With its unusual shapes and innovative design, Mambo offers a glimpse into the future 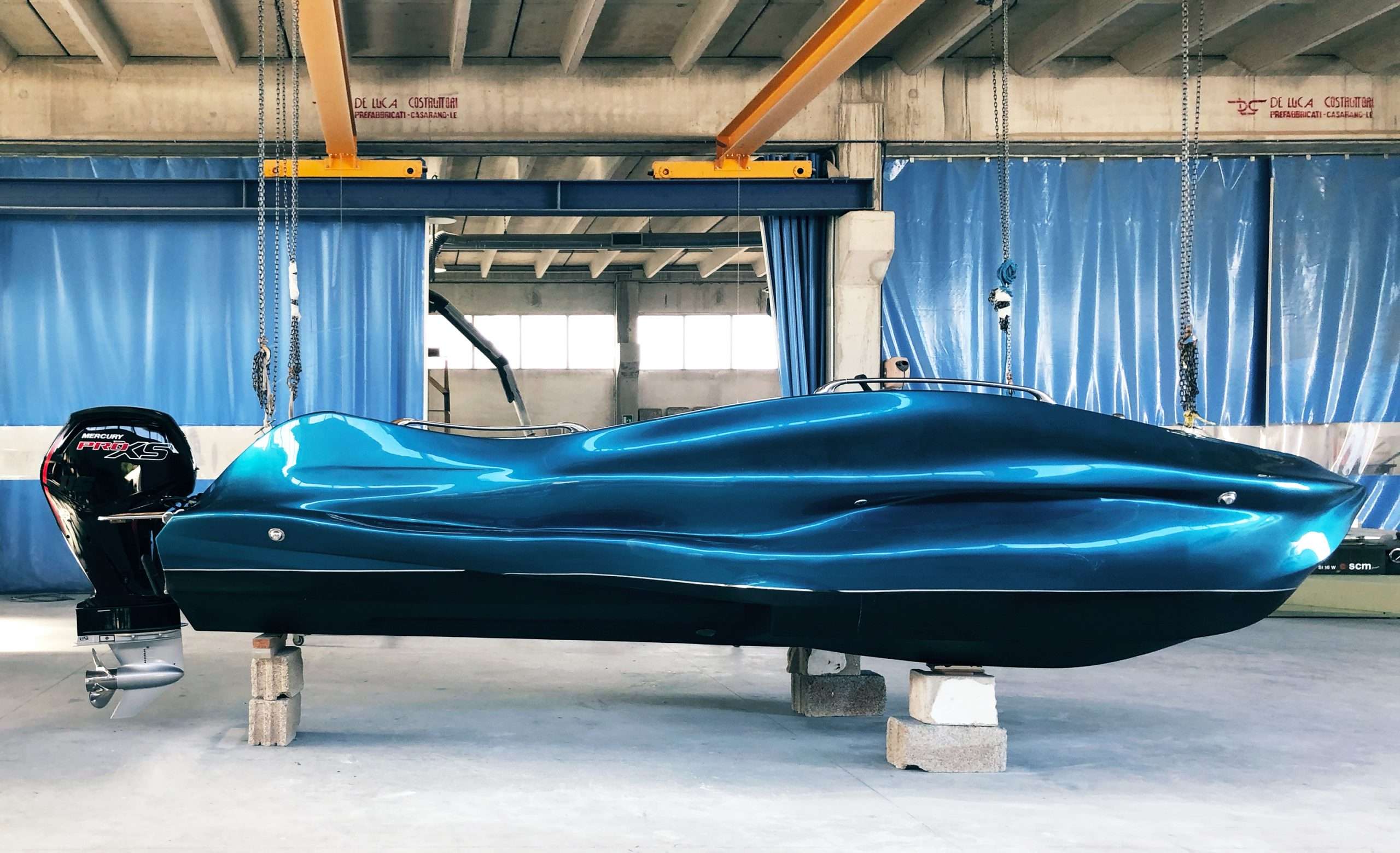 The first real, 3D-printed fibreglass boat turned heads when it made its world debut at the 2020 Genoa Boat Show earlier this month.

The 6.5-metre powerboat, which is covered in a sleek layer of bright blue paint, has been hailed as an example of the next generation of boat design and manufacturing. 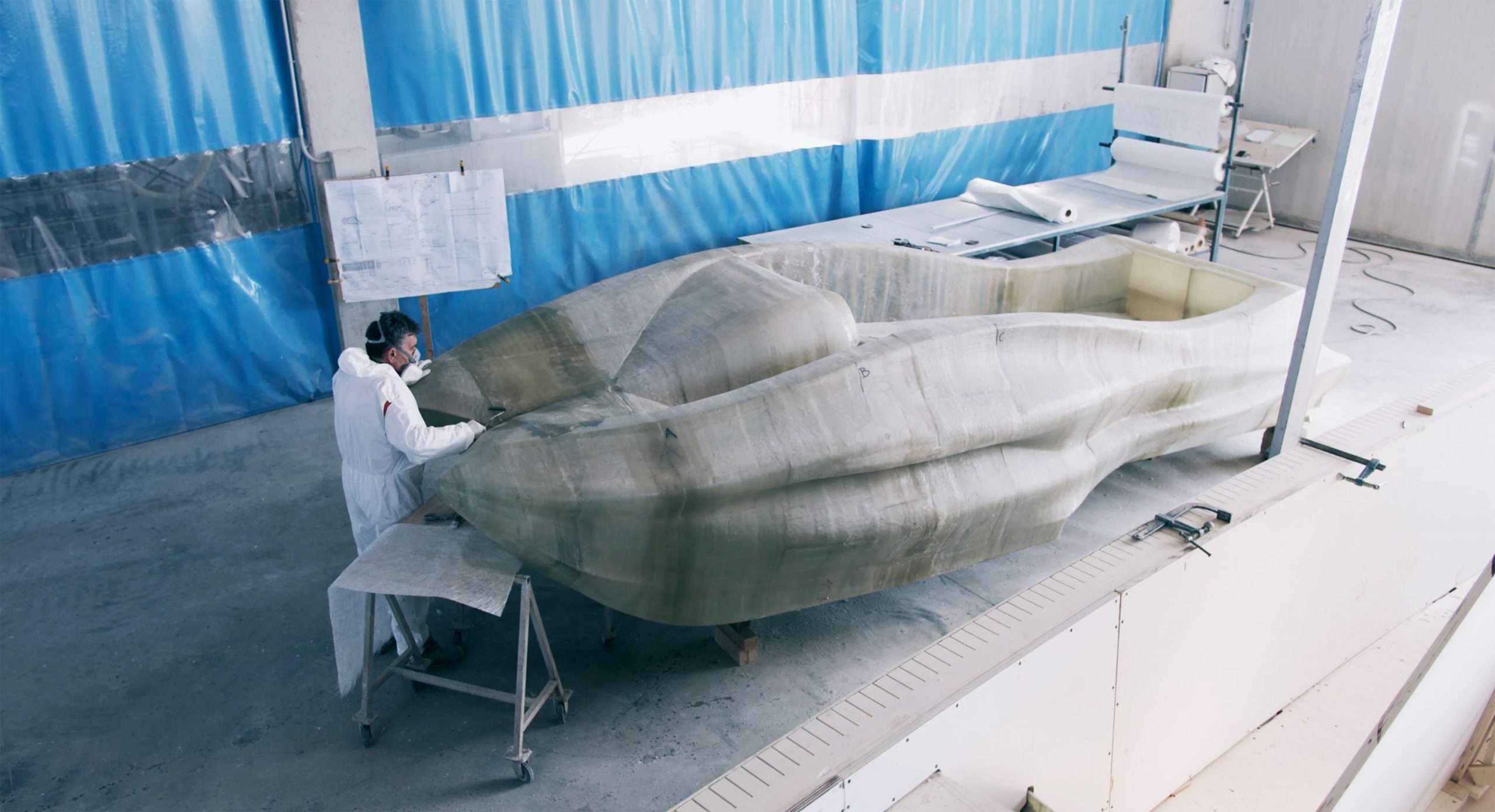 Moi’s process, known as Continuous Fibre Manufacturing (CFM), starts from a digitally rendered 3D model of the object, which is ‘printed’ by machines that deposit continuous fibres impregnated with thermosetting resin. This process allows the creation of products with mechanical characteristics comparable to those of unidirectional fibreglass, without the aid of models and moulds. 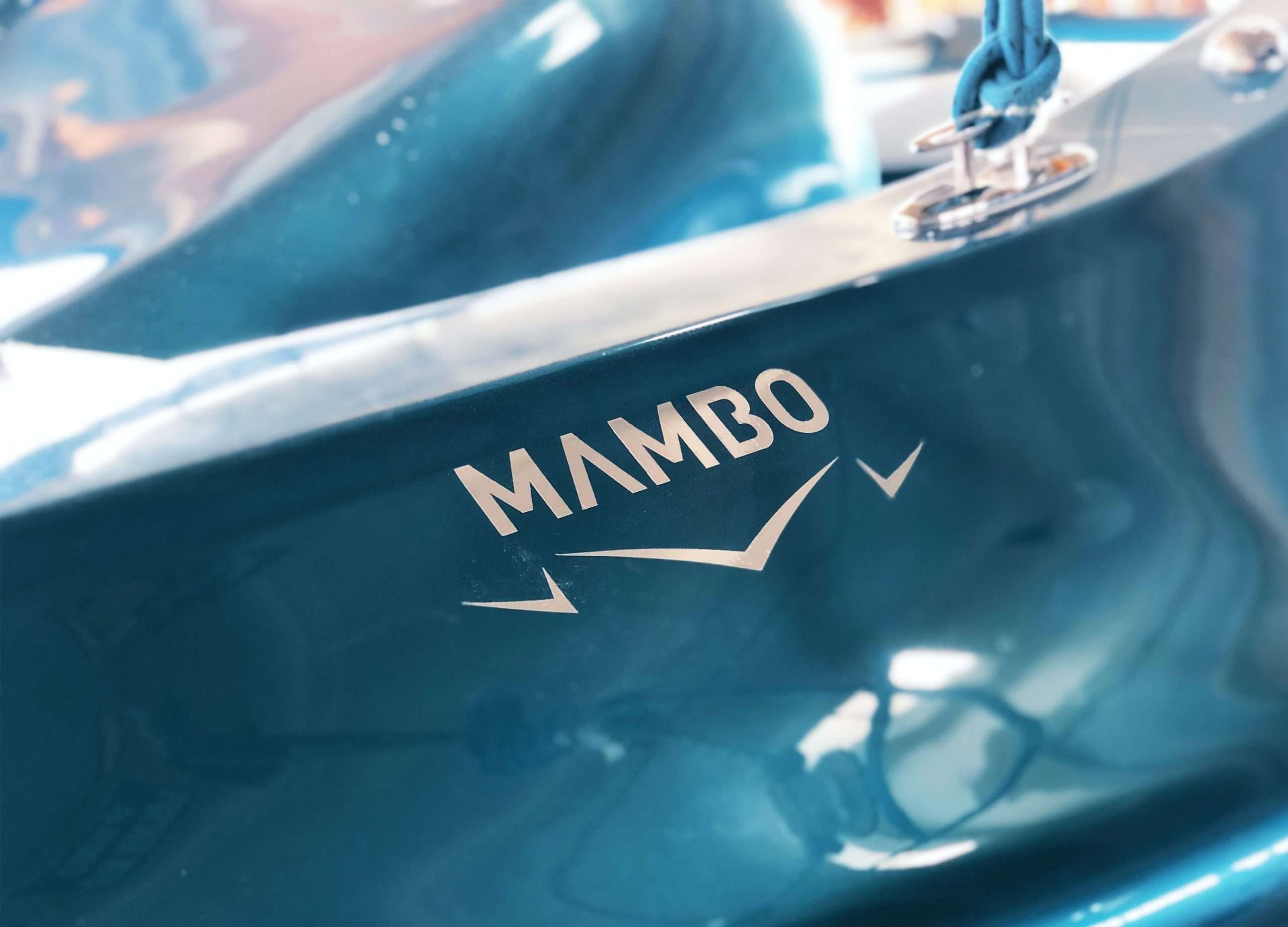 Doing away with the need for moulds also gives the boat a unique shape that couldn’t be achieved with traditional manufacturing. (The hull is described as an inverted tricycle, and is inspired by the Arcidiavolo concept catamaran designed by powerboating legend Renato ‘Sonny’ Levi.)

Indeed, Mambo’s unusual shapes were chosen to highlight the power of CFM technology. “We pushed on the organic shapes of the boat with every single curvature being impossible to manufacture until today,” says Michele Tonizzo, Moi’s co-founder and CTO.

“The most important thing about boats is what you don’t see: it’s the materials,” adds Professor Marinella Levi, co-founder of Moi.

The 3D-printed fibreglass material also makes the boat strong, durable and lightweight, while the robotic process allows for scalability in print size, as well as cost-effectiveness. 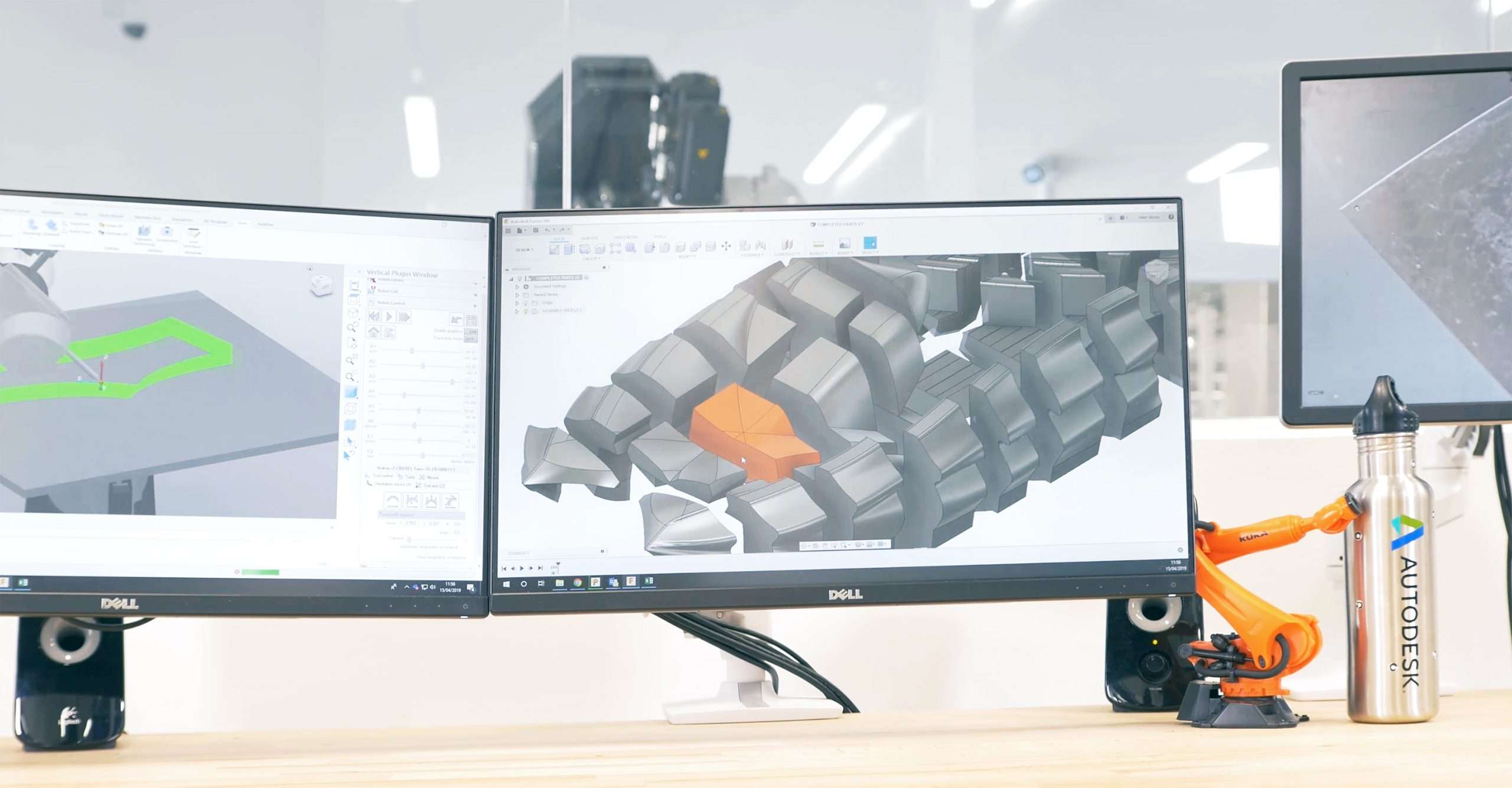 Moi was founded in Milan in 2018 as an offshoot of Politecnico di Milano University. The company has won several prizes for its innovative technology, including the Italian National Innovation Award, the 60 Salone Nautico Design Innovation Award and the JEC Innovation Award.

“We participated in the Genoa boat show in 2017, and it was during this event that we came up with the idea of making Mambo,” says Gabriele Natale, CEO and co-founder of Moi Composites. “We saw the project take shape first, then brought it to life, and finally Mambo arrived at the sea. We have 3D-printed a boat … to give everyone the opportunity to understand and experience the sea in their own way.” 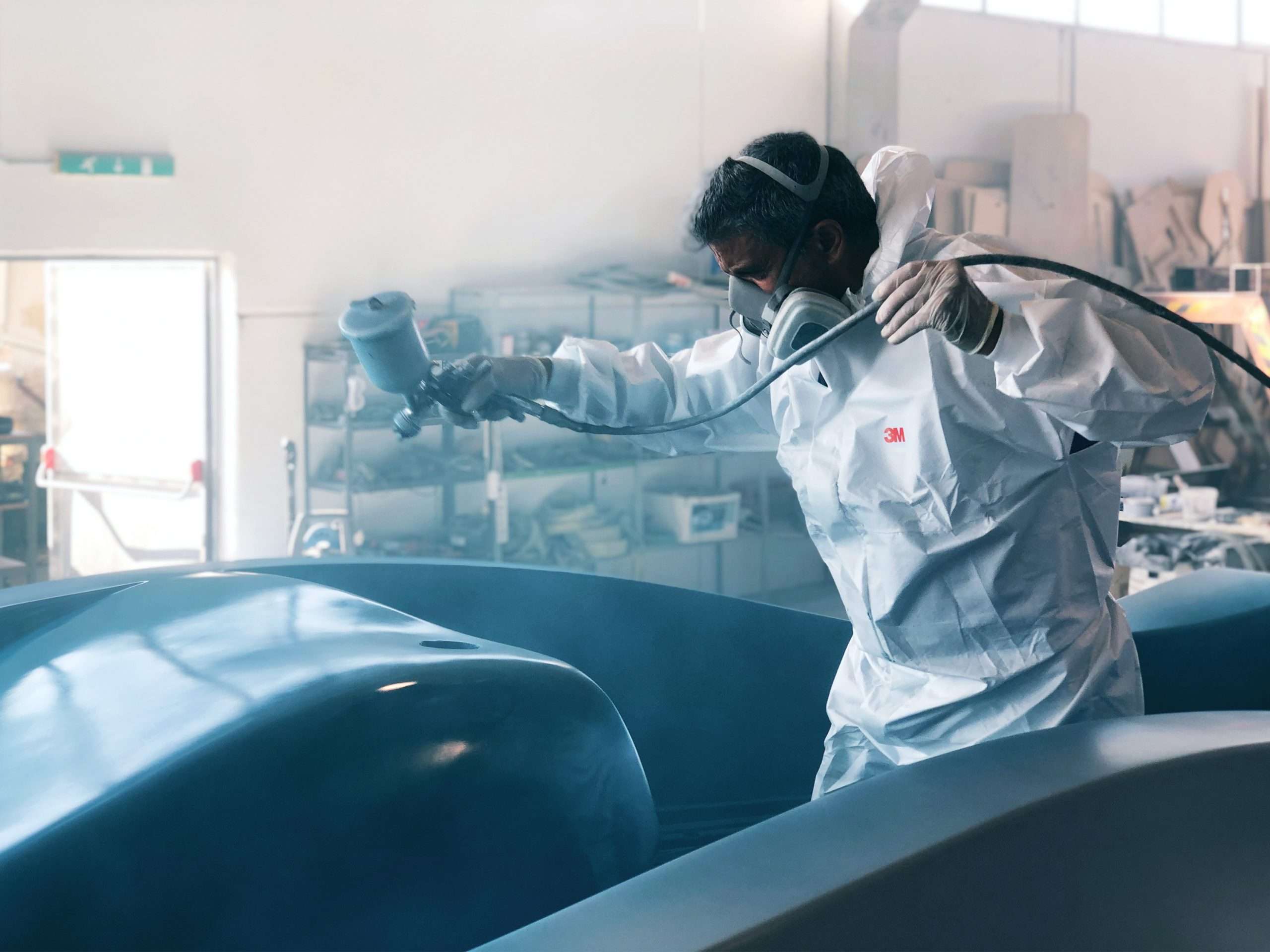 We have 3D-printed a boat to give everyone the opportunity to understand and experience the sea in their own way.

Mambo has a dry weight of approximately 800 kg, and is equipped with a real navigation system, cork flooring, white leather seats, and a 115 cv engine. 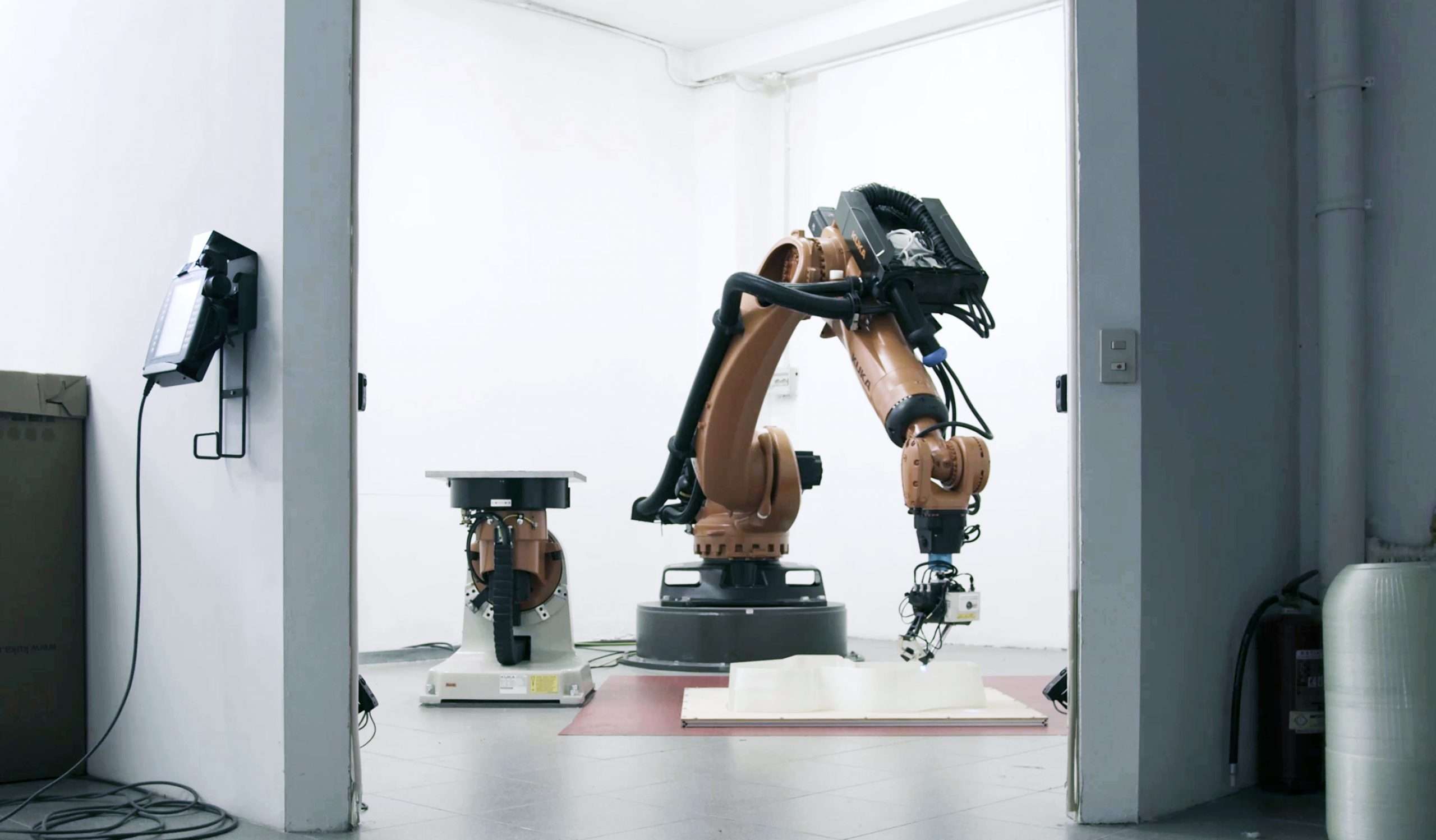 By combining the tireless work of robotic machines with the technique and skill of the craftsmen of the yard, Moi says it has “given life to a hybrid and new industrial system, as technological and digital as analogue and tailored, which today enables the impossible to become possible.” 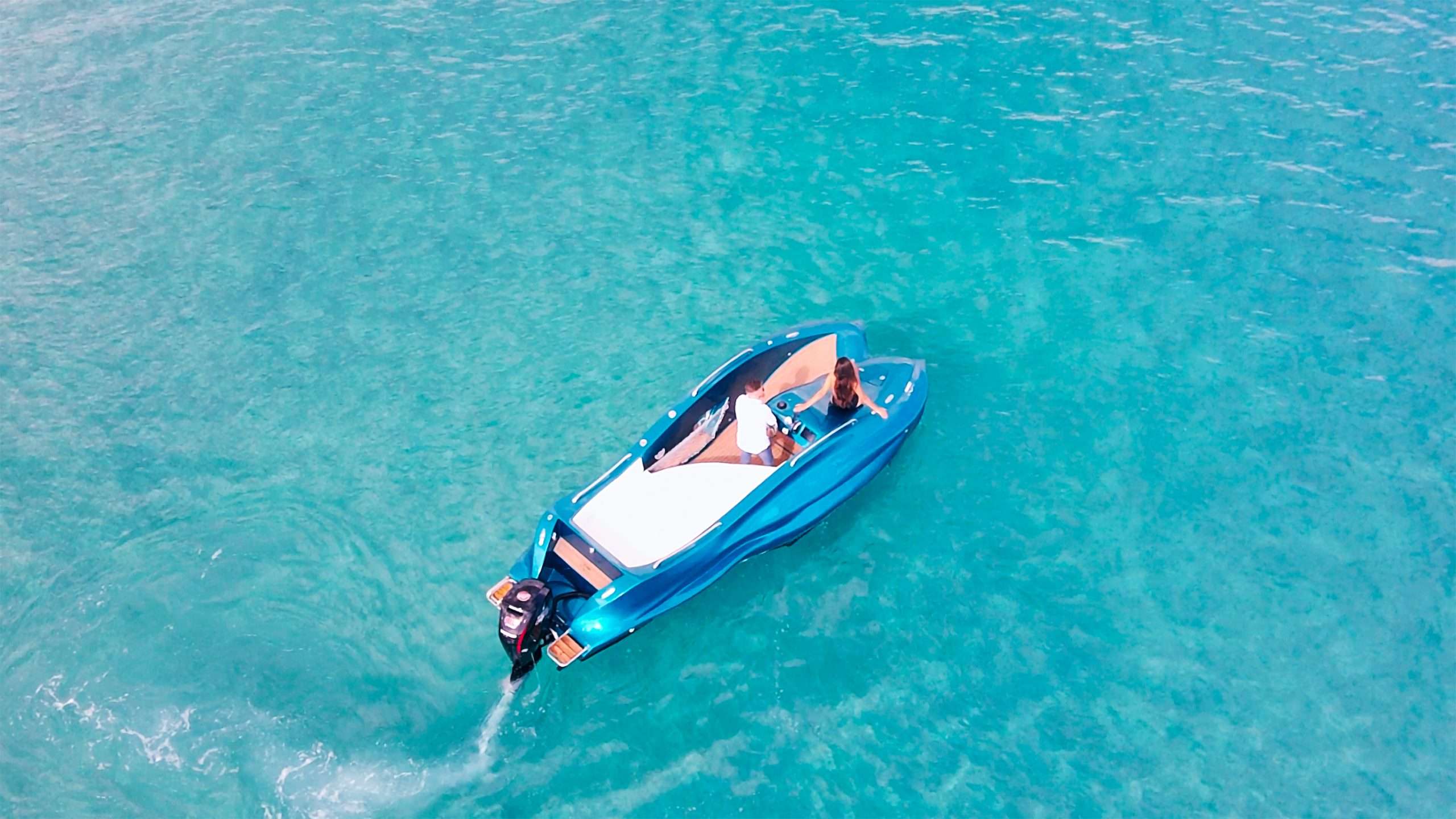