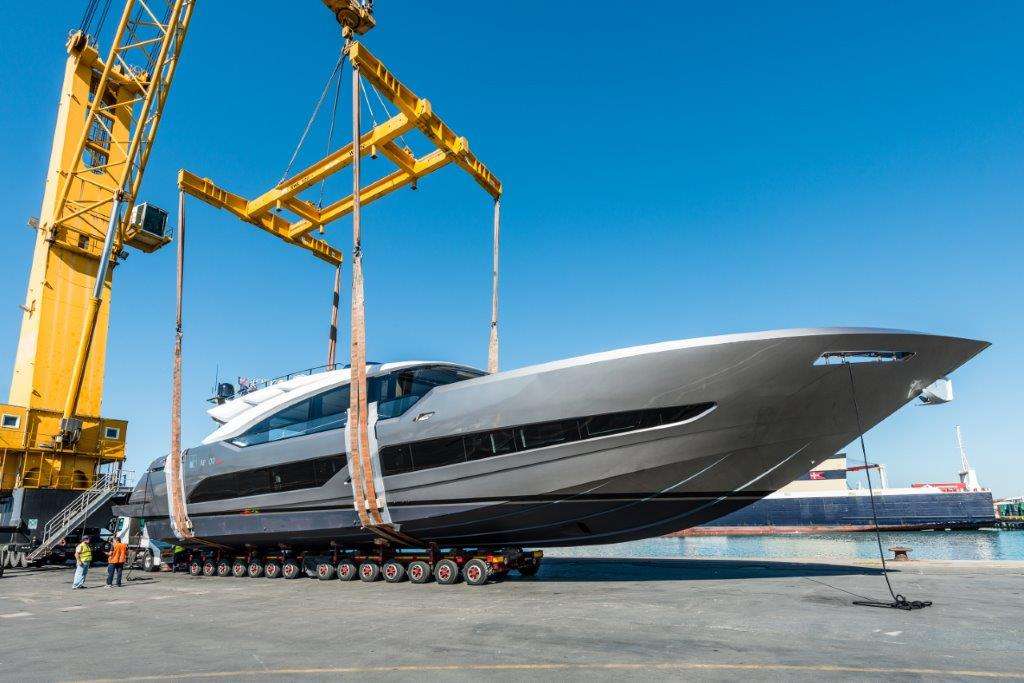 The AB 100 Superfast was launched earlier this month

Italian yacht builders Maiora and AB Yachts, both luxury brands under Italy’s Fipa Group, are having a busy summer after launching seven customised units in the last two months.

Maiora, which produces large-volume flybridge yachts, has launched two 30-metre models: a Maiora 30 Walkaround and Maiora 30 Convertible, which are both already cruising the seas. The latter will also go on display at the upcoming Cannes Boat Show 2021. A second 30 Walkaround is set to be launched in the coming weeks, and will debut later this year.

The walkaround version of the Maiora 30 has a completely open fly, whereas the convertible model has an enclosed and air-conditioned sky lounge, which can be opened when needed.

AB Yachts is known for pioneering hull construction technologies and building high-performance water-jet propulsion boats. The builder has just delivered a custom-made 24-metre project, while a 42-metre AB 142 launched recently and is currently preparing to depart the dock.

The AB 100 Superfast was launched earlier this month. This 30.5-metre vessel can reach an incredible maximum speed of 60 knots while ensuring comfort, safety and seaworthiness, as well as impressive noiselessness. The AB 100 Superfast will be presented as a world premiere at upcoming international boat shows later this year. Another AB 100 vessel will hit the water by the end of August.

All these individual projects have been customised for their owners with bespoke layout and décor, as well as unique technical solutions.

The boat shows at Cannes (September 7-12), Genoa (September 16-21) and Monaco (September 22-25) will feature models that have recently joined Maiora’s and AB Yacht’s fleets.