Lürssen and Rolls-Royce Power Systems announced a further strengthening of their partnership on methanol-based propulsion for emissions-free superyachts at the 2022 Monaco Yacht Show. The partnership will see the development of a methanol demo system capable of handling the propulsion and hotel load of future superyachts.

Green methanol is made by using renewable energy sources to capture carbon dioxide in the atmosphere and bind it to hydrogen. Methanol can be stored and transported in ways similar to marine diesel and it does not require significant changes to existing bunkering infrastructure. Methanol is therefore carbon neutral as the amount emitted by burning it is the same as the amount extracted from the atmosphere. It emits no soot or sulphur, and so no SCR systems are needed. Engines running on marine diesel can be retrofitted to use methanol. 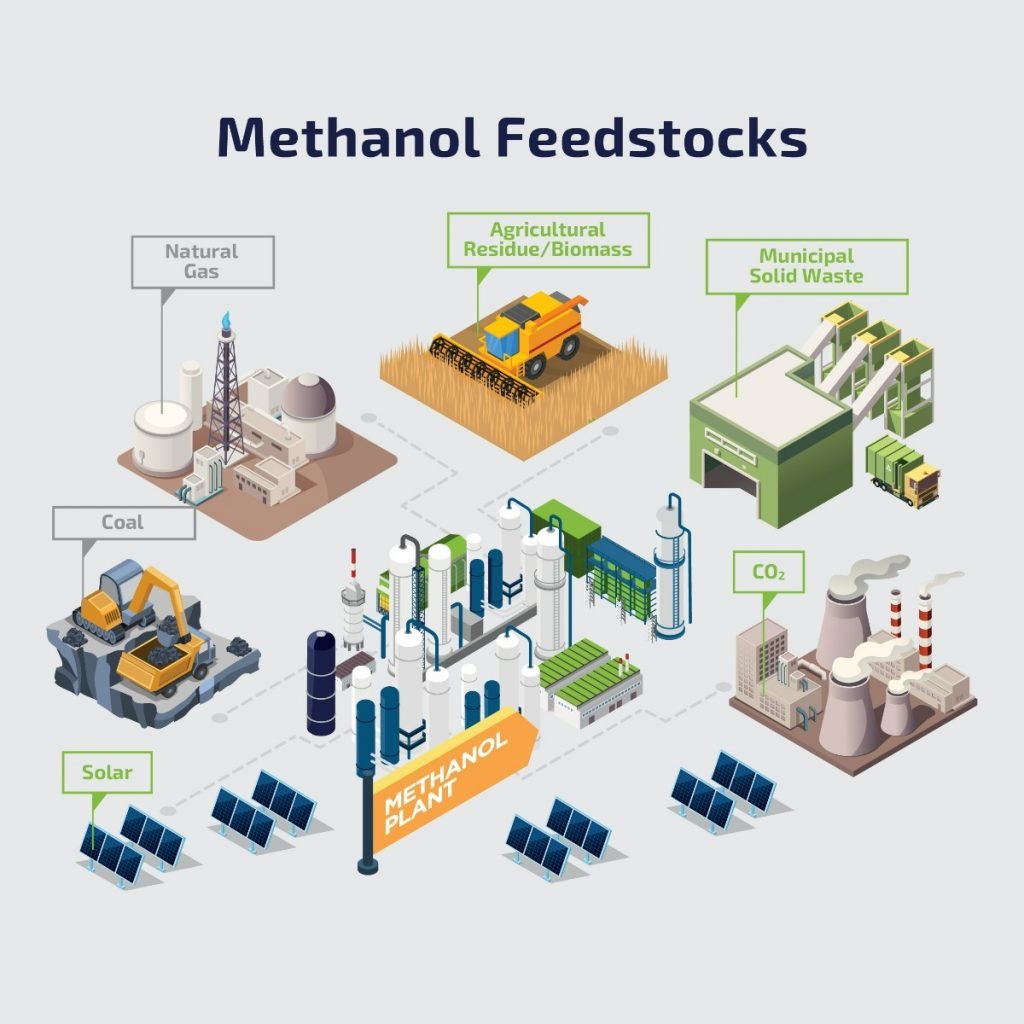 Methanol has been produced via fossil fuels, but there are numerous “green” sources of methanol available to industry. Infographic courtesy The Methanol Institute

Lürssen reckons that yachts of 75 metres and above “offer great potential” for being powered by green methanol. Rolls-Royce is currently developing a methanol engine based on the MTU Series 4000. Traditional diesel self-ignites under high pressure, whereas methanol – with a lower flash point – is ignited using a spark plug, as in a gasoline engine.

“Methanol is currently leading the discussion on alternatives to fossil diesel,” said Daniel Chatterjee, Director of Technology Management & Regulatory Affairs at Rolls-Royce’s Power Systems business unit. “Storage and usage challenges do exist because methanol is highly flammable. But the fuel is liquid at normal ambient temperatures, so these challenges can be managed safely, as with other fuels,” he added.

The main challenge with methanol is that it has much less energy density than diesel, meaning that a vessel using methanol will need tanks around 2.4 times bigger in volume than existing diesel tanks to achieve the same range or power.

“Our customers want to dedicate as little hull-space as possible to propulsion and fuel storage. Methanol has disadvantages here compared to diesel, but clear advantages over other alternatives to fossil fuels. We’re now seeing that today’s prospective buyers of tomorrow’s yachts are increasingly thinking about how they can make running their vessels as environmentally sustainable and climate friendly as possible,” said Lürssen CEO and Managing Partner Peter Lürssen.

Lürssen Managing Director Dr. Justus Reinke said that customers still need to be convinced of the benefits of methanol as a fuel due to the lower output compared to a diesel engine of the same size. The long lead time on building a megayacht requires that persuasion to happen today.

“We want to work with Rolls-Royce to run a stationary methanol-fueled combined heat and power plant in one of our shipyards as a model for our customers,” said Dr. Reinke.