The Hong Kong landmark, which ceased operation in 2020, capsized last week while being moved to an undisclosed location in Southeast Asia 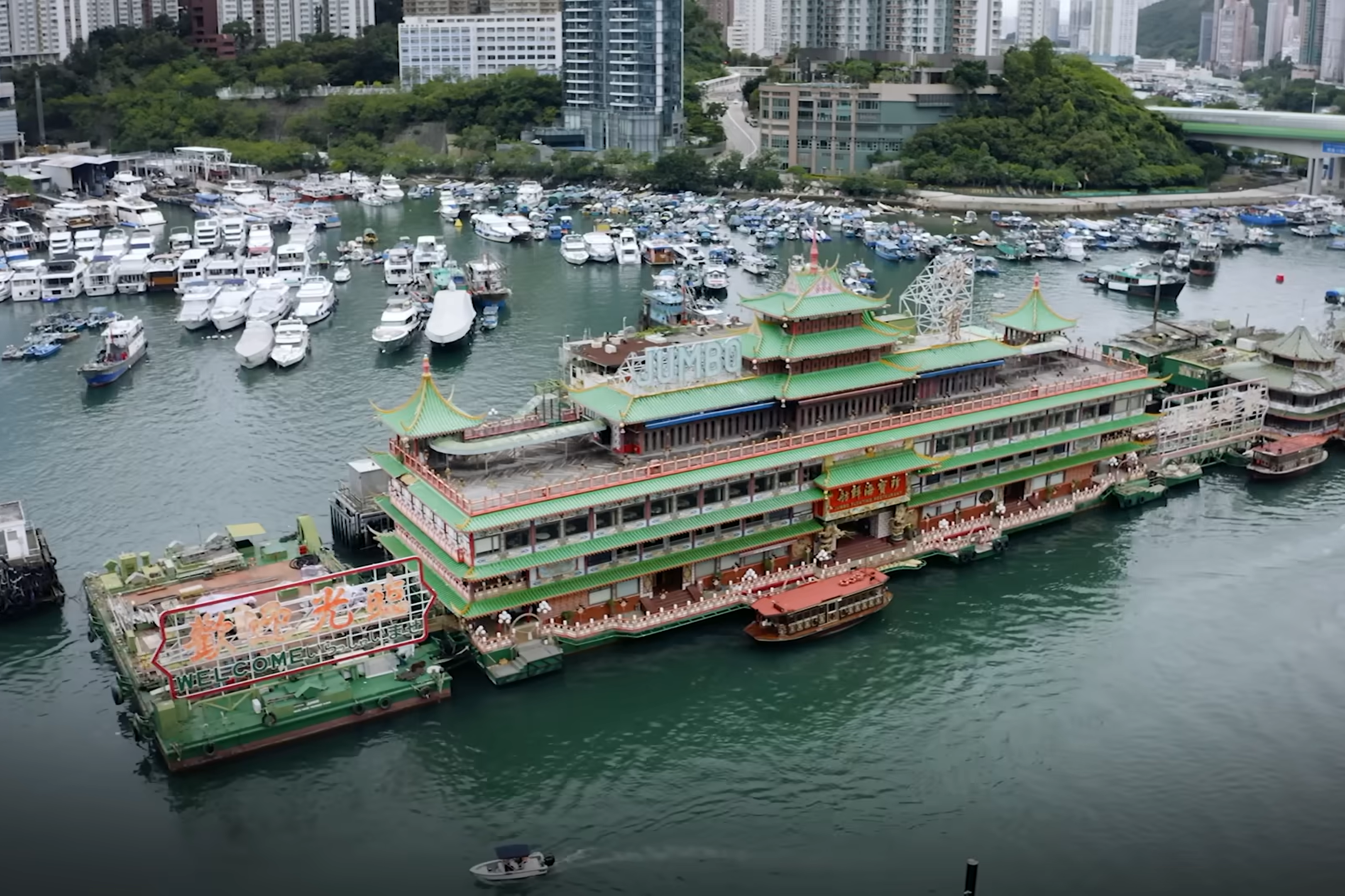 The owners of the Jumbo Floating Restaurant have confirmed that they will not receive an insurance payment, ending a week of intense speculation since the Hong Kong landmark capsized in the South China Sea.

On Sunday, Aberdeen Restaurant Enterprises released a press release confirming that the firm only held third-party insurance for Jumbo.

“The vessel is covered by a ‘Protection and Indemnity Cover for Third Parties Liability’ in accordance with maritime regulations. This insurance covers third party losses, not losses to the company,” the firm said, seemingly putting an end to rumours the company would benefit from the incident.

On Monday June 20, the restaurant’s owners released a statement saying that the restaurant had encountered “adverse weather conditions” and capsized when passing the disputed Paracel Islands (also known as the Xisha Islands), with little chance of salvage works due to the water depth being over 1,000m.

While the statement did not use the word ‘sunk’, the Chinese version of the same statement stated that the vessel had “completely filled with water” and had overturned. No injuries were reported in the incident.

However, on Friday, Jumbo’s PR company Brunswick confirmed to local media that the vessel was, in fact, still afloat.

In its latest statement, Aberdeen Restaurant Enterprises affirms that the company had hired professional marine engineers to inspect Jumbo’s hull and hoardings and “obtained approval from the authorities before the vessel departed from Hong Kong” on June 14.

“The tug company that towed the vessel out of Hong Kong was hired by a licensed third-party broker. The towing method was in compliance with international maritime regulations and customary practices,” the statement continues.

The company adds that, as of Sunday, a tugboat remains near the vessel for safety reasons. It said the local maritime authority, the Sansha Maritime Safety Administration, has been alerted and is following up.

So far, the owners have not responded to queries about environmental concerns or explained why no images or photos of the scene have been released.

In its statement, the firm adds that it had made a cumulative loss of over HK$100 million operating the restaurant since 2013.