During the 10th Superyacht Challenge Antigua (Mar 11-15), two of the four competing J Class superyachts – the 43.6m Svea and 42.6m Topaz – were in a collision before the start of Race 1 on Mar 12. Two Topaz crew members received medical attention, one with four broken ribs, and both boats pulled out of the race with severe damage, according to the J Class Association.⁣ 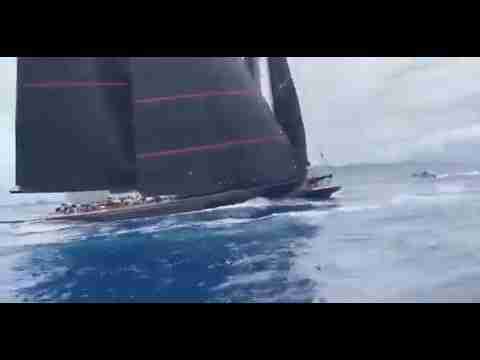 Following the hearing into the incident, the protest committee statement reported these facts:

1. Topaz was approaching the start line on starboard approximately 1min 40sec before the start.

2. Svea on port was on a collision course with Topaz.

3. Despite a last-minute turn to bear away Svea collided with the port side of Topaz at the runner winch causing serious damage.

4. Topaz luffed to avoid when it was clear Svea was not keeping clear

5. On Topaz two crew members were injured with one crew member suffering 4 broken ribs as he was pushed overboard by the bow of Svea. On Topaz the port runner winch was torn off. The boom was broken. Both running back stays, mainsheet and backstay broke under the load. The port gunwale was damaged from the runner winch to the stern. The mast was put under extreme load from the impact and will need further inspection.

6. On Svea one crew member was pulled out of the boat by the runner tail of Topaz. His injuries were minor. The forward underbody of Svea was badly damaged.

7. Both boats immediately retired from the race.

The protest committee concluded that Svea failed to keep clear as a port tack boat and broke rule 10 & 14; and that it was not reasonably possible for Topaz to avoid the collision.

The decision was that Svea took the appropriate penalty by retiring; and Topaz is entitled to redress of average points for Race 1 based on her results in the remainder of the regatta.

However, after the collision neither Svea nor Topaz were able to take any further part in the Antigua Superyacht Challenge regatta. 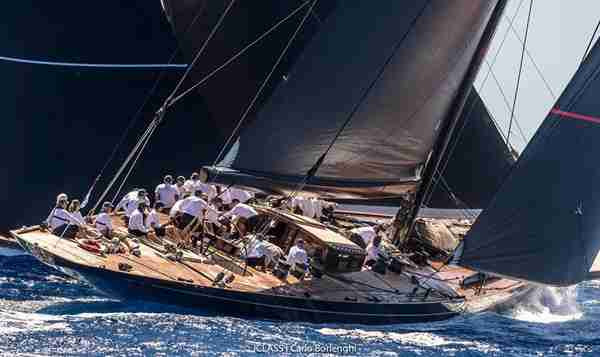 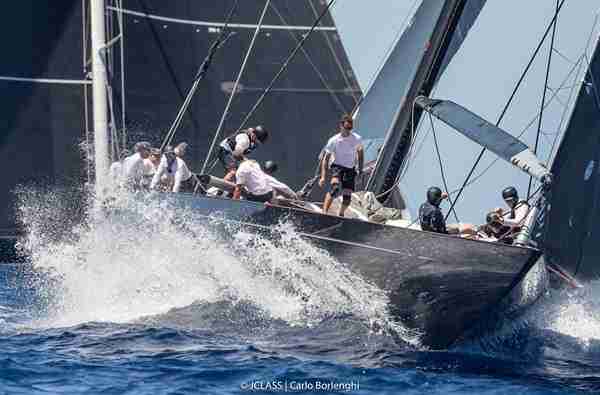 The original lines for the Super-J Svea were by Swede Tore Holm in 1937, but the yacht was never built, according to the J Class Association. Holm’s drawings were eventually discovered by yachting historian John Lammerts van Beuren, and the longest modern J-Class at 43.6m (143ft) was built at the Vitters yard in Zwartsluis, the Netherlands, for an American owner and launched in 2017. 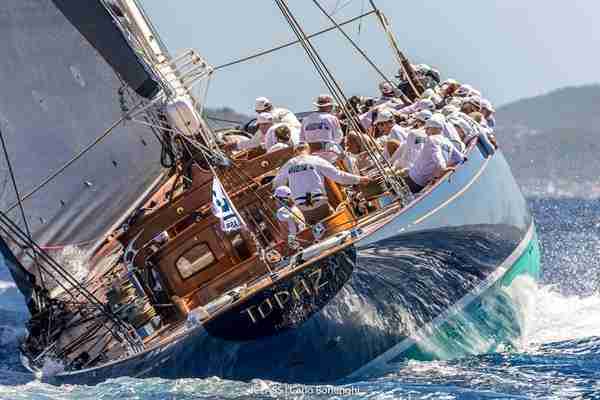 The J Class yacht J8, Topaz, was an unbuilt 1935 design by Frank Paine, who also designed Yankee. Topaz was launched in 2010 by Holland Jachtbouw, with naval architecture by Hoek Design.

The J Class has its roots in the oldest sporting race in the world, The America’s Cup, which was born from an annual race around the Isle of Wight, hosted by the Royal Yacht Squadron and called the 100 Guinea Cup, according to the association.

In 1851, an overseas yacht was allowed to enter the race for the first time. The yacht America was built that year to an innovative new design and had sailed to the Solent in search of racing. Initially excluded from racing against British yachts, she was finally allowed to enter the Round the Island Race for the 100 Guinea Cup.

Winning the race a few minutes ahead of the next British yacht, America claimed the trophy that became known as the America’s Cup and took it back to the USA to await challengers.

In 1929 Sir Thomas Lipton, famous for his import of Lipton Tea from India, issued his fifth challenge to the Americans for the America’s Cup. He commissioned the build of the first J Class yacht, Shamrock V (37m), which signified the start of a new era in design evolution and racing.

The Universal Rule came into effect in 1930, whereby the size of a yacht was determined by waterline length and shown as an alphabetical list. ‘J’ signified yachts with a waterline length of 75ft to 87ft. The addition of the new design Bermuda mast allowed the yachts to carry a huge sail plan. Nothing so large and ‘awesome’ had been built previously.

The rest is history, and Shamrock V is still sailing strong.