The Mentawai Islands of Indonesia have become a surfing mecca, and they are likely to become another great Asian yacht destination, if stunning coastlines, magnificent beaches and a remote culture are anything to go by.

Sumatra is one of Indonesia’s biggest islands, and boasts some of the archipelago’s best, untouched scenery. Facing the Indian Ocean, Sumatra is the western-most extent of Indonesia, and its western coast features big seas that lash volcanic mountains along the coast. Padang is the capital city of West Sumatra State.

As we pass by in our mini bus, the Padang locals stare at us with the sort of bemused puzzlement that surfers have long been accustomed to encountering. This city has for centuries been Sumatra’s main trading centre, and it has the cultural and culinary richness to prove it. But for the sprinkling of western tourists who pass through here during the surf season from March to September, it is just another Third World city on the way to paradise, despite its illustrious legacy. 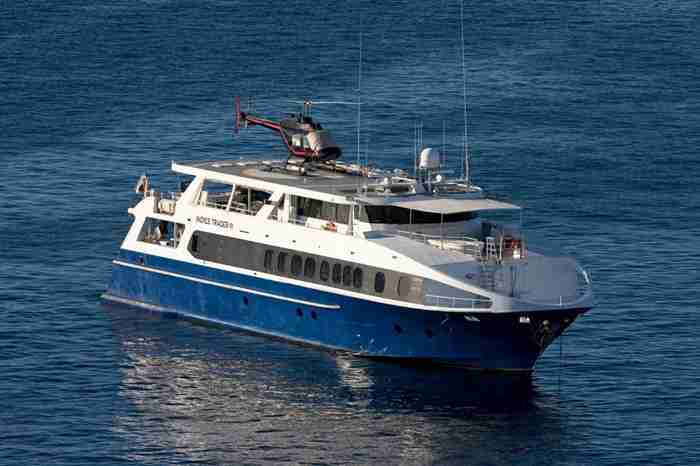 The Mentawai Islands, a chain of islands running parallel to the west coast of Sumatra, are the undisputed world mecca of surfing. Once upon a time, the powerful and historically significant shores of Hawaii enjoyed the status of compulsory pilgrimage for the surfing elite. Indonesia, and the Mentawais in particular, are now the place where every self-respecting surfer must visit at least once every few years. Along with them, yachtsmen will find plenty to keep themselves in their cups, whether on a surfboard or off.

The southwest-facing coral-lined shores of the Mentawais form intricate shapes that are perfectly placed to receive swells created in the Roaring Forties, in the southern reaches of the Indian Ocean. By the time the swells arrive, they have settled into long-period straight lines, allowing them to break mechanically on the 40-odd perfect reefs that can be found in the Mentawais. These magnificent waves are set against a beautiful tropical backdrop and brushed by warm tropical breezes.

Surfing the Mentawais is exciting enough, but doing so from the comfort of the 34-metre Indies Trader IV takes the experience to another, more luxurious level. In some ways, it symbolises the future of tourism in this region. 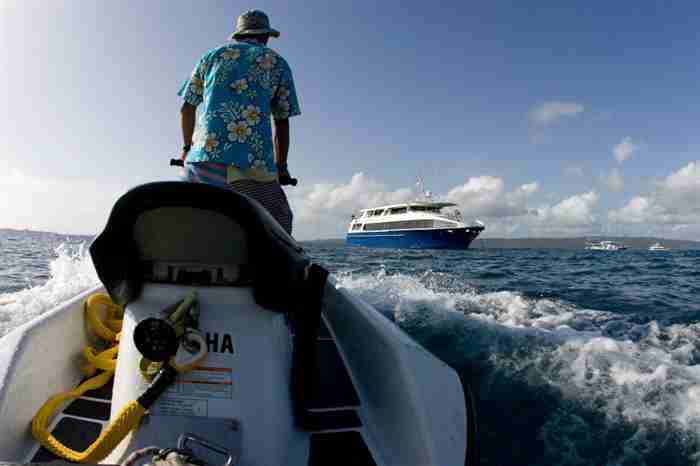 Our mini bus from the airport drops us at Padang harbour, where our charter yacht shines like a beacon amid the primitive fishing boats and rusty cargo vessels also at anchor. The Indies Trader IV is not without a reputation. It is the flagship of the fleet operated by Australian surf-charter pioneer Martin Daly and has played a cameo role in a few professional surf videos shot in the Mentawais. To most surfers, it is the boat that hosts surfers such as world champions Kelly Slater and Mick Fanning on their annual pilgrimages here. But now it’s being offered as an alternative (and reasonably affordable) charter for less professional surfers who want their partners to come along for the ride. 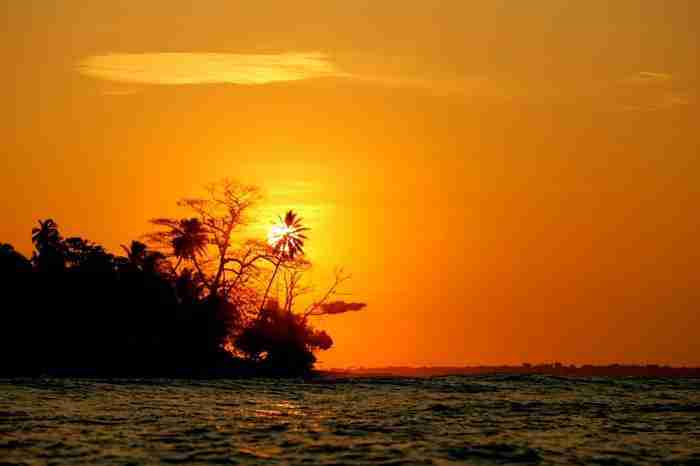 Let me cut straight to the chase here. After only three days aboard Indies Trader IV, I develop a slightly snobbish attitude towards the handful of other surfers we meet schlepping around the Mentawais on lesser vessels, some of whom refer to the Indies Trader IV as the “Death Star”. At one break called Diablo, I start talking to a group of French surfers who, until they met me, thought they were on the surf trip of a lifetime.

“You are staying at the camp?” one of them asks, referring to the quaint tropical restaurant and cabins on the beach (one of several springing up on the islands nearest the best groups of breaks).

“No, I’m on the Indies Trader,” I reply, pointing to our mini cruise liner anchored in the channel. They are envious. Their charter boat, dwarfed by the Trader, is typical for the Mentawais: a coastguard-style steel-hull cruiser refitted to cram as many passengers as possible in bunks below decks. In contrast, Indies Trader IV has 15 individual air-conditioned suites, each with a flat-screen television, en suite and iPod dock. It can speed between breaks at 13 knots and cover 5000 kilometres without stopping for fuel. The level of comfort is obvious just by looking at it. But the crucial detail isn’t.

“And we all brought our wives and girlfriends,” I tell the French surfers, who now really look deflated. Schadenfreude is not something I usually indulge in, but on this occasion I can’t help it. 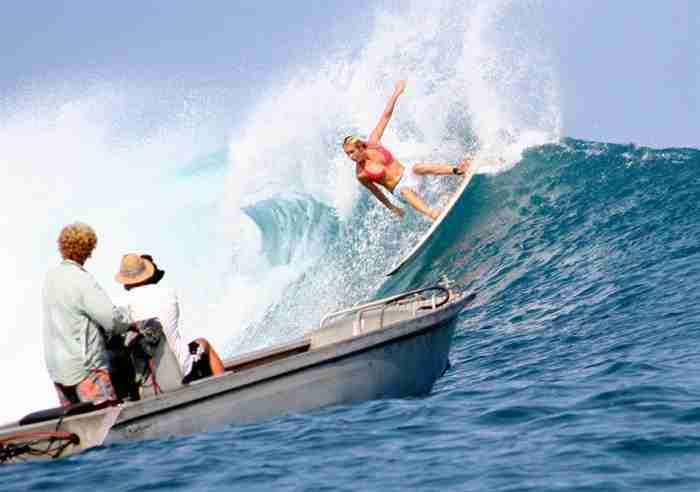 The impact of surf

The Mentawais have been transformed by surf tourism, but in a way you wouldn’t expect. In 1999, a New Zealand surfer and doctor named Dave Jenkins did what most surfers at the time never did. He went ashore, and was horrified by what he saw. Only a few hundred metres from one of the region’s most famous breaks, he discovered an alarming rate of infant mortality and serious but preventable diseases, such as dysentery, tuberculosis and measles. Jenkins responded by setting up an impromptu medical clinic. But his efforts wouldn’t stop there.

When he returned home, Jenkins quit his job and started Surfaid, which has since become an award-winning charity that has almost single-handedly, with considerable funding from the surf industry, reduced mortality rates, distributed mosquito nets to reduce malaria and encouraged the farming of more nutritious food. 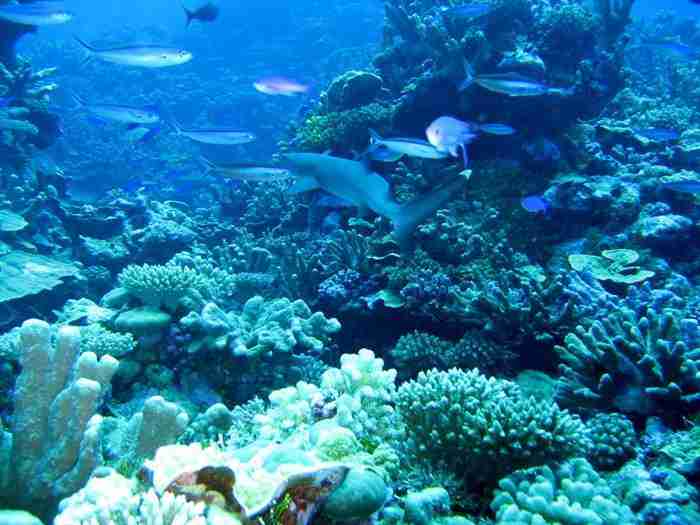 The boat operators too are doing their bit to help the locals. They recently formed the West Sumatran Boat Association, based in Padang. it has 35 members, all of whom add a daily surcharge to their charters, which is then voluntarily passed on to the Mentawai Government.

When the surf backs off, we too go ashore, and encounter people and villages dramatically transformed since Dr Jenkins made his historic visit a decade ago. The Trader IV’s dinghy takes us to Tuapejat, the Mentawais’ biggest town, where we stroll the two main streets, buy a delicious serving of western Sumatra’s best-known dish, beef rendang, and are surrounded by uniformed school kids yelling “Hello mister!” The shops are clean, the people all smile, and the mobile-phone tower on the hill overlooking the town is a reminder of the changes that are happening here.

On another excursion, to a small island near Tuapajet, we meet some locals whose occupation is harvesting and drying the cloves that grow wild in the hills behind their thatch-roofed huts. Smoking clove cigarettes is a national pastime in Indonesia, and these gatherers seem to enjoy a steady, if simple, commercial life.

The uncharted islands offer excellent opportunities to explore. On the way back from Tuapejat, the dinghy takes a detour up a shallow, winding jungle creek. The canopy is a lush green, the creek is strewn with fallen logs and the humid air is alive with the prospect of exotic wildlife. We don’t see any, but the feeling that we are venturing into a cross between a scene from Apocalypse Now and a David Attenborough expedition is vivid enough. We switch off the outboard and drift, mesmerised by the utter silence of the jungle, momentarily as far from our urban lives as we can get without leaving the planet. 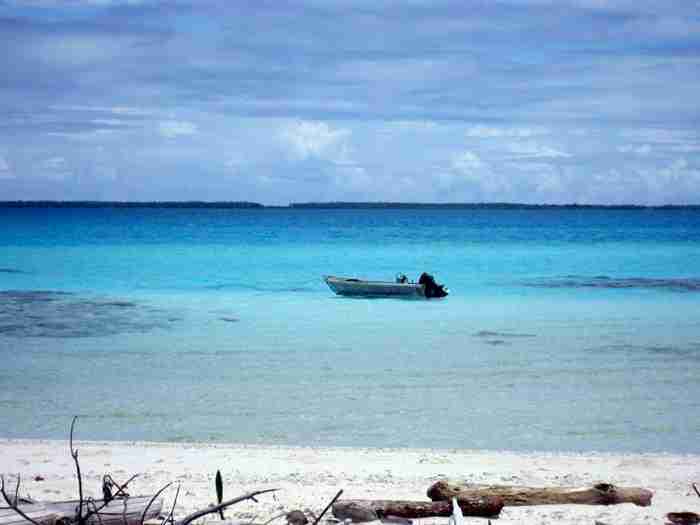 Moving on the Mentawais

The Mentawais are on the verge of dramatic change. After almost 20 years of uncontrolled (mostly foreign) charter operators, the Indonesian government is taking over. It has indicated that some time in the next couple of years, charter boats will need to be flagged Indonesian and have an Indonesian captain. “That’s a good thing,” says veteran operator Matt Cruden, an Australian who has been operating in the region for 17 years.

Cruden says the region is “absolutely” in a state of dramatic change, and boats such as the Trader IV and his own family-style resort (Latitude Zero, in the Telo Island, just north of the Mentawais) are at the forefront of it. “The people who are coming are not just the hard-core surfers who used to come here in the 1990s,” he says. 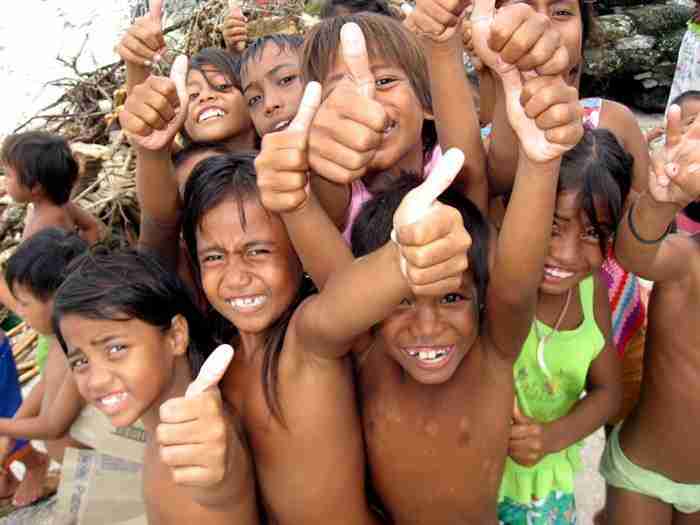 Like some other land-based resorts popping up in the area, Latitude Zero, which has two large houses set around a tropical swimming pool, offer activities for surfers’ kids and partners, such as wireless internet, snorkelling, paddleboarding and, of course, long walks on remote tropical beaches.

As for private boats cruising through the region, all he advises is to obtain a cruising permit from an Indonesian embassy before sailing. The place that has been a must-visit for surfers for the better part of two decades is quickly developing, and will soon be on the to-do list of anyone who likes idyllic tropical beaches in a region that embraces and understands the benefits of tourism.

Visas:
All visitors to Indonesia require tourist visas. The nationals of 63 countries are granted 30-day visas on arrival. All other nationalities need to apply in advance to an Indonesian Embassy or Consulate.

Cruising Permits:
All yachts wishing to visit Indonesia must have a cruising permit issued by the Indonesian Government. This cruising permit must list all the islands and major ports that you intend to visit in Indonesia. Like any other country, with the correct paperwork and permissions, checking into Indonesia is straightforward and hassle free.

Yacht Support Agencies:
There are two yacht management and support agencies operating in Indonesia, Asia Pacific Superyachts and Indo Yacht Support. Both can arrange the paperwork and supply for a visiting yacht in Indonesia.
www.asia-pacific-superyachts.com
www.indoyachtsupport.com

Chartering:
Indies Trader IV specialises in surf charters all over Indonesia and the South Pacific, with the Mentawais being a favourite destination. Though popular with wealthy surfers, Indies Trader IV also boasts Scuba equipment, as well as other means of having fun.
www.indiestrader.com/boat-trips-surfing-mentawai-islands

SY Asia, a 30-metre cutter-rigged sloop, purpose-built by her owner and captain Paul Johnson, has also run charters during the summer season (May-November) in the Mentawais, and can handle expeditions along the West Sumatran coast. Johnson, a frequent contributor to Asia-Pacific Boating, and his wife Debbie have been running luxury charters in Southeast Asia for 12 years.
www.boat-yacht-charters.com

Getting There:
Cathay Pacific and Singapore Airlines provide direct flights to Jakarta, while local airlines can provide transport to further reaches of the island. Private aviation firms such as MetroJet and Tag Aviation out of Hong Kong, and MyJet Asia out of Singapore, can fly exclusive charter parties to anywhere with an airport. The Mentawais’ nearest port is Padang. Indonesia’s national airline, Garuda, operates three flights daily to Padang from Jakarta.

Places to Stay:
Though previously inhabited only by the native Mentawaians, a hunting and gathering tribe, several resorts have popped up to serve the surfers and other adventurers looking for the best in untouched scenery. Among them is Latitude Zero, which offers comfortable bungalows and a pool, plus plenty of service. The resort can arrange for boat charters, either on its own Phinisi, or on its other speedboats that can whisk guests away to surfing, diving, fishing, or beach lounging spots.
www.resortlatitudezero.com

Padang boasts a few hotels, but is relatively isolated. The Hotel Batang Arau is a a boutique hotel built within an old Dutch colonial bank building. A travel agency operates in the hotel, and can assist with surfing charters. 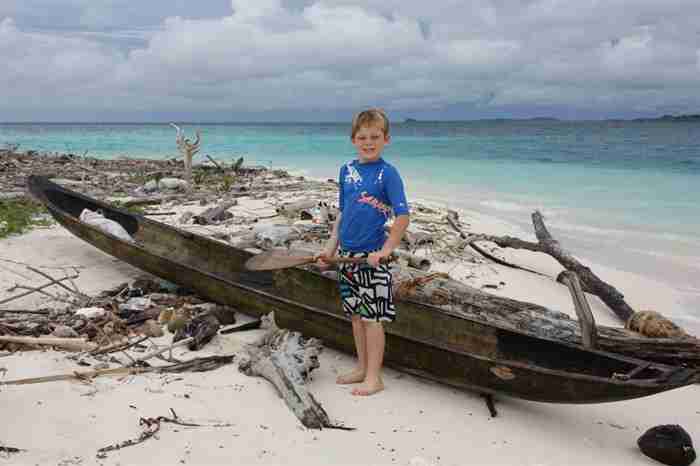