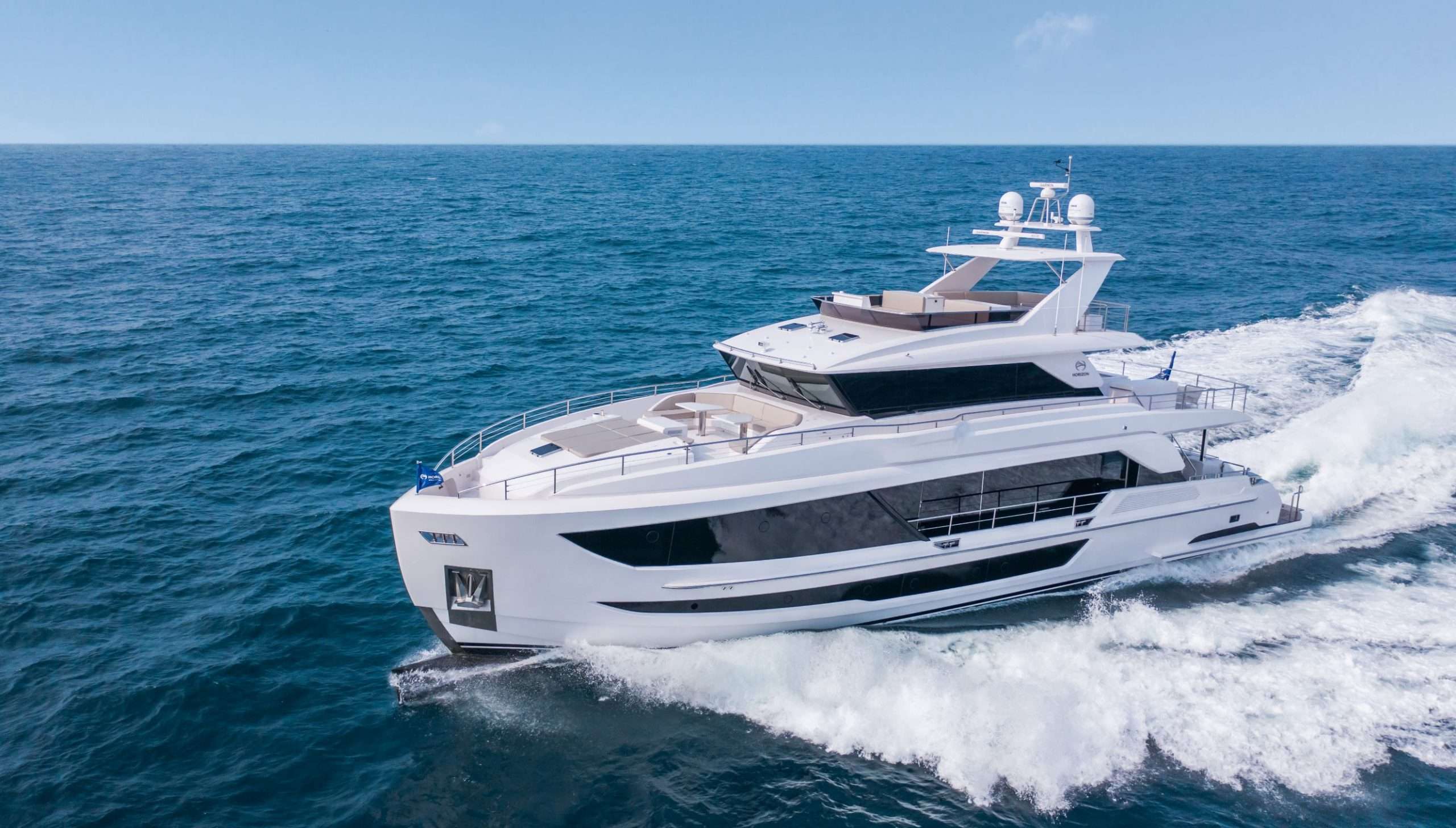 Horizon Yachts of Taiwan has launched the second of its FD92 series for US owners. The yacht is now en route to the US and due to arrive in January 2021. The launch follows on from the launch of the first FD92 in November 2020.

The FD92 is one of seven models in the FD series, which was designed by Cor D. Rover. The FD92 is an extension of the FD87 hull but features a trideck design with carbon-fibre flybridge. The FD series is characterized by big internal volumes and the hull, which features a wave-piercing bow. The largest in the series is the FD125, which is yet to be built.

With a wide beam of over seven metres and length overall of 28.6 metres, the FD92 has five staterooms, including a full-beam master stateroom. There is significant stowage space as well. On the upper deck, the enclosed skylounge features a wheelhouse forward and a casual seating area facing a pop-up television and dayhead aft. 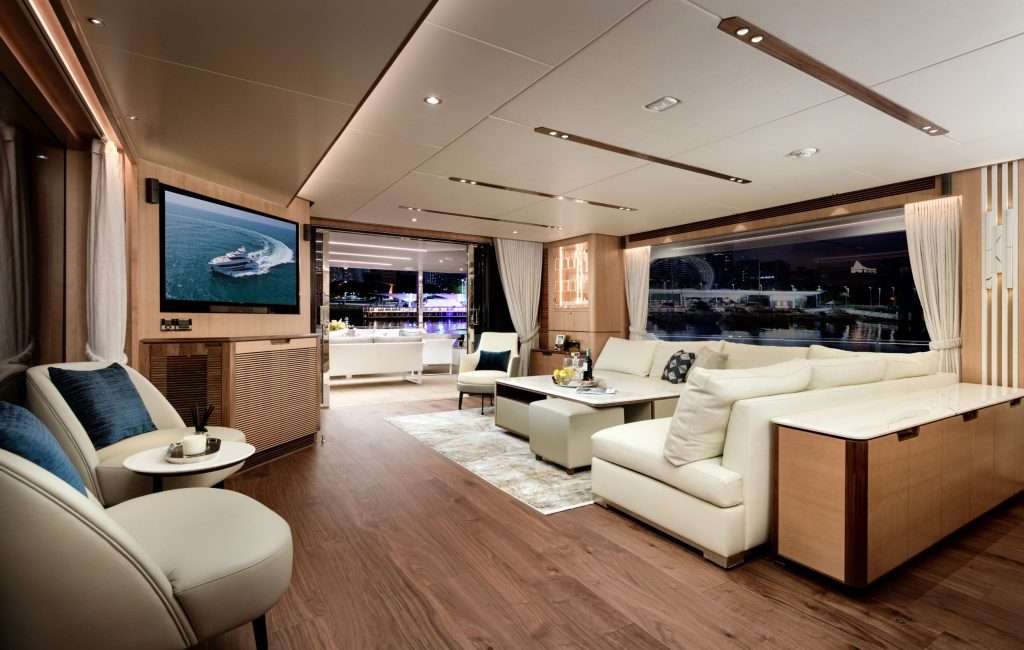 The engine room, crew quarters and beach club are positioned aft of the guest accommodations. The crew area has been designed with a Captain’s cabin and two bunk cabins. The tender is stowed aft and launched/retrieved by the hydraulic Steelhead davit. The hydraulic Hi/Lo swim platform offers a 900kg capacity and features a built-in shower.

The FD Series has been a popular addition to the Horizon line since its introduction four years ago. Horizon has launched and sold 26 FD Series yachts, mostly to clients from the US, but also significant numbers to Europe and Australia. Asia remains a relatively small market for Horizon, with just one FD series yacht being sold to a buyer in Japan.

Over the past three decades, Horizon has become the most prolific yacht maker in Asia, with 835 yachts built, ranging in size from 50 to 150 feet.