The infusion of the 140ft hull breaks the yard’s prior world record of infusion of a 136ft hull set in 2005. At the turn of the century, when most shipyards were using the traditional hand-lamination method to produce composite hulls, Horizon established Atech Composites to focus on increasing the strength, integrity and durability of its hull structures. 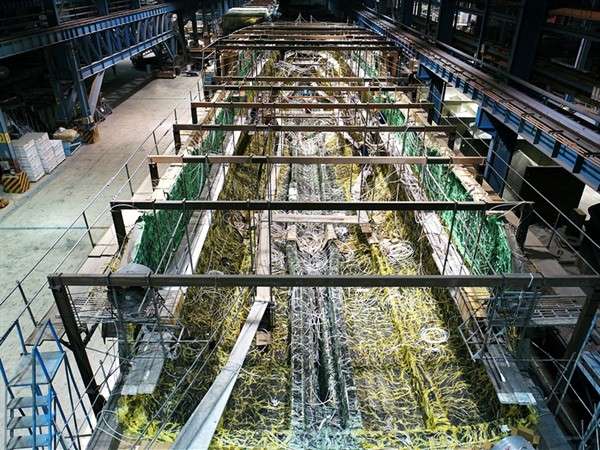 The process of 3D flow allows the resin to climb up and down internal stiffeners, enabling the construction of larger structures than previously possible. The new infusion technology facilitates the flow of the resin in all directions – instead of a planar direction only – and allows for the stiffeners to be integrated with the yacht during the infusion process, which leads to the yacht being both lighter and stronger. 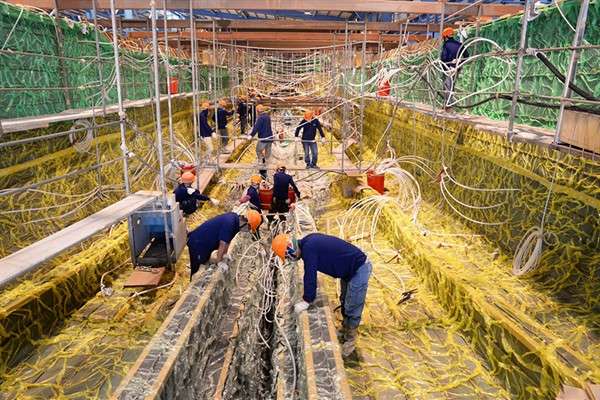 In 2005, Horizon broke the world record when it infused the hull and stiffeners of a 136ft hull in one shot using this improved 3D infusion technology. The hull became the multiple-award-winning Horizon P130, Miss Rose. The pursuit of innovation that defines Horizon did not stop there, and this year, using further improved technology, Horizon surpassed its own world record by infusing a 140ft hull and stiffeners in a single shot.

The infusion process facilitates the flow of resin into fiber interstices and core material grooves through pressure variation. As the size and type of molds have evolved, so too has the need for better control on the resin flow, which has put Horizon’s infusion techniques to the test. Continuous testing over the last two decades has allowed Horizon to address any challenge encountered and to now be able to infuse any type of mold completely. This improved technology ensures consistency throughout all structural components, creates hulls that are as light and as strong as possible, and reduces the emission of Volatile Organic Compounds (VOCs) by nearly 80%.

Horizon believes that the Chinese proverb “Learning is like rowing upstream; to not advance is to fall behind” is applicable to the yachting industry; to learn and progress is imperative as a luxury yacht builder, especially in the production of safe, high quality hulls. Innovation is and always has been the core value that enables Horizon’s sustainable development. Continuous investment in research and development, technology, and equipment throughout the years has allowed Horizon to not only build high quality, reliable yachts for owners, but to remain an innovative industry leader and a pioneer for yacht manufacturing technology.

The construction of the 140ft fully infused hull is now in full swing, with an extensive series of tests under strict quality control guidelines planned.