Sailors back out on the water after lull in Covid cases 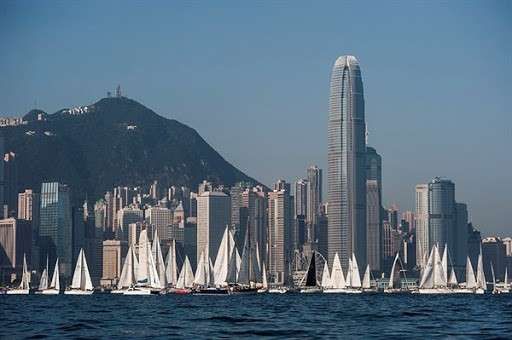 Hong Kong boat owners are getting back out on the water in greater numbers, as relief over two weeks of no new Covid-19 cases and great weather saw a surge of yachts being chartered and taken out, according to marina managers and charter companies.

“There’s a lot of people desperately trying to get out on the water,” says Rob Allen, sailing centre manager at Hebe Haven Yacht Club. “Over the four-day weekend (May 7 to 10), we’d never seen so many empty berths, with many boats out for two or three nights. The waters around Sai Kung were very busy, and that’s great to see.”

“Boat usage definitely increased over the past weekend, although we’re not back to normal yet,” says Alex Johnston, marine services manager for Aberdeen Boat Club. “This is partly down to people being more relaxed over Covid-19, but also the really good sailing weather; April was still quite cool.”

The surge in yachting activity will be good news for local charter companies.

“A few weeks ago, we had zero charters running. On the last long weekend, we had eight charters and this week we’ve already had six booked with more enquiries coming. We charter yachts every weekend now,” says May Choi, Simpson Yacht Charter Manager for Hong Kong. 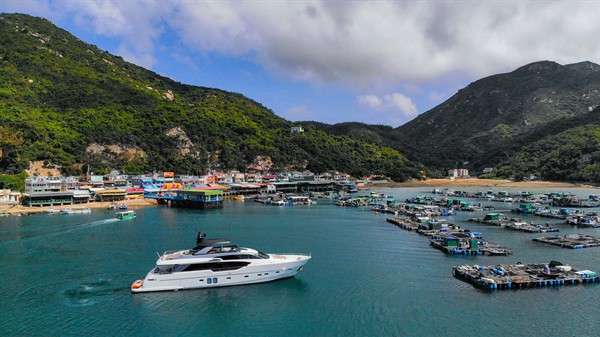 Simpson Yacht Charter has remained operational throughout the coronavirus outbreak and been promoting local area charter with offers such as free nights at the Hong Kong St. Regis hotel and discounted rates on Heliservice helicopter tours over Victoria Harbour. The offers will remain until the end of the year.

Dion Houghton is a member at Royal Hong Kong Yacht Club (RHKYC), and has been making the most of the optimal conditions over the last month aboard his vintage edition Yamaha 33 sailing yacht.

“The beaches have been busy during the day, as you would expect with the good weather, but in the evenings most boats go home,” Houghton says. “So there is the time from about 4pm until 10am the next morning when you have the beaches to yourself. That said, Thursday night there were a lot of boats in one of the more popular anchorages, but still less than there were in Sai Kung town and on Shek O beach.”

With the pontoons at RHKYC reopening earlier this week, Houghton is keen to get some “much-needed” boat work done. “Fingers crossed things go back to normal soon,” he says, “although I fear that means bigger crowds of people out on the water!” 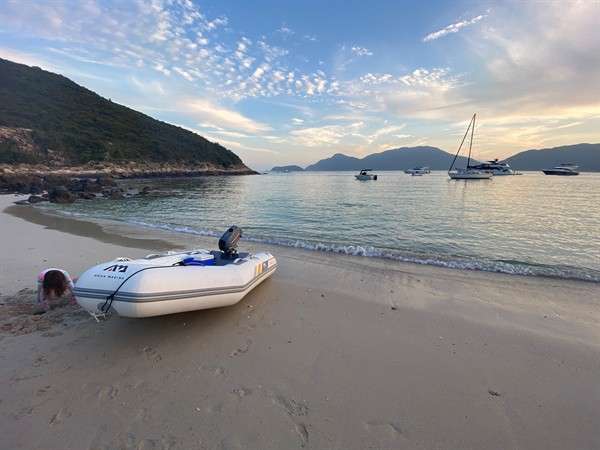 Restrictions on sports and recreation centres have heavily curtailed activities among yacht clubs and sailing schools since March. Clubs are keenly awaiting news from the Home Affairs Bureau about exactly when they will be allowed to fully reopen their facilities.

Allen of Hebe Haven tells APB they anticipate LCSD getting in touch on May 11 to confirm a reopening schedule. “I think the sailing centres will be closed for another week or two, with the Home Affairs Bureau likely using a soft phasing approach to reopen sports facilities,” he adds. “We’re optimistic we’ll be opening soon.”

Hebe Haven is gearing up for a big summer: its youth summer camp runs from mid-June to end of August and the UK Sailmakers Typhoon Series, which features up to 80 yachts, is scheduled to kick off on June 7. “I’m expecting us to have the busiest summer ever,” says Allen. “People are not flying or travelling overseas, and a lot of families that usually leave for a two or three-week holiday will be staying. It’s the calm before the storm, and we’re expecting a record number of sailors to get out on the water. It will be heaving!” 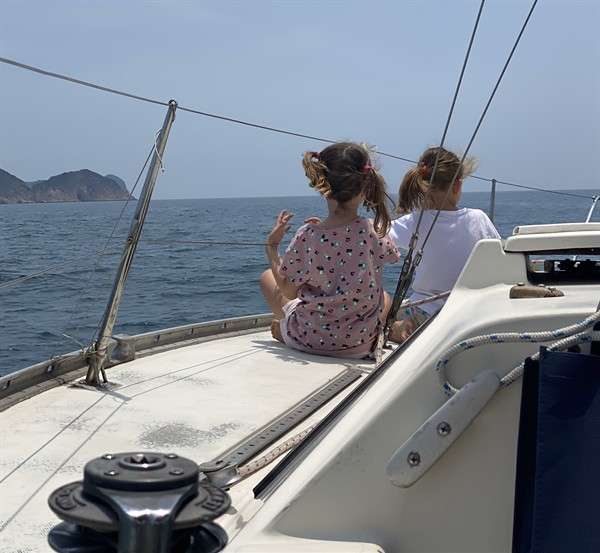 Johnston is hoping that rules restricting the number of guests boarding boats on ABC’s pontoons can be relaxed on Thursday following new guidelines from the government, which will permit public gatherings of up to eight people. He too is hopeful that racing at the club can start soon, though continued restrictions on large gatherings may make onshore aspects of regattas more difficult.

Johnston says that ABC will not be allowing large junk parties to dock, load or unload at ABC in future, and reports that the Marine Department has issued tickets to boats with “excessive” numbers of people on board, although he has not personally witnessed this.

Royal Hong Kong Yacht Club Commodore and yacht owner John Woo tells APB there is definitely a “grand desire” among the club’s members to go sailing. The club faced similar restrictions on launching boats and distancing as other clubs, but with the easing of restrictions, more boats would surely be on the water.

“People are really desperate to go out,” Woo says.