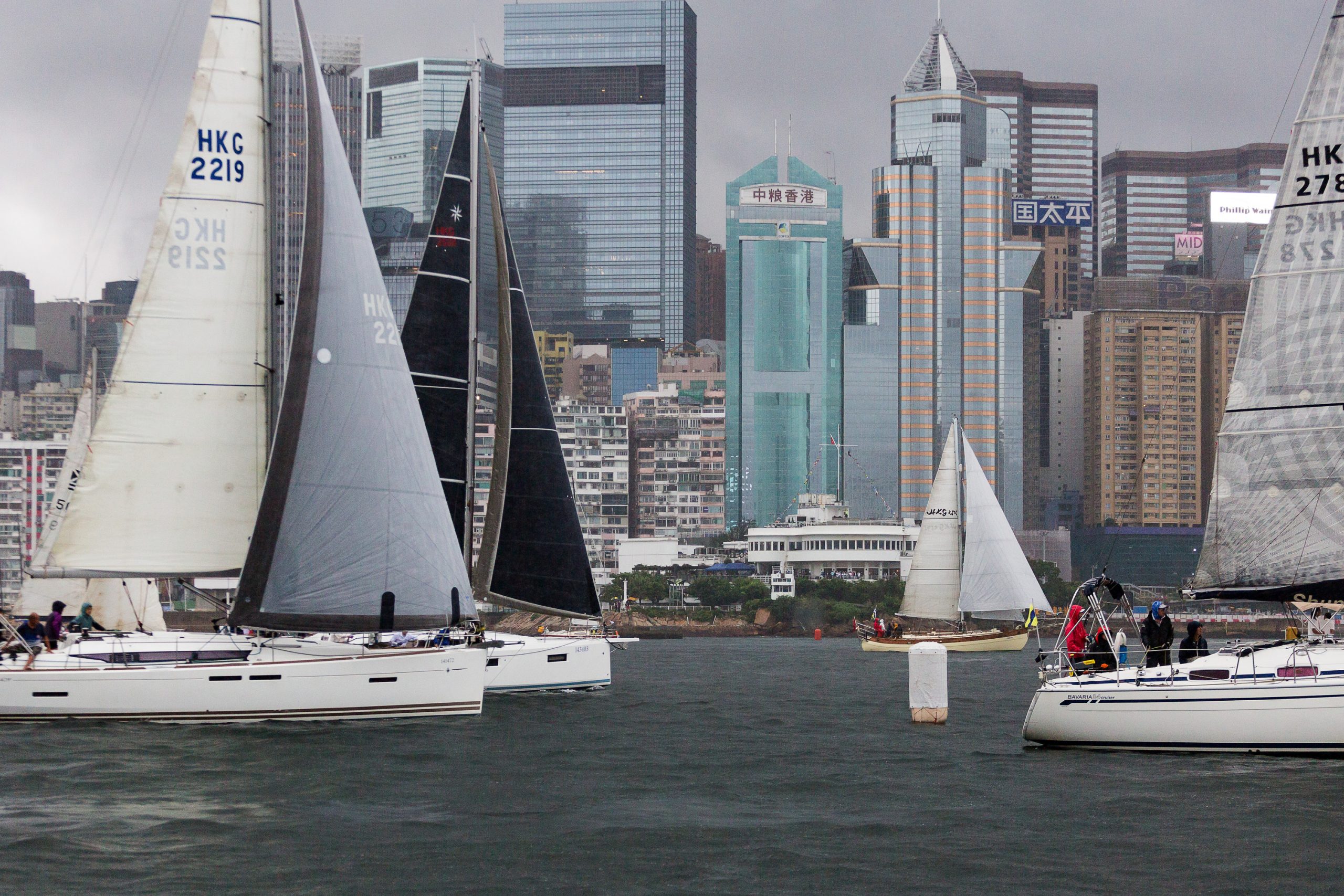 The event was organised in celebration of the 25th Anniversary of the establishment of Hong Kong Special Administrative Region.

Amid heavy rain and an amber rainstorm warning, 89 boats participated in the commemorative event, each displaying a special HKSAR 25th Anniversary battle flag on their backstay. They were joined in the celebrations by crowds of spectators who lined the city shoreline to watch the spectacle. 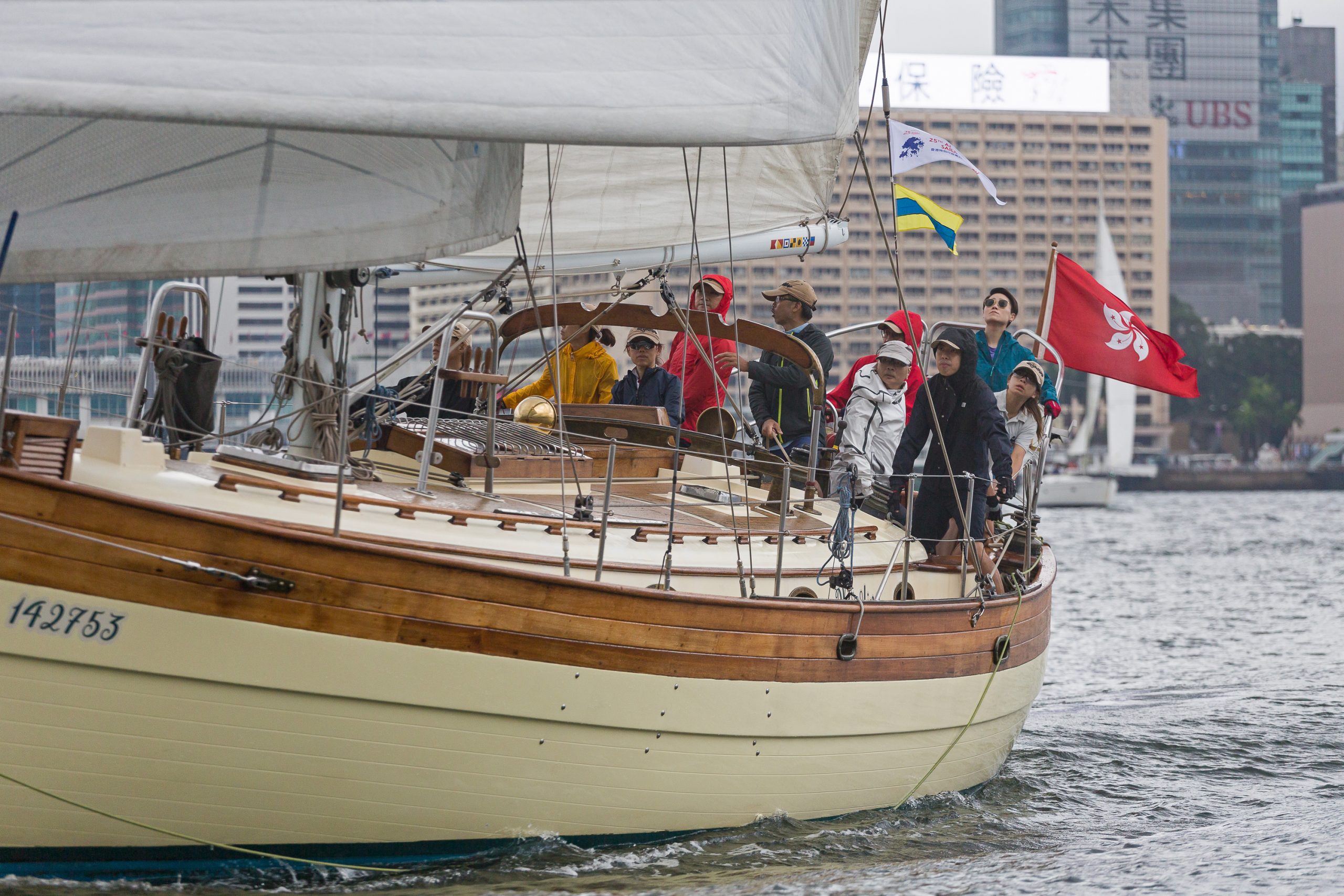 Each boat signed up to represent one out of the 18 districts of Hong Kong. Yachts were nominated to race under the categories of IRC / ATI or HKPN Divisions and were split into six starts at 10-minute intervals based on their RHKATI or HKPN ratings. Three HKPN divisions started off first, followed by three RHKATI divisions.

Dignitaries invited to officiate the start of each of the six races included Paul Chan Mo-po, Hong Kong’s financial secretary, and Andrew Leung Kwan-yuen, president of the Legislative Council. 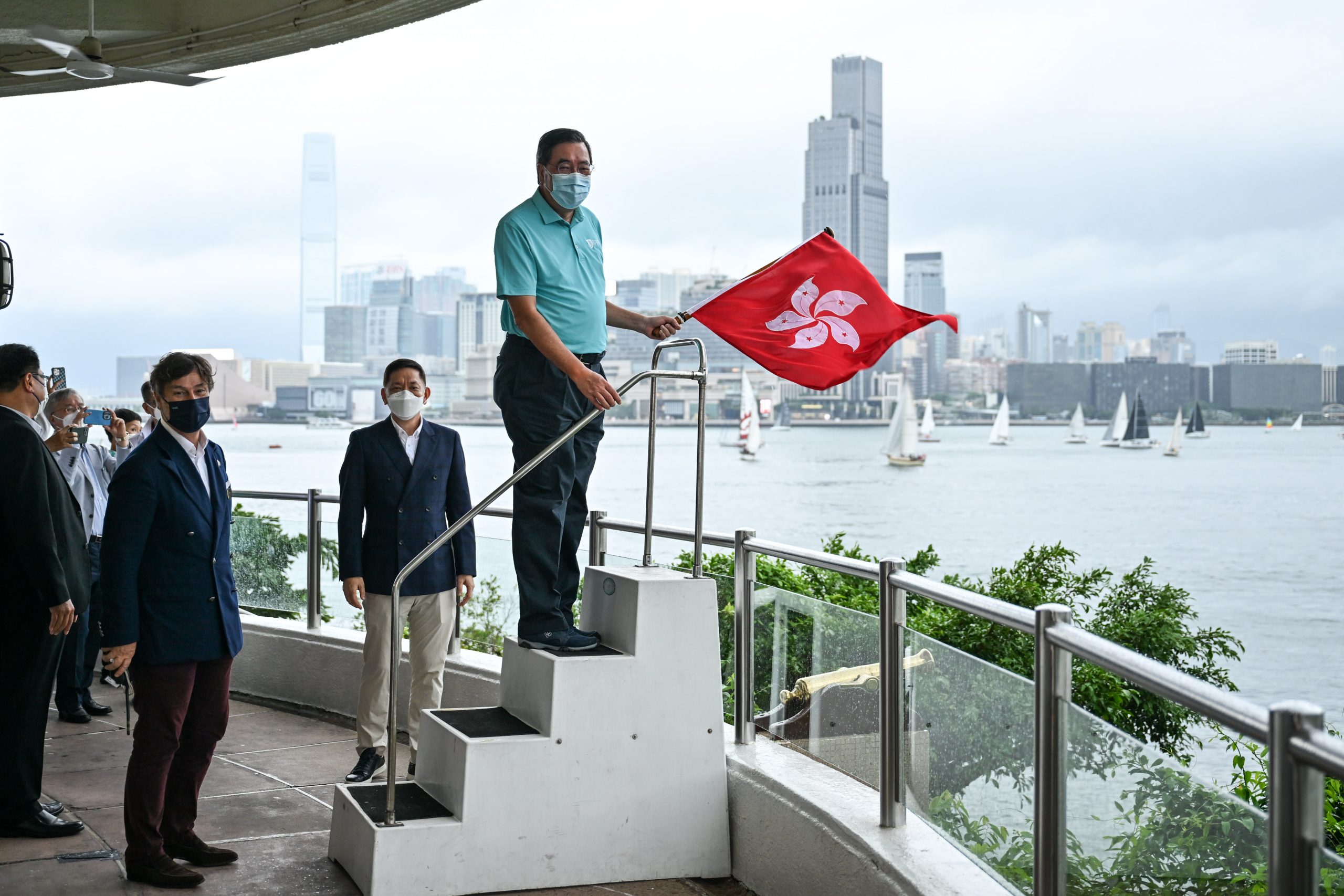 “Sailing is a sport that requires strategy and teamwork, sailors must be united and with no fear of the elements,” said Chan. “This exemplifies the spirit of the Hong Kong people who have helped each other over the past 25 years.”

Royal Hong Kong Yacht Club Commodore, Denis Martinet, noted in his welcome speech that “it was very fitting to witness over 500 people from all walks of life, some experienced, some novices on 89 sailing vessels big and small, competing in this iconic setting, but more importantly celebrating 25 years since the establishment of Hong Kong Special Administrative Region.

He added that when spectators face this breathtaking scenery and witness the fun these participants are having, it is easy to understand why sailors are so passionate about our watersports – but equally importantly passionate about sharing this with our community. 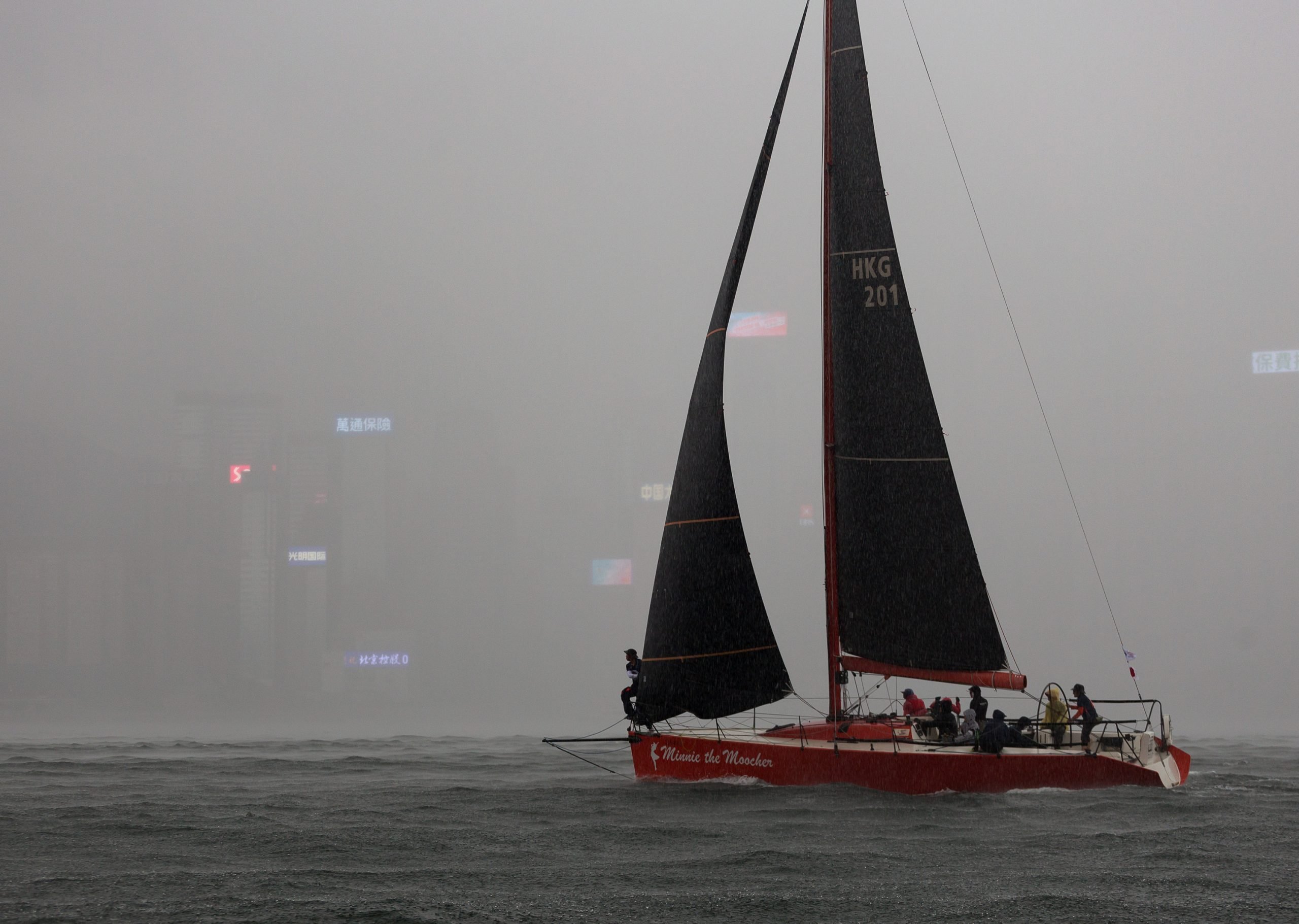 The start was set just off Royal Hong Kong Yacht Club’s Kellett Island Clubhouse. Chan waved a Hong Kong flag as the horn sounded, at which time the heavens opened and a heavy downpour ensued.

Each of the next five starts were presided over by an officiating guest and the yachts were sent off in a south-westerly breeze of around 10 to12kts with varying degrees of rain. By the end of all six start sequences, a severe squall hit the harbour bringing with it gusts up to 30kts, just as the remaining 6 yachts including two TP52s set off at 1455hrs; resulting in some yachts retiring from the race. 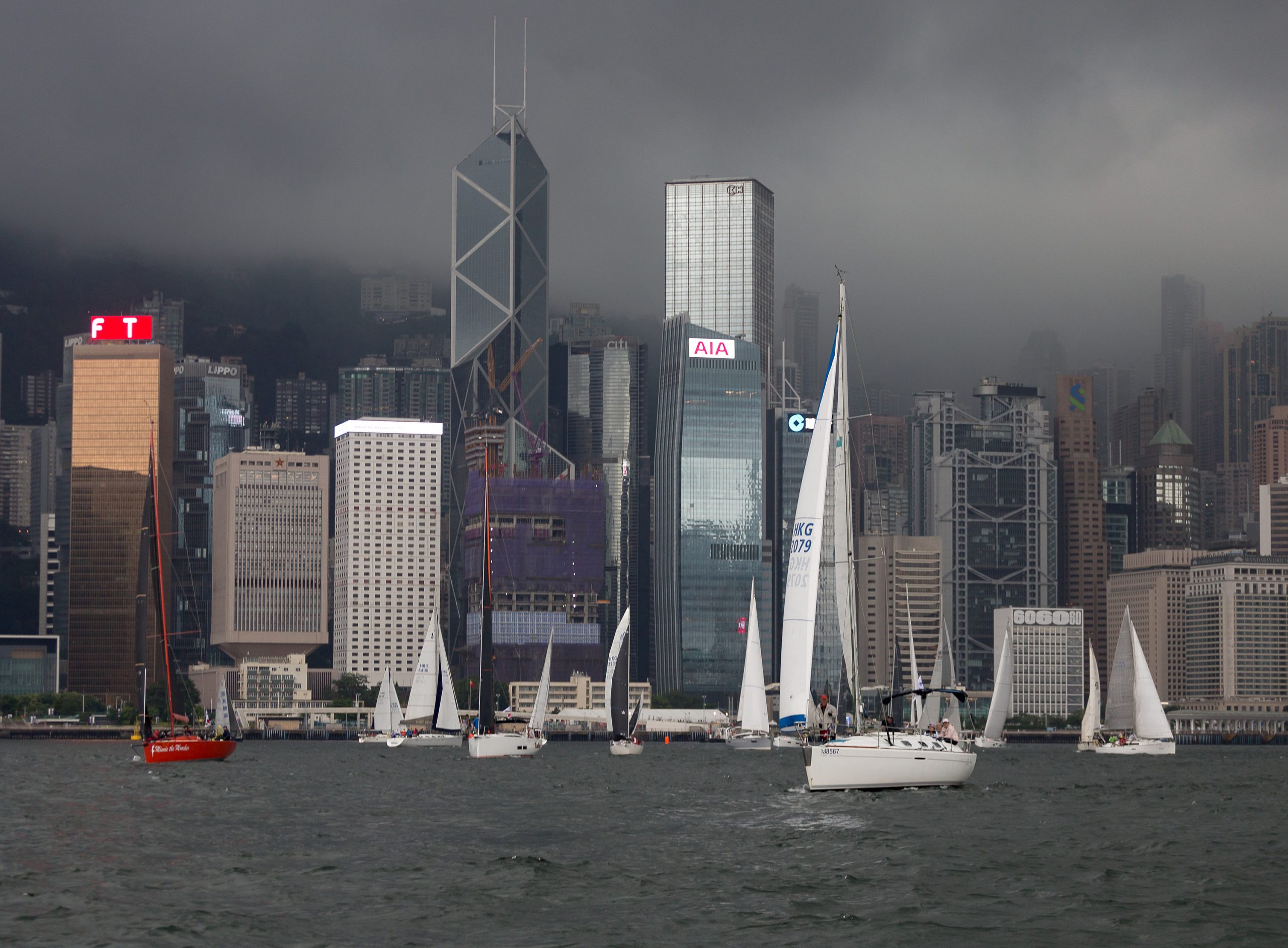 Race Officer Barry Truhol sent the fleet up the harbour to Admiralty, across to Tsim Sha Tsui, downwind to Kowloon Bay before heading back to the Club finish line. Members of the public were treated to a stunning display of Hong Kong yachting at its best, as they gathered in the newly developed East Coast Park Precinct, Wan Chai Waterfront Promenade and the Tsim Sha Tsui Promenade.

Race Officer Barry Truhol says: “It was a very demanding day for the sailors with some quite intense bad weather patches, but it was fun and I hope all sailors had a good time” 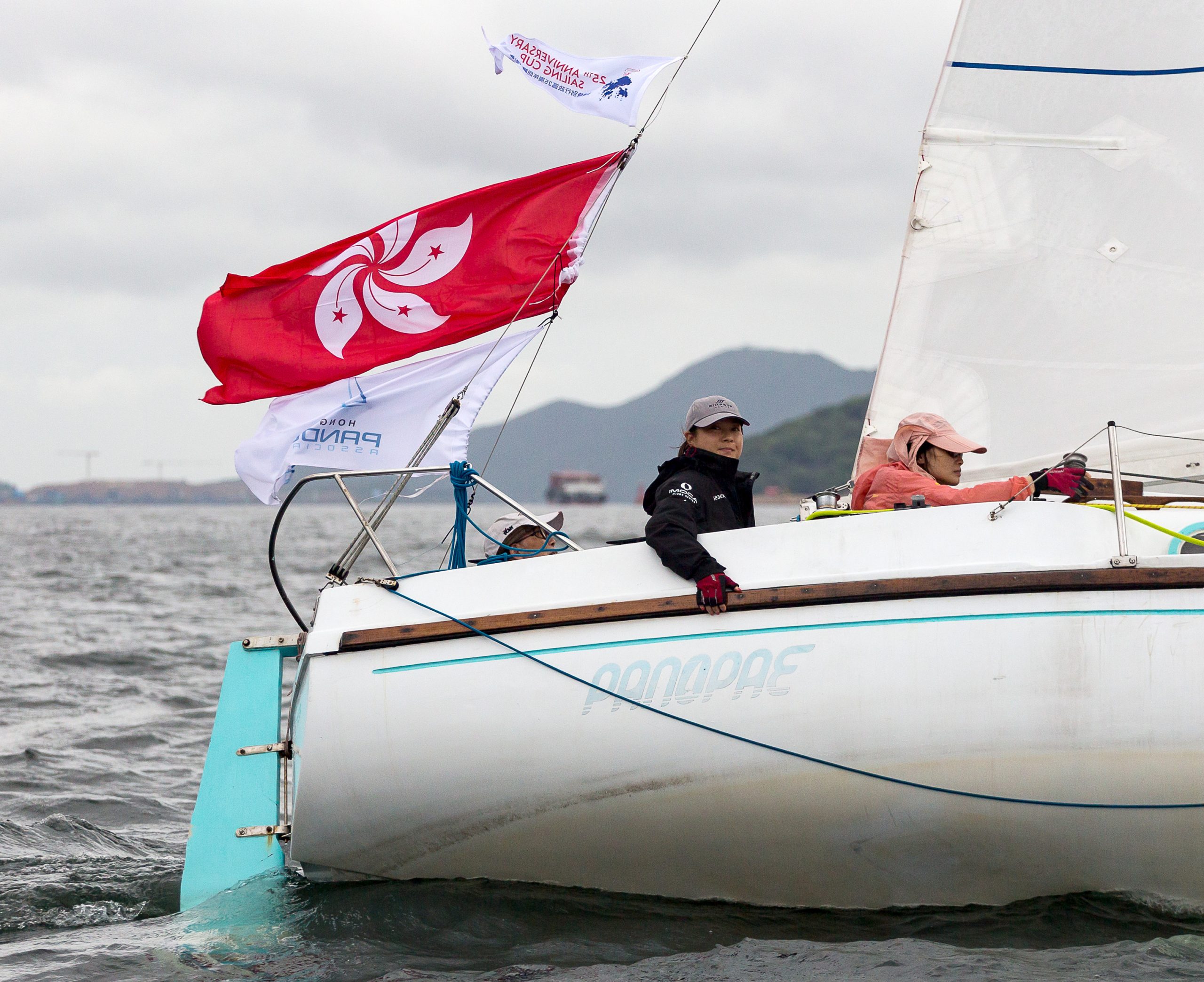 Boats may enter the HKSAR 25ASC and take part in one, two or all three races.