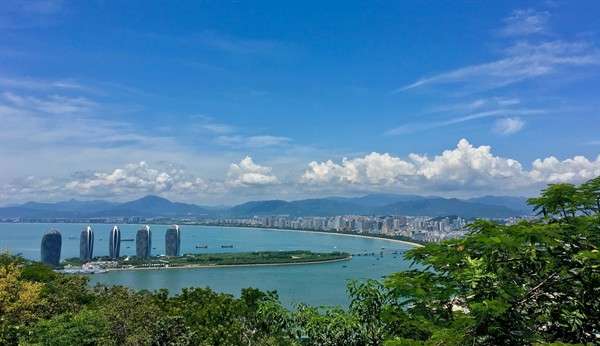 On June 1, the Chinese Central Government announced that Hainan Province, which has been dubbed China’s Hawaii, will become a free trade zone, reducing or eliminating import duties on a range of goods. As part of the plan to boost tourism, “Hainan will be a ‘pilot zone’ for the reform, development and innovation of the yacht industry,” according to a report in the China Daily on June 3.

According to one yacht industry veteran based in Sanya, Godfrey Zwygart, yachts have been included “big time” in the sweeping new policy, which covers everything from shipping, technology and finance. However, details are still to be announced as well as timelines. Yacht companies established within the Hainan free trade zone will be taxed at 15% of revenue, according Zwygart.

A free trade port system focusing on trade and investment liberalization and facilitation will be “basically established” in Hainan by 2025 and become “more mature” by 2035, according to the plan jointly issued by the Central Committee of the Communist Party of China (CPC) and the State Council, Xinhua news agency said.

Hainan provincial authorities being given more latitude to commit to reforms.

Hainan’s southern city, Sanya, emerged as an Asian yachting and tourism hub in the 2010s, with the establishment of numerous marinas, the Hainan Rendezvous – a yacht and private jet event, and repeated stopovers of the Volvo Ocean Race. Last July, Hainan and central government authorities made it easier for Hong Kong yachts to visit Hainan.

Yet, Sanya is still home to only about 600 yachts, of the 800 based in Hainan, according to Zwygart, who says the market has been “stagnant” for the last three years. Buyers are from northern China, with very few from Hong Kong. He says that the marinas and brokers of Sanya were well organised and government officials in Hainan generally receptive to easier regulations for visiting yachts, but there were too many agencies trying to make their own rules. Now with a new free trade zone policy, Godfrey thinks it will be easier to get positive rule changes.

“The new duty-free shopping policy will serve as a major driver to accelerate the transformation of Hainan’s industrial structure and promote integration of tourism with cultural activities and sports events on the tropical island,” Xinhua quoted Jiang Yiyi, a professor of leisure sports at the Beijing Sports University as saying.

Port and airport infrastructure will be extensively developed, and restrictions on international travellers are to be eased.