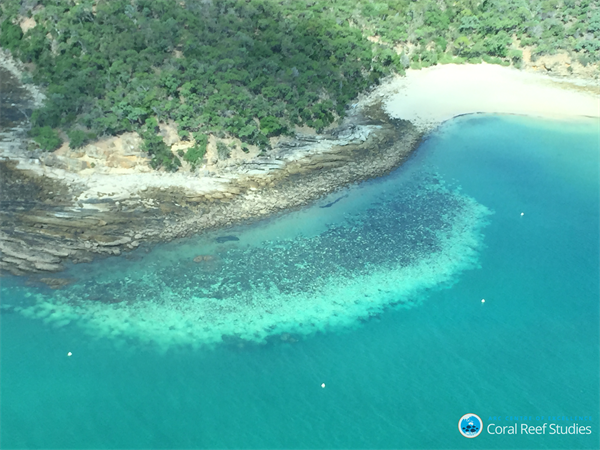 The Great Barrier Reef is experiencing its third mass bleaching event in just five years, with the 2020 event appearing to be the most severe and widespread so far, according to a new scientific study.

The news is the latest ecological disaster for Australia, which has battled extreme floods, fires and drought in recent months. Last year was the hottest and driest year in the country’s recorded history.

Coral scientist Professor Terry Hughes, director of the ARC Centre of Excellence for Coral Reef Studies at James Cook University, conducted extensive aerial surveys in March to assess the extent of the bleaching over an area of 344,000 square kilometres.

“We surveyed 1,036 reefs from the air during the last two weeks in March, to measure the extent and severity of coral bleaching throughout the Barrier Reef region,” he says. “For the first time, severe bleaching has struck all three regions of the Great Barrier Reef – the northern, central and now large parts of the southern sectors.”

The 2020 bleaching event is the largest on record, with a footprint expanding further south than has been seen before. In 2016, a major bleaching event killed more than half the shallow-water coral found in the northern region of the reef. A second major event in 2017 stopped the coral making a recovery.

Bleaching is a stress reaction, which causes coral polyps to expel the algae that give them their characteristic colour and supply them with energy. The recurrent bleaching has been attributed to heat stress caused by record-breaking sea surface temperatures on the reef in February. Temperatures are already 1.5C above average over much of the reef, with vast swathes recording between 2C and 3C above average. 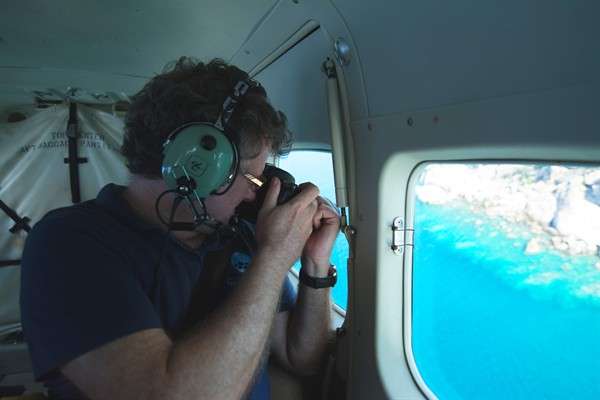 “The fact this occurred outside of an El Niño year, which normally pushes sea surface temperatures up, is extremely concerning for our reef,” says Shani Tager, Great Barrier Reef campaign manager at the Australian Marine Conservation Society (AMCS).

Amid the economic upheaval caused by Covid-19, chiefs from Great Barrier Reef tourism businesses have joined with AMCS to demand climate action from the Australian government in response to the findings.

“Our beautiful Reef not only sustains marine life, it supports thousands of tourism and hospitality jobs like mine, and in normal times, generates A$6 billion for the Australian economy,” says Tanya Murphy from Divers for Reef Conservation. “When travel restrictions lift, the gorgeous natural world is going to help us heal and reconnect. We are going to need our Great Barrier Reef and the people who help us discover its wonders more than ever.” 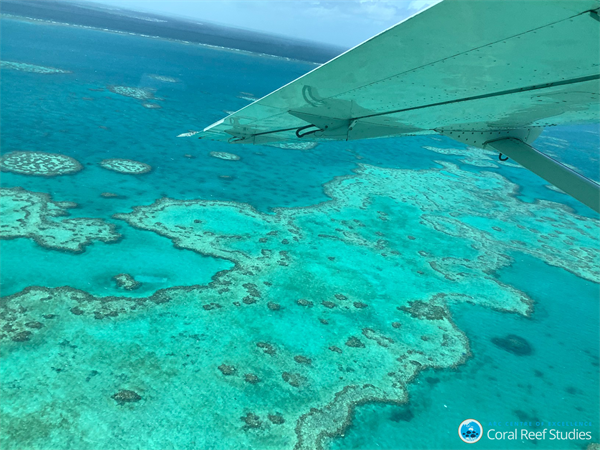 The AMCS is urging the Australian government to rethink the country’s relationship with fossil fuels. “Reef-safe climate policies are urgently needed to tackle global warming, and this means transitioning from dirty fossil fuels to clean renewables. Our government needs to take national and global leadership on this issue for the sake of our national icon and our other natural wonders. We haven’t heard a peep of concern from the Prime Minister about what’s happening on our reef. He’s talked far more about pouring taxpayer money into a dirty coal-fired power station on the reef coast which will only make the problem worse.”

In February a proposal to build an energy park at Collinsville in north Queensland, which would incorporate a 1,000 MW coal-fired power station, was granted A$4m by the federal government for a feasibility study. 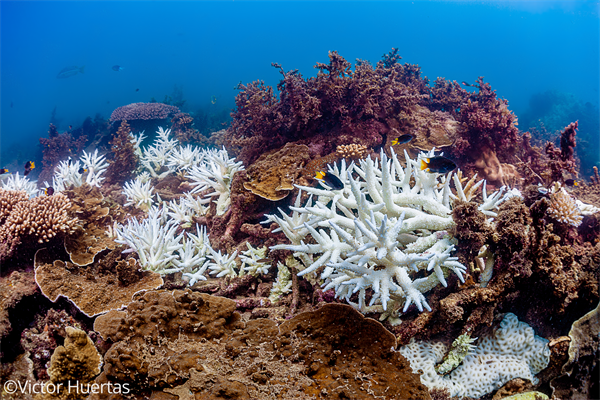 While not all coral reefs are killed by bleaching, recovered corals are weaker and more susceptible to disease. “Really they need at least 10 years between bleaching events to make a full recovery,” says Tager. “While not all corals in our reef bleached at each of the events, the accumulated stress on this delicate ecosystem is concerning.”

As well as being a natural wonder, the tourism linked to the Great Barrier Reef supports around 64,000 jobs. Thankfully, popular tourist spots near Cairns, Port Douglas and the Whitsundays appear to have escaped the worst of this bleaching event, and the reefs in these locations should recover.

The AMCS is now urging Australians to use their democratic voice for change. “The future of the reef is on a knife’s edge,” urges Tager. “Despite being so big, it’s an incredibly delicate ecosystem and sensitive to the increased temperatures we’re all experiencing. Our campaign is focused on getting politicians to act on global warming  – the biggest threat to the survival of our reef. I remain hopeful that if enough Australians speak out on this issue, then politicians will be forced to act on the science. That means shifting away from dirty sources of energy to renewables and giving our reef a fighting chance before things become worse.”

AMCS is hosting a webinar about the coral bleaching event with Professor Morgan Pratchett from the ARC Centre of Excellence for Coral Reef Studies at James Cook University this Thursday at 12:30pm. For more event details and to register, click here.