“Working together with McConaghy Boats and Ker Design, we have developed this exciting fuel efficient semi-foiling power multihull,” Dalton said.

The shipyard confirmed the build is in progress, though no more details have been released about the yacht yet. More information is expected later this Spring. In an interview with Asia-Pacific Boating, McConaghy Boats’ Group Managing Director Mark Evans said he was confident that hydrofoiling would become more prevalent in yachting in power or sail, as technology from the America’s Cup filters down to the mainstream market. 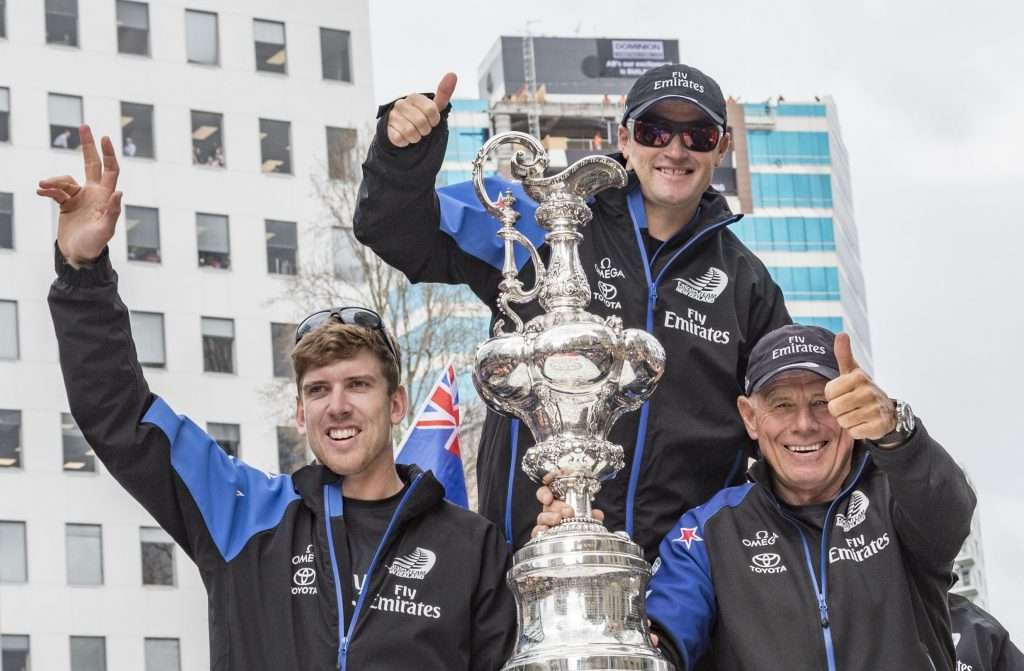 As CEO of America’s Cup syndicate Emirates Team New Zealand, Dalton has become one of the leading figures in global competitive sailing. Dalton started sailing before he was ten and has raced around the world seven times, starting with the 1981-82 edition of the Whitbread round-the-world race.

Grant was appointed to Team New Zealand after their loss of the America’s Cup in 2003. The team later campaigned on a TP52 on the MedCup circuit in 2009 and 2010, winning the season championship in both years. Dalton led the team to the second place in the Volvo Ocean Race 20111/2012 and to victory in the Louis Vuitton Cup at Valencia in 2007 and in San Francisco in 2013. 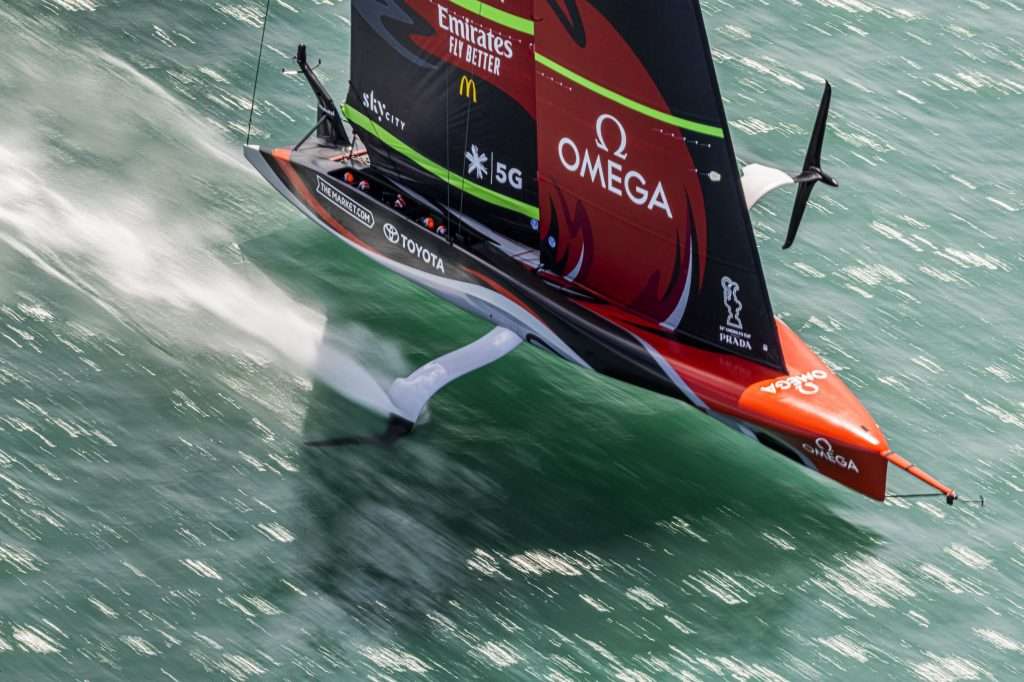 In 2017, Dalton oversaw the team’s victory of the 35th America’s Cup, bringing the Auld Mug back to New Zealand after 17 years. This year’s running of the America’s Cup will be contested in ultra-modern AC75s, which rely on foils to fly over the water. The America’s Cup final competition begins on March 6.

McConaghy Boats has been a pioneer in foiling yacht design and construction. The company is the builder of the Mach 2 foiling moth and the Waszp foiling one-design boat. The yard was behind the design and construction of the J-foils for the AC45 series yachts. McConaghy’s also builds groundbreaking superyachts and one-off projects, like the 42-metre trimaran Adastra, which was built and launched in 2012 for Hong Kong shipping magnate Antony Marden.

Ker Yacht Design has been closely involved with racing yacht design and the America’s Cup.

UPDATE: McConaghy’s has released design details of the new MC63p under construction.