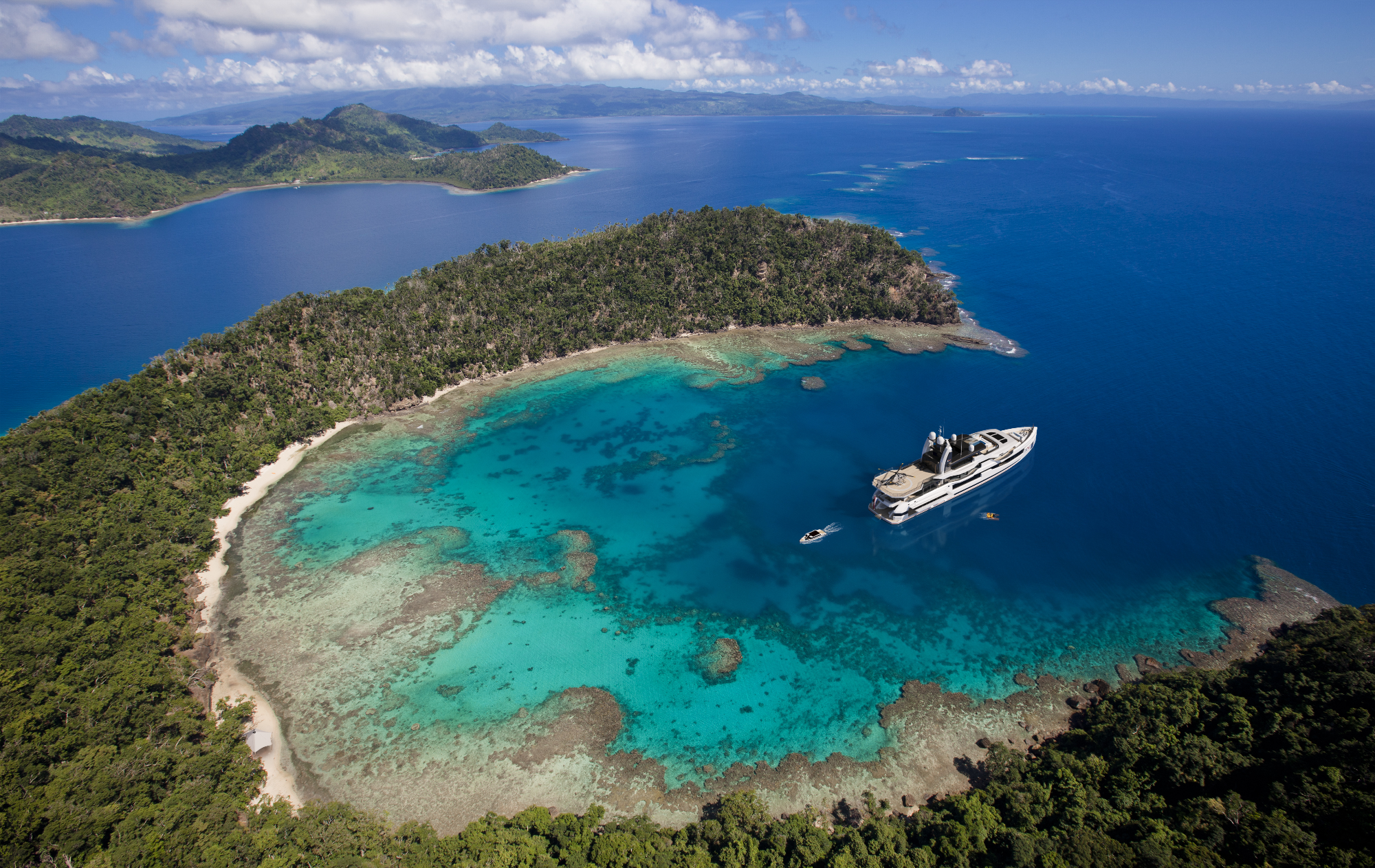 Expedition yachts are a slow but steady trend as a new breed of owner emerges. Less concerned with being seen on the Mediterranean circuit – where supplies and provisions are easily sourced – these owners are younger. They’ve already made their money and are keen to explore new places and learn more.

The lure is understandable. Rather than seeing the same Mediterranean destinations again and again, owners of expedition yachts want an exciting roster of cruising destinations in the high Arctic or Antarctica – the new hotspot for superyacht cruising thanks to its isolation, incredible vistas and wildlife. Indonesia, too, has become a must-see cruising location in recent years. Despite the restrictions on chartering, yachts built for long-range cruising can now access Indonesia’s dive sites – some of the best in the world – with little difficulty. 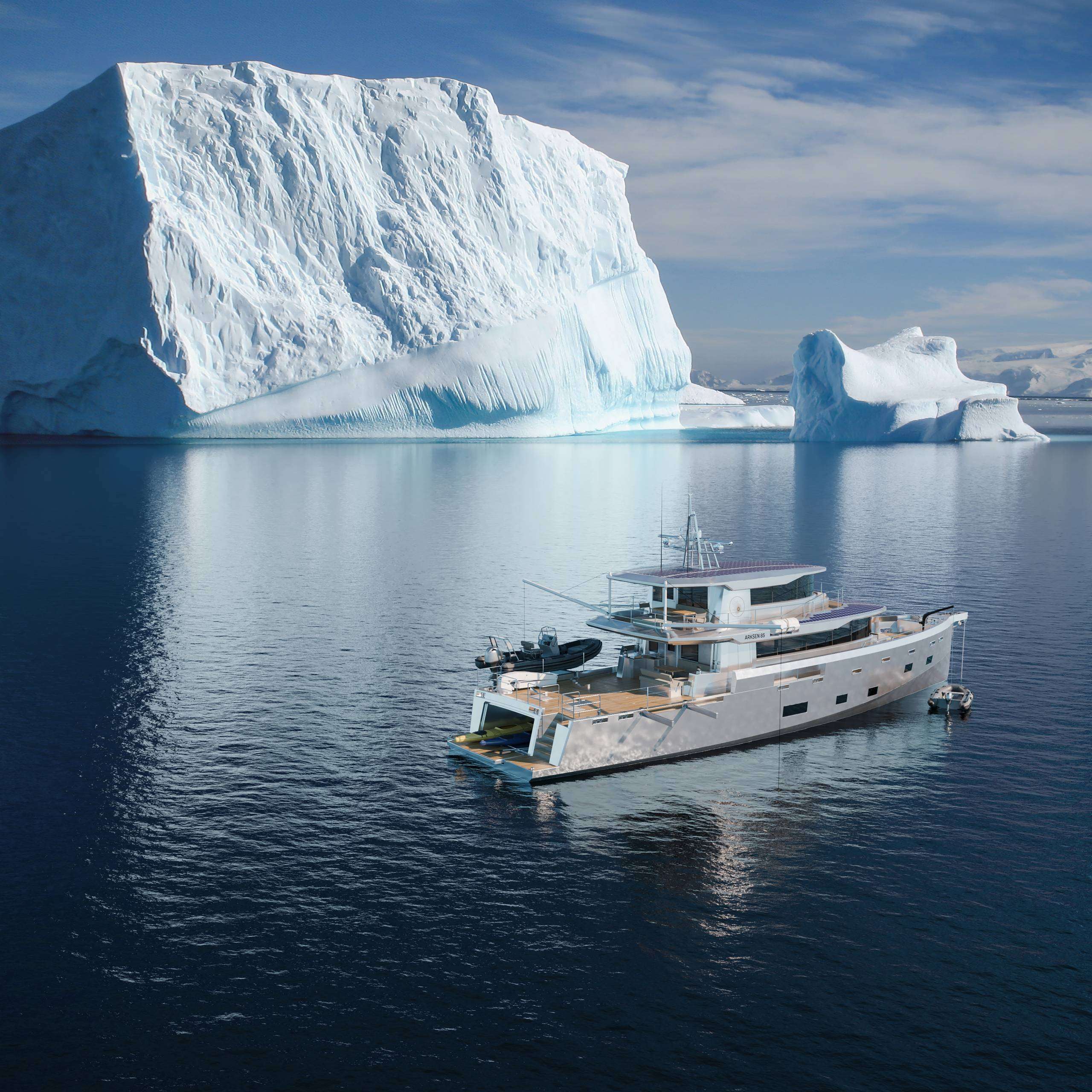 Often, the best places to explore wildlife are in locations far from superyacht support services – far-flung islands of the South Pacific, coastlines of South America and Alaska, or even the Russian Far East. Most of these destinations require range and an ability to be at sea without support or services for weeks at a time.

Builders and dealers acknowledge a change in owner tastes, and in the owners themselves. Younger, environmentally conscious and adventure-hungry, they want to explore further afield, says Rob McCallum, co-founder of Eyos Expeditions, which arranges expeditions from superyachts. A growing number of superyacht owners are also making their boats available for scientific research.

REV Ocean, a 183-metre superyacht that will be the world’s largest yacht when launched, was designed specifically to combine oceanographic research and luxury charter. In its annual superyacht order book, Boat International reported that the number of motoryachts in build at the end of 2006 was 602, while the number of expedition yachts on order was just 14.

An expedition yacht needs to operate for extended periods away from any support, be it fuel, provisions, water, pump out or crew requirements. Sturdy construction to handle inclement weather is as important as range.

The ability to cruise for long distances at low speeds while still offering sprints at higher speeds is a key requirement, according to legendary yacht designer Rob Humphreys. 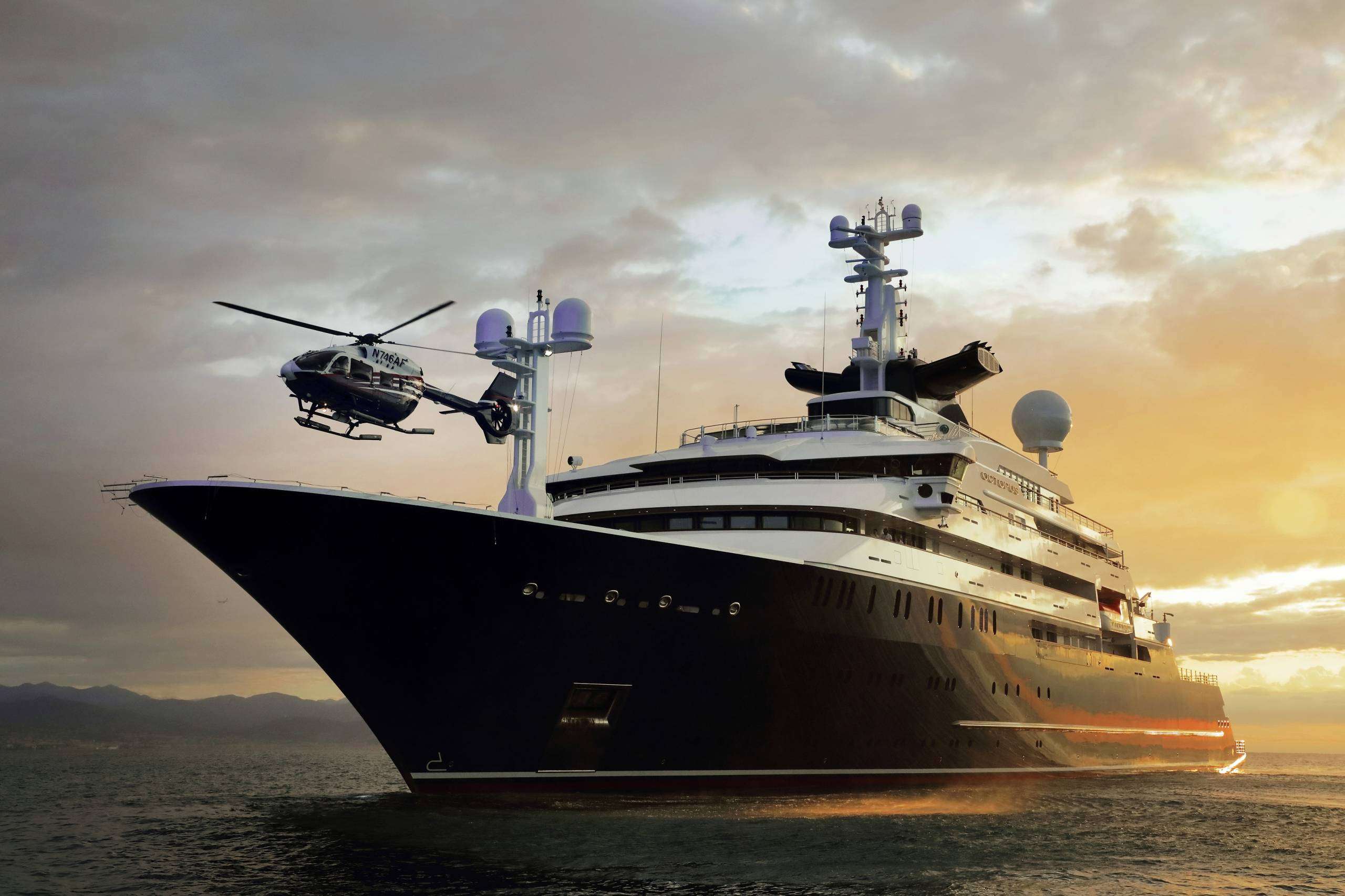 The notion of an expedition yacht was pioneered by the likes of Paul Allen, co-founder of Microsoft. Allen’s legendary superyacht Octopus, a custom build, set a new and exciting standard for exploration and discovery.

At 126 metres and launched in 2003, Octopus used its enormous volume to house two helicopters with two helidecks and helicopter garage. Ice-classed, and with a range of 12,500 nautical miles, Octopus could travel the globe, carrying its large tenders and a 10-person submersible. Allen famously made Octopus available for scientific research before he passed away in 2018. 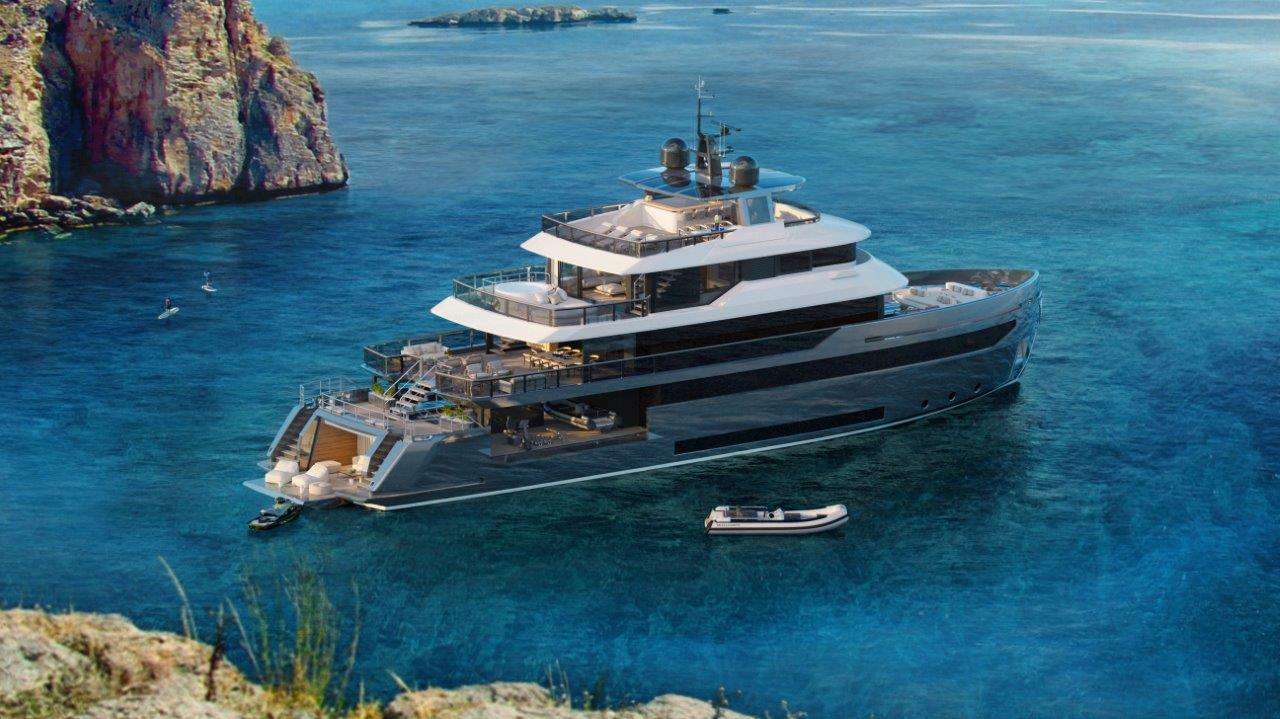 Superyacht brands are now adding expedition-series yachts to their line. Benetti, normally associated with ultra-luxurious yachts suited for Mediterranean cruising, now has the 37-metre B.Yond series, the company’s first foray into yachts suited for long-range cruising. The B.Yond, introduced in 2018, was modelled after a tug boat, with a stout look and sturdy steel and aluminium construction. There are now two in build, with the first to be launched in the autumn of 2021.

Heesen has released its own design for an expedition yacht, the 57-metre XVenture. The yacht features design by Andrew Winch and boasts a massive helideck, plus a huge tender garage and a projected range of 5,000 nautical miles.

Italian builder Sanlorenzo has the popular Exp series. Four have been built and nine sold, most notably the 47-metre Ocean Dreamwalker III for a Chinese client. The latest Sanlorenzo 500Exp was sold by Simpson Marine to a Hong Kong client. Ocean Dreamwalker III was altered significantly by the client to allow for a helideck. It has since explored the north Pacific and is reportedly on its way to cruise Antarctica during the summer season of 2021. 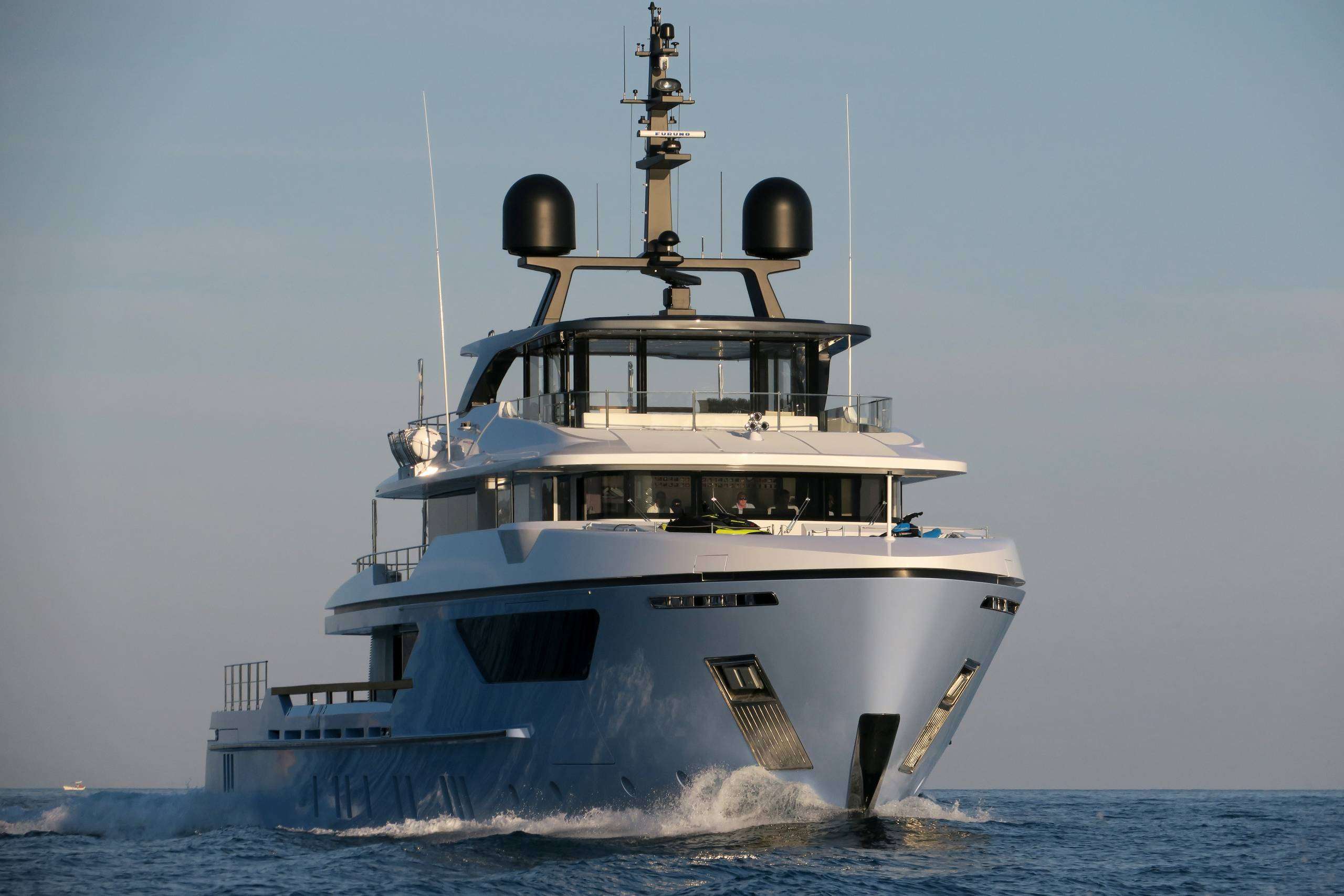 Perhaps most notable is the new SeaXplorer series by Damen Yachting (formerly Amels). Amels introduced the semi-custom concept, where engineering and hull design were standard, while extensive modifications could be made to the rest of the vessel. The SeaXplorer series was created with input from Rob McCallum. Two have been launched so far. 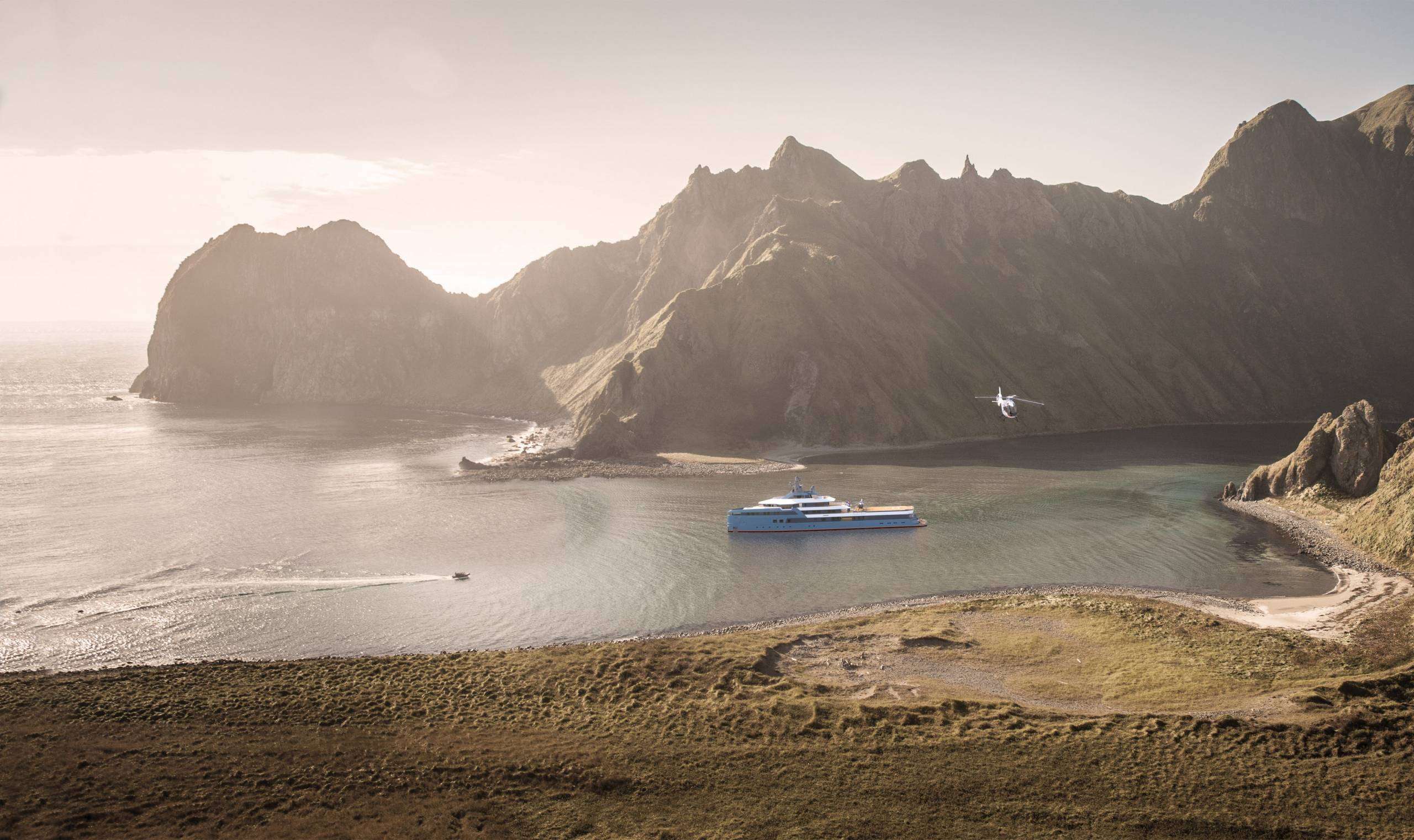 While superyachts, thanks to the larger volumes onboard, are relatively easy to develop into expedition vessels, there have also been intermittent efforts over the years to develop a range of expedition yachts in the range of 60 to 120 feet. 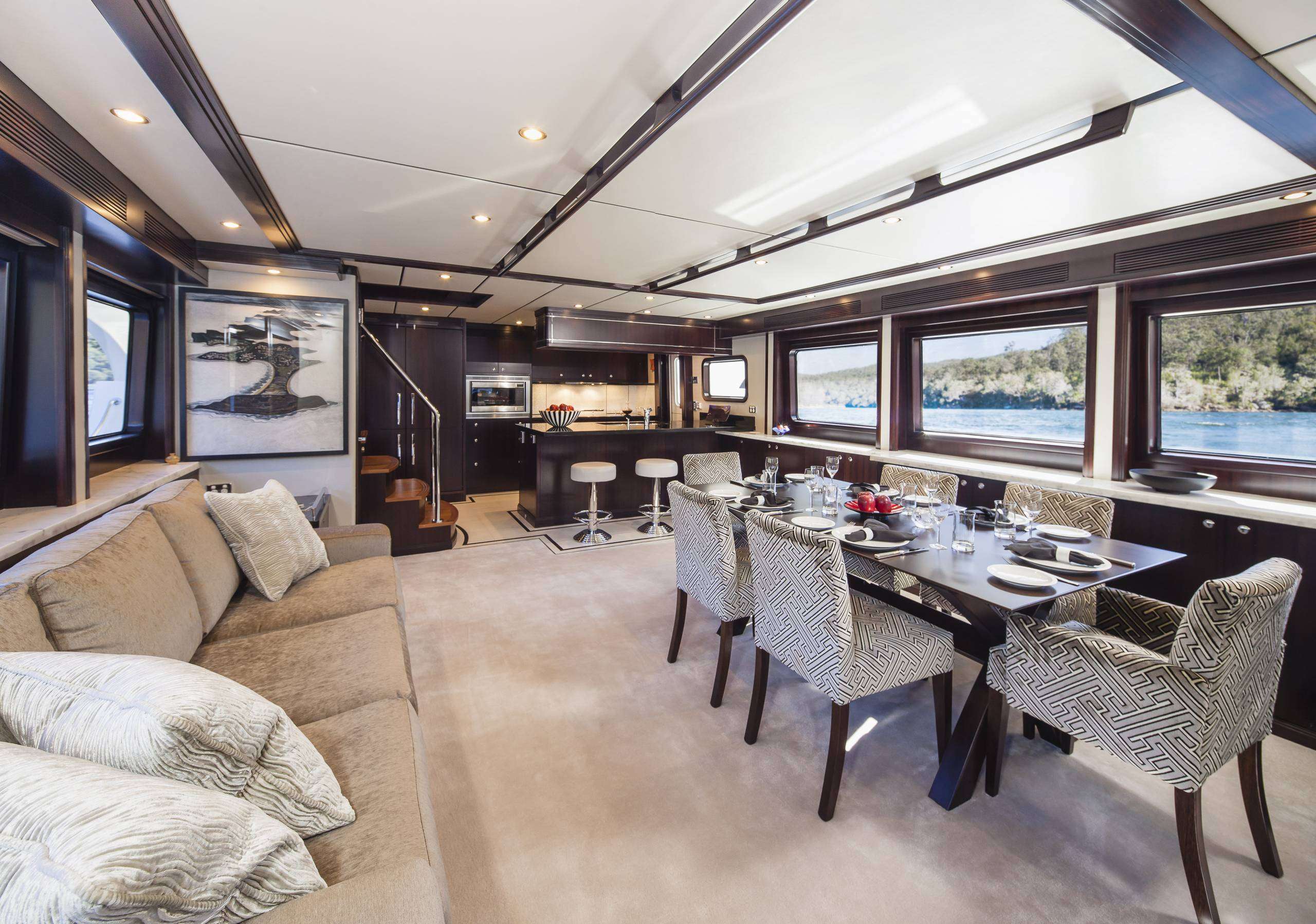 For decades, Nordhavn has specialised in long-range, passage-making yachts that can be operated by owners. The company says a 76-foot Nordhavn managed to cruise Antarctica, while hundreds of others have managed ocean-crossing voyages. Nordhavns are relatively slow, with large volumes. Traditionally, they have had the look of offshore fishing boats.

One intriguing new entry to the field comes from pioneering UK brand Arksen, which takes the expedition/research concept and brings it down to the mid-range motoryacht level. 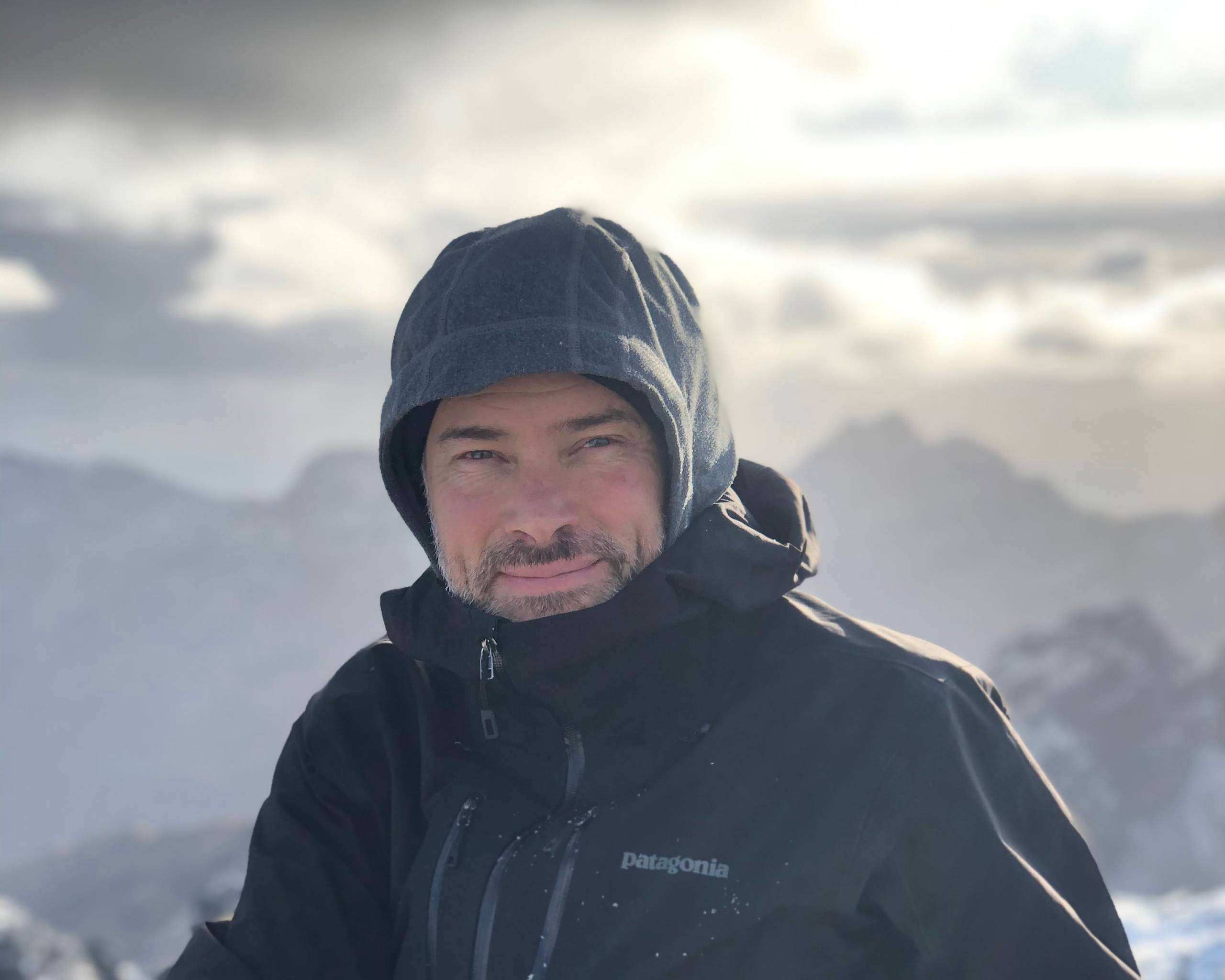 Jasper Smith, who developed the Arksen concept, employed Humphreys Yacht Design to do the design and engineering behind an 85-foot expedition yacht. The first Arksen 85, which is projected to have a maximum range of 7,000 nautical miles, is now under construction. The Arksen 75 has a projected range of 6,500 nautical miles.

According to Rob Humphreys, the main demand from Arksen was an aluminium “rugged, go-anywhere” yacht, that also had the capacity for ocean research. Smith established the Arksen Foundation, in which owners are asked to donate 10% of their yacht’s time to collectively agreed on scientific research projects. Smith says that he got the idea to start Arksen during a trip to Greenland a few years ago, where he was amazed at the scenery, but also alarmed at the apparent impact of climate change. 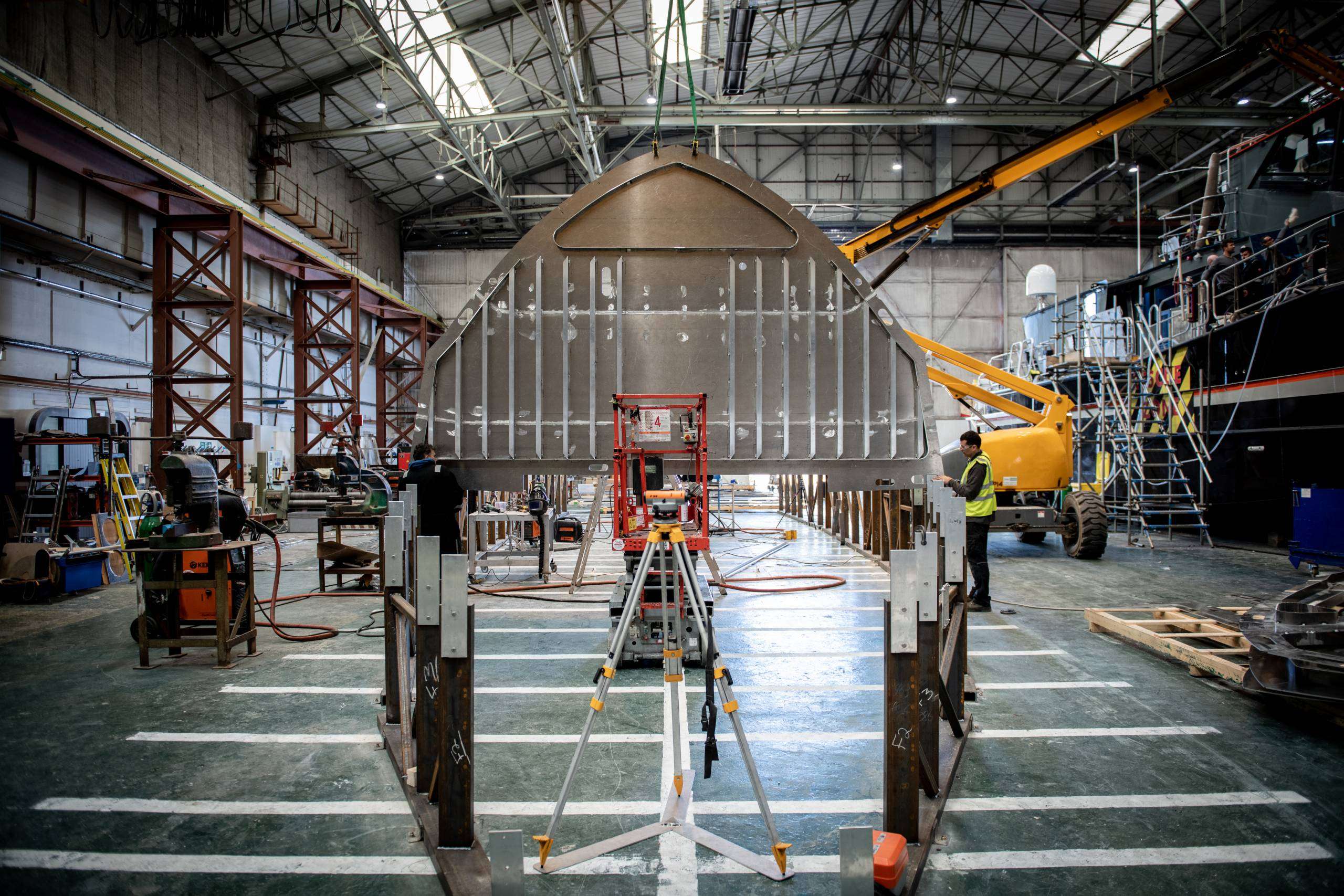 “Our mission is to enable greater access to adventure,” says Smith. “This in turn helps to raise awareness and drive a wider and deeper understanding of the ocean’s ecosystem and its importance for all of us.” Smith’s earliest sailing adventures included a passage from Sydney to Alaska on a 55-foot ketch. The most memorable stretch was from Japan to Kamchatka, Russia, one of the world’s truly pristine destinations. 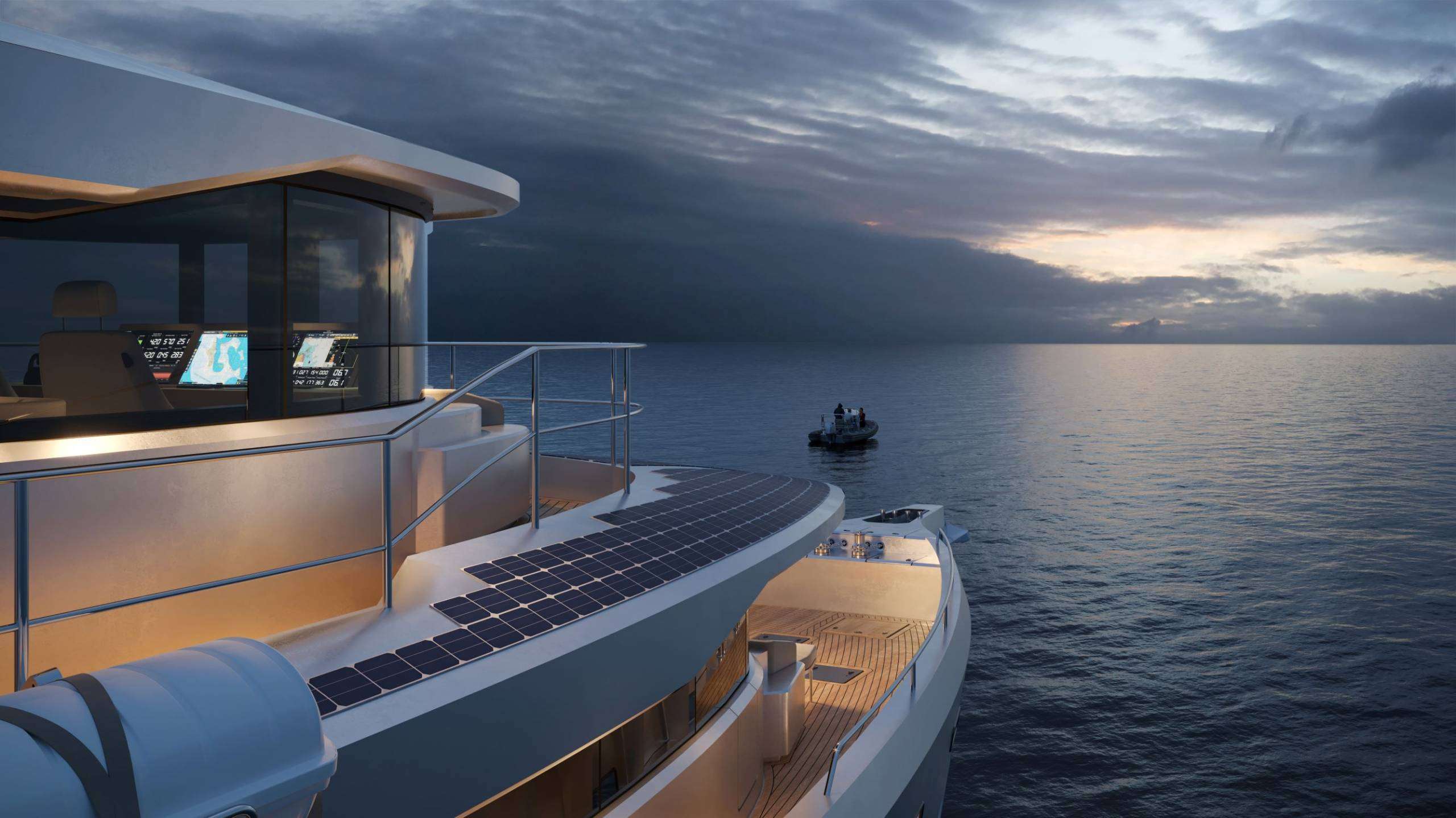 Smith says he is responding to client demands for more adventurous experiences with their yachts, but adding in a more Our mission is to enable greater access to adventure – this in turn helps to raise awareness complete support network as well, including an owner’s club and an “adventure concierge”.

“Our mission is to enable greater access to adventure – this, in turn, helps to raise awareness” – Jasper Smith

The Arksen hull design underwent significant CFD and tank testing to see how the yacht performed in big seas while maintaining fuel efficiency. Arksen yachts are being built from a new type of aluminium called Njørdal, which its supplier says is 15% stronger than marine-grade aluminium. It also means the yacht can be easily maintained or recycled.

Ultimately, Smith hopes that Arksen will lead to a larger change in yachting and ocean research, in part by opening up the expedition yacht market, and by growing the world’s largest private research-capable vessel fleet.

Smith says that Asian buyers and brokers have expressed interest in his concept. The longer ranges and independent operation of Arksen yachts are pluses in a region where marina infrastructure can be quite rare. 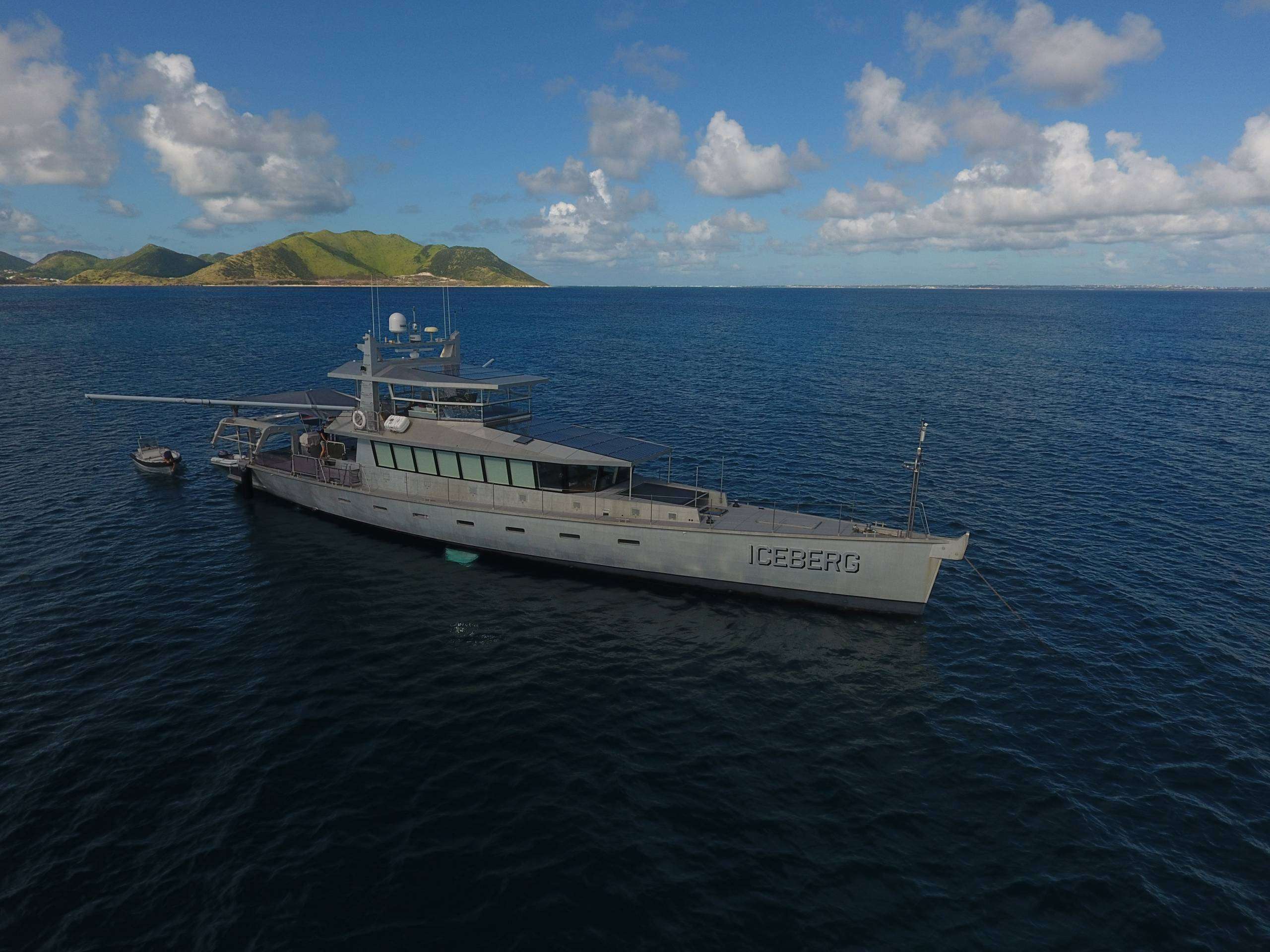 The Arksen project is not the first time in the past decade that yacht builders have tried to create a mid-range  yacht that fits the expedition category. Steve Dashew created the ultra-rugged FPB range of yachts from 2003 to 2017. These were designed with sleek hulls built in aluminium for rugged conditions that allowed for higher speeds than a full displacement hull to outrun nasty weather.

The FPB series exuded an adventurous spirit, with no-nonsense exteriors and unpainted aluminium. FPB yachts could reportedly right themselves in the event of a capsize. From Taiwan’s