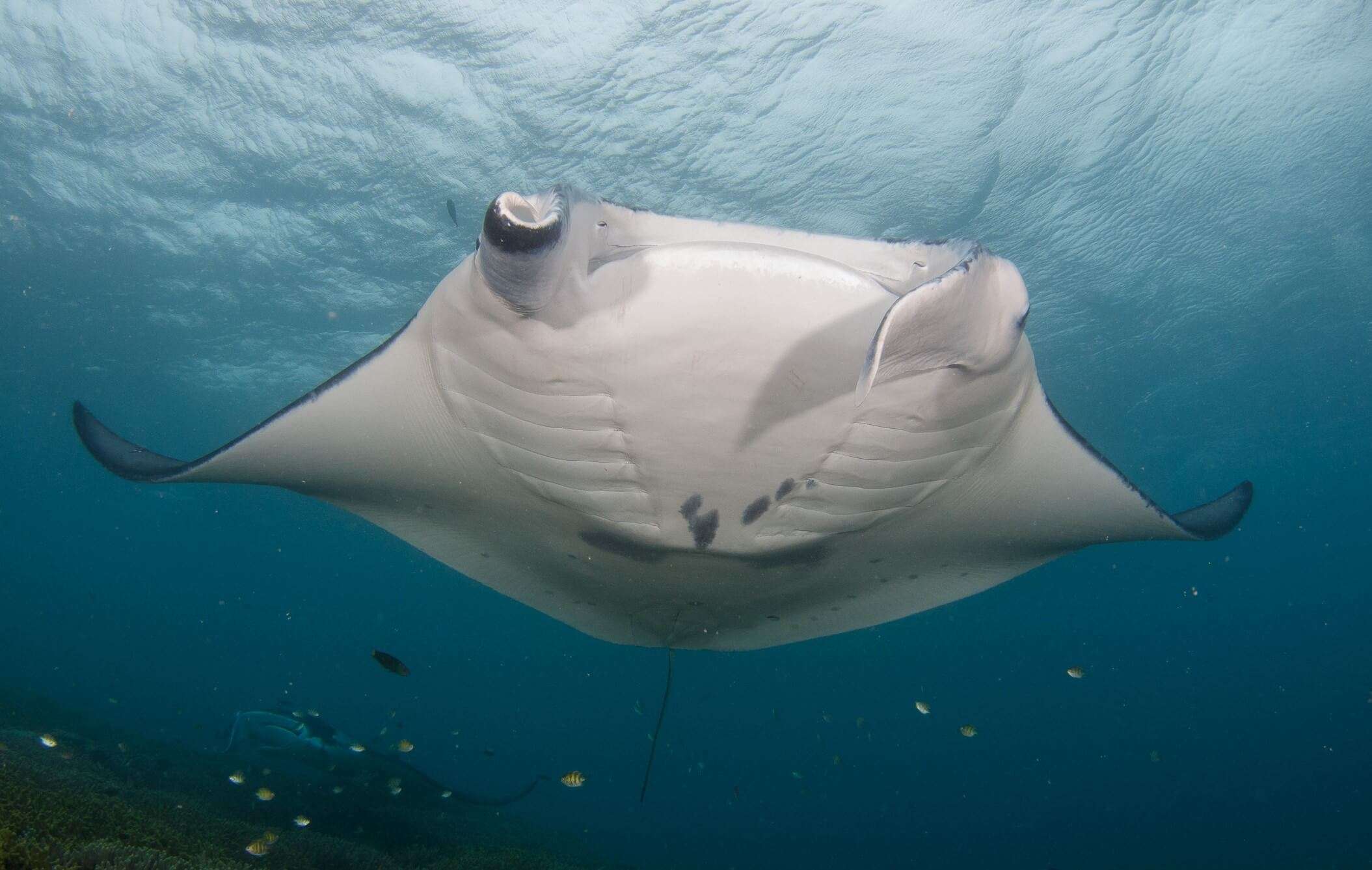 The International Union for the Conservation of Nature (IUCN) has moved the giant manta ray species from Vulnerable to Endangered, signaling a fall in their global population. In its 2020 report, the IUCN said that the giant manta ray had undergone a population reduction of between 50 and 79% over the past three generation lengths (87 years), with further population reduction suspected over the next three generation lengths, “due to current and ongoing levels of exploitation.”

Researchers suggest that the fall in giant manta ray populations is due to Asian fishing fleets targeting the ray for its gill plates, which have been touted as a medicinal treatment. Giant manta rays, which once roamed temperate and tropical oceans worldwide, are very slow to reproduce, having one pup every 5 years.+

In its assessment of the giant manta ray, the IUCN said the species is protected in the USA (Hawaii), Australia, the Maldives, the United Arab Emirates, the Federated States of Micronesia (Yap), Thailand, Mozambique, Indonesia, and the Philippines. Yet, the organisation said that there was “little to no effort to monitor or regulate mobulid fisheries in many countries … current paper regulations are proving inadequate and misleading.”

Tourism may provide some relief to the beleaguered species, as diving and marine tourism have encouraged governments in the Indian and Pacific Oceans to try protecting ray populations. Giant manta rays swim relatively slowly due to their large size and do not avoid humans. This makes them a popular tourism draw, but also makes them vulnerable to fisheries.

The 2020 report was published on December 10, with 128,918 species now on the IUCN Red List, of which 35,765 are threatened with extinction. Though this is by no means a complete assessment of all species on Earth, IUCN says it provides a snapshot of the state of wildlife conservation.

An additional 31 species also move into the Extinct category, including a species of shark known as the Lost Shark, which was once native to the South China Sea. An estimated 30% of shark and ray species are now threatened with extinction. The impact of unregulated fisheries on large marine life has alarmed conservationists.

The Tucuxi freshwater dolphin was added to the endangered species list – Photo: IUCN

“The growing list of Extinct species is a stark reminder that conservation efforts must urgently expand. To tackle global threats such as unsustainable fisheries, land clearing for agriculture, and invasive species, conservation needs to happen around the world and be incorporated into all sectors of the economy,” said Dr Bruno Oberle, IUCN Director General.

“As a conservationist, the most emotionally impactful news to present is the confirmation of extinction. The causes range from overexploiting to disease, with some threats easier to mitigate than others… There have been successes and recoveries, as noted in the update, and we need to redouble our efforts to address this and other emerging disease threats to biodiversity,” said Dr Thomas E Lacher, Jr of Texas A&M University.

The IUCN, established in 1948, is composed of both government agencies and approximately 1,400 civil society organisations. The IUCN gathers information from these sources to create its list of endangered species.