The 2022 Rolex Sydney Hobart race gets under on December 26, with Geoff Hill’s Antipodes being the lone representative from Hong Kong at this year’s event.

Hill and his Santa Cruz 72 have been mainstays of the Asian regatta circuit for over a decade, competing in three Rolex China Sea Races. Antipodes has competed in all major Asian races, including winning her division at the King’s Cup and Raja Muda regattas. Antipodes also holds the race record for Darwin to Dili and Darwin to Ambon yacht races. The 2022 Rolex Sydney Hobart will begin the Santa Cruz 72’s Australian racing programme, according to race organisers.

Read: A preview of the 2022 Rolex Sydney Hobart Race

Now Hill and his crew are taking on one of the toughest offshore races there is.

“It’s been quite a journey bringing Antipodes down to Australia,” Hill said in an email. “We started in June, did the Groupama Noumea Race and then the Hamilton Island Race Week, before heading to Sydney in October.”

The Groupama Noumea Race, dubbed the Race in Paradise, is a 650nm race round the main island of New Caledonia. Hamilton Island Race Week is one of Australia’s premier events in the Whitsunday Islands. 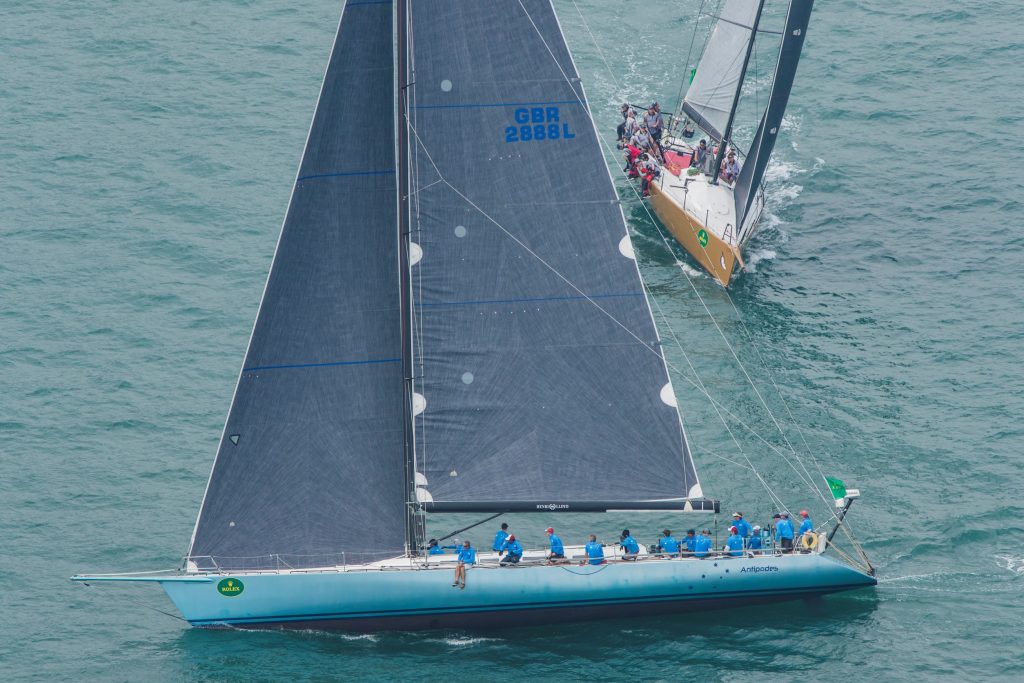 “The stringent entry requirements kept us busy up until a week ago, Hill says, “but we are all set now!” Hill adds that Antipodes is competing in the IRC Division 0, “amongst the MAXIs!!”

Australian-born Hill has his own history with the legendary race. “The Rolex Sydney to Hobart (Race) is a nostalgic one for me. The last one I did in 2013 was on Syd Fisher’s Ragamuffin.” This yacht is now Lee Seng Hui’s Scallywag. In previous editions of the race, Hill did the race on his own boats.

Read: David Witt of Scallywag on the 2021 Sydney Hobart Race

Hill says the current forecast is for a “classic” northeast start and run down the New South Wales coast, with a southerly change on the 28th. “Whether that eventuates or not, we will find out on the 26th and over the next few days.”

But while younger crews may be gunning for line honours or the overall win, Hill says he’s in it for the thrill of being there. “For me, getting the boat and crew safely to Hobart is the objective, and whilst winning is good, participating in this iconic event is better.”

Hill has brought some of his Asian veterans with him to compete in this year’s event. “We have a good crew who get on well and (we) have some very experienced sailors. Most have sailed on Antipodes, either here or in Asia, where we were based for ten years. The boat has a strong Asian contingent, with Alan Tillyer (acting as) boat’s master, plus Angel, Oli and Roger from the Philippines, Craig Miller from Hong Kong and Guy Salter who, along with myself, lived in Hong Kong for many years. We are proud to be able to represent the Royal Hong Kong Yacht Club,” Hill concludes.