Joining the 110-strong fleet at the start line of the 2022 Rolex Sydney Hobart Race will be Geoff Hill and his 72-foot custom yacht, Antipodes. The Australian is the only competitor listed from Hong Kong at this year’s race. Antipodes is a regular competitor at the Rolex China Sea Race, having competed in the 2014, 2016 and 2018 editions.

The fleet of 110 entries tops the 91-strong fleet at the start last year. The 628nm race is organised by the Cruising Yacht Club of Australia and starts at 1pm on Monday 26 December.

Former overall winners competing in this year’s fleet include Alive, Hamilton Island Wild Oats, Quest and Wild Oats (Brett Eagle). Philip Turner’s Reichel/Pugh 66 Alive, skippered by Duncan Hine, was the Overall Winner of the 2018 Sydney Hobart Race. Alive was the first entry from Tasmania to win the Tattersall Cup since 1979, and she has been a regular competitor on the Asia circuit.

Read: Duncan Hine on what the Sydney Hobart Race means to Tasmanians

Two-handed offshore competitive sailing is growing, and last year’s Rolex Sydney Hobart Race was the first edition to feature a two-handed division. In this year’s event, two-handed entrants will be eligible to win the Tattersall Cup.

One of this year’s two-handed entries is Rupert Henry and his Lombard 34, Mistral. “Double handed is a very important aspect of the sport,” Henry told race organisers.

“Whether a two-handed team can win Overall or not, remains to be seen,” Henry said. “The two-handed aspect of the sport is growing in Australia, which is really exciting and the CYCA has really accommodated it over the past couple of years.”

The weather prediction for this year’s Sydney Hobart Race

As of December 20, the New South Wales Bureau of Meteorology’s long-range forecast called for light east-to-north-easterly winds on Monday’s 1pm start. Those winds will strengthen later that afternoon.

Those winds are expected to continue into Tuesday, with a trough forecast on Wednesday and winds shifting to south-south easterly and light rain showers developing.

“For those boats that will take a little bit longer, it’s still unclear as to the timing of another trough that could come through during the second half of next week,” said Gabrielle Woodhouse, forecaster at the bureau. “But for the most part, we are looking at northerly winds and having those northerly winds increase through the first half of the race with the trough coming through on Wednesday.”

Race organisers expect that the forecast will be good for the bigger boats of the fleet, in particular the four maxi yachts in competition: Andoo Comanche, Black Jack, Hamilton Island Wild Oats, and LawConnect.

It could see the maxis sail to Hobart in one assisting weather pattern, while the rest of the fleet, from the mid-to-small sized boats, will have to battle through two or more patterns. 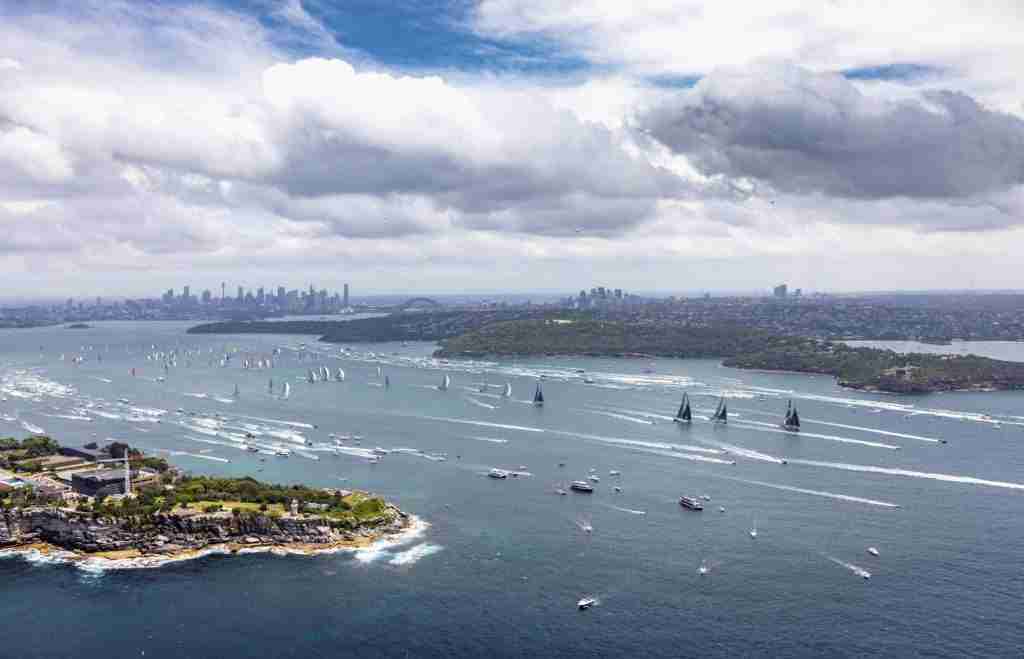 After the fleet leaves the Australian coastline, it enters the Bass Strait, which is notorious for unpredictable and sometimes wild conditions.