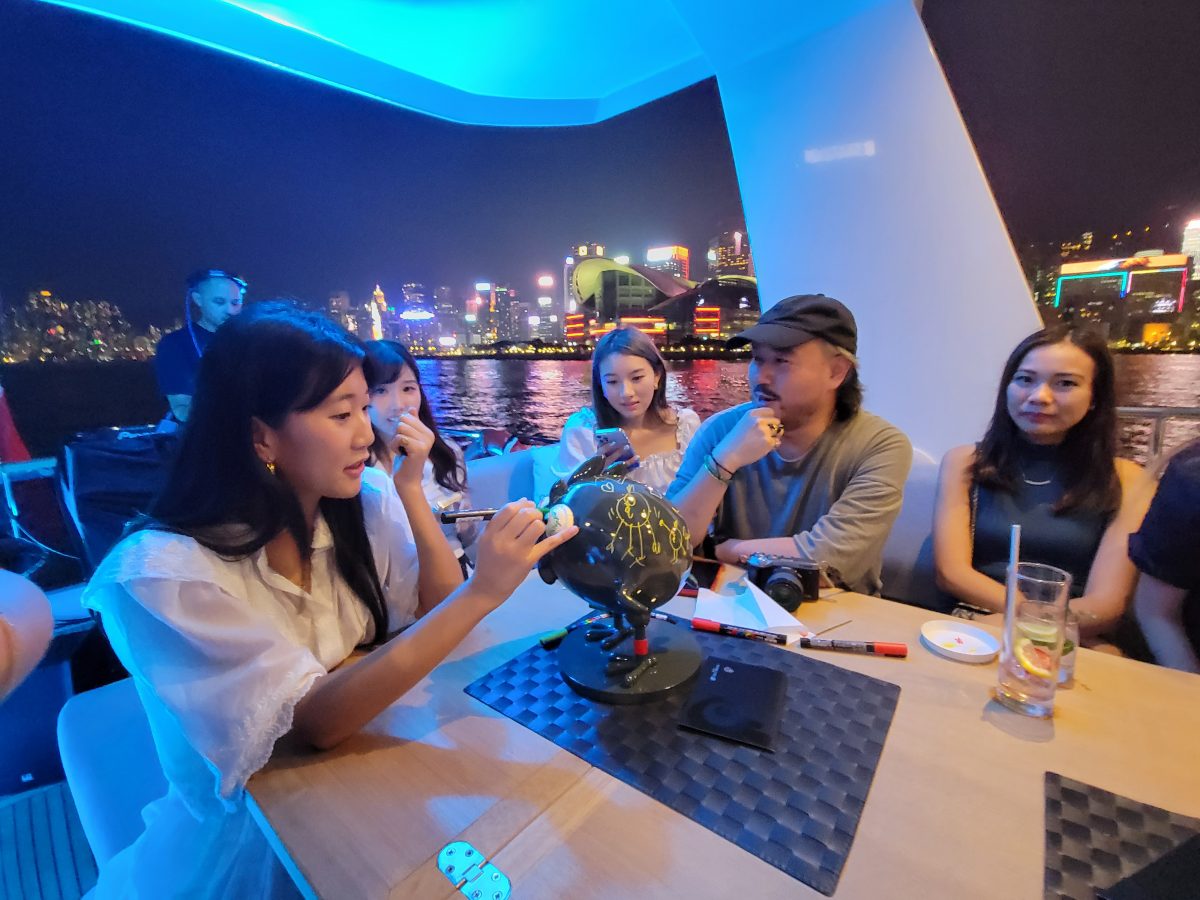 Late last week, APB was glad to attend something that resembled normal boating fun in Hong Kong. Simpson Marine held a French-themed soireé aboard its recently-arrived roomy Beneteau Grand Trawler 62 – the Asia premiere of this displacement hull designed by Micad. 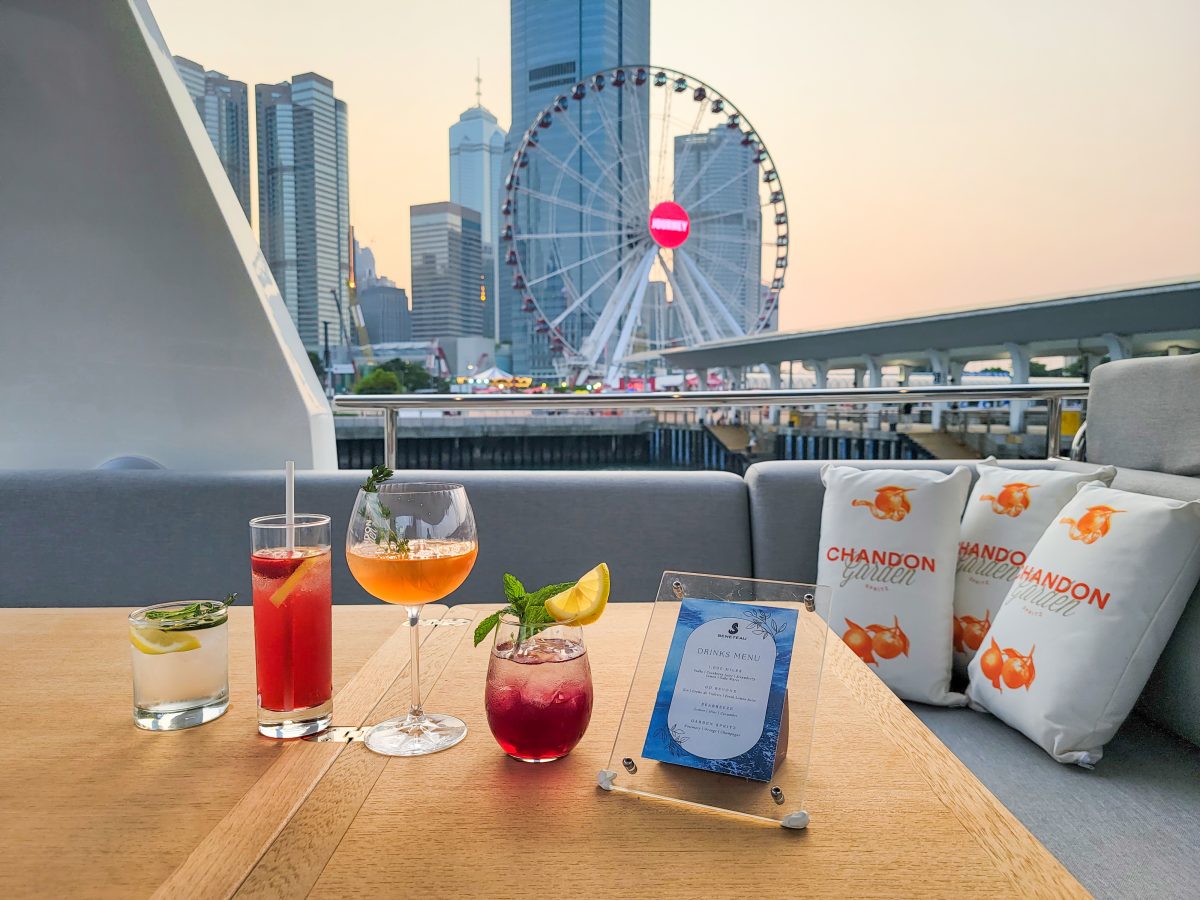 Special cocktails included Chandon Summer Spritzers the 1,000 Miles and Go Beyond, both named after the long range of the GT62

The 19m Beneteau brand motoryacht, being part of French Beneteau Group, inspired the evening’s theme which the local dealership had concocted in a very contemporary way – but laid on with relaxed old-school hospitality. 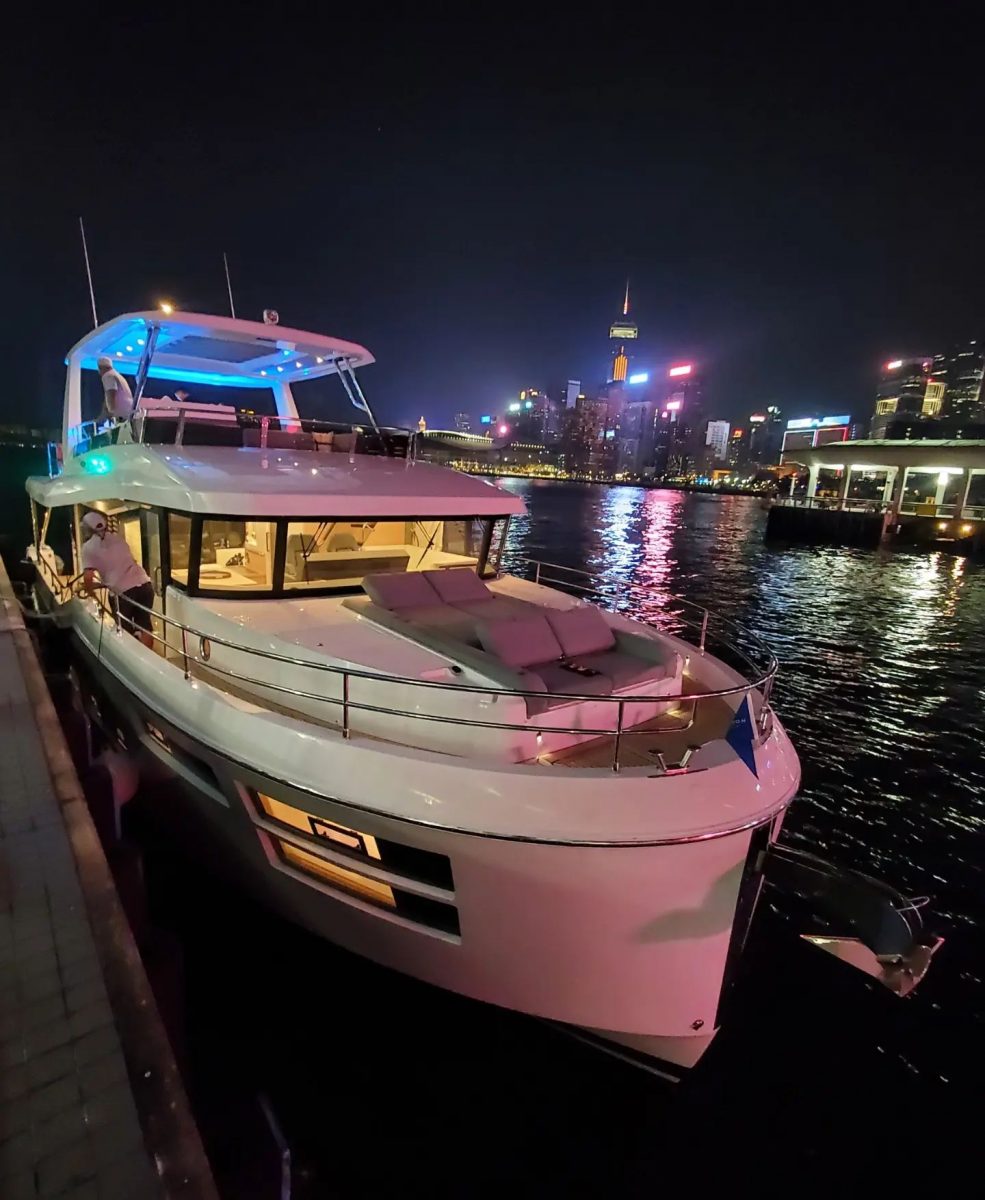 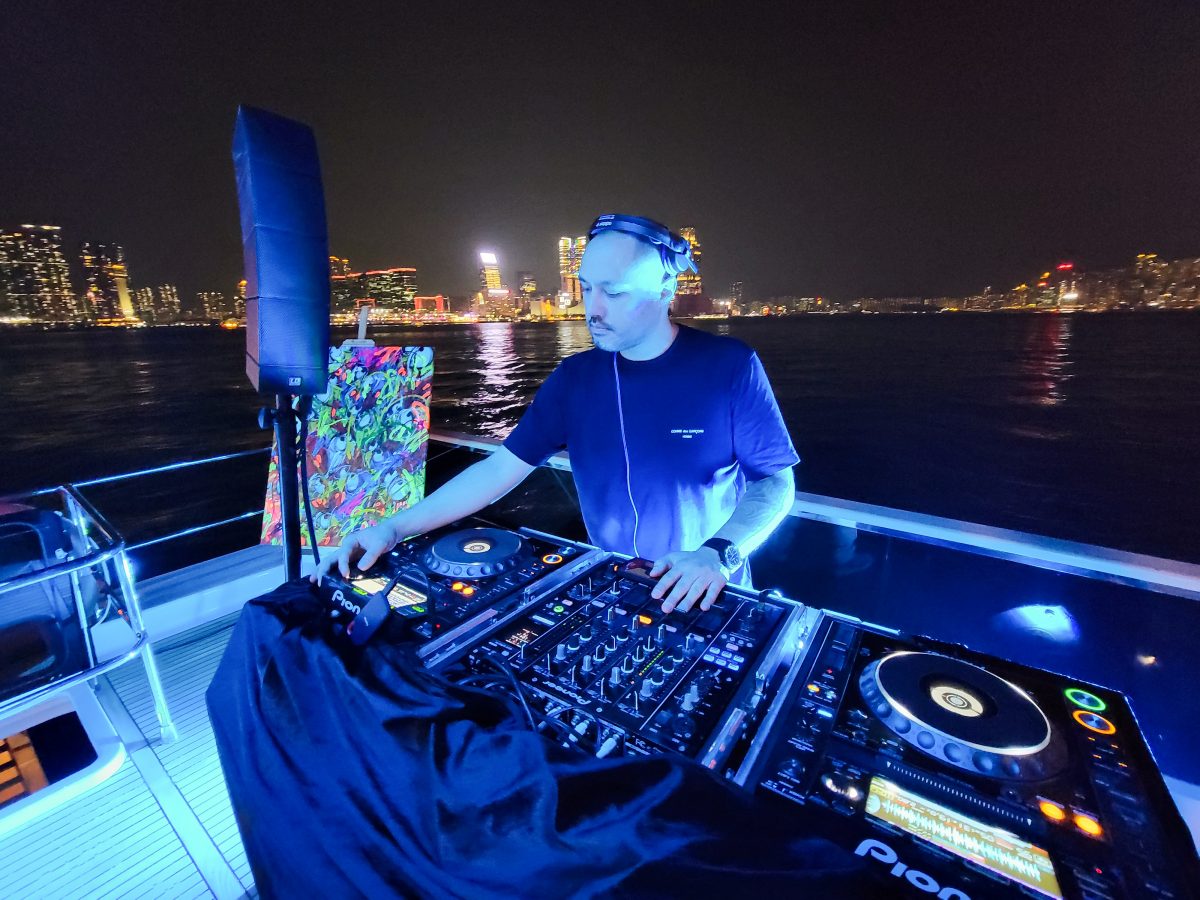 The flybridge was transformed into a chill-out lounge in which Chandon bubbly spritzers took centre stage in a cocktail bar list that included a couple of refreshing colourful ones named after attributes of the Grand Trawler 62 – notably its 1,000 nautical mile range, named 1,000 Miles and Go Beyond. The artist Ceet – who lives in Hong Kong – gave a short talk on his ceramics and paintings and oversaw informal group decorations (with marker pens) of two of his Chicanos; and at a mixing desk, next to a Ceet painting on an easel, French DJ Halex played a particularly Gallic-inspired set. 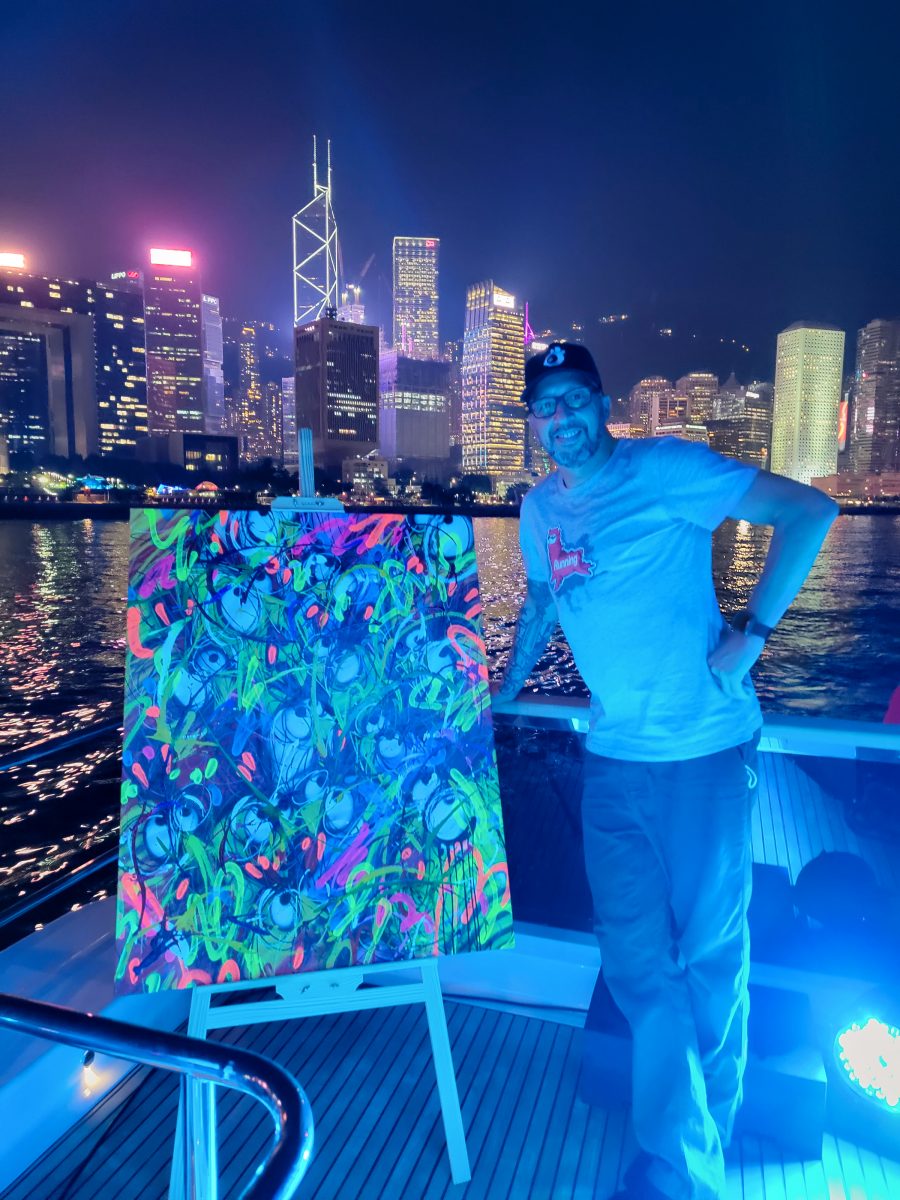 Ceet with a bright painting of his, on display on the GT62’s flybridge

Guests also enjoyed a look around the saloon’s open galley and large helm station, the three cabins on the lower deck, and enjoyed relaxing close to the water on the bow’s seating and sun pads.

Those attending said events such as this had been much missed in Hong Hong in recent times.