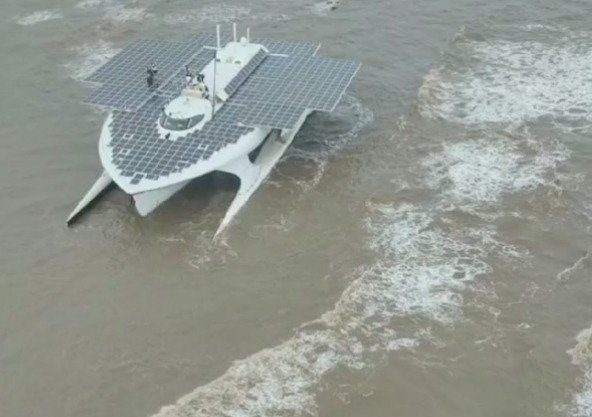 Porrima at sea, shortly after the crew were rescued

Five crew members were rescued from the experimental Swiss solar yacht Porrima, after a fire broke out in its battery compartment.

The yacht raised a mayday on August 12, off Mandwa, south of Mumbai, India, while en route to the Maldives from UAE. The yacht had called at Mandwa for shelter amid bad weather.

Braving the rough seas and strong wind, @IndiaCoastGuard ship Agrim and #ICG helicopter in a joint operation rescued 05 crew (including foreigners) from a distressed #Switzerland flag yacht #Poorima at #Mandwa off #Alibaug today. All Crew safe and healthy. pic.twitter.com/qbjPXpZS40

The Indian Coast Guard (ICG) responded to the mayday signal, and sent a patrol vessel to the yacht’s location. The Coast Guard reports that the yacht drifted towards the shallow water and reported heavy flooding along with the fire, amid heavy rain and strong winds. The ICG eventually launched a helicopter, which successfully rescued all five crew members from the stricken vessel. 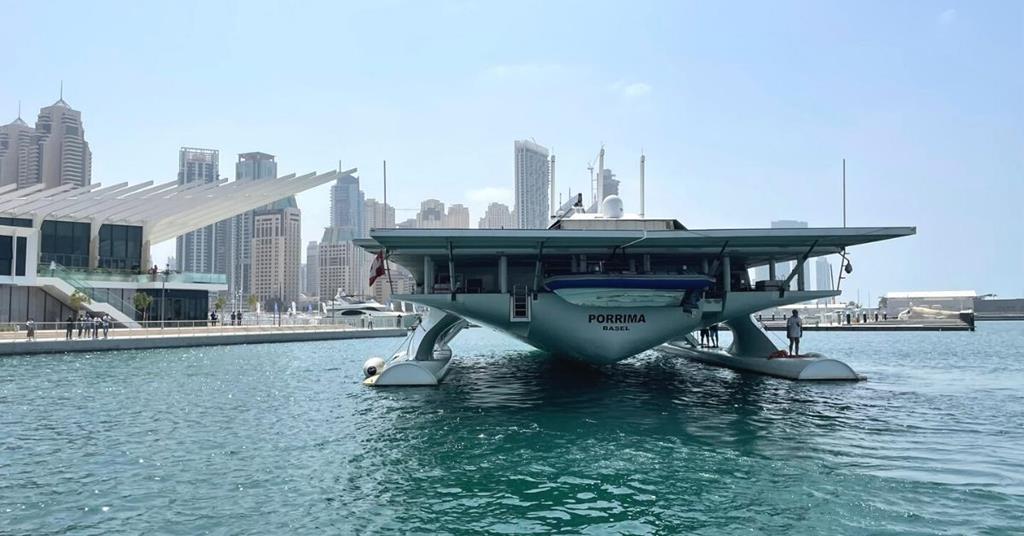 Porrima in Dubai earlier this year

“It is a 36m long yacht and operates on solar, wind and hydrogen,” says Patil. “Due to these features, the maintenance request at these ports was rejected. The Swiss-made experimental yacht was staying put at Mandwa and the crew members were in the yacht itself as they did not receive clearance from immigration and FRRO. On Thursday, two of the crew members received temporary landing permission and they left, and the yacht was left with five people.”

Porrima captain Karuna Nidhan Pandey told local media that there had been a ‘blast’ in the battery room, which caused the fire. “The rough weather that the yacht had to go through after reaching the Indian coast and lack of sunlight could have caused the technical issues.”

The renewables-powered Porrima was using solar, wind, hydrogen and AI-based solutions to circumnavigate the globe. It arrived at Dubai Harbour in March, during its global journey across five continents. 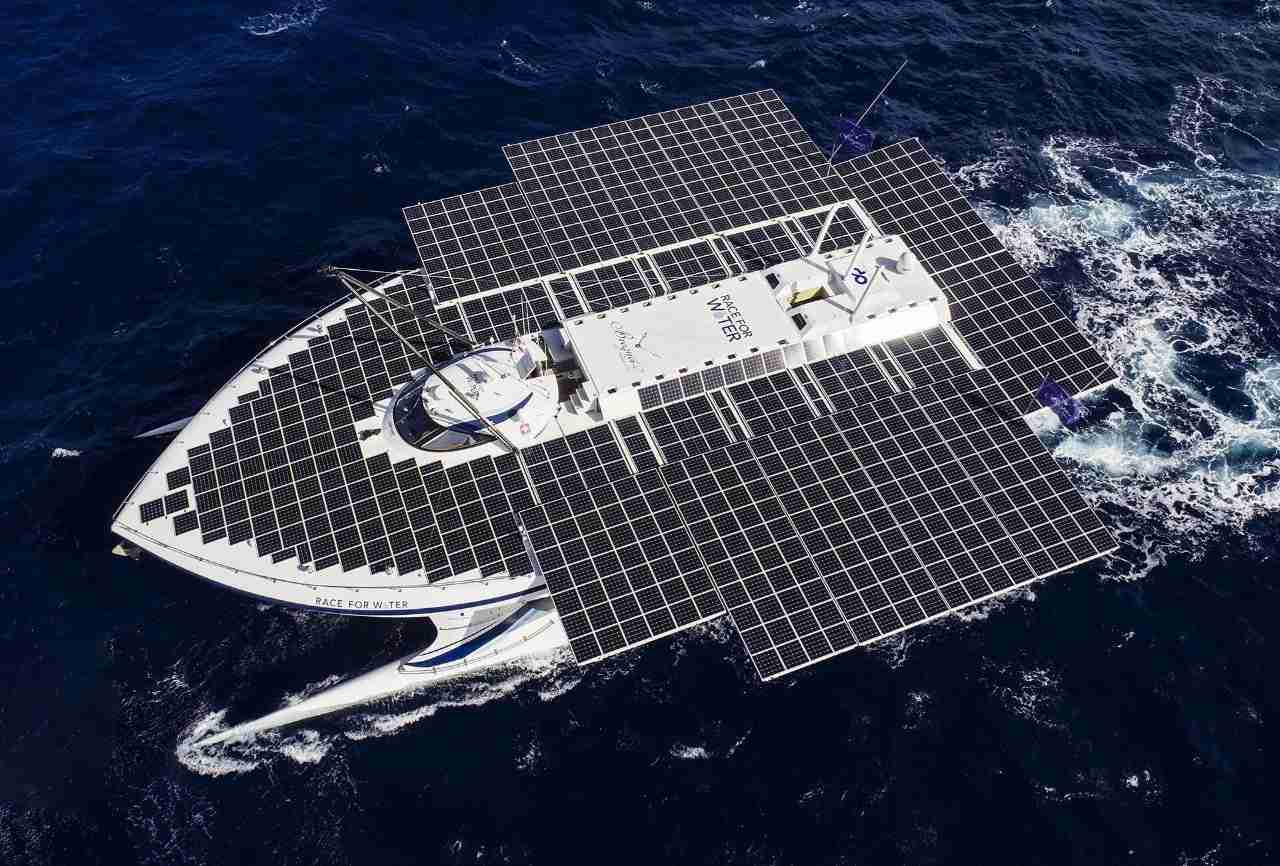 Porrima is powered by solar, wind, hydrogen and AI-based solutions

The journey, which aimed to arrive at its destination after a refit with 12 novel technologies in time for the opening of the Expo 2025 Osaka in Japan, would have seen the vessel dock at ports around the world to demonstrate how to tackle problems such as pollution and climate change through the use of commercially viable renewable technologies.

There is no confirmation yet how badly the vessel has been damaged, or if it will continue its journey.

Last week, APB reported how superyacht Aria SF had caught fire during its maiden voyage in Spain. A Pershing superyacht also burst into flames off the Amalfi coast last month.