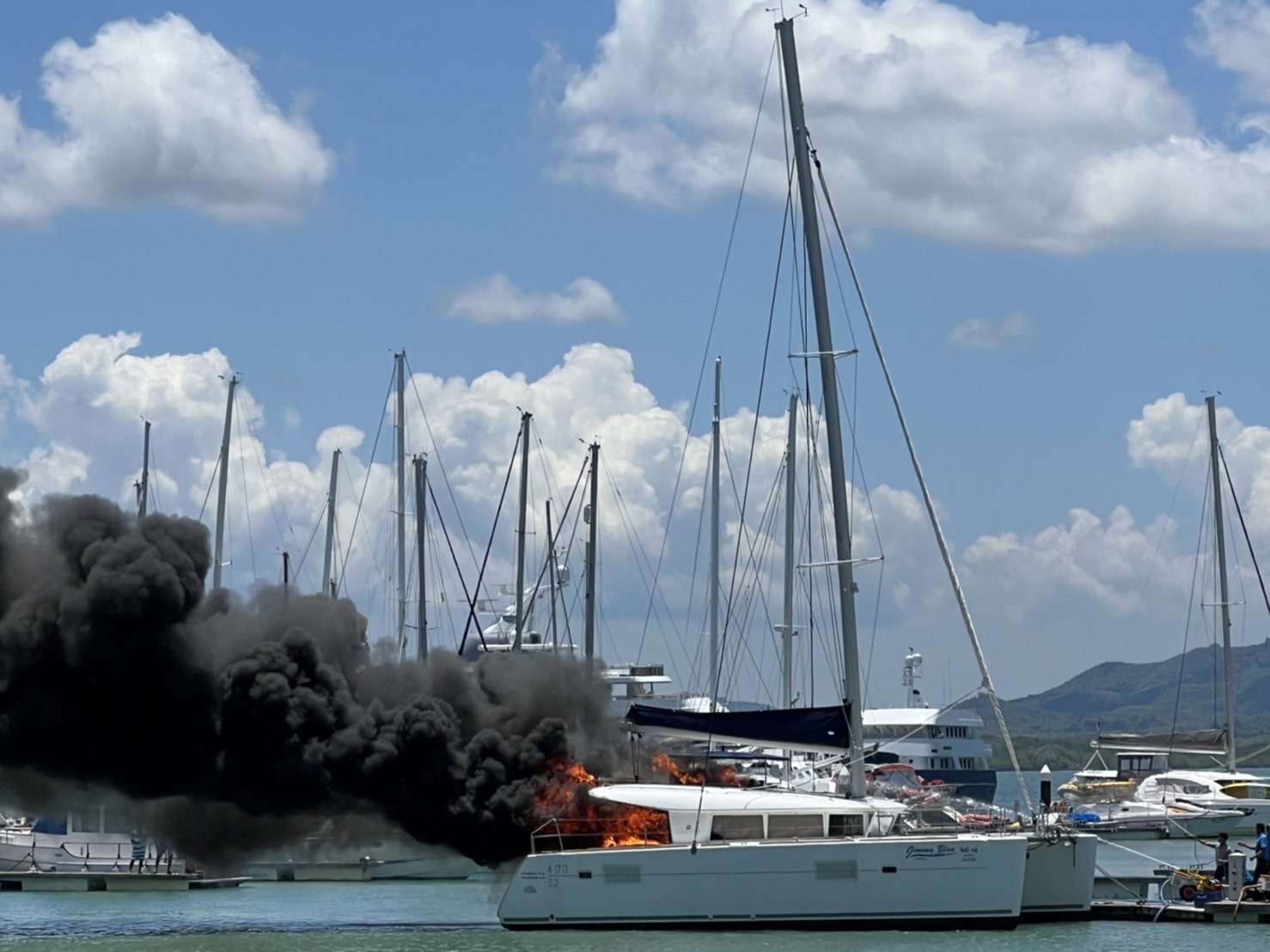 A catamaran has sunk after being destroyed by a fire at Phuket Yacht Haven marina in Phuket, Thailand.

Damage to the yacht, named Jimmy Blue, is estimated at 16 million baht (US$469,000) according to reports in the Bangkok Post and Phuket News.

There were reportedly no passengers or crew on board when the fire broke out on Saturday, and no casualties have so far been reported.

Pol Lt Col Sornthip Chukaew, an investigating officer at the Tha Chatchai police station, told the Post that the fire broke out around 1pm on April 23. 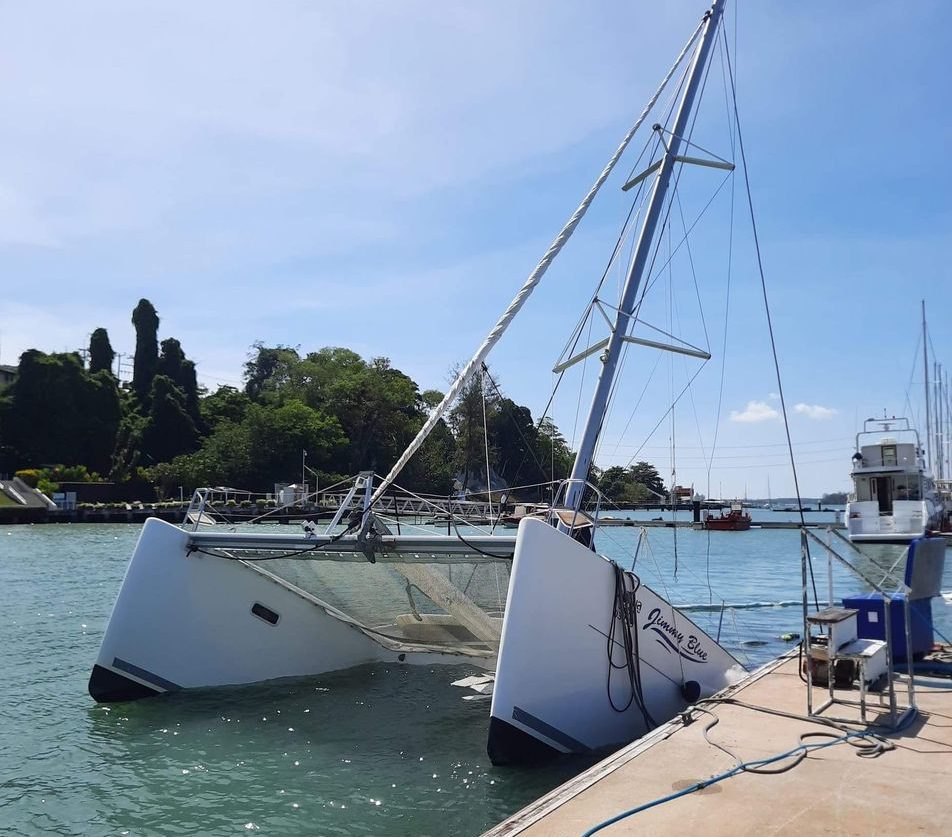 Local firefighters and passersby helped put out the flames, which spread from the stern to the bow of the 12-metre vessel. The yacht sank almost entirely, with only the prow visible above the water. Barriers have been put in place at the marina to prevent any oil spill from entering the surrounding ocean.

READ: Comment: Out of crisis, opportunity for the yacht insurance market

Initial reports claim that the fire was started by an electrical short-circuit, although investigations are ongoing.

Jimmy Blue had capacity for 14 passengers and three crew. It had a licence to sail in local waters between Ranong and Satun provinces.

A new yacht moored in a Pattaya marina was destroyed by fire in January, as reported in Asia-Pacific Boating. The blaze caused an estimated 18 million baht (US$539,000) of damage.