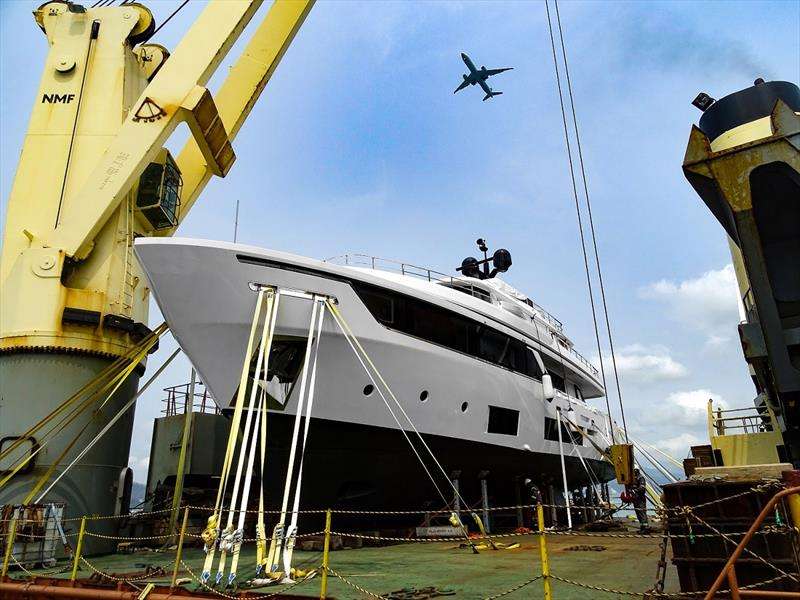 Ferretti Group has announced the rapid sale of three new 28m Custom Line Navetta 30s into Hong Kong. The first was sold in collaboration with Fraser Asia and is expected to arrive in 2021. This first Navetta 30 was sold to a first-time buyer.

Ferretti Group has enjoyed a remarkable run of sales into Hong Kong and the greater China region over the past year.

The Custom Line Navetta 30 offers a superyacht standard with a high internal volume and quality finish. Coming in at about 90 feet, it is also of a size widely favored by local Hong Kong buyers, according to dealers and yacht delivery services. The Navetta 30 was first launched in October 2020, but wasn’t shown until the 2021 Cannes yacht show. It is the entry level in the Navetta series from Custom Line, which now runs from 28 metres up to 42 metres. All have been released since 2016 as part of a reworking of the Custom Line offering.

As part of Ferretti Group, Custom Line plays a key role in the Pocket Superyacht category for the brand. In an interview with Asia-Pacific Boating at the 2021 Cannes Yachting Festival, Chief Commercial Officer Stefano de Vivo said that the since 2014, the Group has been revamping its entire line of yacht models as part of a major re-investment plan.

De Vivo, who is a veteran of the Asian yacht industry, has said that Ferretti Group currently derives about 11% of revenue from the APAC region, but he hopes to raise that quickly.