On April 28, Ferretti Group announced that it had restarted production at the company’s shipyards in Ancona, Mondolfo, Cattolica, Forli, La Spezia and Sarnico, as Italy starts to emerge from Europe’s longest lockdown period aimed at stopping the spread of the virus that causes Covid-19. 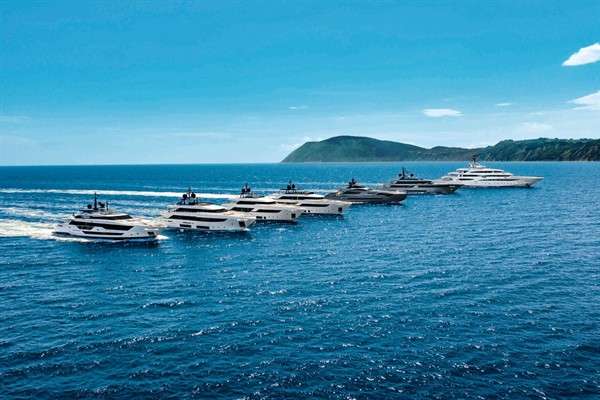 New protocols have been established to prevent the spread of the virus in manufacturing facilities, with Ferretti saying that the company was working in conjunction with trade unions and local institutions on regulations for the workplace. Ferretti announced that workers would be paid a productivity bonus along with full salary for April.

“Today is a good day for us to reopen our shipyards and reopen them safely, thanks to the commitment of many who care about Ferretti Group’s people. I would like to thank the Trade Unions, with whom we were among the first in Italy to develop a prevention protocol, and the Institutions, in particular the Prefectures, the President of the Emilia Romagna Region Stefano Bonaccini and the President of the Liguria Region Giovanni Toti, together with the Undersecretary to the Prime Minister Sen. Mario Turco, for how close they have been to the whole national boating industry in this complex period,” said Alberto Galassi, CEO of Ferretti Group.

“The Ferretti Group is safely picking up where it left off: from the boats sold to be built and delivered and from the interest and trust of many shipowners around the world.”

Ferretti Group’s shipyards are located alongside numerous other Italian yacht builders, such as Sanlorenzo, Fincantieri and Baglietto. Italy is the European Union’s second most important nation in terms of value of manufacturing, second only to Germany, according to Eurostat.

The Covid-19 outbreak began in Italy on February 21, and the country, one of the world’s top yacht building nations, began an eight-week lockdown shortly after. On March 21, Italy recorded 6,557 new cases, the highest daily total. On May 3, 1,389 new cases were recorded, part of steady decline in new cases, with active cases now in decline.

On April 27, Italian Prime Minister Giuseppe Conte announced that as of May 4, Italians could again visit relatives and parks, with stores and museums reopening on May 18. Restaurants, cafes and bars could reopen on June 1.