In a wide-ranging conversation with Asia-based yachting media on May 14, Ferretti Group Chief Commercial Officer Stefano De Vivo says that the Far East/Asia-Pacific was indeed “waking up again” after a drop in activity due to Covid-19. “We’ve seen a lot of nice activity across Southeast Asia,” De Vivo says, adding that Asia was hit first with Covid-19 related lockdowns, but people seem to be finding a way to buy boats.

De Vivo reports that Europe was also quiet in the spring, at a time that would normally be the busiest for enquiries, but that orders for big yachts were coming in again after a moment of complete “death” in the market.

The US was proving a bright spot once again, with De Vivo reporting the sale of a Pershing 7X amid full lockdown, and a number of sales in the last few weeks.

De Vivo says that Ferretti Group is back into full production, with over 70 yachts in production at the moment. Deliveries due for the year will be delayed, but De Vivo says that much of what was on order for the summer will be delivered, calling it a “miracle”. Ferretti Group is now working in double shifts, while observing safety measures, says De Vivo. 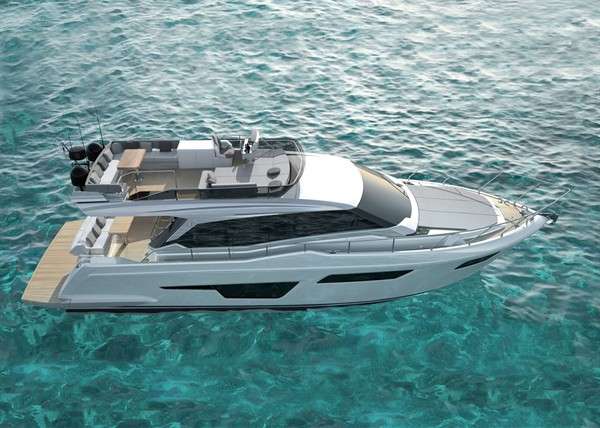 The biggest of the new launches is the latest addition to the Riva line up, the new 88 Folgore, which replaces the Riva Domino. While specifics are yet to come, De Vivo says more details will be released next week, with an official launch in July. The new Riva joins the recent launch of the Ferretti 500, part of a new, sleeker and more youthful line up for the namesake brand of the Ferretti Group. In 2021, Ferretti will launch the Ferretti 1000, which will be the new flagship of the Ferretti Yachts line up, replacing the 960.

Pershing is also reviving its line up with its new X series, with the latest launch being the 7X, first showcased at Boot Dusseldorf in January. Since then, Ferretti Group has sold five of the yachts, with famed yacht buyer John Staluppi taking hull number two.

De Vivo says that Pershing will soon launch a TO series of Pershing yachts, promising a bigger volume onboard.

From Wally, a new Wally 165 powerboat will be launched this summer, replacing the legendary Wallypower 118, a yacht capable of 60 knots and once described as the yacht that Darth Vader would buy.

De Vivo says that Ferretti Group is monitoring the coming fall show season carefully, including the Cannes Yachting Festival, which recently affirmed that it is going ahead, as well as the Monaco Yacht Show, Singapore Yacht Show and the inaugural Hong Kong Yacht Show in November.

The Ferretti Group is majority owned by Weichai Power, a Chinese industrial engineering firm, and has a large distribution network in Asia-Pacific.