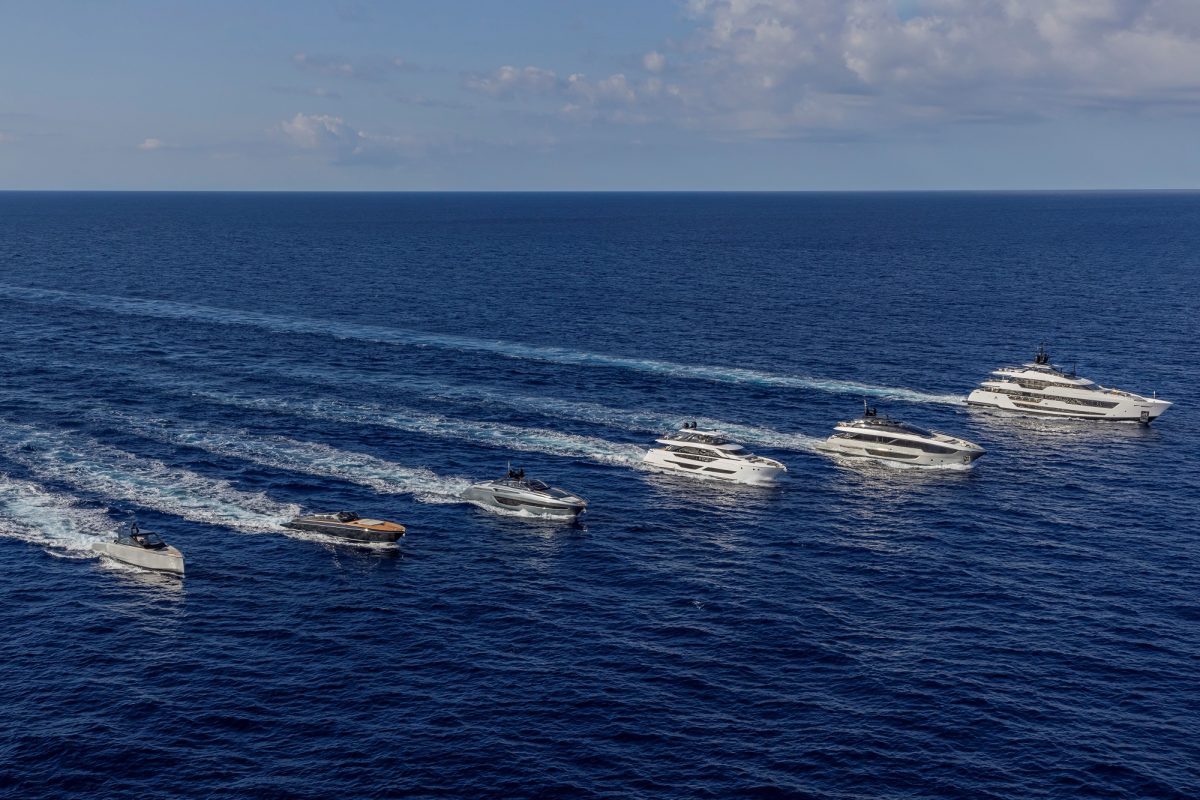 The first day of the Cannes boat show, in September, saw Italy’s multi-brand luxury yacht maker and purveyor Ferretti Group present not only a striking range of new models in its various styles and sizes but also some teasers of forthcoming projects.

A prototype of the Riva El-Iseo, with an all-electric propulsion system – an eco-conscious version of the iconic Iseo – was presented. It had its world debut at the seventh Ferretti Group Private Preview, against the backdrop of the Monaco Yacht Club.

The Group’s fleet of 25 yachts, included the world premieres for the innovative Ferretti Yachts 860 flybridge, the Custom Line 140 flagship, the Riva 102 Corsaro Super, the Riva 76 Bahamas Super and the exclusive Riva Anniversario, created to mark the anniversary of a legend, plus the elegant Itama 62RS.

This year the Riva brand celebrates 180 years since its foundation, representing an important occasion to launch a number of models. Ferretti Group has also decided to support the UNICEF 7 Fund created by UNICEF and David Beckham, which aims to help some of the poorest areas of El Salvador radically transform facilities available for children, where they can safely develop skills for their future. Ferretti Group has donated a Riva Anniversario, to be auctioned off, with the entire proceeds devoted to safeguarding children in El Salvador. The silent auction (www.ferrettigroupforunicef.com) is open for five months, concluding in Miami on February 16, 2023.

Information about and renderings of new products from Ferretti Group include the Wallywhy150, 24 metres in length, with its launch expected for February and the world debut in spring 2023. Also planned in the same period is the launch of the new fleet of sailing yachts, consisting of 101 full custom, 110, 130 and 150. The Group’s other brands are presenting five projects: Riva 82, Ferretti Yachts 580, the majestic InFYnito 90 Ferretti Yachts, Custom Line with Navetta 50 and finally Pershing GTX 80, a model that offers massive spaces.

“This exceptional growth, in a truly magical year for us, is amazing but doesn’t surprise us, as it is the fruit of high levels of investment, hard work and careful planning,” said Ferretti Group CEO Alberto Galassi, at Cannes. “These first six months project us towards a year end that I expect will be even more sensational.”