The 15m motoryacht that created a lot of buzz 80 years ago has now been restored to 21st-century level comforts, while retaining its pedigree and historical essence

80 years and two months after its launch in May 1939, the 15-metre Feadship Zephyr has been relaunched after a comprehensive rebuild. A De Voogt design initially built by De Vries in Aalsmeer, Netherlands a decade before the two families formed Feadship with Van Lent, Zephyr was an innovative motoryacht for her day and one of the very first to have her design tank-tested. 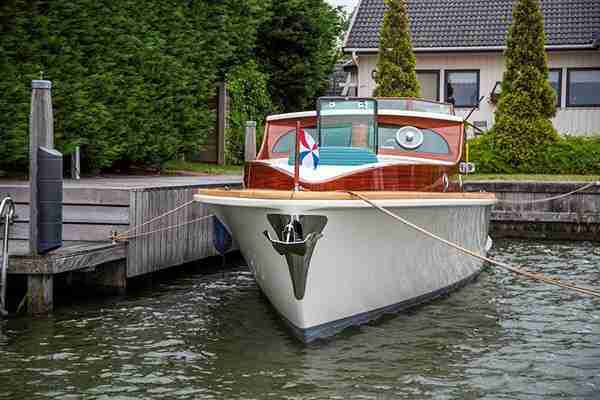 Now, in early July 2019, she is a textbook example of how our maritime heritage can be restored to 21st-century standards of comfort while retaining the historic ambience of days gone by.

There is something captivating about the cruisers designed and built by the soon-to-be members of Feadship in the years leading up to World War II. They exude classic style in the black & white photographs from the era while the yachts which have survived down the decades make an even more imposing impression in full-colour real life. And then, raising the bar even higher, there are the motoryachts of the Feadship Heritage Fleet which have been lovingly restored to their former glory. Zephyr is a truly worthy new member of this fleet in every respect.

Beautifully built
15-metre motoryachts of this size and sophistication were big news at the time of Zephyr‘s original build. In August 1939, Yachting World published a lengthy article on her “modern design” with two V8 engines. “Very rarely is it considered worthwhile to carry out a series of tank tests of a motor cruiser of less that 50ft,” the piece began. “But it is occasionally done in Holland if a high performance is required. In the case of Zephyr this was very carefully carried out in the tank at Wageningen and it is to the credit of the designer that the scale model showed practically a straight line resistance curve up to 19 knots”. 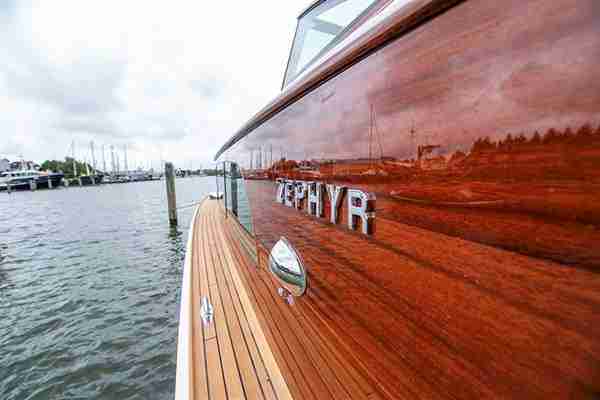 The article went on to discuss how the owner of Zephyr was a repeat client who had previously ordered the yacht Nepos from Henri De Voogt. “She had been a great success but the owner wanted something a little faster and returned to the same designer for his new boat.” It is fascinating to read how such custom requests were met and Yachting World was also very impressed with the construction work of the yard. “Zephyr is most beautifully built. Nepos was very easy on the eye but Zephyr is even more so.”

Investments in pleasure
Unsurprisingly, no records exist of how Zephyr fared during the war years but she clearly avoided the fate of the many yachts destroyed during this dark period for the Netherlands. The owners, the Smit family, were able to make good use of their not insignificant original investment of 14,000 Dutch guilders in the 1950s and 1960s. Less is known about the yacht’s later years apart from the fact that Zephyr had a Greek owner for some time who added a flybridge and two stern drives. 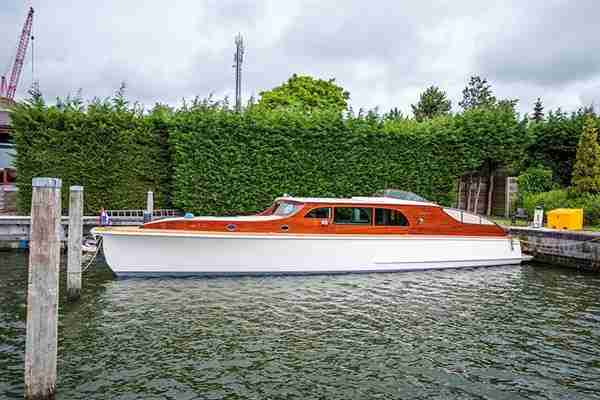 The current owner is an experienced Dutch sailor with a collection of boats old and new. He discovered Zephyr two years ago abandoned in a yard in the Netherlands having been stripped by a previous owner who had come up against the financial realities of a total rebuild project. Recognising the yacht’s pedigree as a member of the Feadship Heritage Fleet, the current owner paid off the debts and took over the project, one with which he has been very involved with ever since.

“Determined to ensure that Zephyr retained her Feadship pedigree, I contacted the Feadship refit team,” he explains. “They instantly fell in love with the design and made a comprehensive survey of the work already done on the hull and superstructure. Seeing the cost implications of having all that still had to be completed carried out on a 15-metre yacht at Feadship itself, they suggested a more economically viable way to ensure Zephyr would be granted Feadship certification.”

Younique proposal
The plan proposed by Feadship was to partner with Younique, a boutique yard that specialises in building and refitting smaller yachts and is located a stone’s throw from the Feadship yard in Makkum. “We were already familiar with the craftsmanship offered by Younique as they have made some excellent outdoor furniture for a number of new-build Feadships,” explains Ico Vergouwe, Head of Refit Sales at Feadship.

“As part of the agreement for the refit of Zephyr, Feadship offered to provide close supervision of the rebuild activities, including regular visits by the headmaster of the Feadship Academy in Feadship’s Makkum yard, Sieger van Kampen. We are very impressed with the results and pleased to grant Zephyr Feadship’s seal of approval in terms of the provision of an Authenticity Certificate.”

The owner was also a very frequent visitor to the Younique yard as he thoroughly immersed himself in every aspect of the refit. “The project was so enjoyable that we went considerably further than originally planned, creating a new designer interior, installing new four-cylinder Yanmar engines, adding stainless steel details, and so on. The materials used for Zephyr‘s original build were an interesting choice back in the 1930s and placed considerable demands on the refit team today.

“Her hull frames, bulkheads and engine bearers are made of aluminium, which was aerospace technology at the time of her original build. But it was the trinity of timbers used that posed the greatest challenge today in terms of retaining authenticity. The diagonal oak planks for the inner skin, the teak on the hull bottom and the mahogany to complete the topsides all had to be delicately restored. We also made sure to maintain the same level of quality in all the work on the superstructure and in the details such as the insulation, joinery and varnishing.”

Good taste
Zephyr now has a relatively modern and tasteful interior design, with a degree of comfort that is significantly above that of the original yacht. The owner’s suite is in the forepeak and there is a children’s cabin aft. Other highlights include an open galley, a smart saloon that can also be used for sleeping guests and an internal steering position. A second steering position is found on the outside deck.

“This project illustrates how even the smallest and oldest Feadships can be brought back to life with the right people involved and Feadship documentation, expertise and support,” concludes Vergouwe. “The owner’s commitment is also a key factor in this success story and we congratulate him on this fine achievement.”