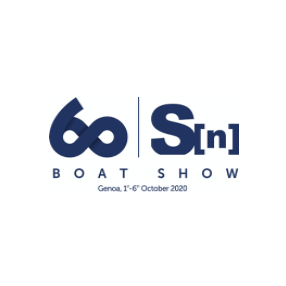 The organisers of the Genoa International Boat Show have announced new dates for the 2020 show, along with a plan to adopt ‘extraordinary measures’ to handle a range of post-crisis scenarios.

The 60th edition of the global trade fair, which was set for September 17-22, will now be held October 1-6.

I Saloni Nautici, the company that organises the show under the Italian Marine Industry Association, has created a ‘Covid Task Force’, comprising legal, health and engineering experts, to oversee health and safety precautions.

Measures put in place this year include online ticketing and automatic temperature checking at every entrance to the show.

There will also be two entry points to the show – one for the public, and one for exhibitors. The show’s layout, which covers almost 200,000 square metres, has been redesigned to allow for walkway widths of at least 4 to 6 metres.

Organisers say these measures, combined with new floating structures for exhibitor stands, will make managing the flows of visitors easier and safer.

Changes were agreed by the Board of Directors of the show organisers, I Saloni Nautici, and the Governing Board of the Italian Marine Industry, after discussion with regional and local authorities.

The Genoa International Boat Show is one of the world’s leading boat shows, and has been held in Genoa, Italy, since 1962. Last year’s event had over 1,000 boats on display and attracted some 188,000 visitors.

Organisers confirm Genoa Boat Show will go ahead in October

Sustainability special – is the future of yachting pollution-free?