The benefits of using hydrofoils on a boat to “lift” a boat out of the water, letting it go faster and smoother, have been understood for over a century. The first attempts to use foil technology in naval architecture were in England in 1861. In 1919, Alexander Graham Bell built the fourth prototype of a hydrofoiling boat that achieved a speed record of over 60 knots, at a time when the world’s fastest steamships could only manage 25 knots.

America’s Cup competitors are now using hydrofoil technology in the race to be fastest on water, and UAE-based Enata, an industrial and R&D company focused on marine and aerospace industries, is using foil technology to create a range of fast motoryachts that put the driver in the bow of the boat. Under development since 2018, the Foiler uses four hydrofoils that lift the boat of the water at speeds of just 18 knots. 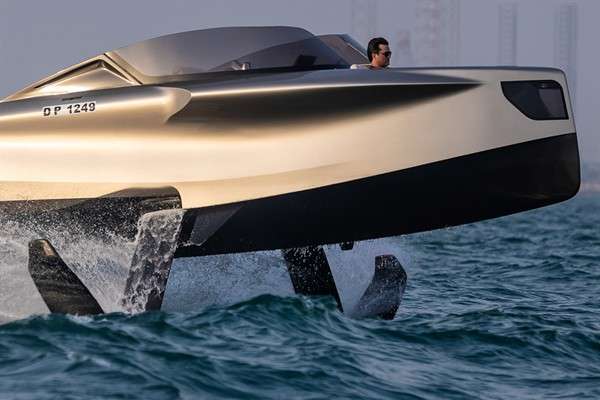 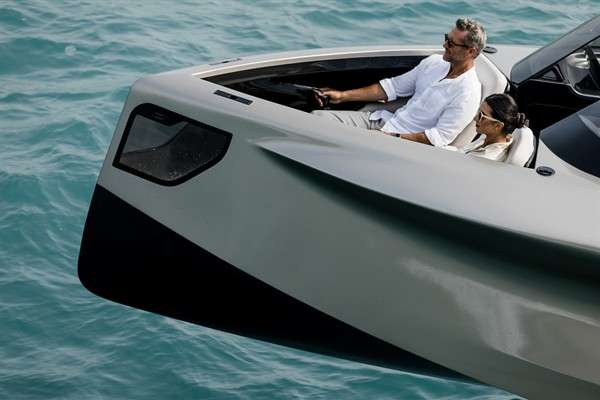 The Foiler’s retractable wings create a smooth ride across waves and wake at speed. The rear foils contain engine pods and propellers, allowing the boat to move efficiently at slow speeds with the hull in water, and at speed with the boat “flying” above the water.

The current edition of the Foiler features joystick control placed forward, near the bow, creating a boating experience like no other. Powered on twin V8 marine diesel engines delivering 740 horsepower, the Foiler can reach over 40 knots with much less power than normal boats. 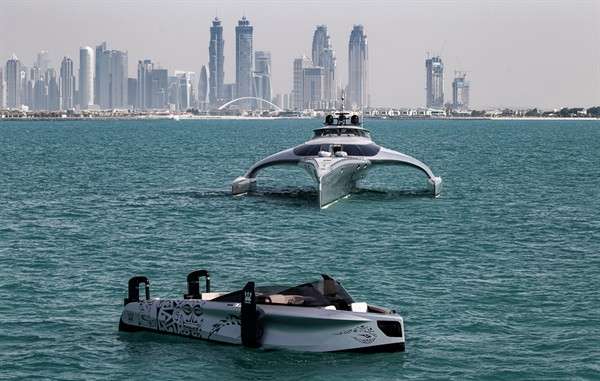 The foils can be deployed or retracted by the push of the button, and when retracted, the Foiler can navigate in waters of just 0.6 metres depth. This year, Enata added 54 smart sensors to the boat, picking up data on angles and pressures on the boat, which are then relaying the data to the driver for better performance.