Duncan Hine is more than just a winning skipper in the Rolex Sydney Hobart Race; he’s a proud Tasmanian who sees his wins as a way to revitalise the race among his fellow Tasmanians. His yacht is the Reichel Pugh 66 Alive, owned by Phil Turner, a Tasmanian businessman.

“Sydney Hobart is a special race that everyone knows, sailor or not,” the genial Hine says, while joking about having finally met one Australian who was confused when he said he was doing the “Hobart” this year. 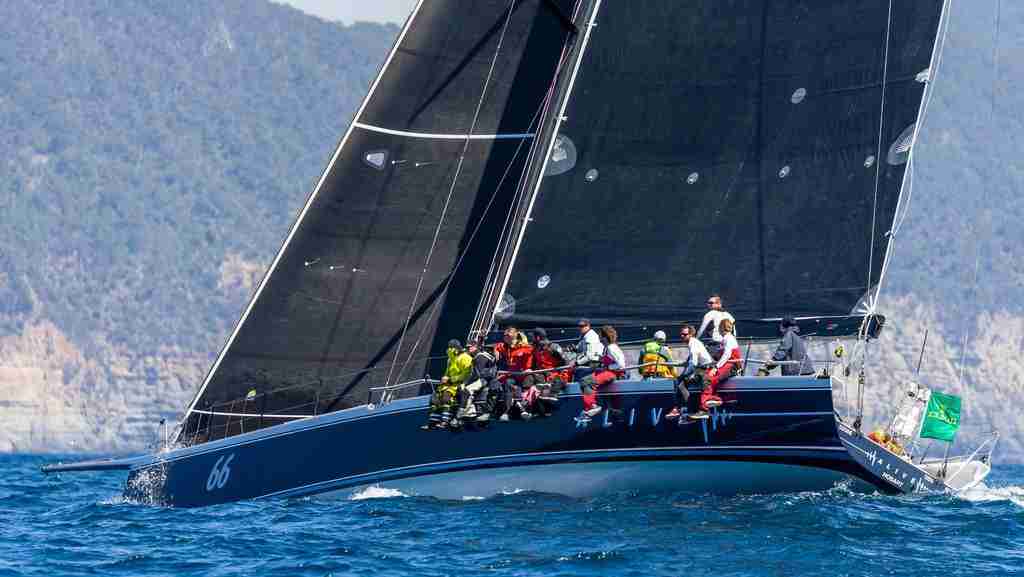 After a year off from Covid, Hine says he and his crew, along with the rest of Australia, are ready to see the fleet start off in Sydney Harbour once more, hoping for a repeat of their overall win in 2018. From Tasmania, Hine spoke about the Sydney Hobart Race, why it matters so much and getting Tasmanians back into the race.

What is it about the Sydney Hobart Race that means so much to so many sailors?

You’ve got to look at the tradition of the race. The reality for most people is that it is between three and five days racing, (and) it is in testing conditions. You finish in the Roaring Forties. In Tassie (Tasmania), it can blow here. Outside, it’s blowing 40 knots now. It is not uncommon to get 60 knots at the bottom of the island. It’s a hairy race. It’s a bucket list race. Not just for Australians, but a large part of the world. People come from everywhere. It’s an Aussie special – but I have some crew from overseas.

What does it take to win the Sydney Hobart Race?

The most important part is the boat – you have to have the right boat to fit the weather patterns. If you got the right length of boat for the weather on east coast Australia, then you have an increased chance of that opportunity to win. You’ve got the other factor, the weather, that counteracts that. It gives a lot of different boats the chance to win. When you look at the stats on that, you can sort of see the what the boats are banking on. Our boat, Alive, fits into an envelope that can win.

I haven’t sailed the Middle Sea (race) or Fastnet; I’ve done a bit of racing in Asia – Hong Kong to Vietnam – I love that race! The big difference with Sydney Hobart is you have a bit of everything. For the last race in 2019, it was quite a moderate breeze race – but it was the fastest race we did. We did it in 48 hours – pretty bloody quick. But at any end it can be extreme. The smaller boats get more extremes.

The weather and the seas are famously treacherous in the Bass Strait. What are you looking for when you are approaching the strait?

In this day and age, everyone just looks at weather apps, like Windy. They tell you where the wind is coming from and speed, and you can see what’s likely to happen. But you should look at the synoptic charts, so you can see why it’s happening. It’s a lot more variable. 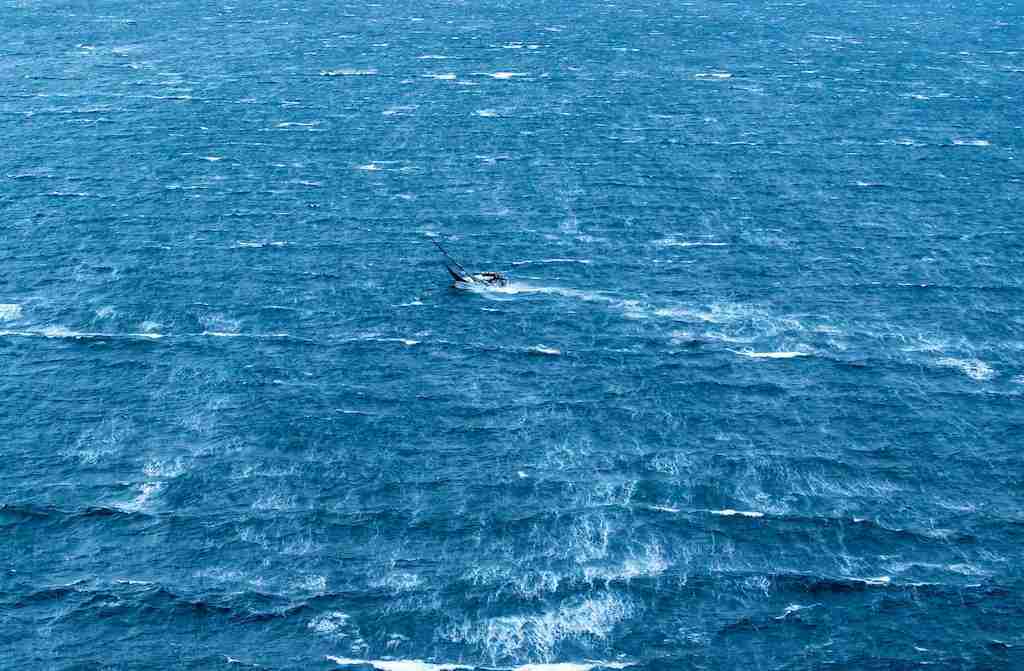 Sailing off Tasman Island in the 2018 Sydney Hobart Race

Bass Strait makes it more variable. The weather across a continent is predictable, but the strait adds variability. (Weather) fronts go across it at 35 knots‚Ä¶ a front is booming at 35 knots. One part (of the fleet) can get it and another part misses it. Bass Strait is 200nm wide, and it’s only 70 metres deep (average). It’s tidal and wind driven, so you get a lot bigger seas.

(At the moment), the highs are still pushing from the Southern Ocean, but it hasn’t developed into a pattern; we still have fronts rolling through. You can’t predict what’s going to happen. This year, it could be a shocker.

You are from Tasmania. What is the significance of the race to the sailors and residents of Hobart and Tasmania?

When the race was originally contended, there were a lot of Tasmanian vessels. As fleets have progressed, the part that Tassie played became less and less. Philip, the owner, is a Tasmanian. To have a Tassie boat of this calibre representing our state‚Ä¶ it inspires other Tasmanians to dream again. It looked like it (the race) was no longer in our league, but now it looks like it is. We’re showing the richest syndicates in Australia how its done.

For us to go sailing down here, you can have five knots (of wind), then 30, then five – in 15 minutes. You have sun and storm in 15 minutes. The boats we have in Tassie for racing are manageable with less crew, tougher. But in the rest of Aus, you look at predictable winds, you choose the sail, you can predict it. 70% (of the time) it is not going to vary.

I think the year we won, there might have been six Tassie boats; then there were 12. It’s a snowball effect. It’s allowed us to dream again

In Tassie, it’s a different kettle of fish. You have to cater for a lot more. The style of boats in Tassie reflected the type of sailing we have down here. The style of racing vessels on the mainland of Australia, they’ve gone a long way to the breaking edge of everything. They’ve gone to super light, everything this and that, but the reality is if you have those boats down here, it would be carnage. So they (Tasmanians) lost the dream that they could win the Sydney Hobart. We were the first Tassie vessel to win 37 years. 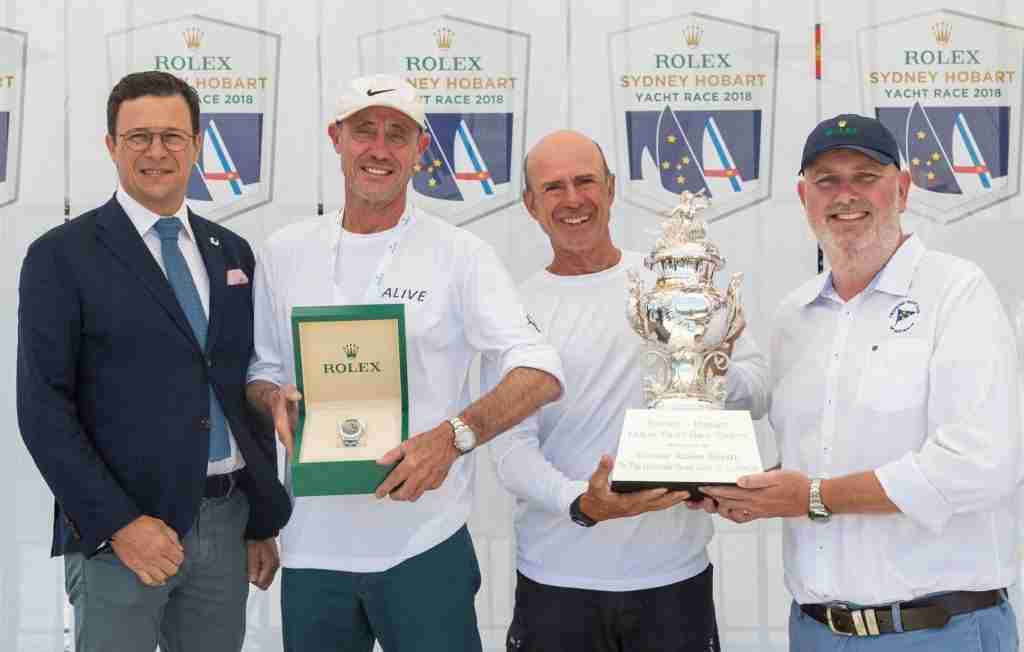 It’s all thanks to Phil. It’s a wonderful thing. I love it! I think the year we won, there might have been six Tassie boats; then there were 12. It’s a snowball effect. It’s allowed us to dream again.

You and the Alive team have been competing quite a bit in Asia, in particular winning the Rolex China Sea Race. How do you compare racing in Australian waters to competitions in the Asian series?

We have won the Rolex China Sea Race line honours twice. I haven’t seen a bad edition. I haven’t seen a bad Asia race at all. Raja Muda, King’s Cup – most of the Asia circuit. We can’t get to Top of the Gulf; even though Phil lives in Pattaya. We draw 4.5m and I think you’re in the mud (in marinas). Phil would do it if he could.

I’ve done the (Asia) racing circuit twice, both times we had a ball with this vessel

It’s much more culturally diverse. In Asia, you’re travelling to different countries – that’s a good thing, a growth thing. In Australia, we’re all the same. It’s not vastly different. I’ve done the (Asia) racing circuit twice, both times we had a ball with this vessel. Always been a lot of fun – a big part of the Asian series is there’s more camaraderie between boats. Here in Australia, it’s a bit more like combat.

Do you expect to compete in Asian regattas again with Alive? What does the future hold for you in regattas and competitive sailing in the region?

We thought of it. At the moment with Covid, we don’t know whether we’re coming or going. As soon as that settles, I’m pretty sure Phil will race in Asia again. I’m all up for it.

Just watch it; follow the race! I am sure that as soon as people involve themselves in the race, more people will put on their bucket list.