It was quite a treat this week to view two immaculate pre-owned luxury motoryachts that both certainly fulfil – in terms of space and ‘wanting for nothing’ – a solution for long-range luxury cruising, and could easily function as floating homes. 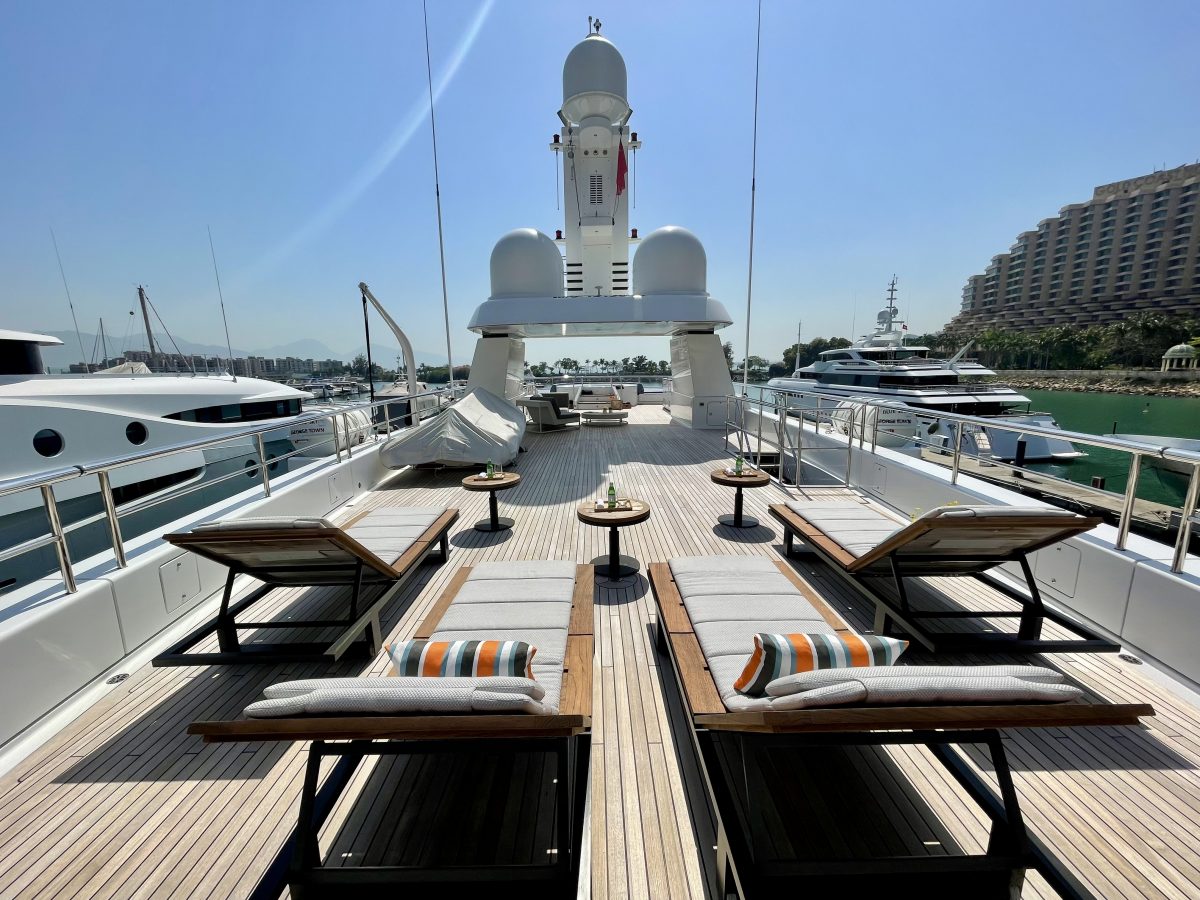 Up on the custom-extended sundeck on the 45m Feadship Blue Sky. Railings are removed when it functions as a helipad

Starting with the 2013 44.6m Holland-built Feadship Blue Sky, a roomy 9.2m beam on the main deck is fully utilised by placing four en-suite double- / twin-configuration cabins and the owner’s stateroom in its forward half here. Large windows light up all cabins and afford excellent views, with the owner’s suite additionally benefiting from generously long skylighting that extends into a very spacious bathroom. 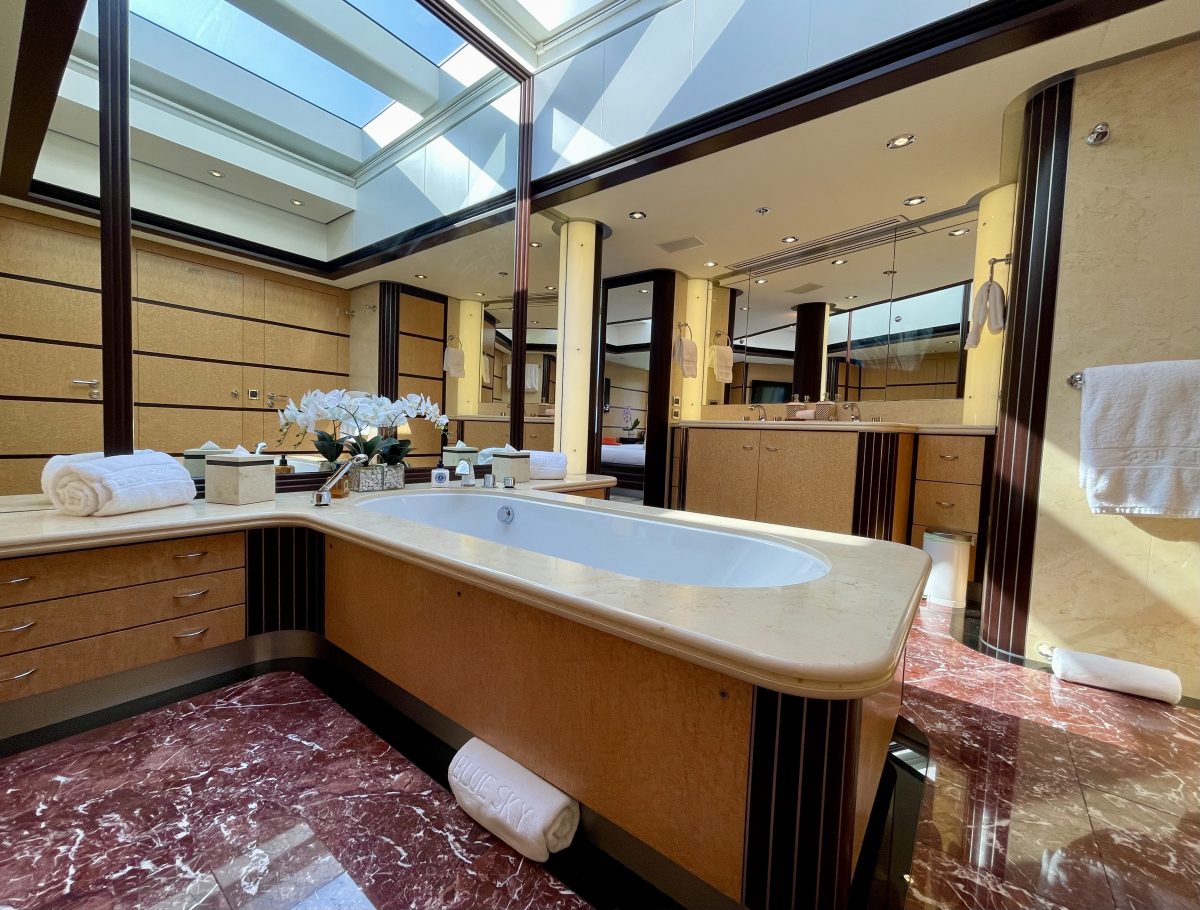 This hull is the only F45 only in this model range that is equipped with helicopter deck on flybridge aft (built to enable use aircraft up to a maximum to 1.4 tonnes); as well as extending and strengthening the aft of the sundeck, custom detachable railings were installed here.

At the stern, a long swim platform submerges when an 8m Pascoe tender is launched from a hydraulic-and-cable system in the garage.

Other notable features includes beautiful inner stairwells between decks and an enlarged open entertaining area aft of the main deck that can interconnect with a roomy cockpit. And a Jacuzzi on the sundeck, above the wheelhouse deserves a mention.  Carmen Lau, senior advisor of Camper & Nicholsons International said, “It is rare to have a high-quality Feadship yacht of this size in Asia.” 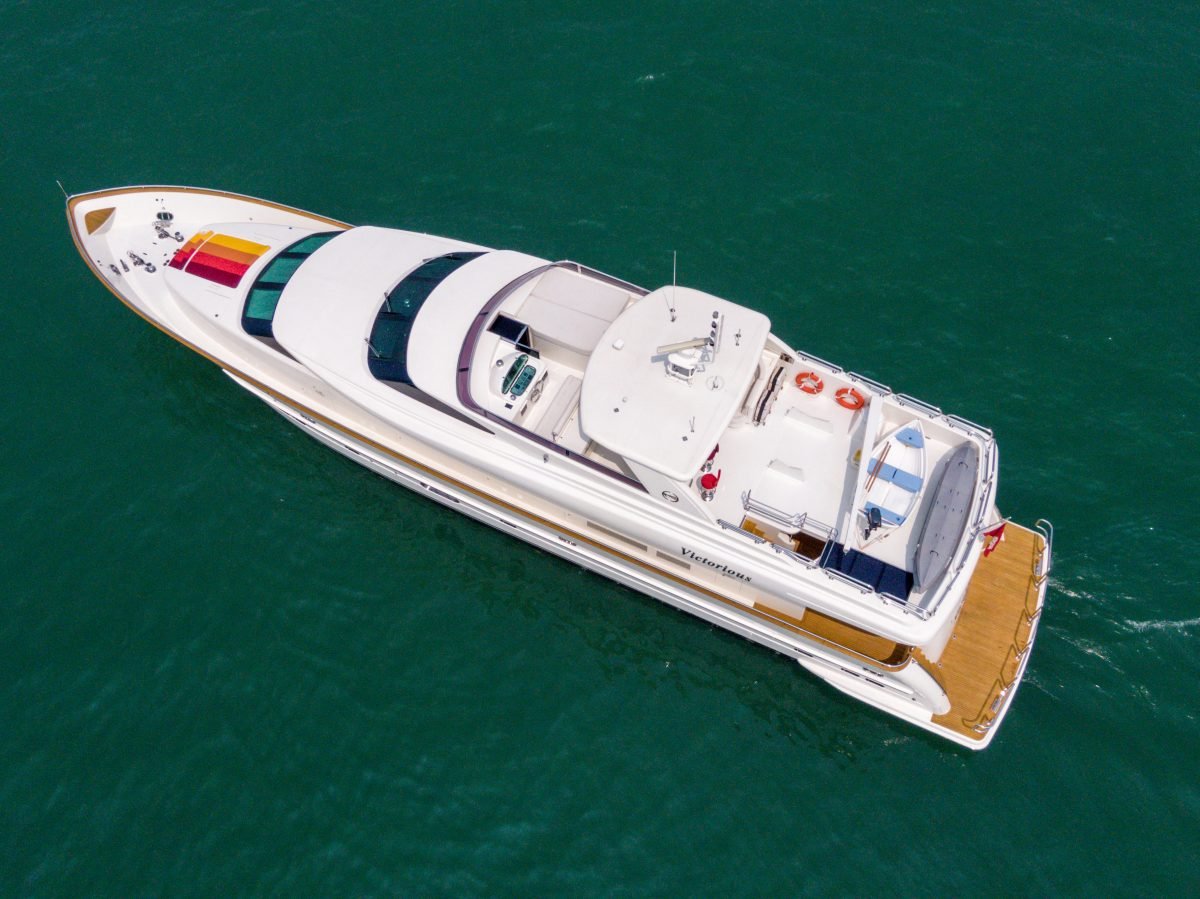 The second yacht, the 2010 29.6m Taiwan-crafted Horizon Victorious. Its Hong Kong owner worked with the shipyard and a UK-based designer to create a yacht for cruising (at an average of 10 knots) local waters and holding personal social and occasional work events.

For the well-finished upbeat eclectic interior, the owner personally sourced materials for wall and surfaces – including some exceptional marble for bathrooms that have blue, rust-orange and light pink vein accents.

The master suite is dominated by a lush scarlet palette, and a guest suite – nicknamed the Bubble Cabin –  shows light playfulness in elements of its design. 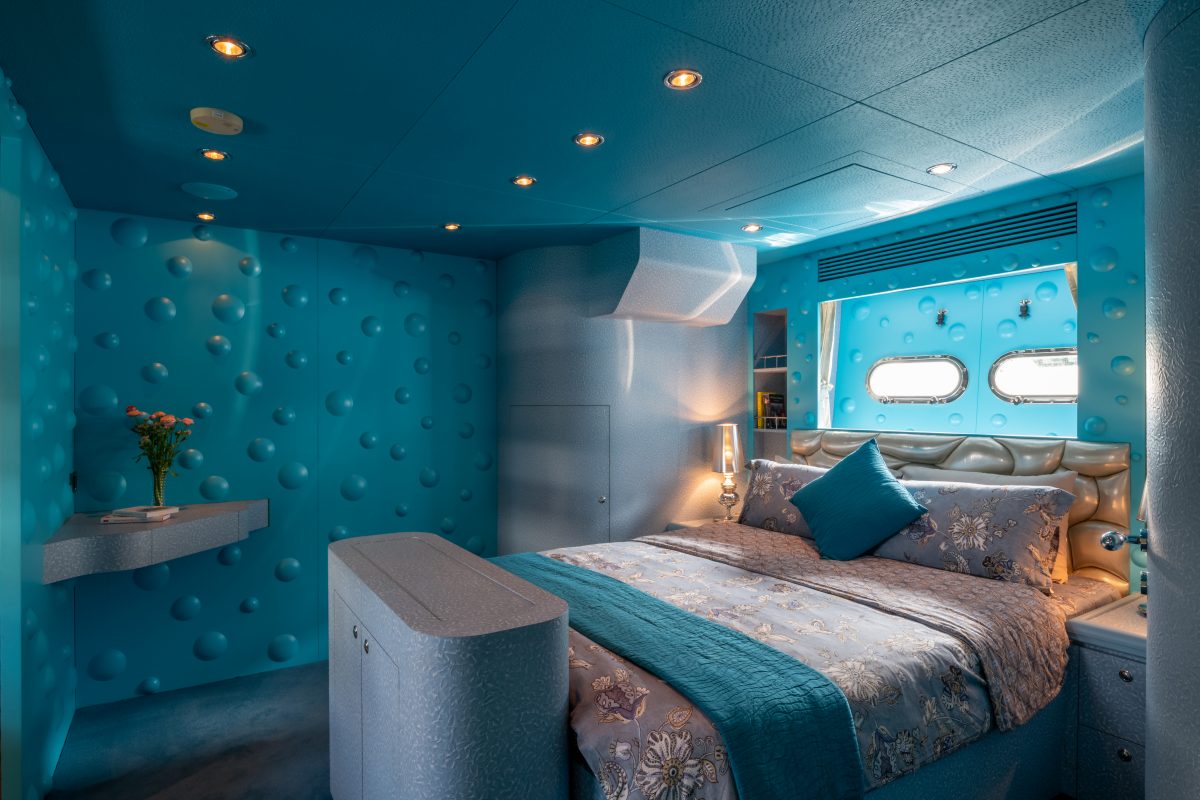 The Bubble Cabin is typical of some of the fun nautically-inspired interior theme.

A Jacuzzi was added to the flybridge, positioned forward of the bar and seating area, and has its own cover that converts it into an additional seating area. 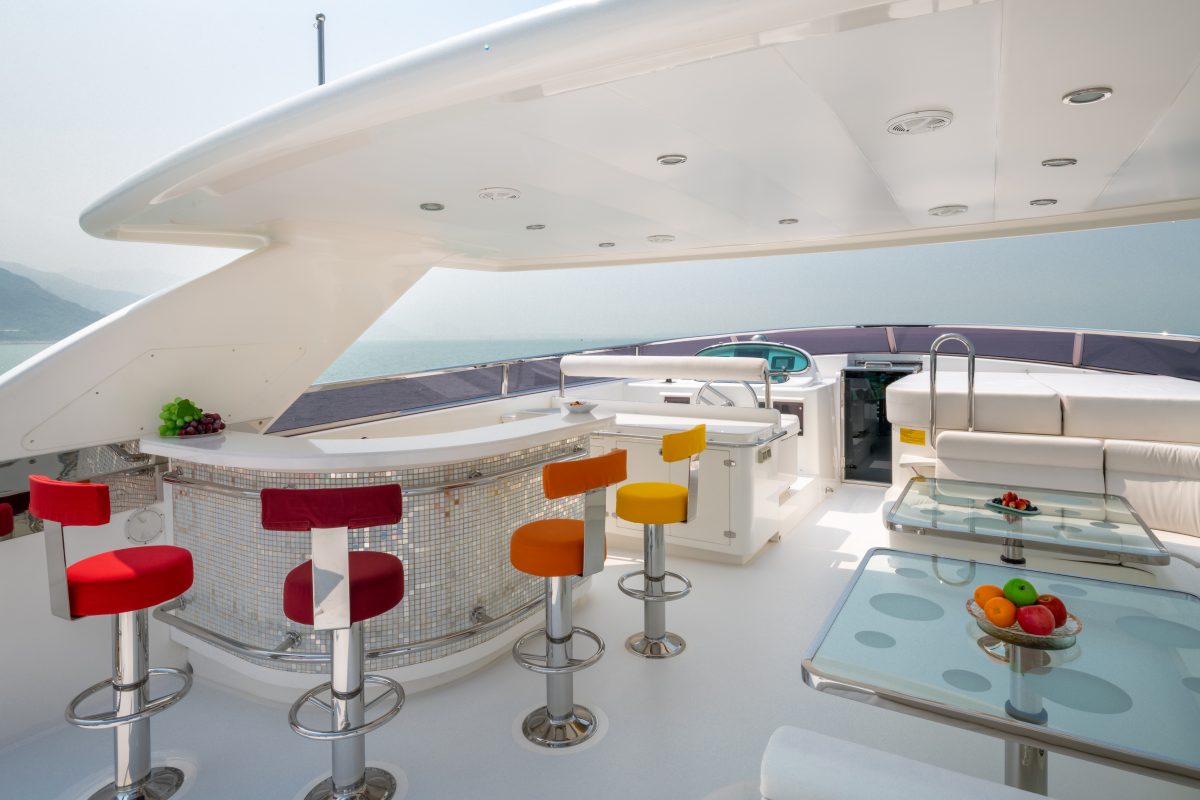 The flybridge bar and lounging area had a custom-added Jacuzzi concealed under sunpad seating, right of the upper helm station

Karen Ball, sales broker in handling Victorious, said of the two-superyacht presentation, “After a tough three years of restrictions that we’ve experienced, our team was so grateful to be able to showcase both yachts to our industry colleagues and yachting professionals. We were finally able to offer a much-anticipated and awaited open day onboard and it was very well received.”

Lau added, “We had a great turnout rate of the brokers and partners. They were all very impressed with the quality and condition of the yachts. Both M.Y. Blue Sky and M.Y. Victorious are around 10 years old, and it’s the first time they have been listed on the market.”