A full two years’ worth of new developments are on display as Cannes returns for first show since 2019. Annual sales figures revealed by major brands at the show's opening press conferences are buoyant, although Europe now faces challenges with supply chains 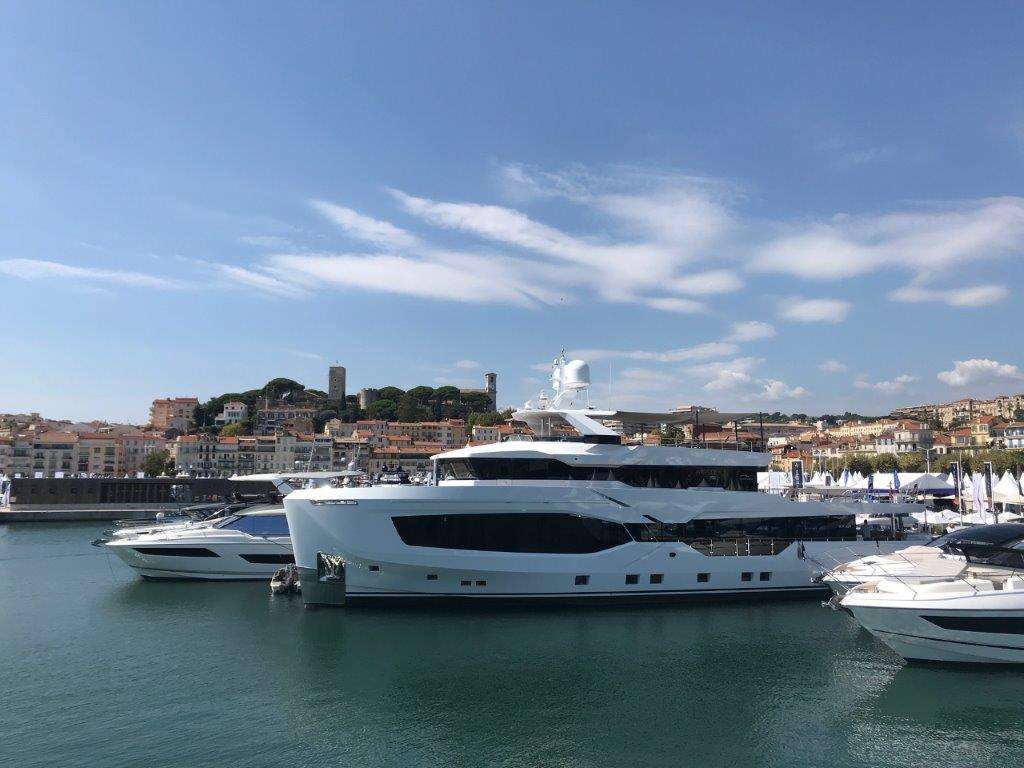 The Cannes Yachting Festival has returned in force, with people struggling to remember to bump fists rather than shake hands. But the return of the show has been heartwarming for many in the yacht industry.

The news from most press conferences has been very good. Major brands like Ferretti, Azimut-Benetti, Sanlorenzo and more have announced significant sales in 2021, a year in which finding a build slot has become a challenge. What most builders have also commented on is the challenges in supply chains. In short, builders are having trouble getting all the supplies they need to keep up with orders. 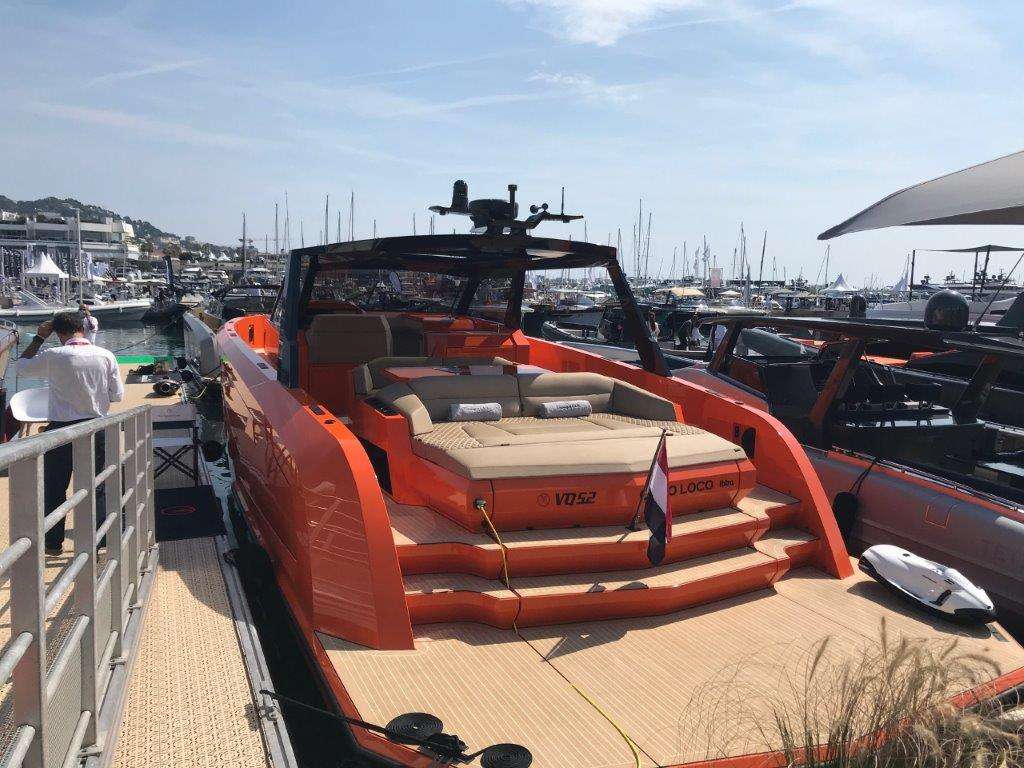 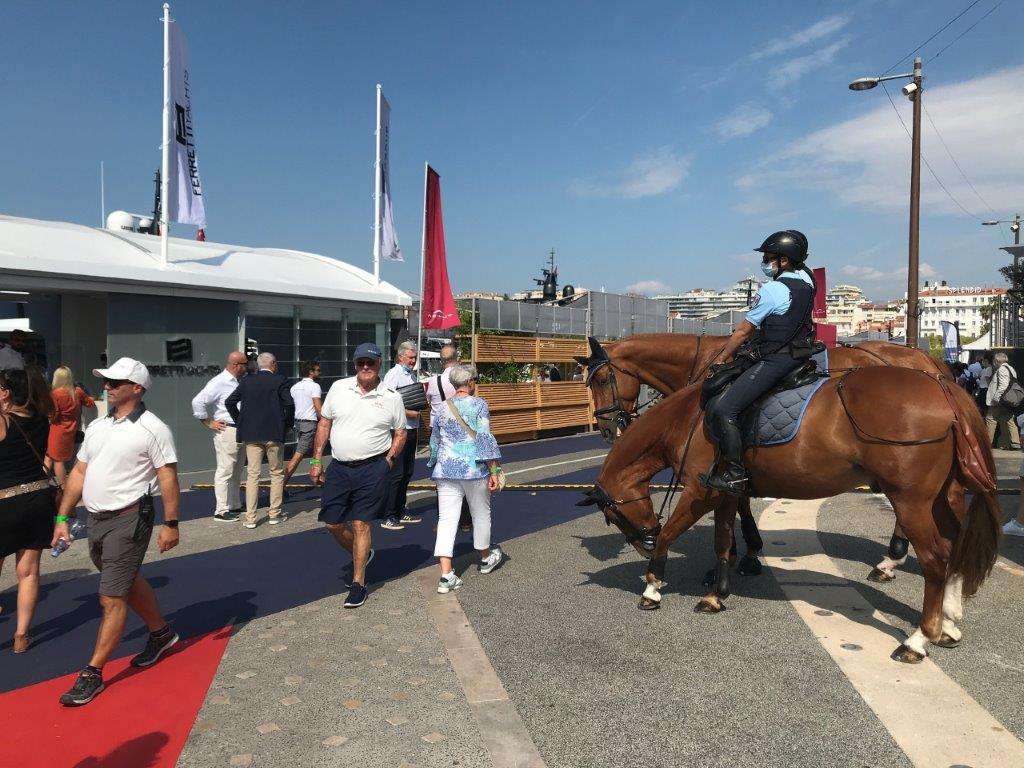 Princess Yachts and Azimut-Benetti both have order books of over US$1 billion. Sanlorenzo reported a 20% rise in revenue from new yachts, from Q1 2020 to Q1 2021.

A full two years’ worth of new developments from brands big and small are on display. The cancellation of the Cannes show last year means visitors to the show get to see twice as much innovation as they might otherwise see. 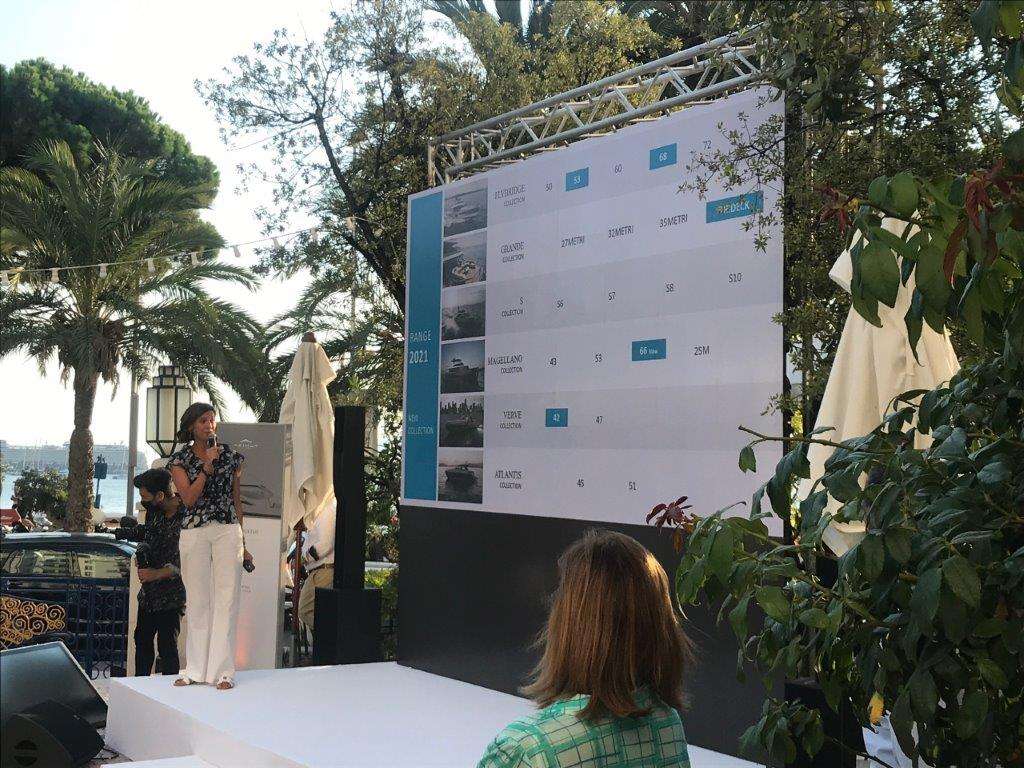 The R&D push is likely to continue as buyers increasingly look to sustainability solutions and increases in living space. Most builders are moving towards large open areas. Sanlorenzo has announced a catamaran project, while the roominess of the Princess X95 has made it a highly sought-after boat – Princess says that over 20 X95s have been sold so far, including an order into Asia. 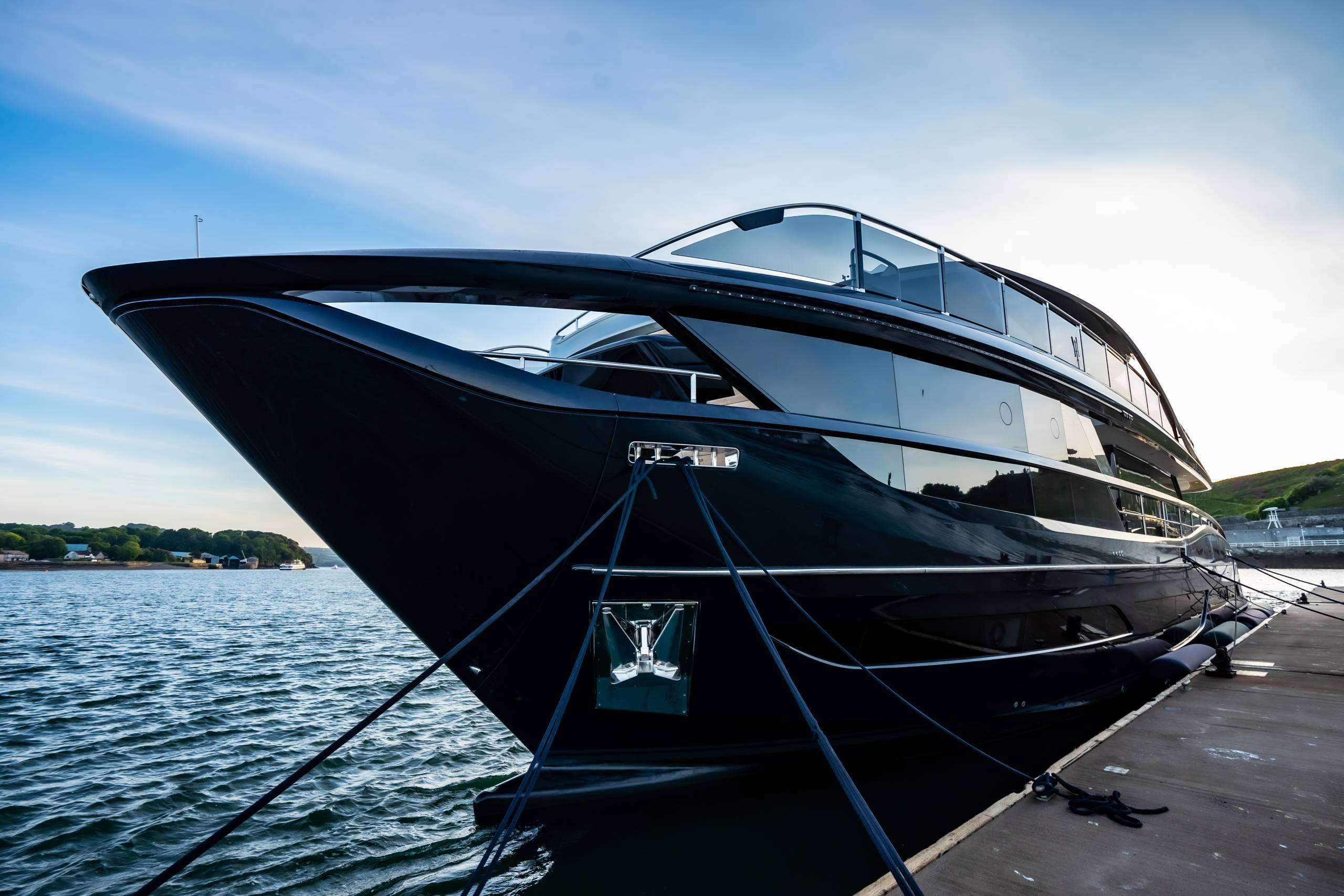 Ferretti Group says it has an order book of €817 million at the end of the 1H of 2021, compared to €683 million in 1H 2020. “Never have I seen anything like this,” said Ferretti Group CEO Alberto Galassi during the presentation. 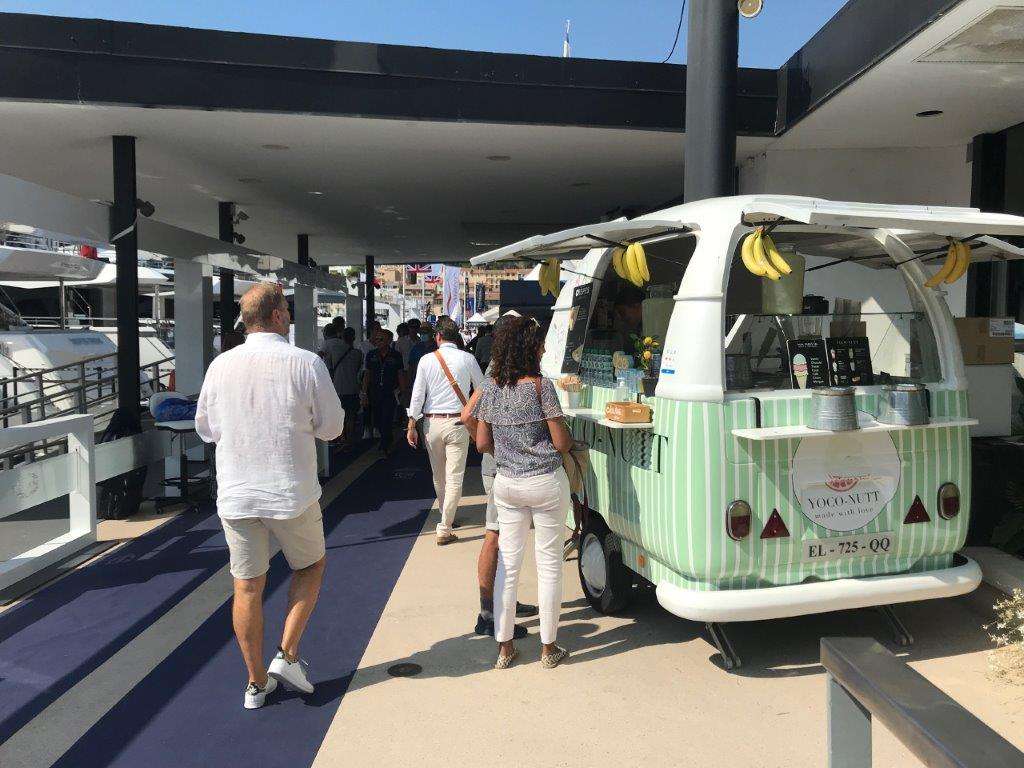 Sustainability is now a key watchword among yacht builders, with several hybrid projects being announced. Volume combined with highly efficient hull designs are key factors among new yachts being offered. 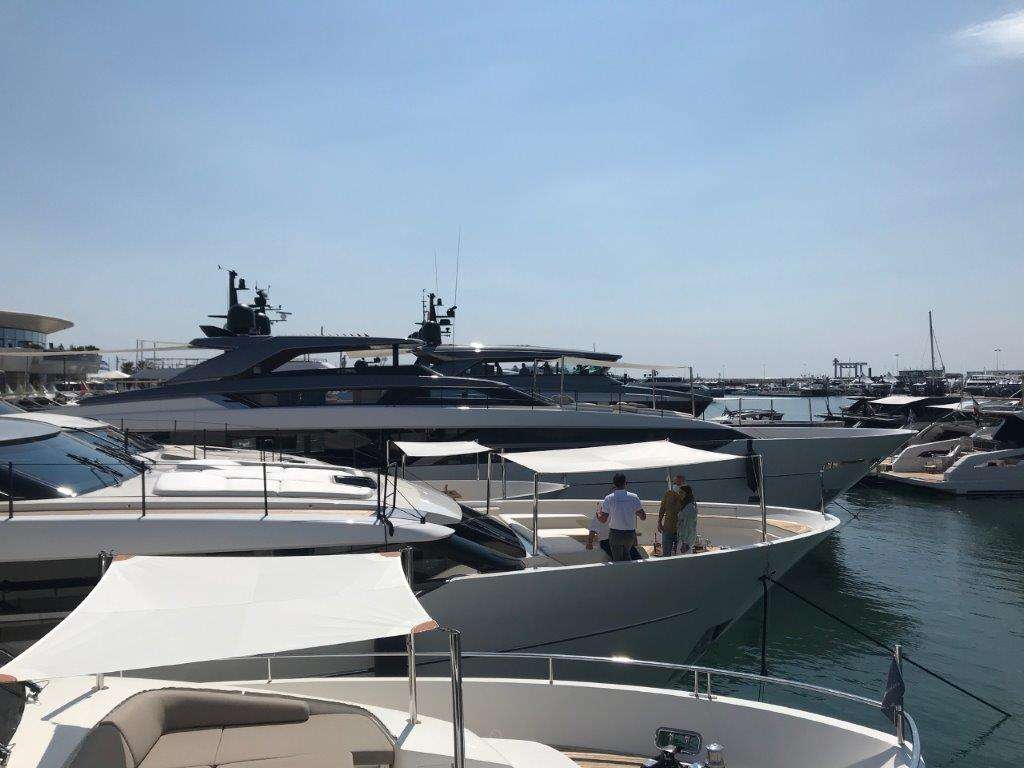 There is a big push on electric and battery-powered yachts this year. Several displays feature all-electric prototypes and models ready to buy. One exhibitor, Aqua Superchargers, is building a network of electric chargers for yachts to span the UK and, eventually, the French and Italian Rivieras. Electric outboards constitute a big part of this year’s indoor display.

And a test of the world’s first hydrogen-powered yacht, the Hynova 40, is coming soon.