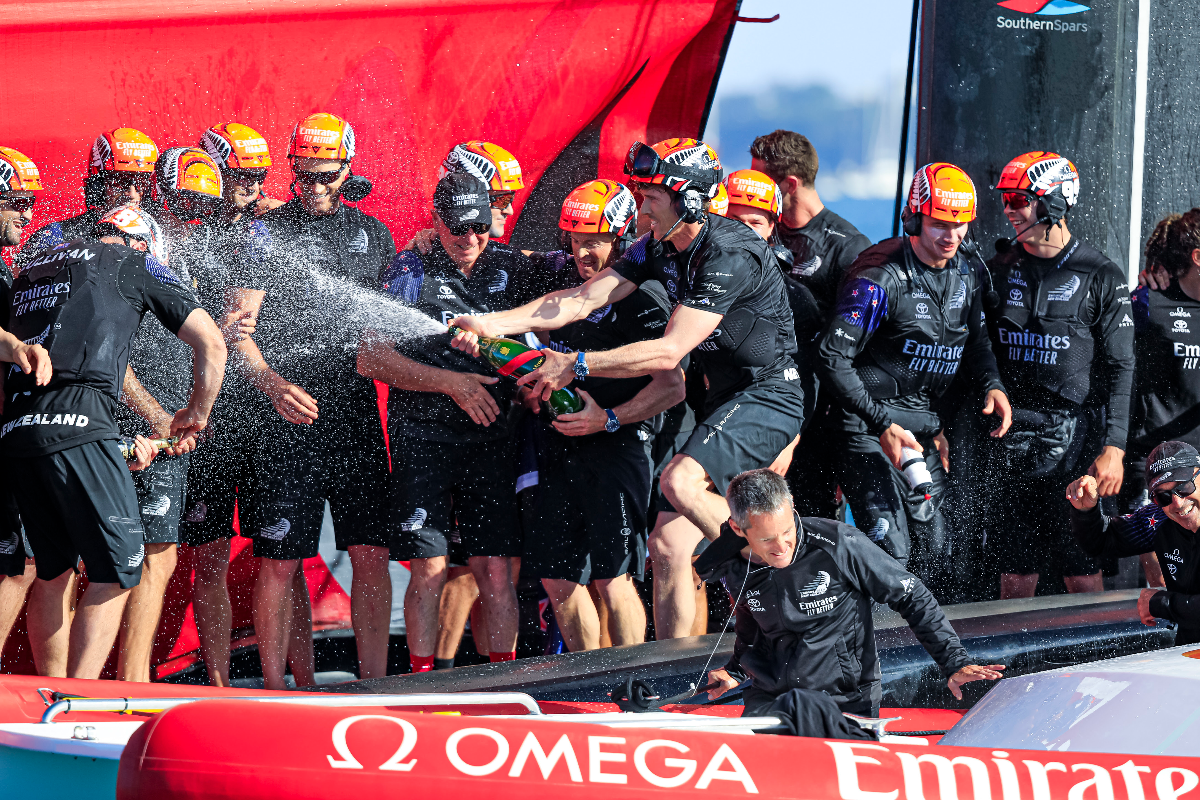 America’s Cup organisers have confirmed further details of the event format for the 37th edition in 2024, including the agreed race area and dates.

The racing area for both the Challenger Selection Series and the America’s Cup Match itself has now been agreed with Barcelona’s Capitán Marítimo. Both are set to the south of the city along Barcelona’s beachfront, meaning spectators will be able to line up along the coastline to view the action just a few hundred metres offshore.

There will be a permanent exclusion zone for the duration of the racing, designed to ensure safety for competitors and the daily armada of spectator boats trying to get an up-close look at the AC75s and AC40s as they battle on the water.

Also confirmed is the date for the first ever Women’s America’s Cup Regatta Final, which takes place straight after Race 5 on Wednesday 16 October 2024. 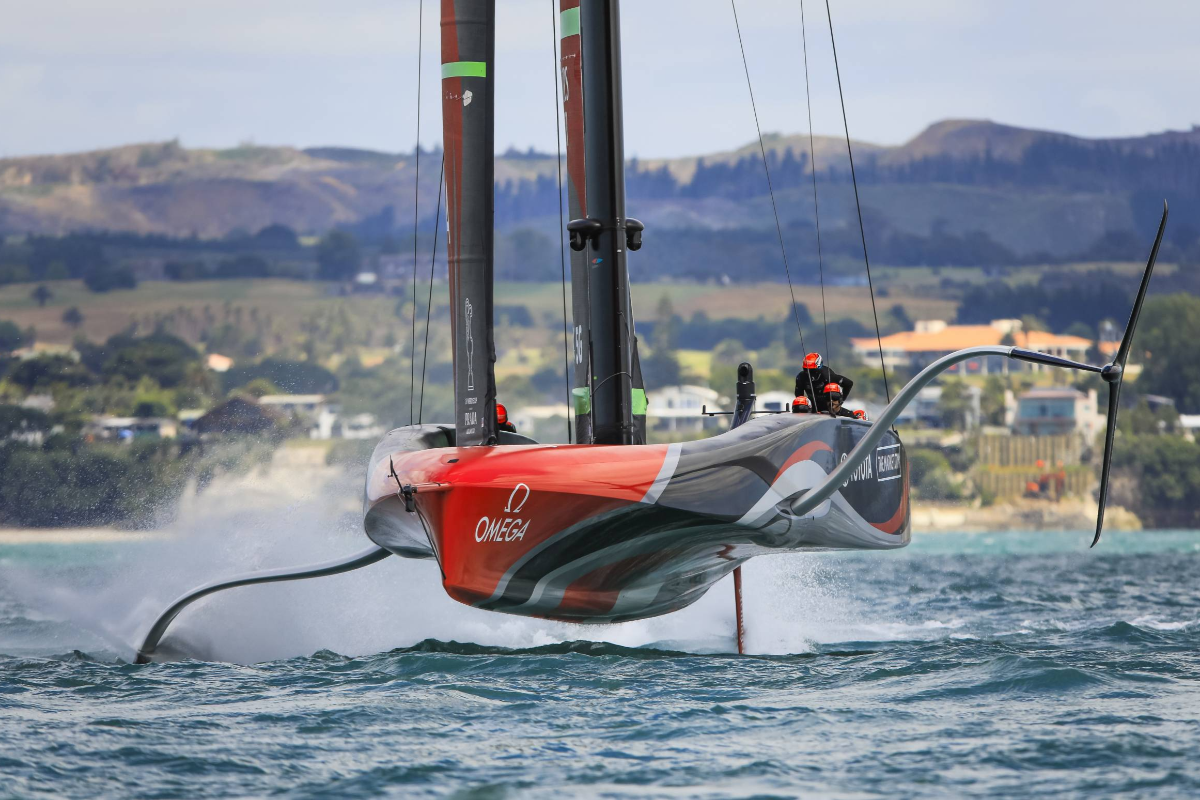 Racing in the America’s Cup Match itself, which will be a best-of-13 (first to seven) format, will start on Saturday 12 October, with two races scheduled, followed by a further two races on Sunday 13 October 2024.

Racing will then pause for two days, however at the discretion of the Regatta Director and after consultation with both the Defender and the Challenger, and depending on conditions, both of these days could be used to complete two races a day.

The schedule as it stands, without the use of the Monday or Tuesday, would recommence on Wednesday 16 October 2024 for one race (race 5) in the Match followed by the Women’s America’s Cup Regatta Final. 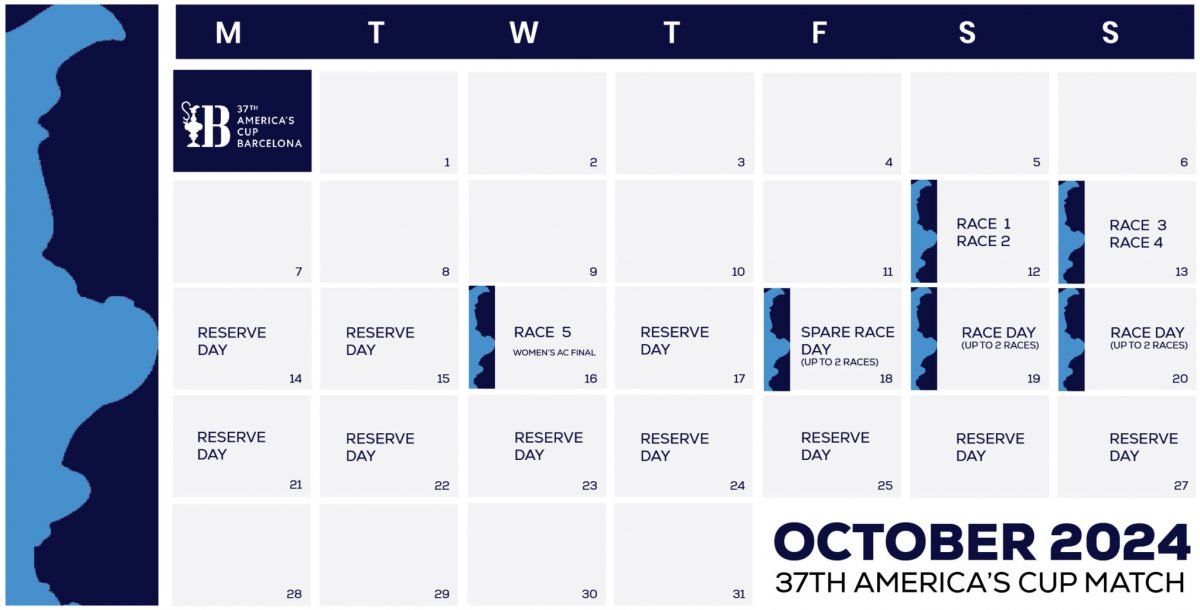 Racing should be concluded over the weekend of 19-20 October 2024. However the schedule does allow for racing to continue into the following week, from the 21 October 2024 through to the 27 October 2024, on reserve days if required. 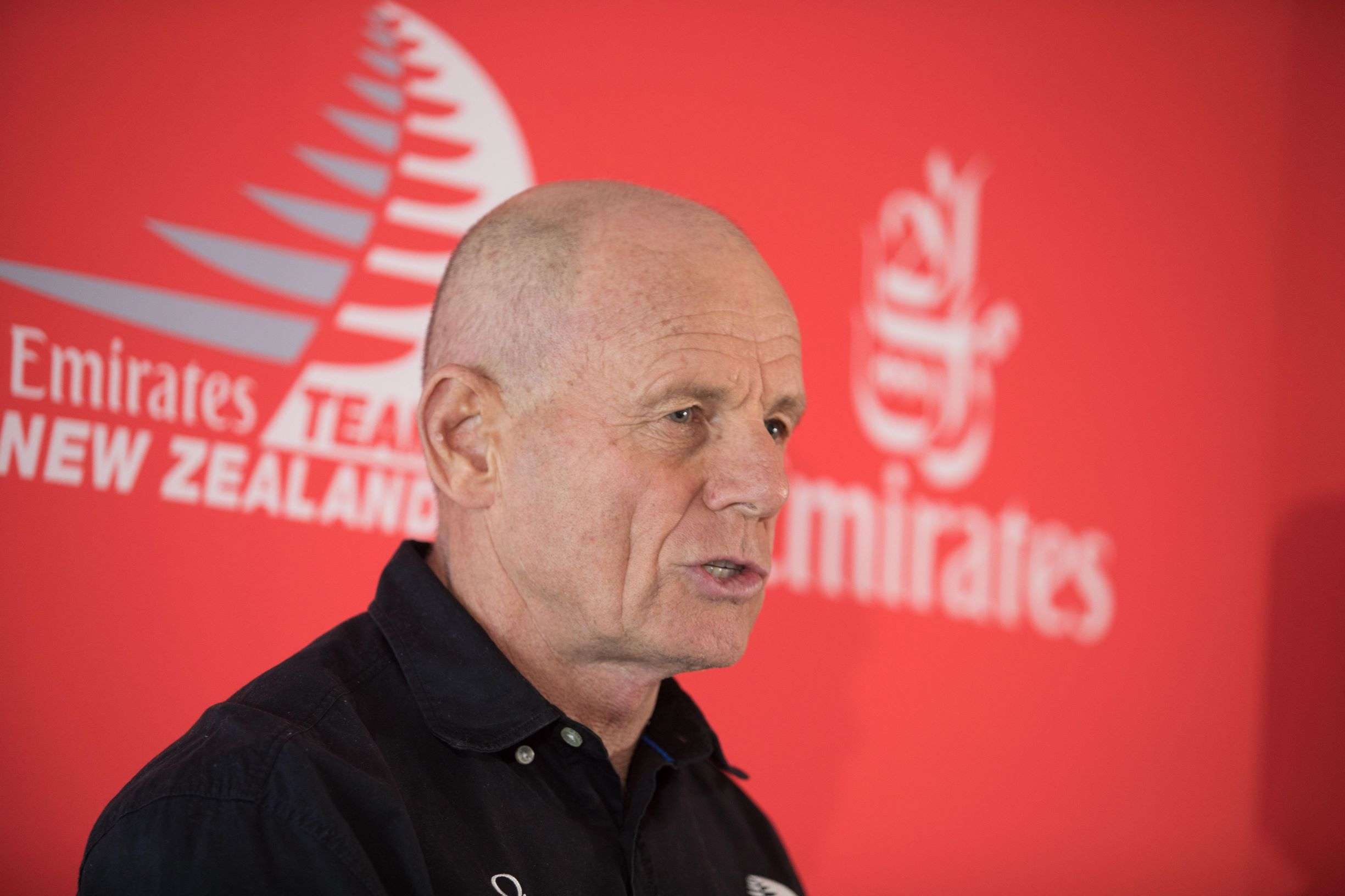 “We are excited to confirm the dates determining the match racing period,” says Grant Dalton, CEO of America’s Cup Events. “This is a significant event to plan for, with safety concerns at the top of the list for both spectators and competitors.

“I think the result is going to be something pretty spectacular, with racing taking place in front of the beach, along the coast from the main port entrance right along the coast, past the Port Olímpic and out further east, offering a fantastic viewing opportunity for the public to see these remarkable boats at full pace.”

Barcelona is to become the first venue in the world to host both an Olympic Games and an America’s Cup event.

Earlier this summer, Alinghi Red Bull Racing capsized off Barcelona during its first sail. Some crew members were knocked overboard as the boat was pushed onto its side.