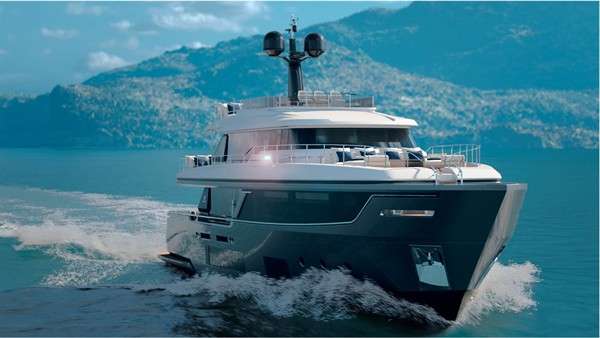 On April 9, Ferretti Group revealed its newest superyacht design, the Custom Line Navetta 30, which is meant to signal a new chapter in the brand’s 25-year history. The Navetta 30 is the first Custom Line yacht to feature exterior design by Filippo Salvetti and interiors by Milan-based Antonio Citterio Patricia Viel, which is normally associated with luxury residences. 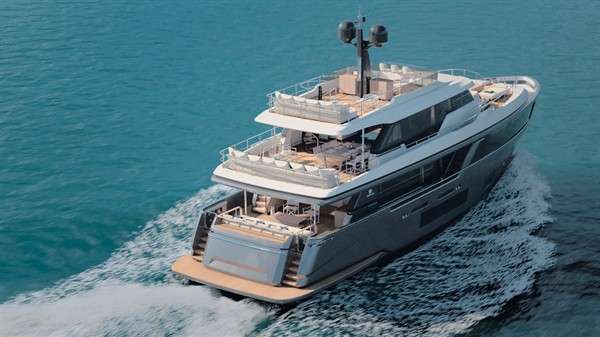 During a conference on April 28, Stefano de Vivo, Chief Commercial Officer of Ferretti Group, said that the new yacht represented a “new look” for the Custom Line brand, emphasising the input from Ferretti’s sales and marketing teams on some of the key features of the yacht.

De Vivo said the yacht’s design, with a steeper bow rake and beamier design amidships, allowed for a 25 per cent increase in interior volume from the 30’s predecessor, the Navetta 28, but with 12 per cent less fuel burn. De Vivo estimated that the new Navetta 30 would have a maximum range of up to 1600nm, allowing voyages from Hong Kong to Singapore. 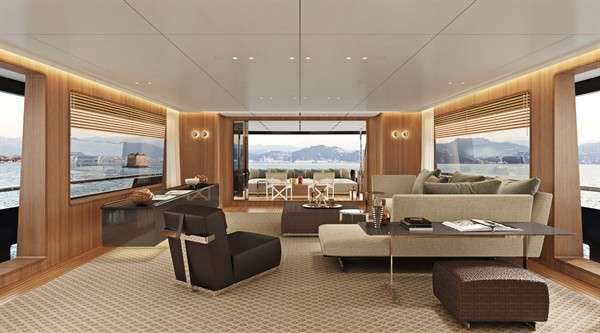 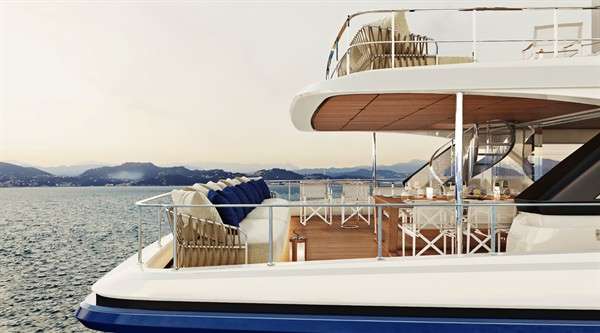 Other major features that have been included are lowered sound and vibration from the ship’s engineering when underway, according to de Vivo. He said that a main request from clients was for big volumes, while maintaining a sleek look that wasn’t too “heavy”.

On the interior, the designers developed two “moods”: a wood-based design and a sportier, more modern look. Large, floor-to-ceiling windows have been included for maximum views. The larger interior spaces allow for some modifications to suit client tastes. 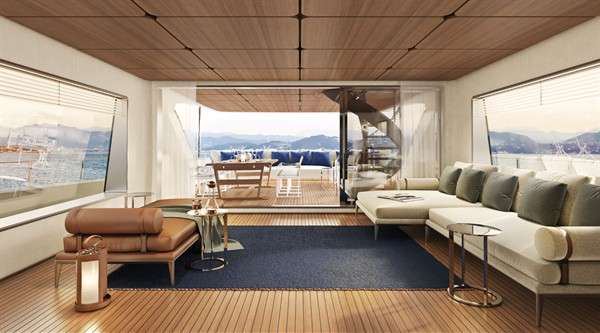 Since 2016, Ferretti Group has invested €30 million in superyacht production for Custom Line, which builds yachts in the 30 to 40 metre range. The brand has two lines of yachts, the displacement Navetta line and the faster, Planing line. De Vivo said that the brand had five new building sheds in Ancona.

He added that the slowdown in production due to the Covid-19 pandemic and pushed back the launch date for the Navetta 30 by 45 days from an original launch date in late August. 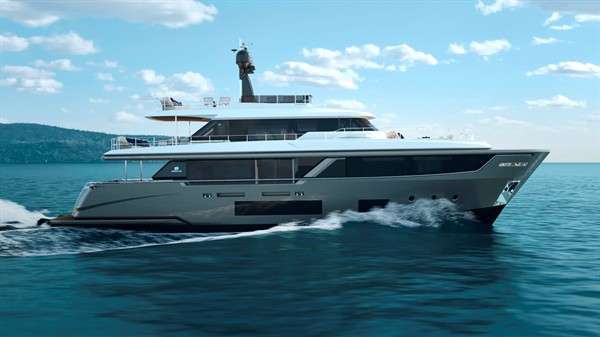