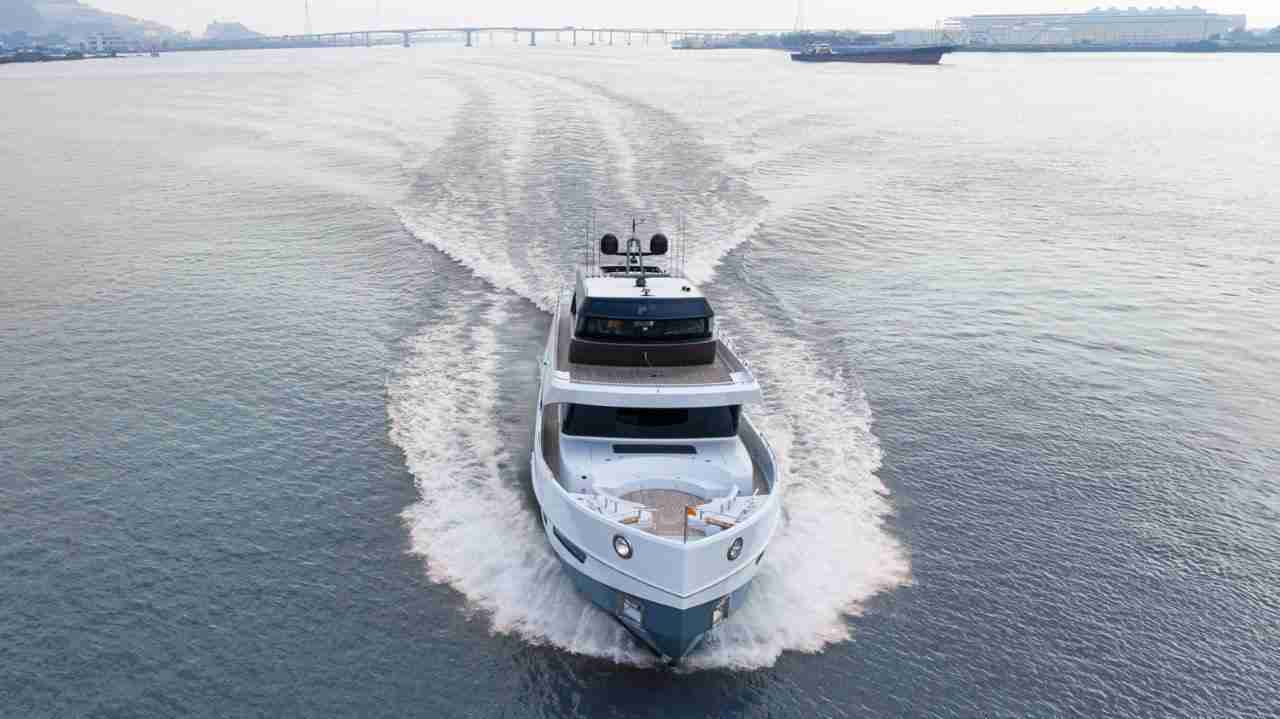 The CLX96 Sea Activity Vessel (SAV), which launched in December, was able to reach a top speed of between 24 to 25 knots at full load condition with weights simulating tender and owner’s gear, the builder says.

“Our captain reports that the boat handled well and was very responsive to the helm,” confirms CL Yachts director Martin Lo.

“Two thrusters at the bow and stern provided a much higher level of confidence when docking. We have ourselves a yacht that operates smoothly throughout her RPM range. Thanks to her stabilisation options, including a Quick MC56 gyrostabiliser and Sidepower fins, she is very steady in a seaway as well.”

The new model’s rugged performance is mirrored by her unique aesthetic, which blends gracefulness and muscularity into a style that the yard calls “workboat chic”. Key to this look is the yacht’s two-level deckhouse with reverse-sheer windshields.

“CLX96 is a concerted effort to mark the real deal behind our brand,” says Lo. “We wanted a fresh approach to the norm, and we did that by allowing designer Jozeph Forakis the freedom to create something different and unique, while holding true to our core values of quality, innovation and uncompromising seaworthiness.”

CLX96 is currently out of the water for final fitting. More sea trials will be conducted prior to her Asia debut this spring in Hong Kong. Her international debut is planned for the 2022 Fort Lauderdale International Boat Show.