Sam Haynes and Celestial became overall winners in the 2022 Rolex Sydney Hobart Race, a welcome result after a disappointing second place finish in 2021

Sam Haynes, a veteran of 11 previous Sydney Hobart races, claimed the Tattersall Cup for overall winner on corrected time for the 2022 Rolex Sydney Hobart race. Hayne’s yacht, Celestial, crossed the finish line in Hobart late in the morning on December 28.

“To win a race like this is a massive, life changing achievement,” said Haynes. “It is a very hard trophy to win. However good you are, there are a lot of reasons why you might not succeed. To finally hold the Tattersall Cup means everything.”

The battle for overall winner and the Tattersall Cup took 30 hours to finally settle, but finally went to Celestial after a 30-hour wait. The win comes on the back of a disappointing second place finish for Celestial in 2021, after the yacht was penalised for failing to answer a radio call and thus narrowly losing the top spot to Ichi Ban.

Line Honours went to the maxi yacht Andoo Comanche, which completed the course in a time of one day, 11 hours, 56 minutes and 48 seconds, just two hours short of the race record set in 2017. 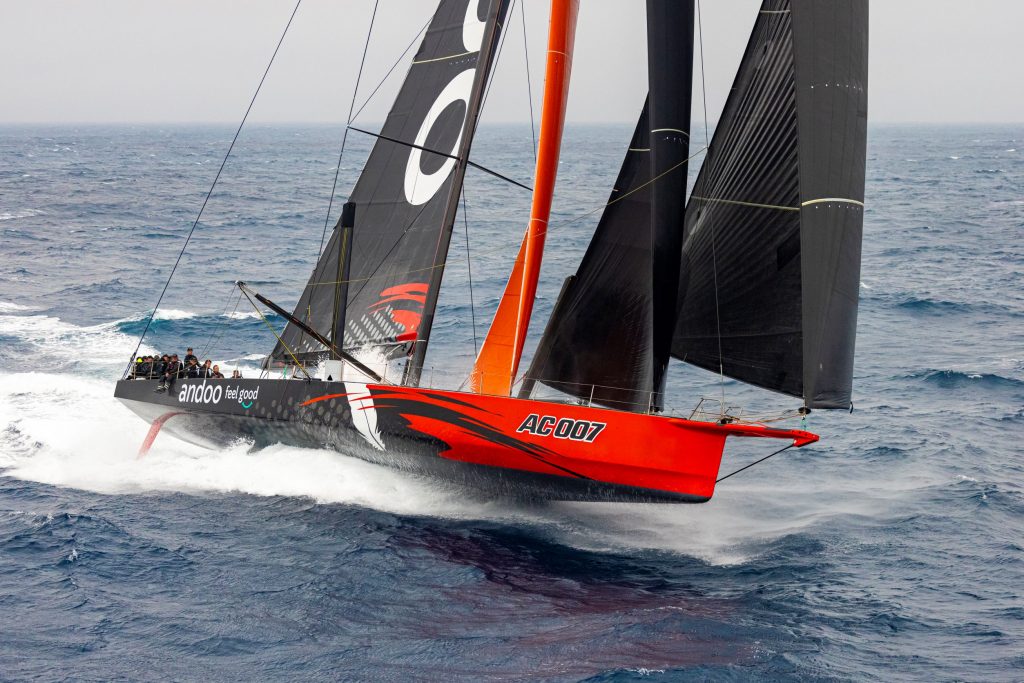 The winner of the fast-growing two-handed division was Mistral, with an elapsed time of three days, five hours and 26 minutes, crossing on December 29 at 6:26pm.

At the start, there were 109 yachts, with some 20 double handed crews, setting off in clear conditions. A 15-knot north north-easterly meant a beat out to the heads, before the spinnakers were hoisted and nearly 48 hours of uninterrupted downwind sailing began.

The start out of Sydney Harbour may be photogenic, but it is congested and creates tight conditions for the larger yachts. 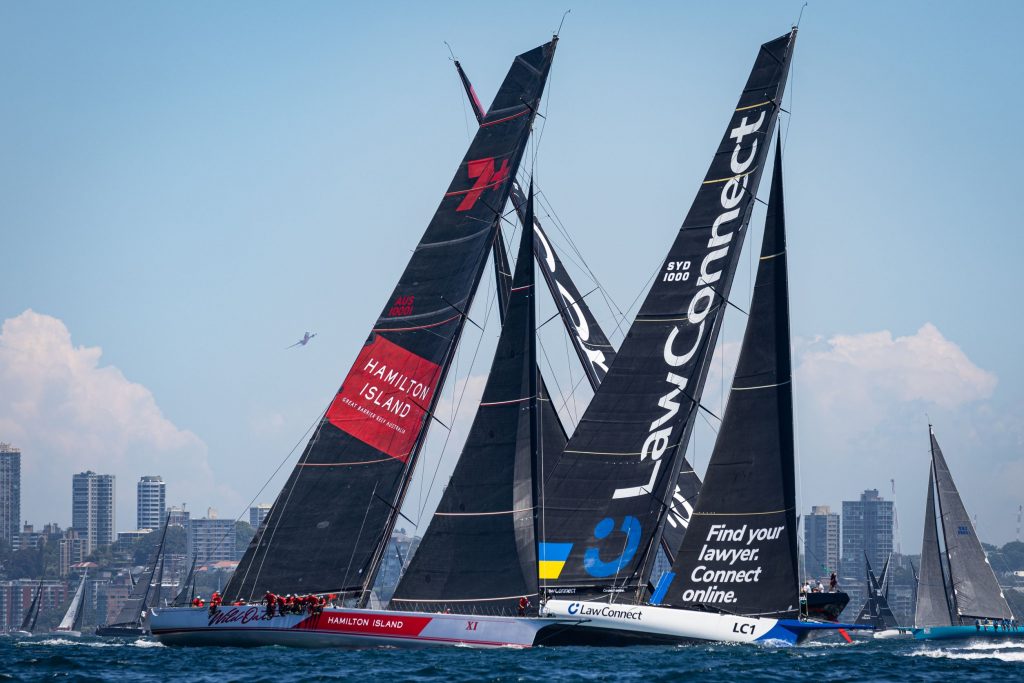 Maxis in tight competition at the start

Shortly after the start, four competing 30.5m maxis traded tacks as they tried to be first into open water. Andoo Comanche struck a mark of the course, forcing the crew to perform two, 360-degree turns. But once in the Tasman Sea, Andoo Comanche established a small lead till the end.

While larger yachts were busy rounding Tasman Island into the River Derwent near the end of the 628nm-race, smaller entries found the going much tougher. On day three, the wind turned, forcing smaller yachts to beat upwind to Tasman Island before making the turn north to complete the course.

“The second night east of Tasmania was gnarly, with a big sea state and gusts of 30 – 35 knots. The boat was waist deep in water, regularly diving into waves, violently shaking, but still being driven right on its limits,” said Sam Haynes. 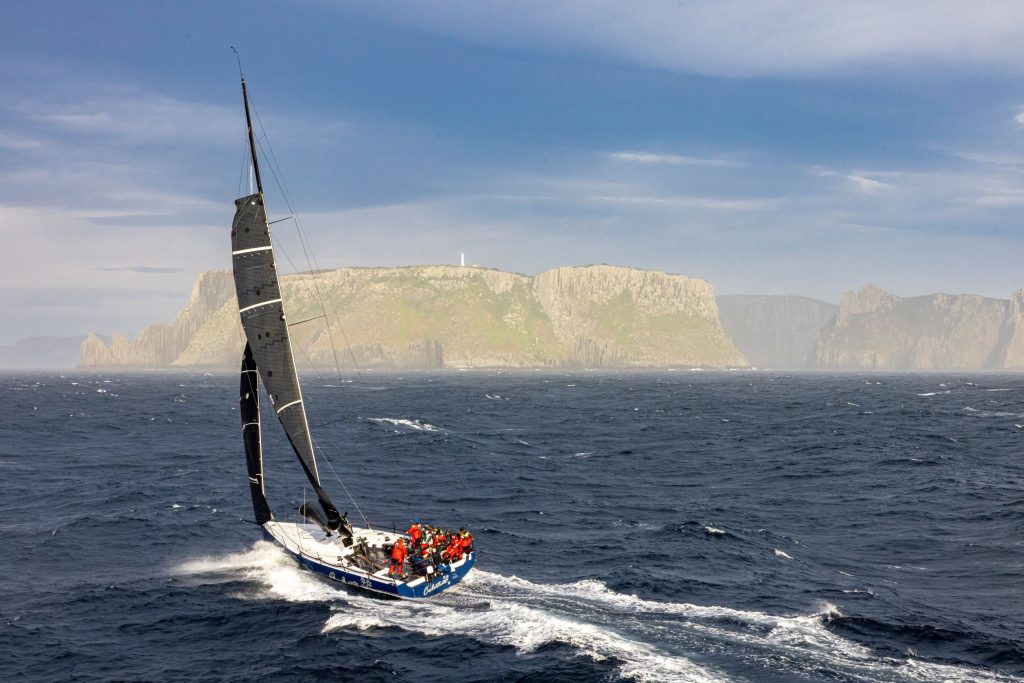