This 31m explorer yacht, designed by Francesco Guida and Sergio Cutolo/Hydro Tec, was unveiled to the owners on June 15

Cantiere delle Marche announces on June 15 the successful launch of the Darwin Class 102 M/Y Archipelago. The owners, their guests and the yard’s team gave Archipelago a warm welcome as she moored at CdM’s new dock a few minutes after the launching procedures were completed.

One of the key mission of this explorer vessel is to offer her owners and guests the best way to holiday at sea in total peace, safety and relaxation. She encompasses all the renowned qualities of the Darwin Class she belongs to: state-of-the-art construction quality and equipment, superior seakeeping and seaworthiness and long ranges. 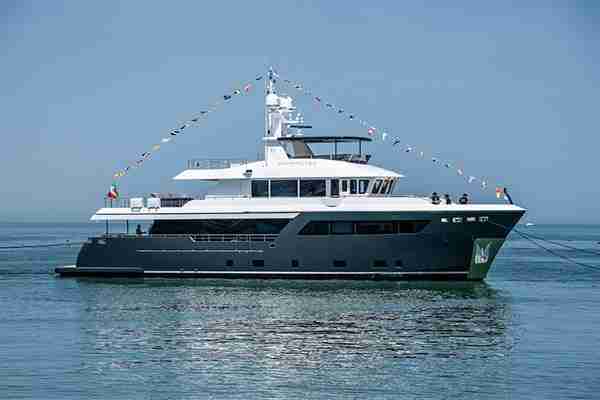 Designed by Sergio Cutolo/Hydro Tech who is also responsible for naval architecture and engineering, Archipelago has interiors penned by Francesco Guida.

With a total length of 31 metres, a beam of 7.43 metres, Archipelago has five comfortable guest suites, four on the lower deck and a large owner’s apartment on the main deck forward. Guests are pampered by a crew of six. 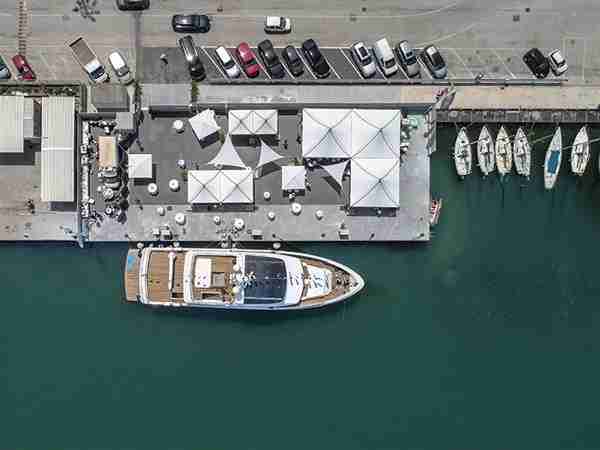 Her interior layout offers large and well-appointed social and private areas on all decks. On the main deck a large open-plan living room include also a formal dining area, a most informal and relaxed one being located on the upper deck astern directly connected to a skylounge with uninterrupted views looking out to the sea. The interior layout directs all the livable spaces towards the sea. It is all about living in a beautiful place where colours recall those of the open sea, the clouds and the sky. This refreshing style is a treat for the eyes with white, green and blue hues creating a truly relaxing atmosphere.

“We are very proud of launching the fifth Darwin Class 102, confirming that there is no other more successful explorer vessel’s model between 90 and 110 feet in the whole market”, says Vasco Buonpensiere, co-founder and Sales and Marketing Director of CdM, who adds: “This build has been another amazing example of the incredible flexibility of this shipyard when it is needed: the whole last four months of the build have been followed step-by-step personally by our General Manager Bruno Piantini who has lead the project teams on both sides with unbelievable energy and capacity, putting all his knowledge and experience at their disposal. It has been an amazing lesson for everyone involved, and I personally thank my friend Bruno for having done that: Grazie Bruno!”

“Slow and steady wins the race” is Darwins’ motto and Archipelago is no exception: powered with twin Caterpillar C18 Acert engines delivering 500kW each, Archipelago reaches a maximum speed of 13 knots and has a relaxed cruising speed of 11.5 knots. At 9.5 knots she has a remarkable range of 4,700 nautical miles.