The fifth Fuoriserie motoryacht, which has a counter-current swimming pool on the flybridge, is scheduled for delivery in summer 2020

The 40m Panam, CCN’s fifth motor yacht in its Fuoriserie collection, is continuing well on schedule. It was ordered last September by the European owner, and delivery is scheduled for summer 2020. 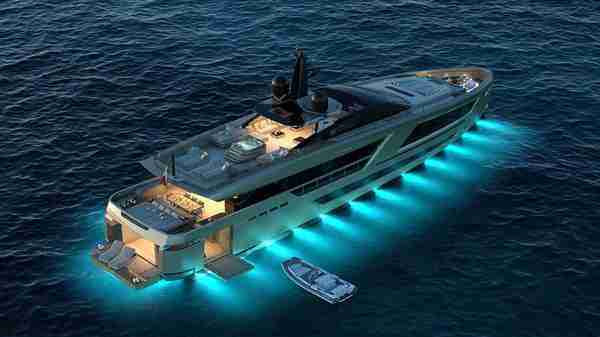 Earlier this month, the approximately 340 gross ton superyacht – whose interiors and exteriors are designed by Francesco Paszkowski Design, in cooperation with architect Margherita Casprini for the former – was moved inside the shed where outfitting activities are to be carried out. Following completion of the hull and the superstructure, as well as of the decks interior layout, the installation of hydraulic and electrical systems, insulation, and activities on the guest areas and crew quarters on the lower deck have now started.

This slender yacht with an aggressive-looking exterior is going to stand out for its impressive performance, ensured by the light aluminium alloy hull and by the three MTU 16V200 M96L engines – installed last month – that will push it to a maximum speed of 31 knots. 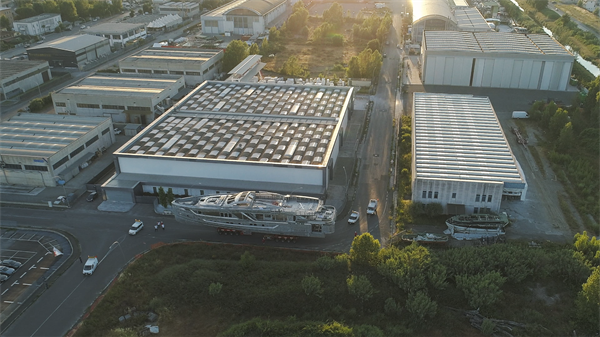 Activities are also ongoing for the construction of the four hull doors – one of which can store a 17ft tender in the semi-float-in garage – and on the beach area, open on three sides and fitted with a convenient automatic ladder allowing to easily step down into the water. Work on the system and structural elements of the bow thruster and the stabilising fins have also been completed.

The straight bow endows this yacht with a sinuous and yet modern, dynamic and powerful look, further enhanced by the large irregularly shaped windows that let plenty of natural light into the interior salons. The layout features a large salon on the main deck, divided from the dining area by a “green” wall. Forward, the full-beam master suite is fitted with a walk-in wardrobe and a bathroom with hammam. Two wide electrically controlled windows open up on the sides offering a wonderful panoramic sea view. 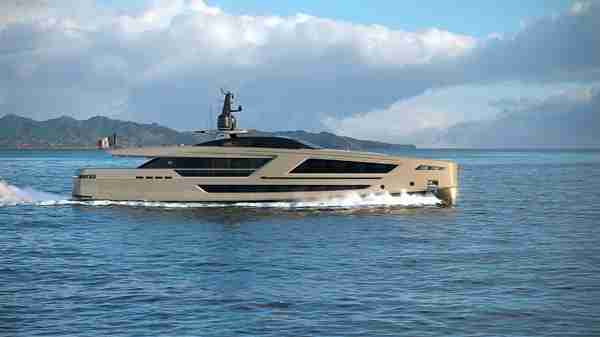 Four guest cabins are located on the lower deck, which also hosts the professional galley. On this same deck, forward, are the captain’s cabin, two double cabins, the laundry, and the crew mess.

The 65sqm flybridge features a large aft custom-made pool with counter-current swimming system, while a sunbathing area can be found at the bow.