A graceful sailing of luxury catamarans, sumptuous tropical island fare, and nonstop merriment through music, games, and socials—these were the highlights of the Lagoon Escapade Philippines 2019, which brought together about a hundred guests for a weekend of pure nautical bliss in the beautiful town of Puerto Galera on Mindoro Island.

Taking place between the 5th and 7th of April, the Escapade treaded on the heels of the inaugural Lagoon Escapade, which was held last April 2018 and attracted the participation of eight Lagoon boats and over 60 guests. Organised by Europa Yachts—the premier yachting authority in the Philippines and the sole representative of the Lagoon brand in the country—the annual escapade gathers Lagoon catamaran owners from all over the Philippines and their guests. 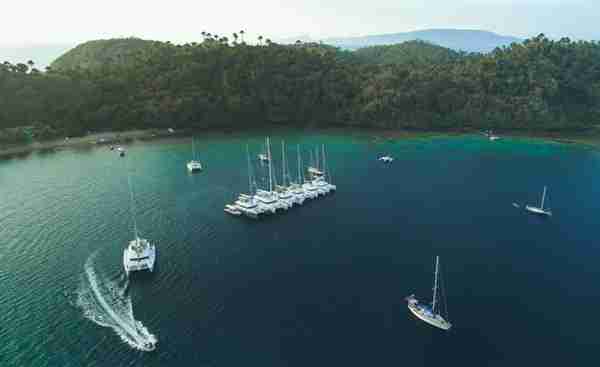 Following the successful debut, the Lagoon Escapade returned this year to Mindoro much bigger than before. The highpoint of the event took place on April 6, during which 11 majestic Lagoon catamarans embarked on a sailing rally from Punta Fuego Yacht Club in Batangas to the Elizabeth Hideaway Resort in Puerto Galera, Oriental Mindoro.

The increase in the number of participating vessels and attendees was a testament to the continuing growth of the Lagoon family in the Philippines. According to Richard Sarinas, Europa Yachts Philippines’ Director of Marketing, the Lagoon Escapade is intended to connect members of the expanding Lagoon community and to promote camaraderie among them. 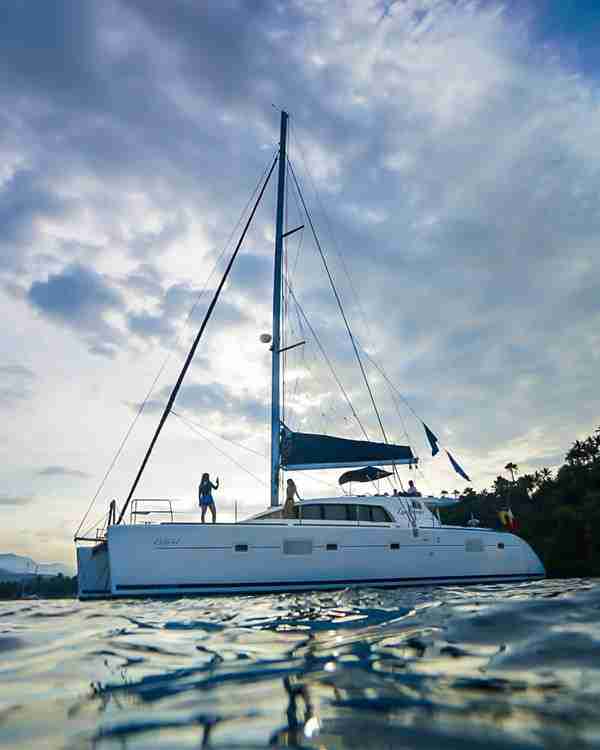 “Lagoon is the number one catamaran maker in the world with a growing presence in the Philippines. It’s a brand that emphasises warmth and conviviality—not just in the way they design their boats, but also in terms of how these watercrafts inspire passengers to interact and to connect with one another. It’s something that we really want to bring to each Lagoon Escapade event.” He added that the escapade event also connects with Filipinos in a very fundamental way. “Sailing is in the Filipino DNA, and Lagoon’s catamarans offer something very familiar to us. In a way, they offer a sense of familial closeness and community that hearkens back to the balangays that the first Austronesian settlers used to reach our islands. With the success of these past two Lagoon Escapades, we definitely see a long future for Lagoon in the country.”

Call time for the Captain’s Briefing was at 3:30 PM, on April 5, at the Punta Fuego Yacht Club’s Barracuda Bar in Nasugbu, Batangas. Around 5:00 PM, the participants were welcomed by Richard Sarinas and Thomas Cachera, Europa Yachts Philippines’ General Manager. Thomas Gailly, Lagoon Commercial Director, also delivered a statement of gratitude, thanking the country’s Lagoon family for their continued support of the brand. 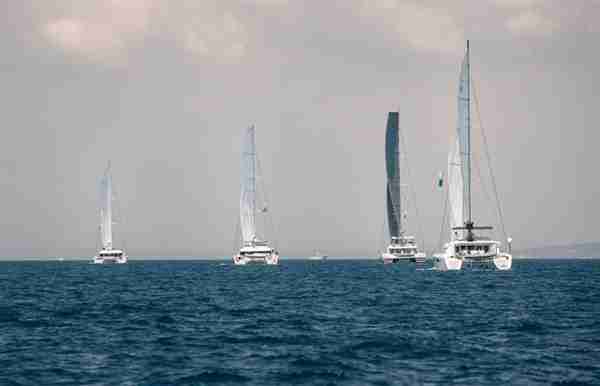 Participants set off with the sunrise the next day, April 6, planning to arrive at Elizabeth Hideaway Resort in Muelle, Puerto Galera some eight hours later. However, favorable conditions allowed many of the boats to arrive hours ahead of schedule, and a few explored the area as they awaited the other cats to arrive. By 2PM, all of the boats finally made it to the destination, and it was certainly quite an experience for everyone to see the 11 boats finally moored off Muelle Bay. 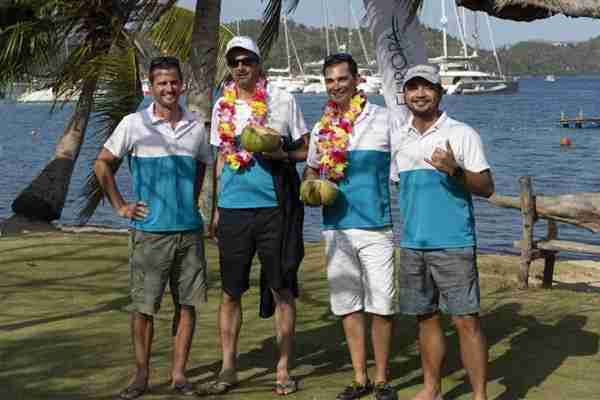 At the resort, The Lagoon owners and their guests were welcomed with floral leis, fresh coconuts and an acoustic band playing happy island music. Traditional Filipino merienda fare was served, including pansit, puto, kutsinta, sago’t gulaman, saba con hielo, and assorted fruits—delighting the guests, who were glad to finally have the chance to get some refreshments after a warm day out in the sun. Later in the afternoon, the attendees were treated to a sunset beachside barbecue and cocktails, courtesy of Johnnie Walker. Exclusive Lagoon-themed cocktails were also served, including the Lagoon Mule and Seventy7 Fizz, which were concoctions of Singleton of Dufftown 12 mixed with other bar favorites. In the evening, dinner was served to the sounds of a live band, with the star of the show being a whole lechon that was kindly donated by one of Europa Yachts Philippines’ Lagoon clients.

Throughout the night, participants were treated to a range of fun activities and entertainment, including a surprisingly competitive Game Night hosted by Gabbi of Belle & Dragon’s Skill Bill, as well as a whiskey tasting by Scotland-trained whiskey expert, Rian Asiddao (hosted by Diageo, Singleton 18, Talisker 25, Johnnie Walker & Sons King George V). 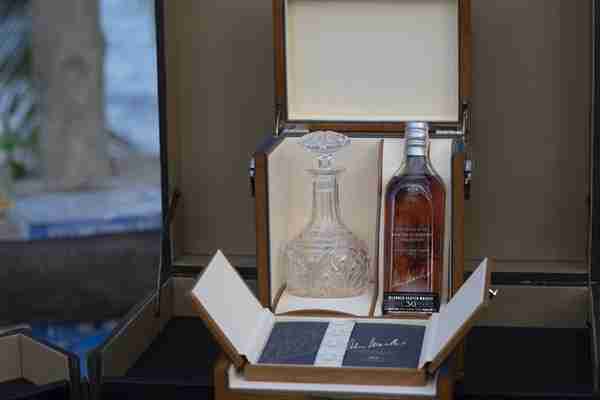 The Game Night and raffle prizes were also worth mentioning. Up for grabs as Game Night prizes was a 2- person kayak, a bottle of Singleton of Dufftown 15-year-old scotch whiskey, and Lagoon fenders. Raffle prizes included two helicopter charter rides for 5 from Philjets, a bottle of Johnnie Walker and Sons King George V, two bottles of Singleton of Dufftown 12-year-old scotch, as well as limited edition Lagoon x Helly Hansen Travel Bags and merchandise.

The activities then wound down a few hours before midnight. While lights out was at 10 PM, the fun didn’t die down, and participants were mingling almost through midnight in their own little pockets of socials. The following day, breakfast was served early and final farewells were delivered. Participants then went their own ways, and a few spent the rest of the morning and afternoon sailing around the majestic and secluded coastlines of Mindoro. 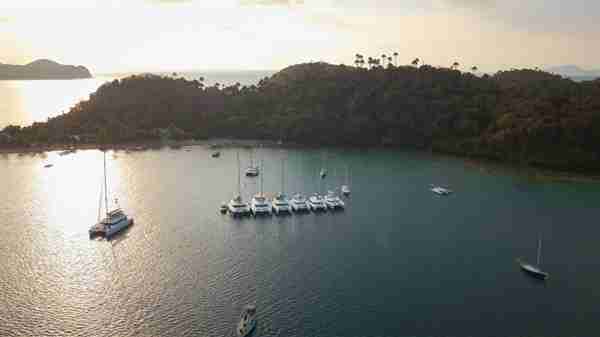 The second Lagoon Escapade has, once again, embodied the spirit of the Lagoon lifestyle. Family and friends shared countless unforgettable moments, celebrating adventures that would be remembered for a lifetime.