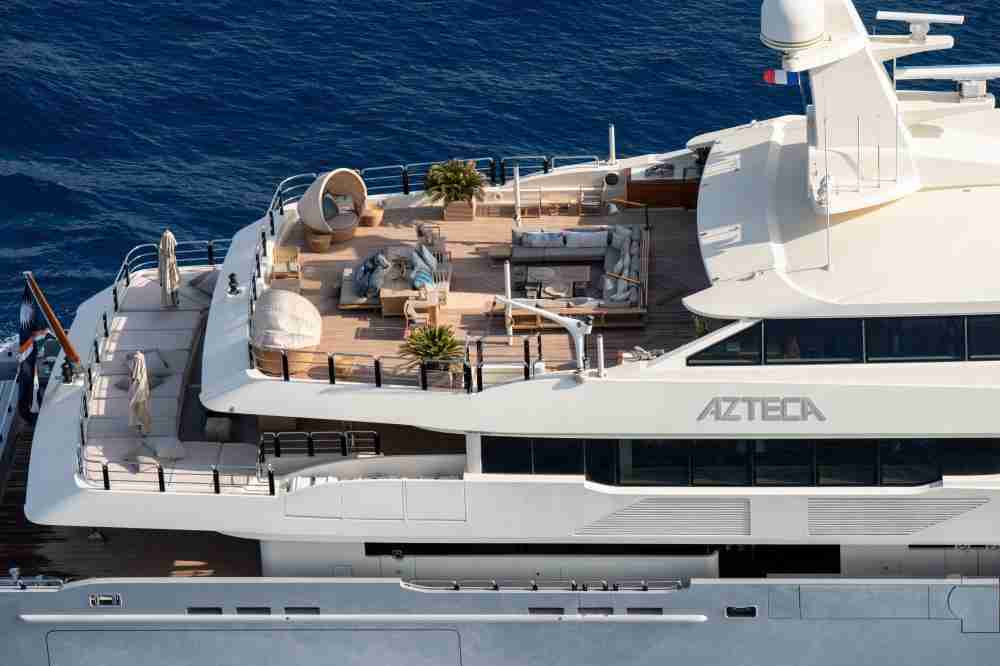 72m CRN superyacht Azteca was made available to buy with bitcoin

As cryptocurrencies and blockchain enter the mainstream, yacht brokerage houses and charter agencies are paying attention. But will buying boats with bitcoin and altcoins become the norm?

Cryptocurrency has a shadowy reputation, and wild swings in exchange value have traditionally made figureheads in the luxury sector wary. But with bitcoin surging to another all-time high this week, after the launch of the first US bitcoin futures exchange-trading fund (ETF), it’s clear which way the tide is turning.¬†

Now, firms that handle the affairs of HNWI are increasingly placing bets on crypto. A recent Goldman Sachs survey found that nearly half the family offices the bank does business with want to add digital currencies to their stable of investments.

So it’s no surprise that the luxury yacht industry – perhaps one of the most iconic symbols of unfettered wealth – is slowly getting on board. 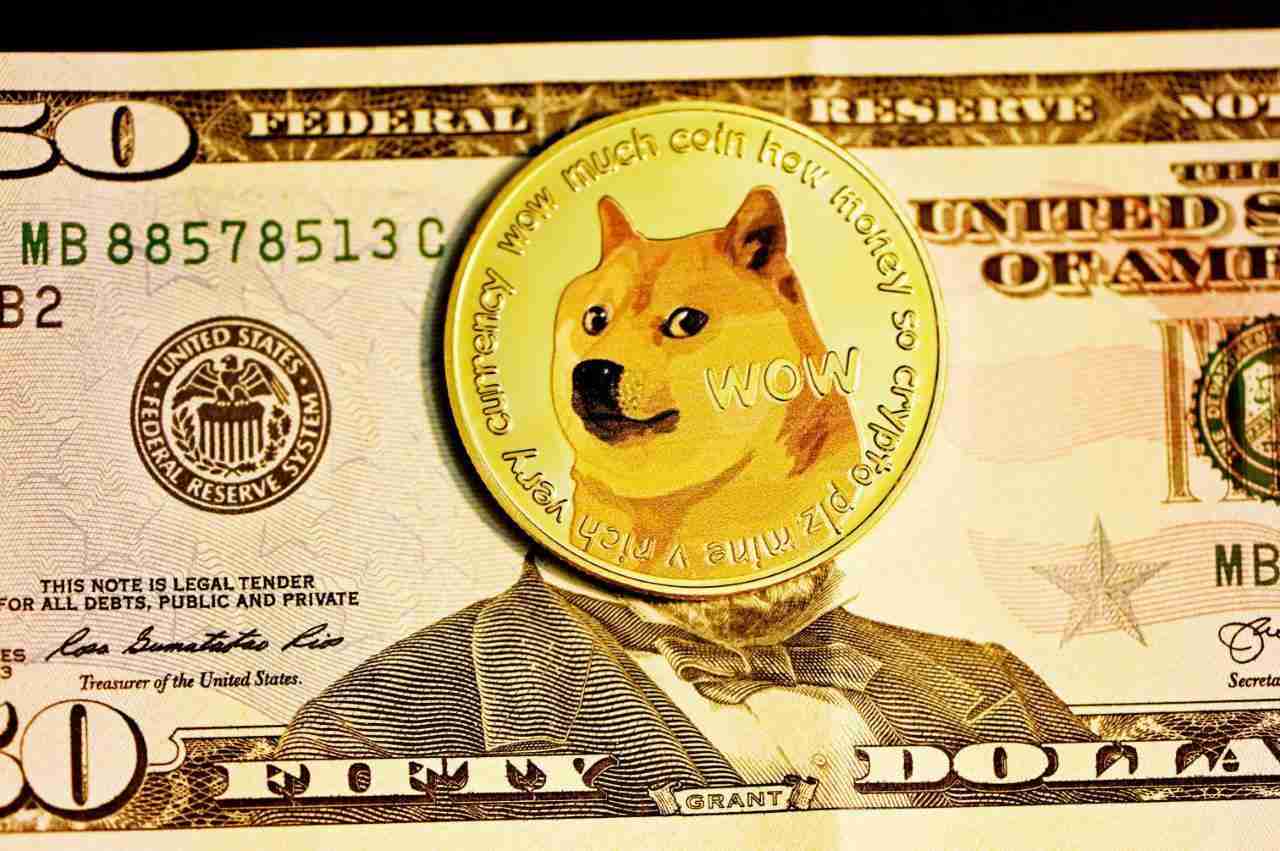 Denison Yachting accepts altcoins including dogecoin, although has not reported any doge transactions so far

In 2014, Florida-based brokerage Denison Yachting announced it would accept cryptocurrency as a form of payment for all yacht purchases or yacht charters in the future, in an industry first.

At a press conference during the 2021 Monaco Yacht Show, Denison Yachting revealed that they have now completed 18 crypto transactions to date.¬†

“We spend a lot of time engaging with clients across various social media platforms, including Facebook and Instagram. Not only have we found it fun and interesting, but we’ve been transacting through those platforms for the last five years,” Bob Denison, president of Denison Yachting, told Superyacht News.

“The other thing that I believe is a little unique and different is that we have completed our 18th transaction using cryptocurrency. We have transacted a handful of charters and around a dozen sales, including two with values over US$10million. I find that this reflects who we are as a company and brand; we’re forward-thinking. We like engaging with new technologies and platforms, like cryptocurrency, not only because we think it is the future, but because it makes the lives of our clients much easier.” 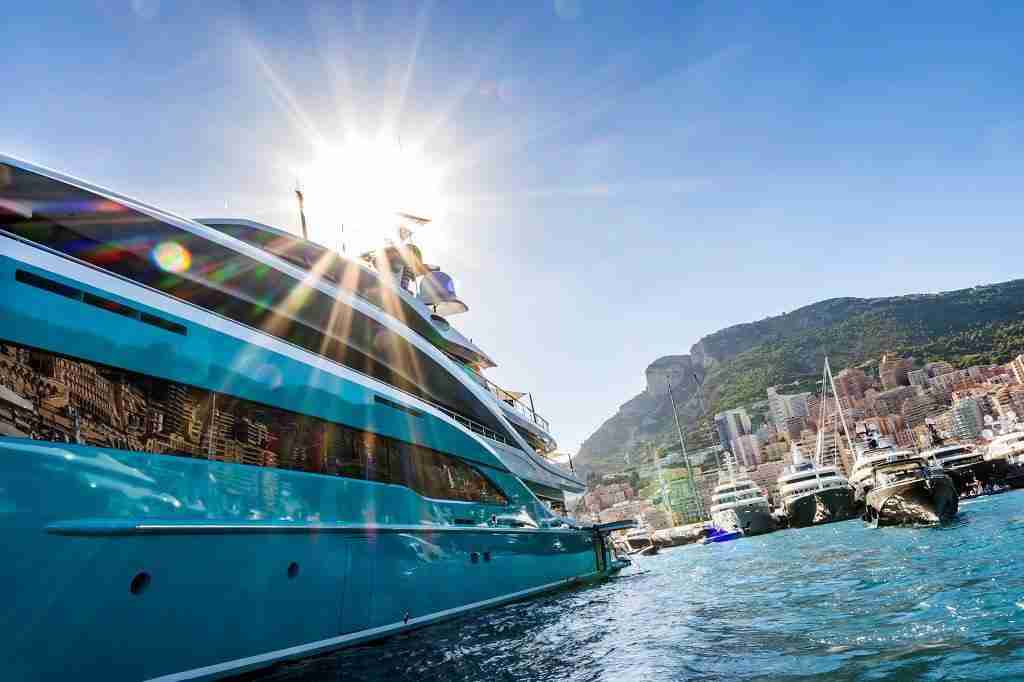 Although an increasing number of individual deals have been transacted in crypto at other brokerages in recent years, Denison remains a pioneer in the space.¬†

“We are trying to find ways to make the yacht buying process easier and less stressful,” Denison told Superyacht Investor earlier this year. “I think our industry spends way too much effort chasing younger clientele. Accepting BTC might accomplish that goal indirectly, but I don’t think that should be the primary reason a brokerage firm decides to jump into crypto.” 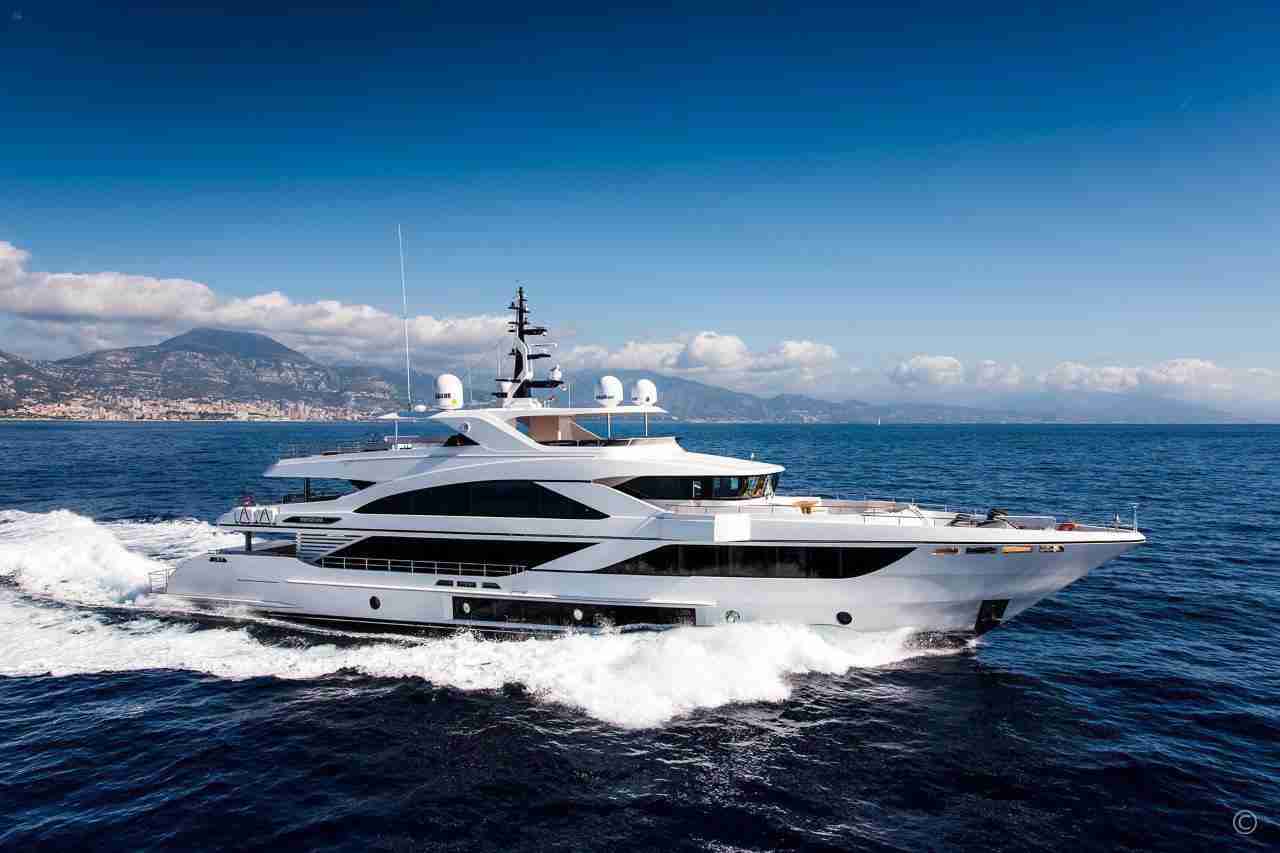 Browsable like a regular online marketplace, Idoneus also lists goods and services such as art, properties and jewellery alongside the Majesty 140.¬†

Speaking of the decision to list the yacht with Idoneus, Greg Terraglio, owner of Sovereign Yacht Sales, told Forbes.com: “Listing on the Idoneus platform exposes the Majesty luxury brand to a global market of confirmed, qualified and capable buyers. One of the valuable components of working with Idoneus is that as a Swiss regulated firm, they have access to many potential buyers who have completed a three-tier KYC/AML process already. These buyers are qualified before owning the IDON cryptocurrency and becoming a potential purchaser of one of our yachts.” 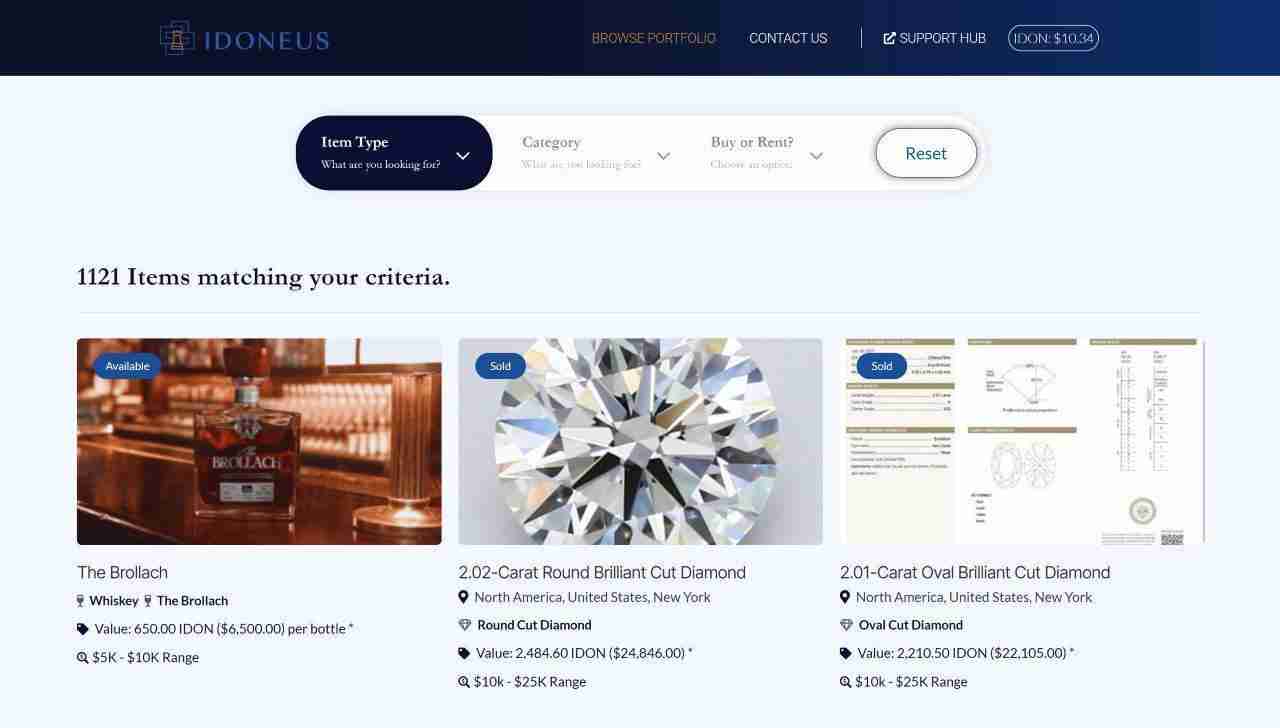 A screenshot of the Idoneus platform, which lists luxury goods including art and jewellery¬†

On September 20, 2021 – two days before the Monaco Yacht Show began – Camper & Nicholsons and Edmiston announced that 72m CRN superyacht Azteca would be available to buy with bitcoin.¬†

Her owner is a renowned supporter of cryptocurrencies such as bitcoin, and it is believed the announcement made Azteca the largest yacht ever available to be purchased with bitcoin. While she ultimately sold in fiat currency, it was undoubtedly an important moment for bitcoin’s slow but steady acceptance by some of the most prominent players in the business.¬† 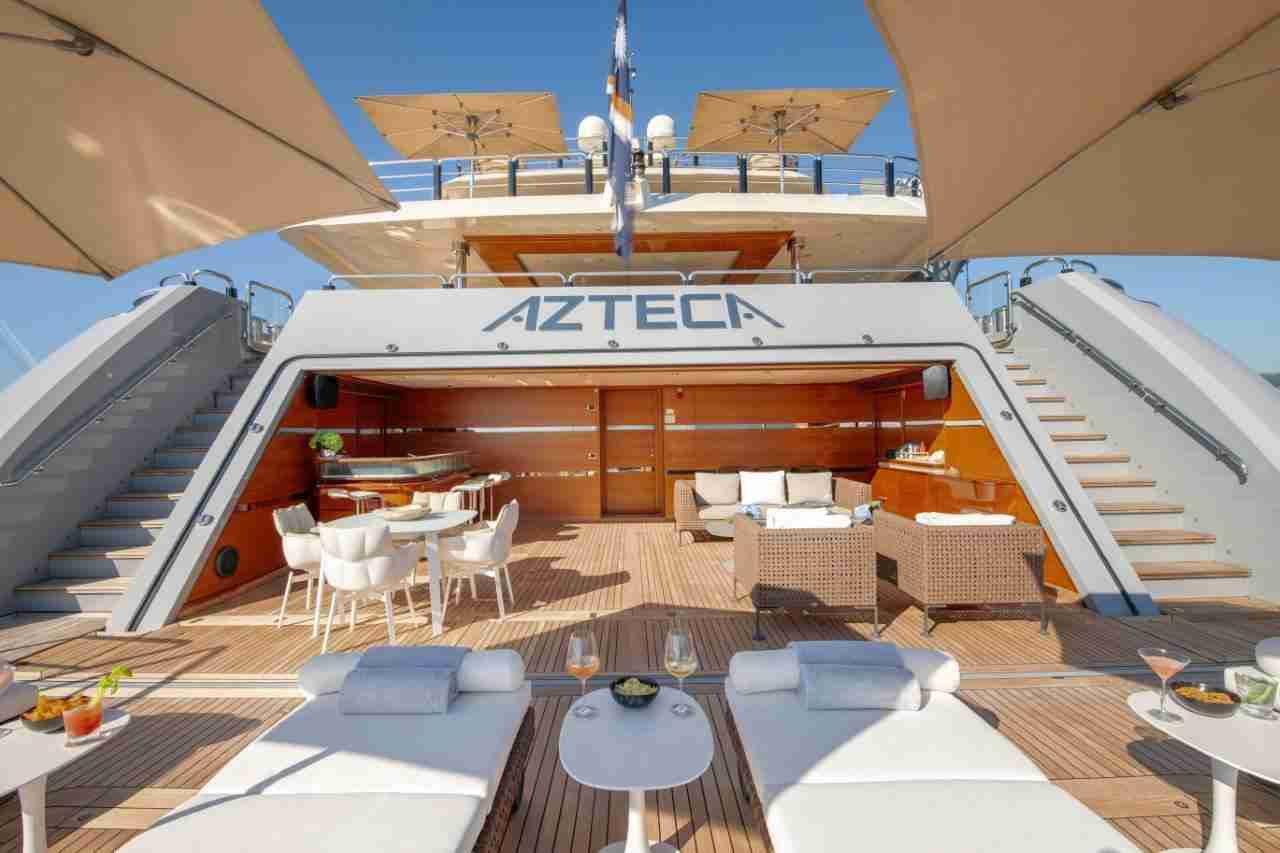 The beach club aboard Azteca

Cryptocurrency can no longer be dismissed as a “millennial fad”, but the technology that underpins it is still new in the yachting industry. While major players may take some time to embrace it, it is clients wishing to accept cryptocurrency who may ultimately push things forward.¬†

“The clients using cryptocurrency are younger, and one of the challenges is that we are operating within a very traditional world, not only here (Monaco), but also in the US,” Denison explains to Superyacht News. “Most owners don’t want to accept bitcoin. So, part of what we do is make the transactions safe and easy for them. We handle all of the conversion so that they can get their proceeds from the crypto sale or charter in US dollars or Euros. Most clients, while they might have an appreciation for bitcoin, don’t have an interest in taking US$15million of bitcoin. We firmly believe that this is going to continue to be a growing part of our business in the coming years.”