Buying a superyacht or confirming that dream charter involves a minefield of contracts, legal compliance and liability. Wolfgang is a new online management and tax-saving charter booking platform that promises to simplify things – and make some significant savings along the way

If London baker Thomas Farynor had been a little more diligent when he doused the flames of a small fire in his Pudding Lane bakery back in 1666, our superyacht charter contracts would likely look different today.

Back then, there were no steam ovens ready to pop out Paris-perfect pain Français at the whim of his customers – something available aboard some charter yachts today. Farynor, up long before sunrise to prepare his loaves, missed an ember when dousing that small fire in his kitchen. When he awoke three hours later, that missed ember was well on its way to burning the city of London to the ground.

The Great Fire of London forced businessmen to use a few surviving coffee shops as offices. One such establishment, close to the wharfs of the river Thames, owned by Edward Lloyd, was a favourite of ship owners. Lloyd’s Coffee House quickly became the best source of shipping information. By 1688, ship owners gathered there anxiously to await news of their cargo from the east; the first vessels to arrive in London, laden with tea and spices, fetched higher prices for their goods.

Owners, driven by profits, spared little thought of the resilient seafarers negotiating their way around ‘The Cape of Storms’ [a nickname given to the Cape of Good Hope] while racing each other to reach England. The pressure was immense on crews to get to London first. So owners commissioned faster boats with enormous sail areas; such overpowered clippers could reach speeds of 18 knots at full tilt, even with their holds full. 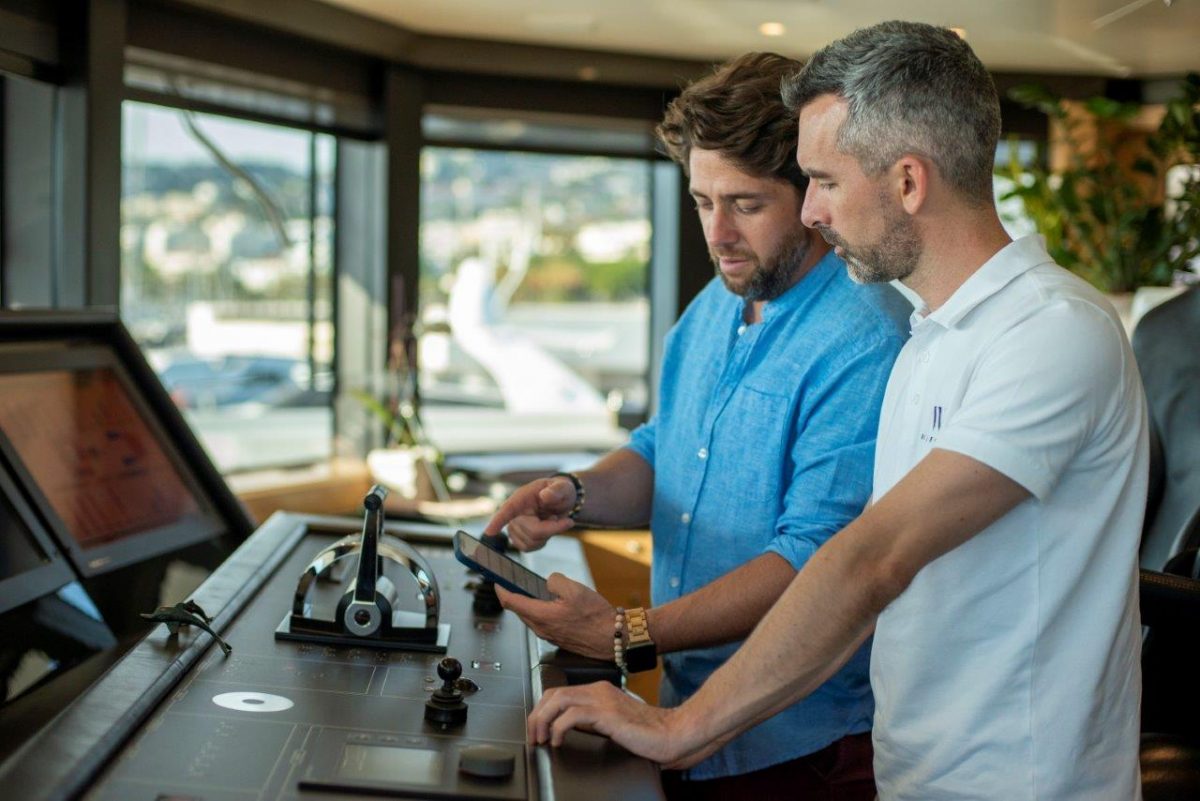 Sailors would regularly disappear overboard without a trace, and many ships would be lost to the depths. Modern transport contracts and how marine insurance is underwritten today have origins in Lloyd’s Coffee House. Ship owners began hedging their bets by splitting loads across the fleet. So if a vessel sank, as many did, no owner would suffer a total loss. This is how the Lloyds Insurance Company came to be.

In 1764 one of the most important trials in insurance law history occurred. Lloyd’s Insurance insured Mills Frigate, a barely seaworthy rust-bucket that made it as far as Saint Kitts before springing a terminal leak. With no possibility of repair, her cargo was scrapped. The owners filed an inflated claim with Lloyd’s, who repudiated it and took it to court. The judge ruled that the insurer’s expectation that the vessel was seaworthy was reasonable. Then, the judge surprised everyone with a verdict that impacts shipowners to this day. He ruled that when latent defects were unknown to both parties before a voyage, insurers were indemnified from paying any claim.

Lloyd’s thus launched the first classification society, independent of Lloyd’s. A vessel’s classification is to independently prove that she is fit for purpose and, importantly: insurable. Today the International Association of Classification Societies (IACS) has 13 members working with owners and builders. Each has clear standards that govern every aspect of the vessel’s structure and equipment. Insurance is impossible without this certification.

Some contracts between charter clients, owners and brokers are outdated, containing points of law with clauses going back to the days of Edward Lloyd’s coffee shop. Others place charter clients at a disadvantage through incorrect VAT allocations.

Industry folk who repeat the mantra ‘it will never happen’ would do well to take a look at the industry since Russia invaded Ukraine. ‘Straw man’ structures designed by expensive lawyers to hide oligarch UBOs (ultimate beneficial owners) have left sanctioned owners aghast at how fragile their and their yacht’s defences are. Generally, yacht owners and yacht charter clients might be similarly shocked at how vulnerable their exposure is. 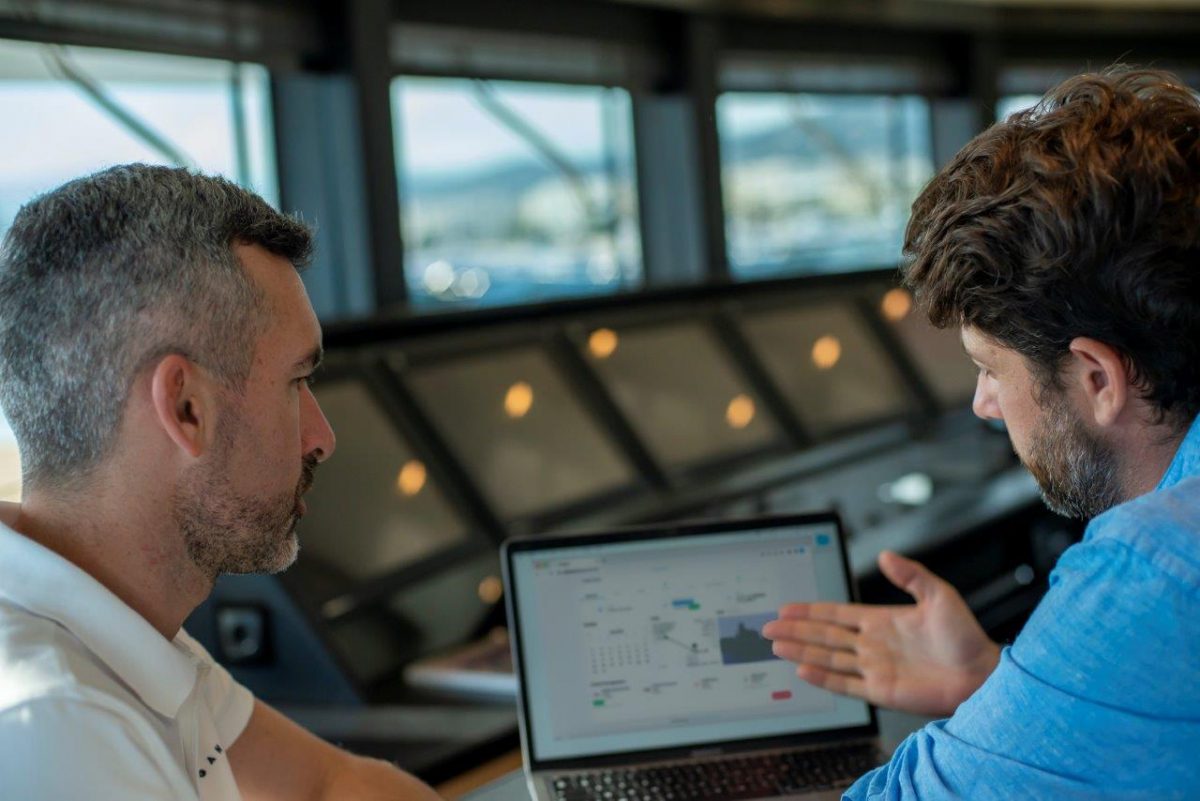 Take this example of liability concerning a commercial vessel that happened a few years ago. As Cape Town port city’s harbour authorities delayed incoming cargo, a ship laden with tequila was anchored offshore for several weeks waiting for an available berth. Then, one night a storm forced her to become beached. After many months and millions of dollars were spent trying to refloat her, the ship’s owners declared bankruptcy. The vessel’s insurers invoked a little-known maritime clause dating back – you guessed it – to the Lloyd’s Coffee Shop era, where the owners of the cargo can be held jointly liable for salvage costs. Creditors follow the money if the UBO or its agents can’t pay bills.

Matthias Du Verle, a merchant-marine-trained superyacht captain with years of experience, together with co-founder Anthony Flores, is convinced that they have solutions to the industry’s outdated contract problems. They have launched an online system for the yachting industry called Wolfgang that protects all entities through regularly-updated, transparent contracts. Wolfgang’s name is a play on the well-established Amadeus online tourism-industry booking platform.

One of Wolfgang’s focuses is cleverly apportioning value-added tax (VAT) to save UBOs and charter clients substantial costs on every charter, primarily through VAT savings. Du Verle explains that one of the biggest frustrations of any superyacht captain is the complexity of reconciling several sets of accounts at the end of every cruise. Varying rates of VAT among items within day-to-day running costs need analysing. The tax is payable on almost everything included in the upfront advance provisioning allowance (APA), paid by clients for everything consumed during the charter, from fizzy drinks to fuel. A charter client can expect this to come out to around 20 per cent of the charter fee. However, VAT differs from country to country, complicating the captain’s fiscal reporting. Wolfgang says its solution reconciles all this online, transparently, and apportions VAT appropriately among the contracting parties. 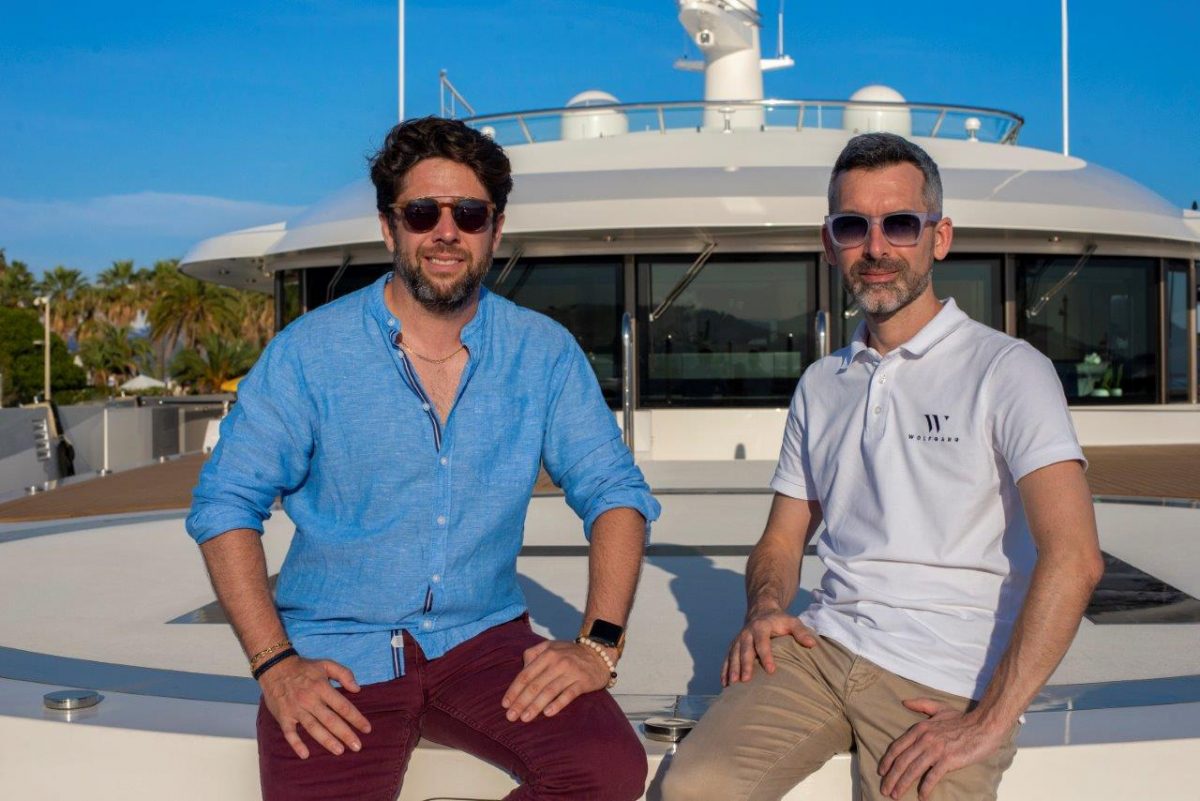 So, what does Wolfgang cost? “In practical terms, absolutely nothing,” Du Verle says. “A Wolfgang contract separates the business of running a charter operation from the guest booking a bespoke cruise with his family. This means that most of the VAT responsibility shifts from a private person to the charter business, with potentially huge savings for those booking. Also, in places like France, there is zero VAT on passenger transport. The average saving per charter is around 30 per cent, and usually, we can save all the VAT for clients, provided the charter takes in at least two countries.”

In essence, each charter client becomes a little like a cruise passenger. “The transparent online process, where privacy and exclusivity are assured, is [more] like boarding a private jet to go on holiday,” explains Du Verle. “You still need to show your passport and clear security, only you have the use of a private terminal, and a limo takes you right to your yacht – the whole process is bespoke.”

Du Verle’s vexation with outdated contracts extends to the laissez-faire attitude to contract signing, which is rife in the industry.

“Never mind that the contract wording is obscure and one-sided,” he says. “In many instances, I’d say 99 per cent of the time, a signed paper contract scanned and emailed cannot be used in court to support the contract validity.” 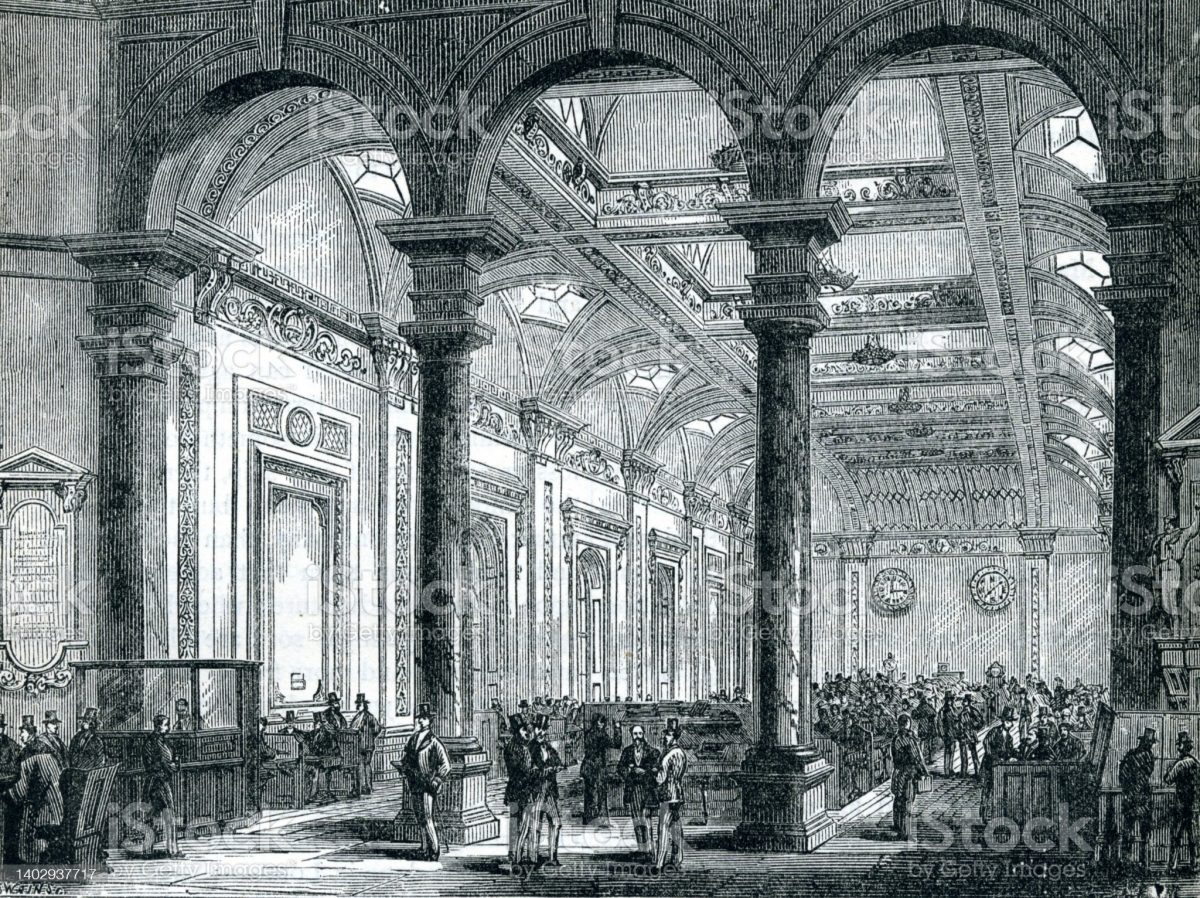 Du Verle is especially dismissive of commonly used basic e-contracts. “E-contracts provide a false sense of security because a simple electronic signature without authentication of the signatory is equally invalid,” he says.

We point out that Wolfgang is also an online solution with digital contracts. “Ah, but we use an EU-approved eIDAS system [electronic Identification, Authentication and Trust Services], guaranteed to stand up to scrutiny in court,” he replies.

The Wolfgang team is so confident of the saving their solution offers that it has introduced a ‘concierge’ service on the platform. The price for this ‘done-for-you’ solution is… absolutely nothing. The firm is so confident in the savings Wolfgang will deliver that they are prepared to work for a ‘no cure, no pay’ commission of 25 per cent of the amount saved on a like-for-like charter.

Owner services offered by Wolfgang include online fiscal compliance tools designed to reduce the risk of liabilities. The platform also offers online management tools and systems to help the operation of both owners and brokers.

If I were chartering a superyacht this season, I think I’d insist my broker use the Wolfgang system. I don’t want to be blissfully unaware of the fire burning slowly underneath my feet like Thomas Farynor.

Find out more at wolfgang.pro 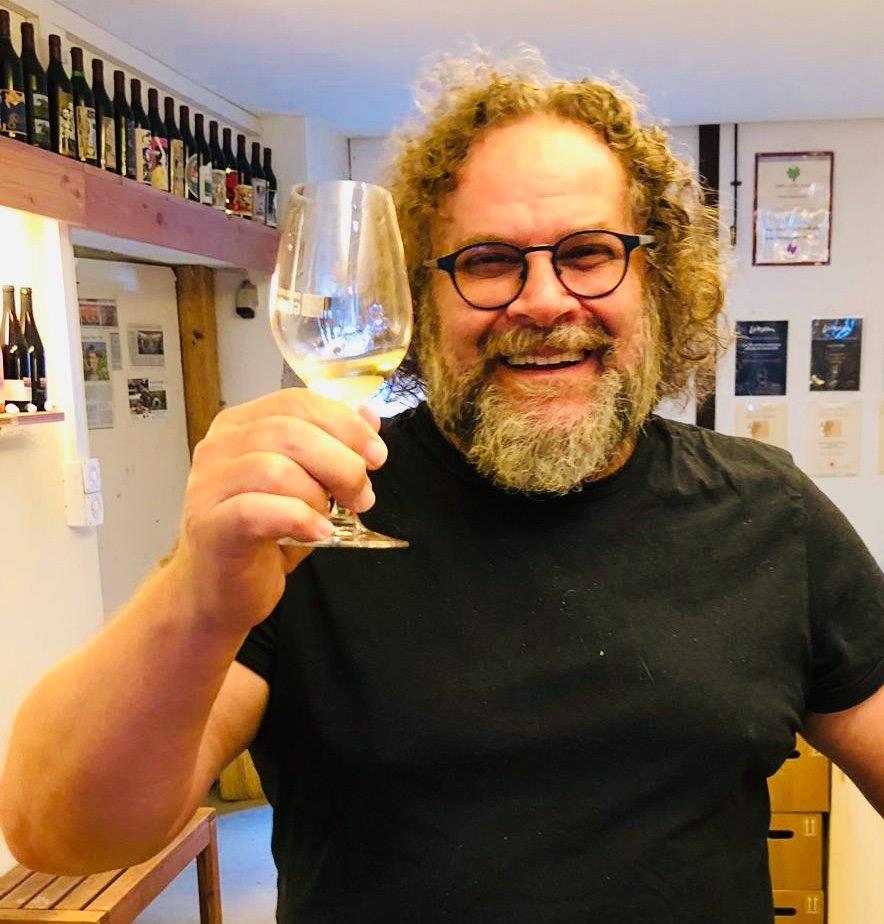