The world’s top philanthropists and supporters of ocean conservation have been revealed, according to the latest report on ocean funding by Our Shared Seas, which gathers data to support ocean conservation policy. The report was released on August 12, 2021.

The report, “A Decade of Ocean Funding: Landscape Trends 2010–2020”, listed the David and Lucile Packard Foundation as the largest supporter of ocean philanthropy over the past ten years, while the largest donor to ocean conservation in the year 2020 was the Nippon Foundation.

The report also found that philanthropic funding for marine conservation doubled over the past decade, from roughly US$520 million in 2010 to US$1.2 billion in 2020.

Funding is concentrated with just a few foundations providing the overwhelming majority of support. The top 20 funders provided about 64% of all marine funding, while the top five funders in 2020 provided 44% of all funding. 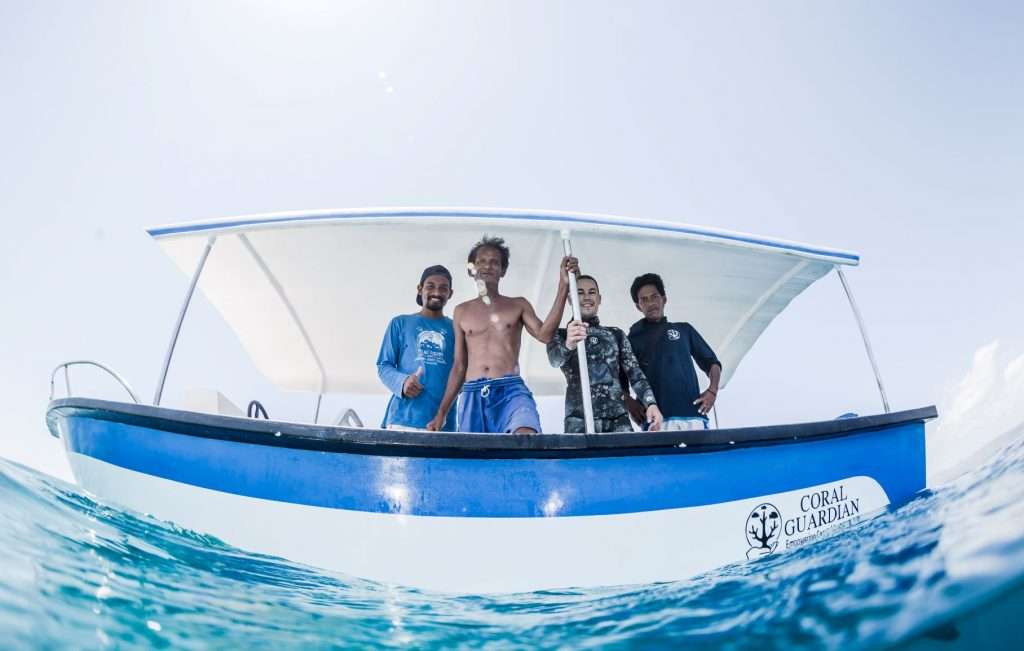 Funding for ocean conservation, both by governments and private philanthropy, is still far below the estimated requirement of US$175 billion per year to achieve UN Sustainable Development Goal (SDG) 14, which targets “life below water”, and whose aim is to “Conserve and sustainably use the oceans, seas and marine resources for sustainable development.” SDG 14 has received the least investment out of all the UN’s Sustainable Development Goals, with only US$25.5 billion spent annually so far.

The Marine Spill Response Corporation is dedicated to cleaning up oil spills in the United States. Data gathered by Our World in Data shows that the number and volume of oil spills has declined steadily since a peak of over 100 spills per year in 1974 and 1975. 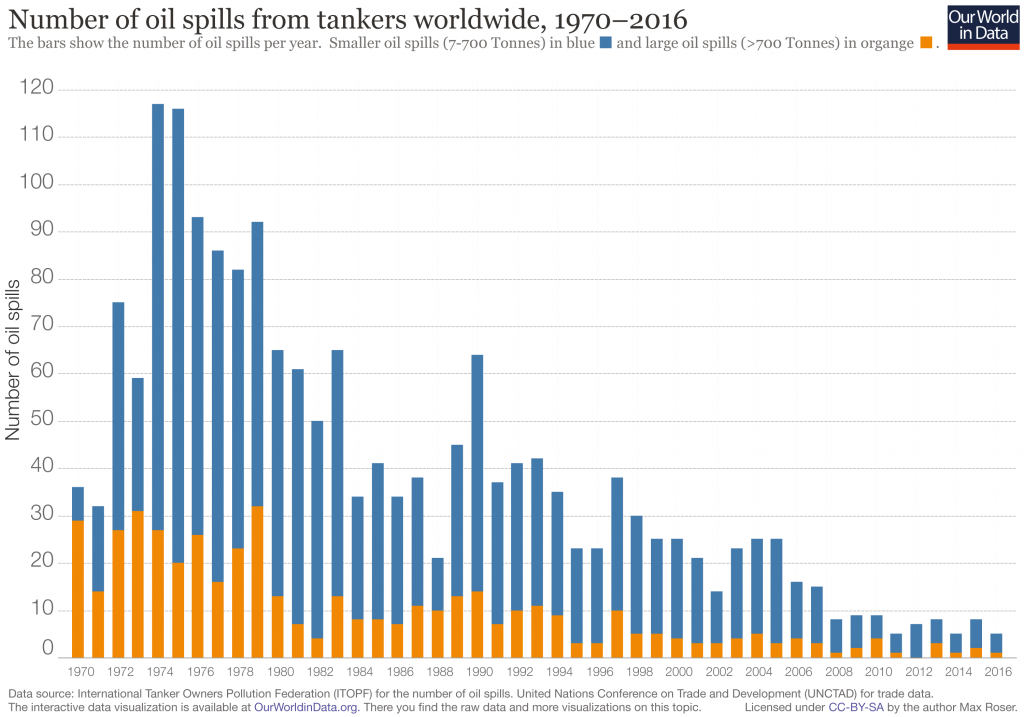 Courtesy: Our World In Data

The report also highlighted the top areas of marine grant-making in the last decade. Science and research led, gathering 21% of funding, while protected areas and habitat protection gathered 17%. Overfishing and illegal fishing have been identified as one of the leading causes of concern to the state of the oceans in the past few years, even as public attention has focused on plastics pollution.

Private foundations are increasingly supporting ocean conservation by providing research vessels to ocean scientists and marine biologists. Those foundations are now working together to coordinate their work.