See the spectacular winning images from this annual competition 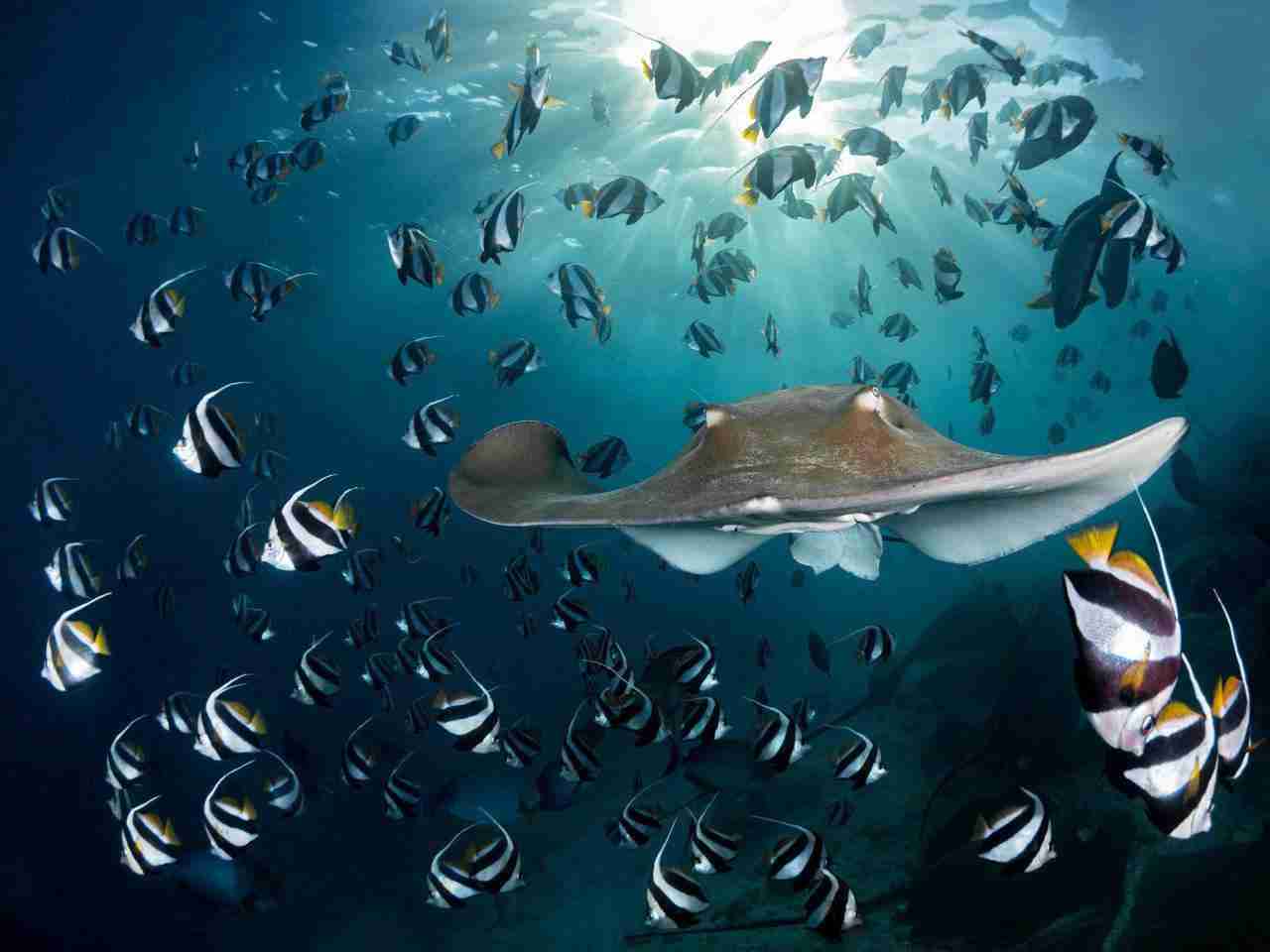 The winners of the annual Underwater Photographer of the Year competition have been announced.

Spanish photographer Rafael Fernandez Caballero clinched the overall prize for his incredible image of five whale sharks in the Maldives. Dancing with the Giants of the Night (seen below) shows the group of whale sharks feeding together on plankton, illuminated by the light of a boat. 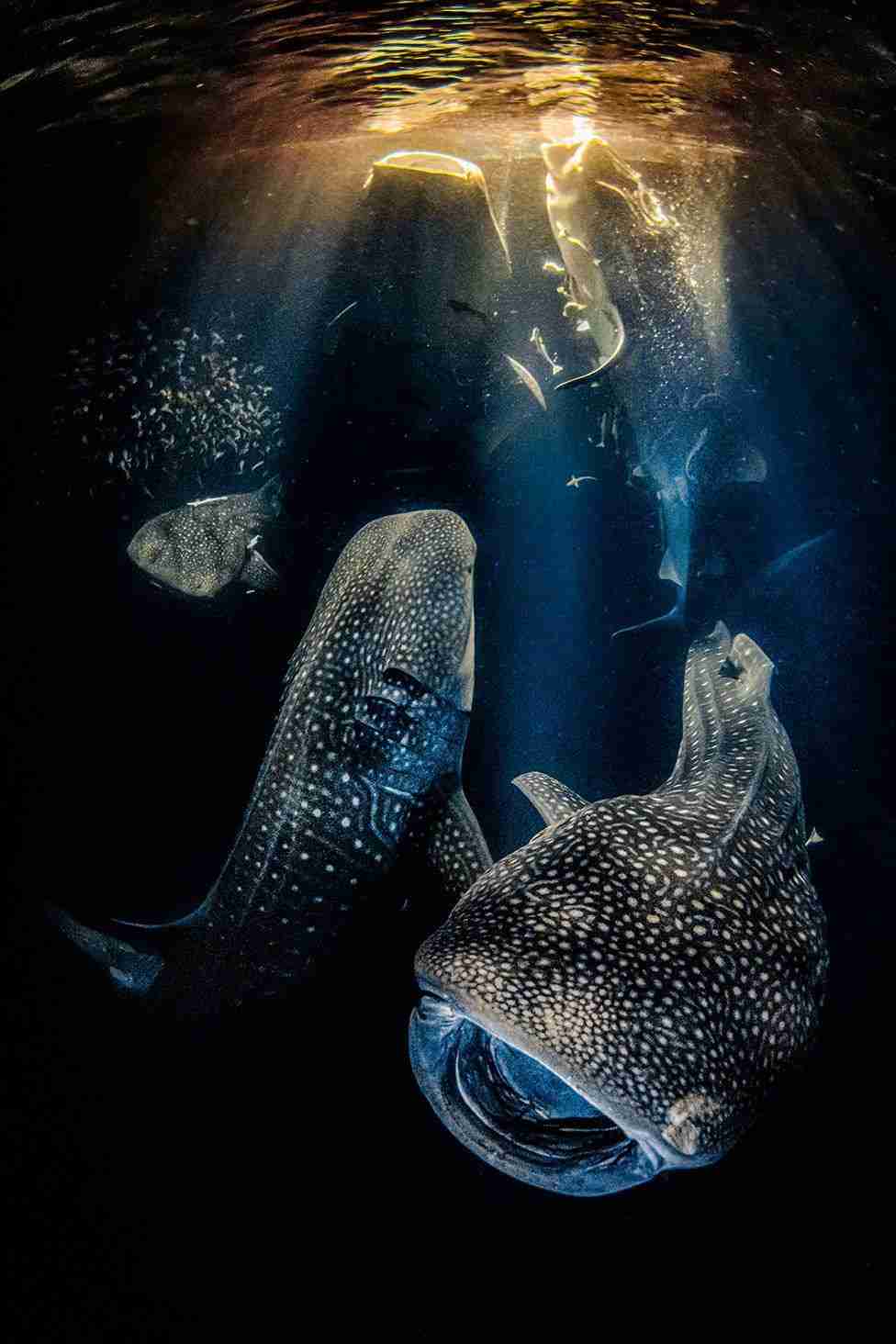 “At the beginning of the night one whale shark came to the light of our boat BlueForce One, we jumped in the water and then another whale shark came,” says Caballero. “We were so happy when, a couple of hours later, out of the blue, madness happened and whale sharks started to come in big numbers. I was together with Gador Muntaner, a shark researcher, who couldn’t believe what we were seeing. We counted 11 whale sharks surrounding us. It was a unique moment that no one there had thought it could even be possible.

“Magic happens in the ocean every day, but if we don’t protect the oceans and sharks, these moments will soon be a thing of the past.”

The Underwater Photographer of the Year competition this year attracted 4,200 images from 71 countries.

READ: Underwater photography: How to get the perfect underwater shot 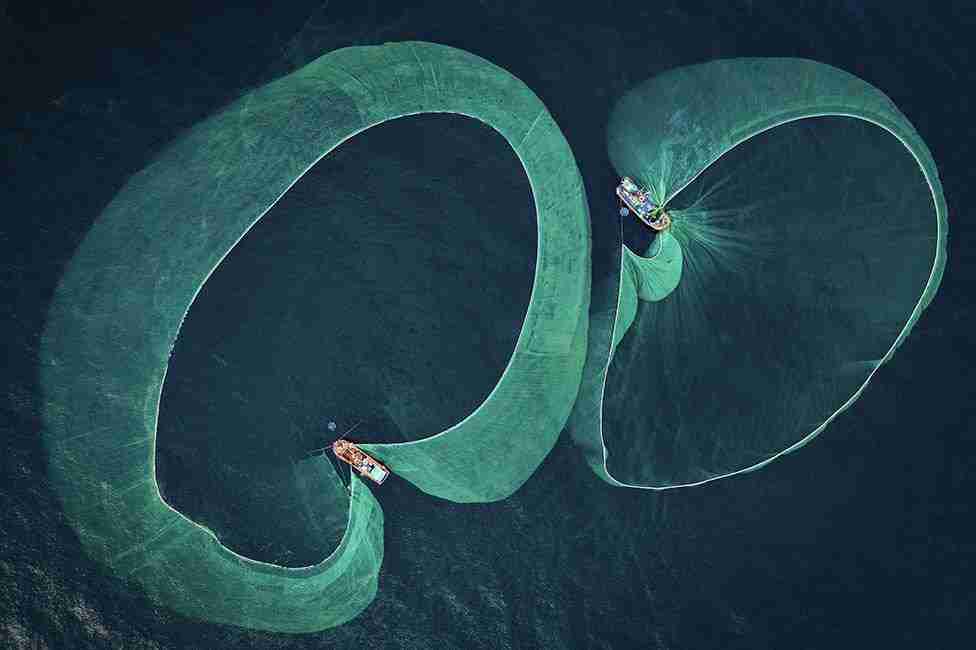 Thien Nguyen Ngoc won the ‘Save Our Seas Foundation’ Marine Conservation Photographer of the Year 2022 prize for this image, called Season of anchovy fishery, showcasing an aerial perspective of busy anchovy fishing activities off the coast of Hon Yen, Phu Yen province in Vietnam.

This image was praised by judges as a “stark visual reminder of man’s reach and control over the surrounding habitat and its devastating effect on the natural balance.” 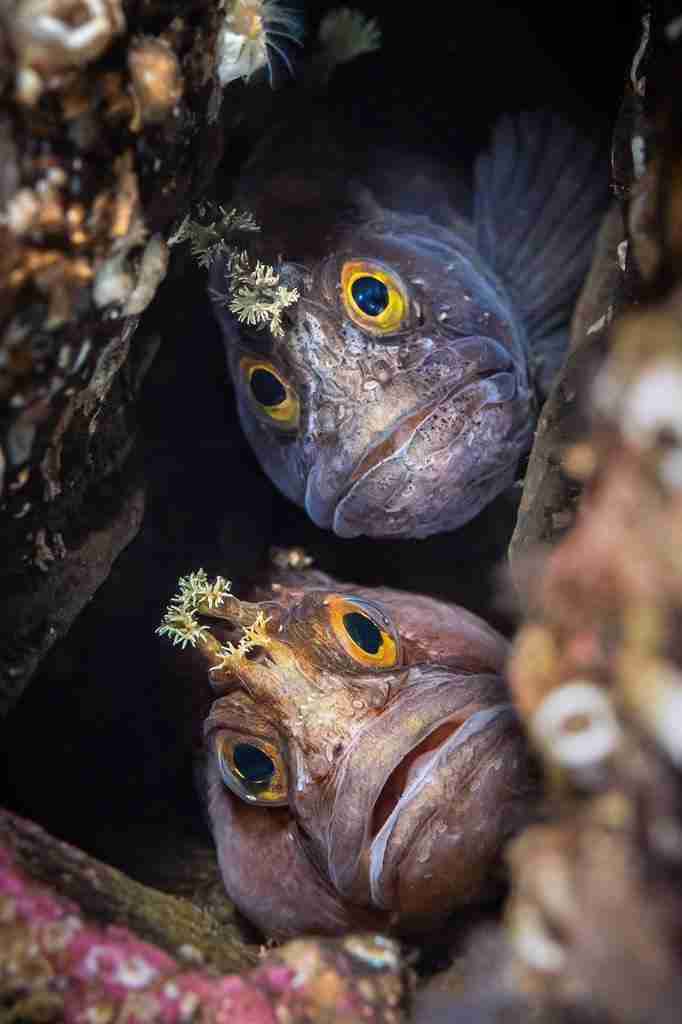 “2021 was the 10 year anniversary of my first trip to the beautiful Loch Carron, and in all that time it has never failed to produce stunning underwater images with its diverse array of marine inhabitants,” says Bolt. “My buddies know that I’m not very good at finding Yarrels blennies, and it was no exception on this dive either. We were diving on an area of reef I’d not previously explored, and after an excited squeal and waving of a torch in my direction I dropped down to see that my buddy had found not one, but two beautiful little blennies holed up in a crack in the rock.

“Having my long macro lens on was an advantage as I could stand-off from the reef enough to get some light into their home so we could all see their some-what bemused little faces. Best buddies for sure!” 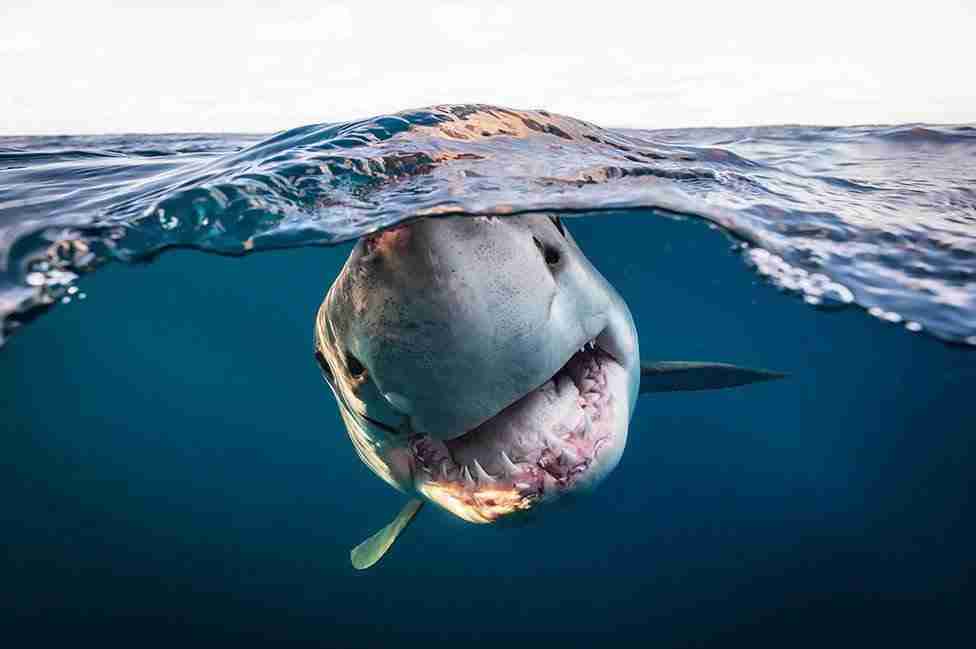 Australia-based Matty Smith was named British Underwater Photographer of the Year for a portrait of a great white shark taken in the Neptune Islands, South Australia.

“I had wanted to shoot a charismatic over/under portrait of a great white shark for a couple of years,” explains Smith. “Some techniques I had previously tried failed terribly, so this time I designed and constructed my own carbon pole and remote trigger. This enabled me to safely lower my camera and housing into the water with my own 12” split shot dome port attached. Surprisingly the sharks were instantly attracted to the camera with no extra bait needed, in fact, it was a battle to stop them biting the dome port! We had wonderfully calm seas and nice evening side lighting for this naturally lit image.” 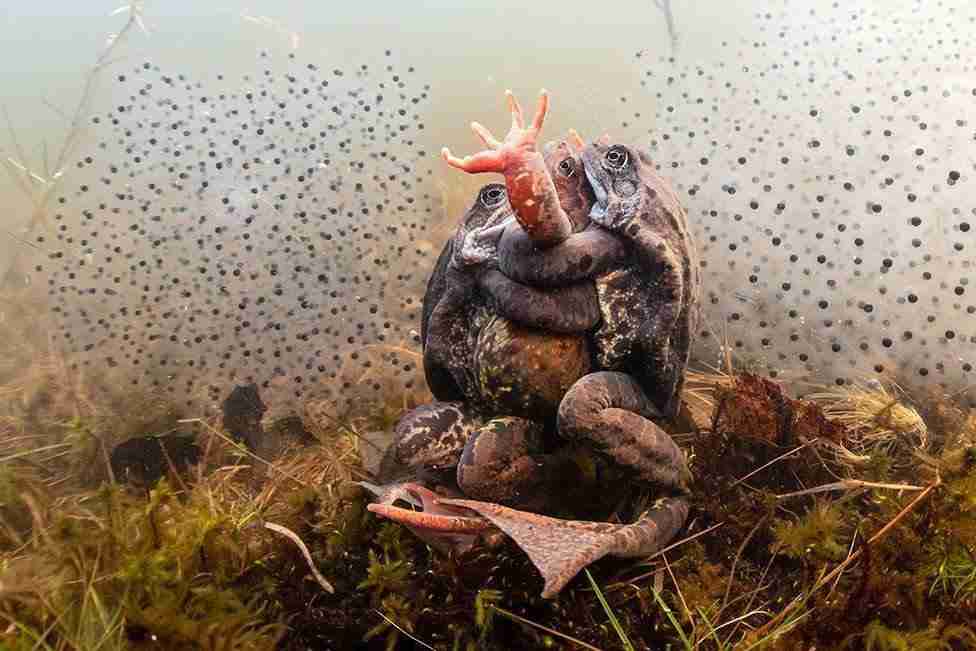 “I wore a drysuit with argon, lots of undergarments and a heated vest to survive in the five-degree water,” says Finnish photographer Pekka Tuuri of the four-day and four-night adventure he embarked on to snap this image. “The frogs climbed on top of my camera, make grunting sounds in my ears and squeeze between my face and the backplate of the camera.”

Take a look at a selection of other shortlisted and winning images below: 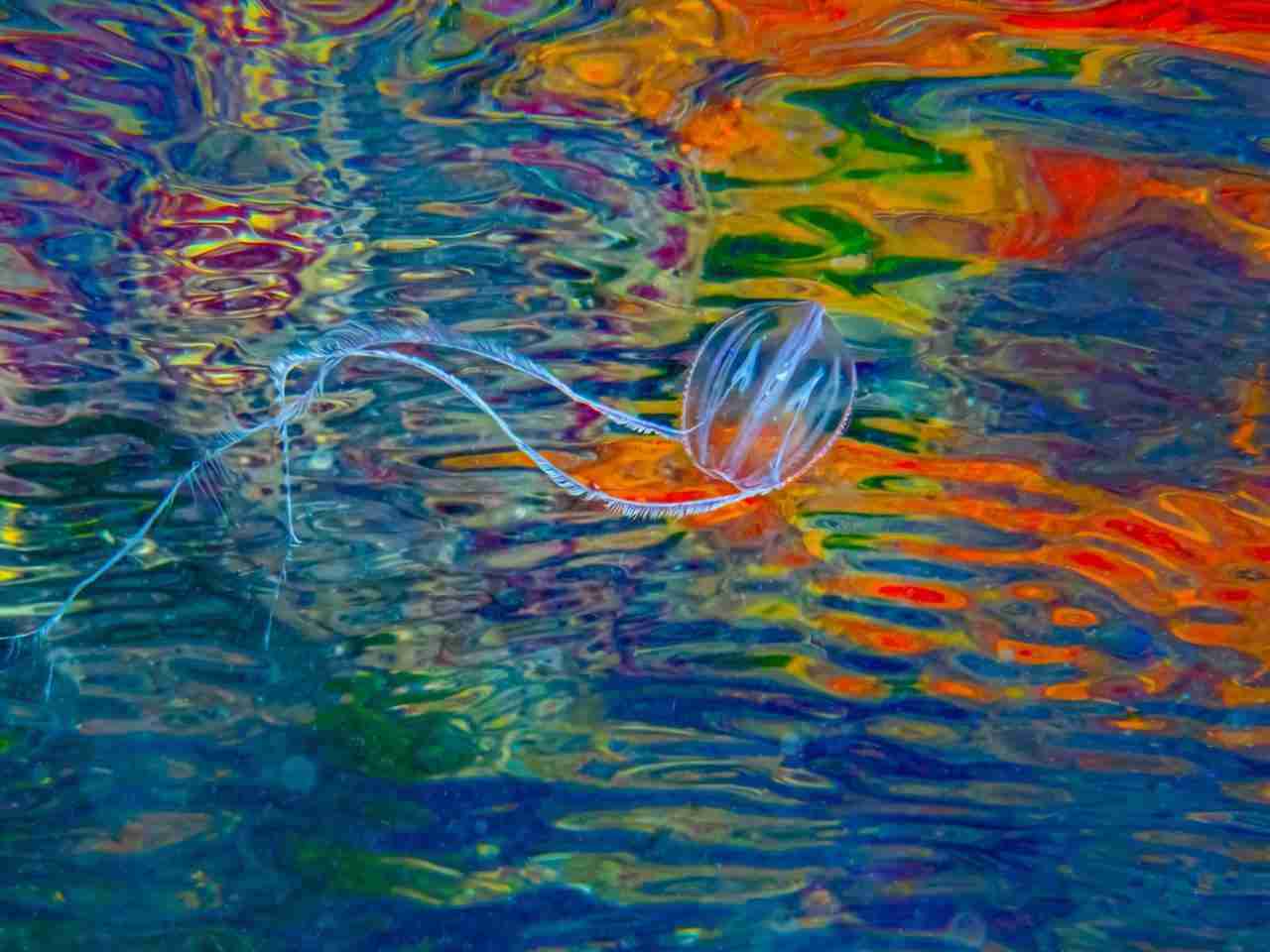 ‘Diamonds and Rust’. Most Promising British Underwater Photographer of the Year 2022 | Paul Pettitt/UPY2022 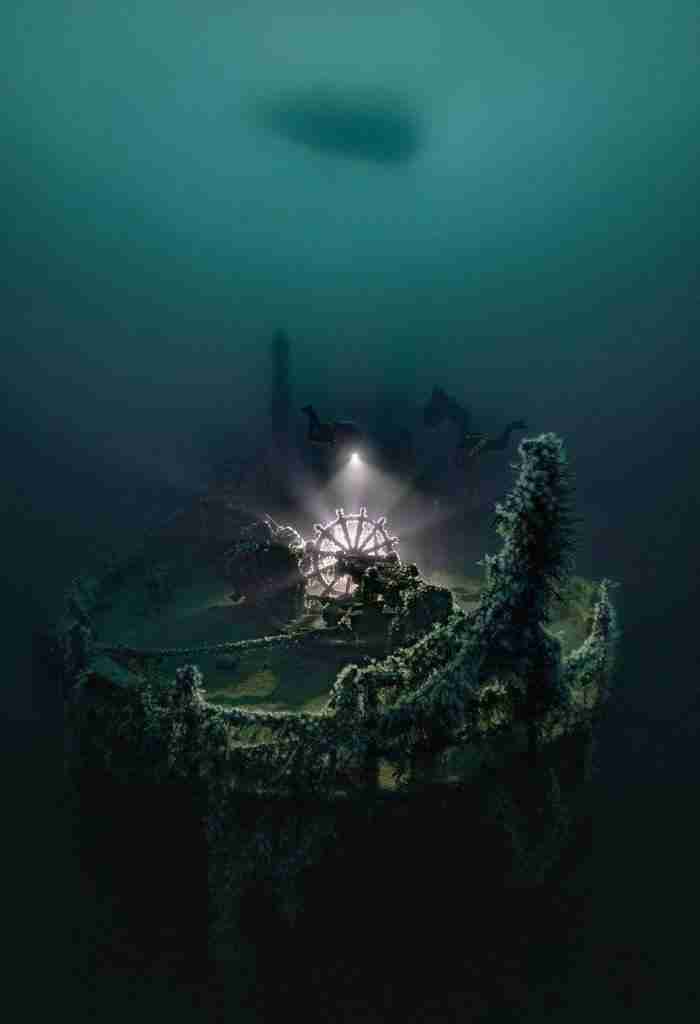 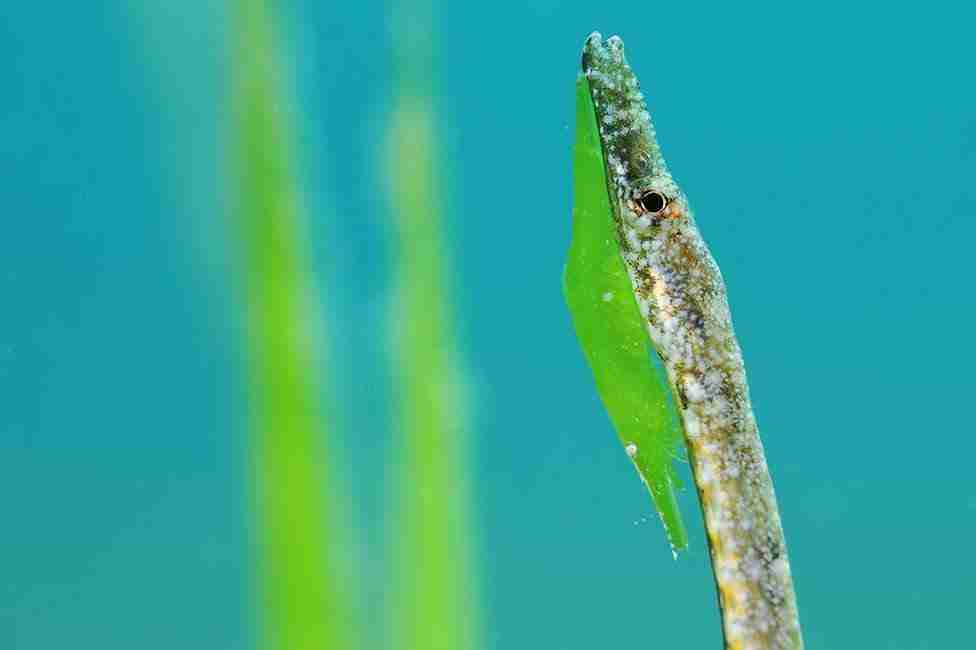 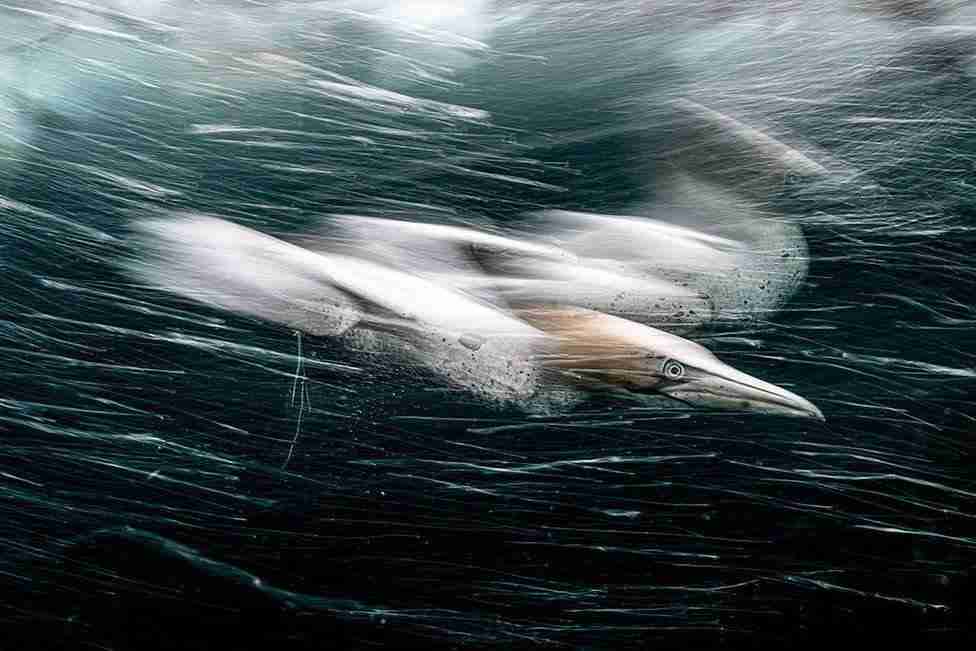 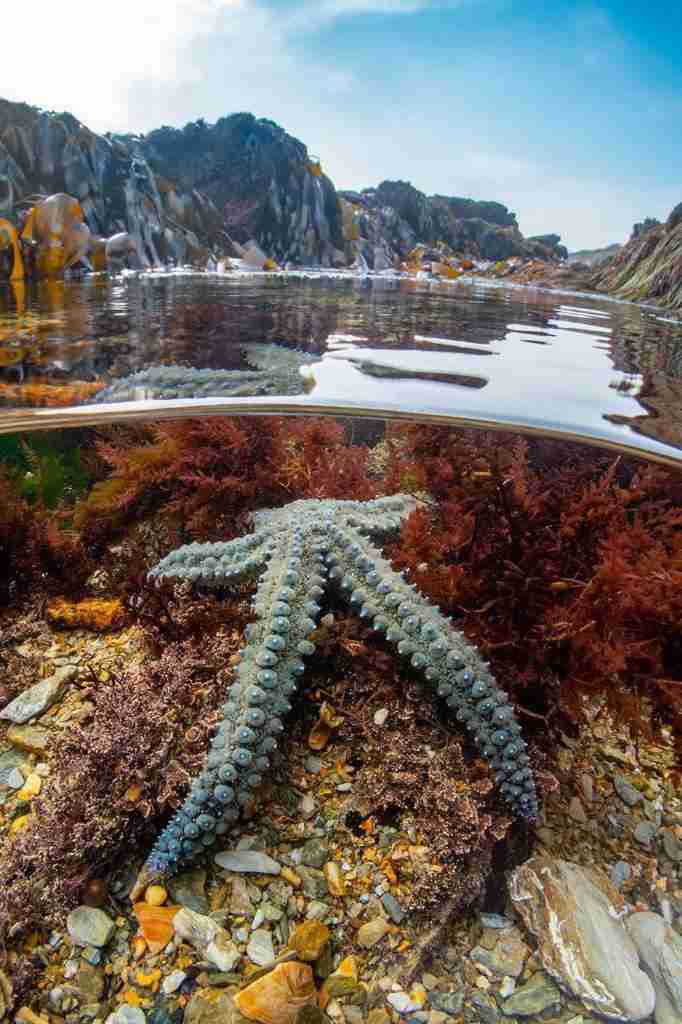 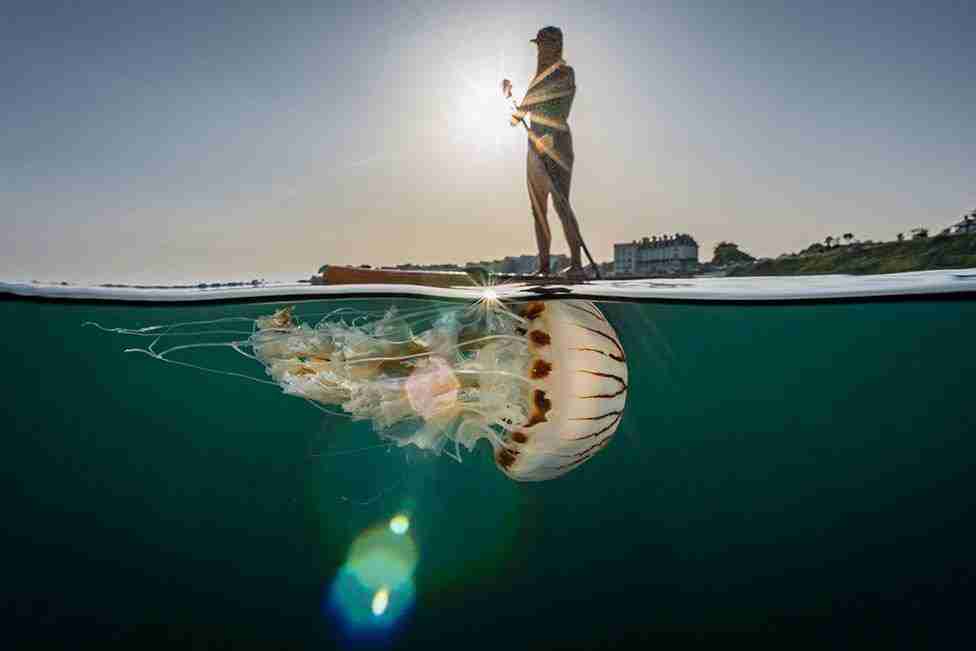 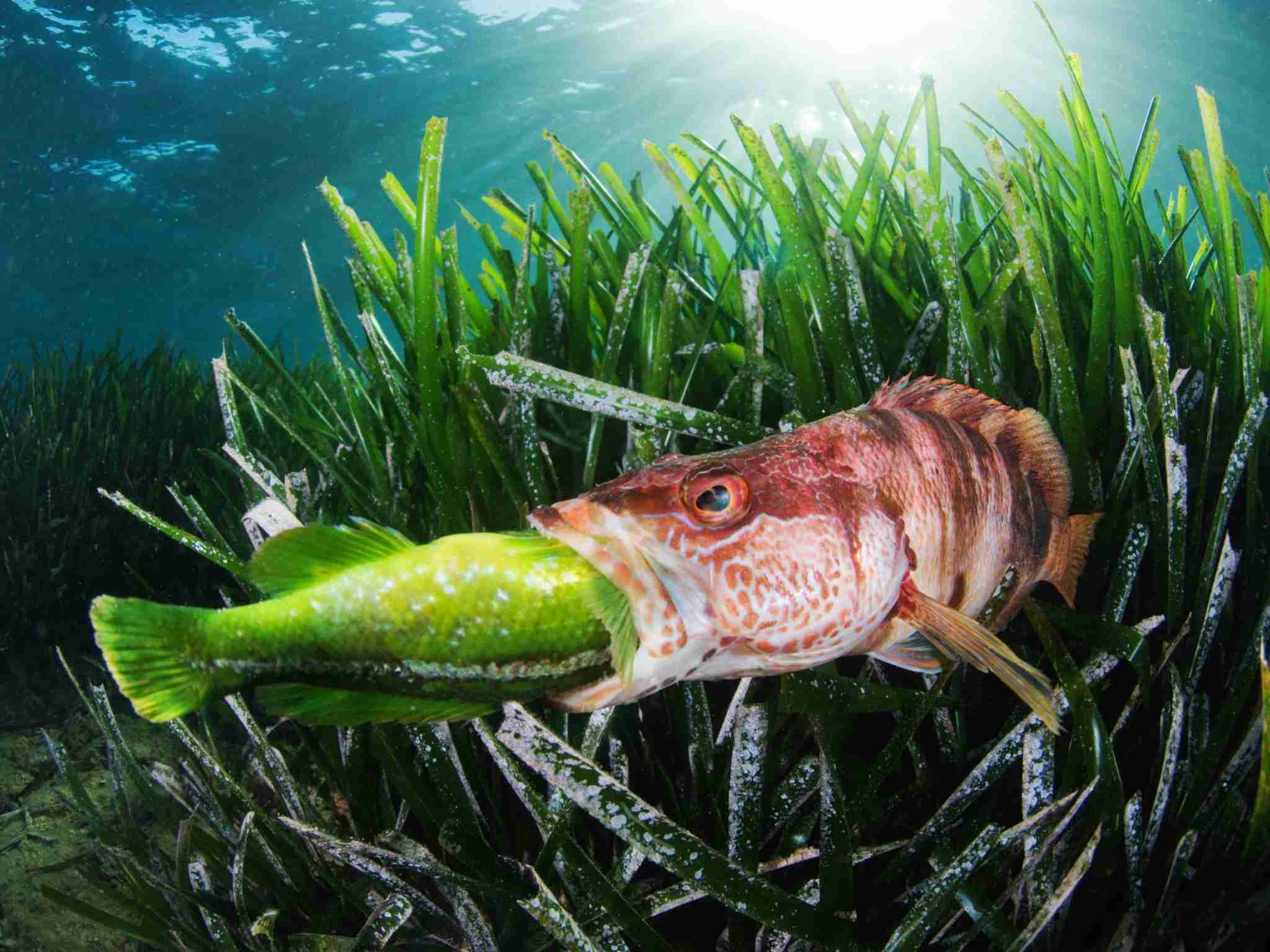 ‘The circle of life’. Runner Up: Behaviour. Javier Murcia/UPY2022