The world is finally waking up to the ecological importance and the wonders of mangroves. For intrepid yacht owners and charterers looking for a thrilling new experience, pick out a kayak and head for the nearest mangrove forest 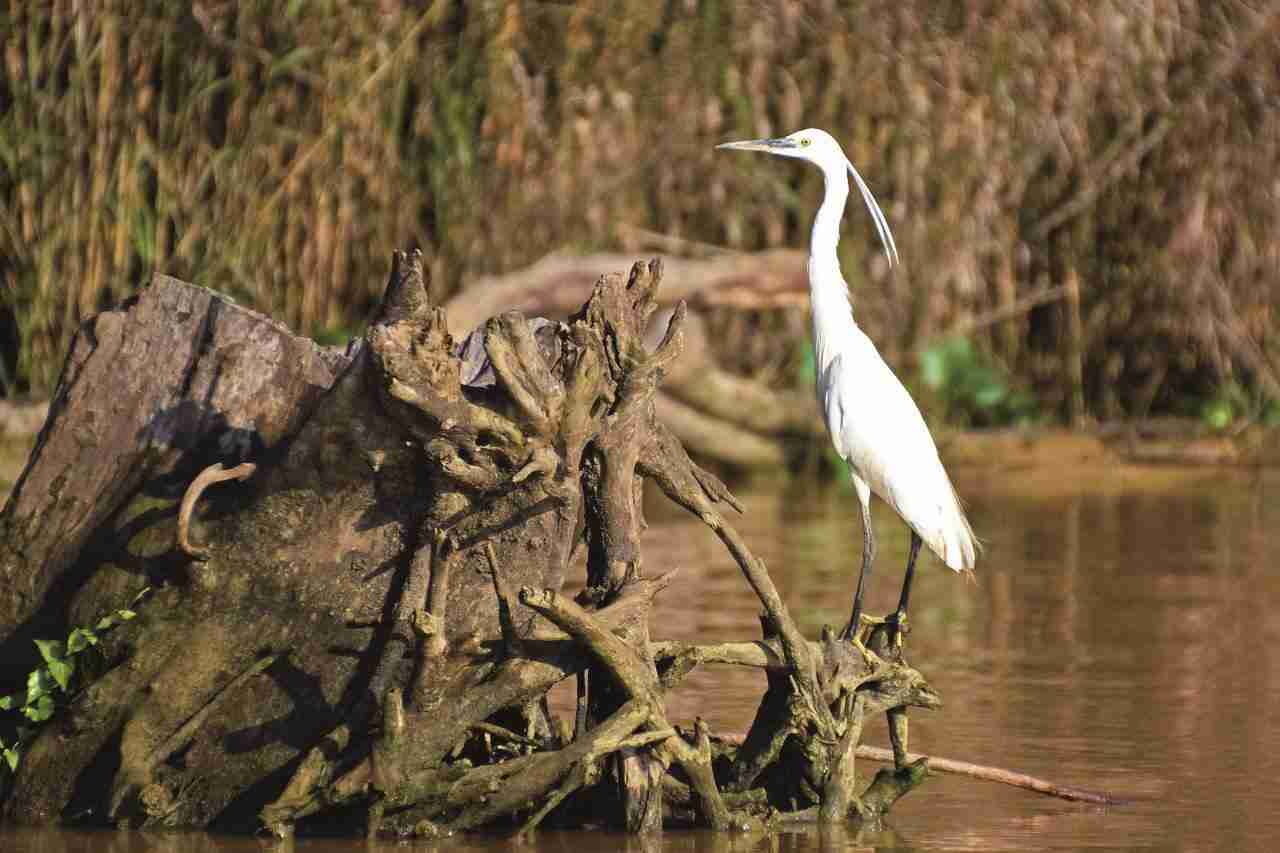 Most yacht owners cruising Southeast Asia probably seek out the extraordinary marine life and spectacular colours found in the Coral Triangle, and they are right to do so. But there is another attraction that boaters have probably paid much less attention to so far, and those are mangrove forests.¬†

Viewed from the aft deck of a yacht, a mangrove forest might not look inviting, but they are worth your time. Aside from being ecologically critical for the oceans and the Earth, mangroves are simply amazing habitats.¬†

In East Africa, wild bees live in the holes of some mangrove trees, and local people can produce a slightly salty but delicious honey from them. In India and Sri Lanka, some locals use a type of fruit from mangrove trees to make mangrove apple juice. 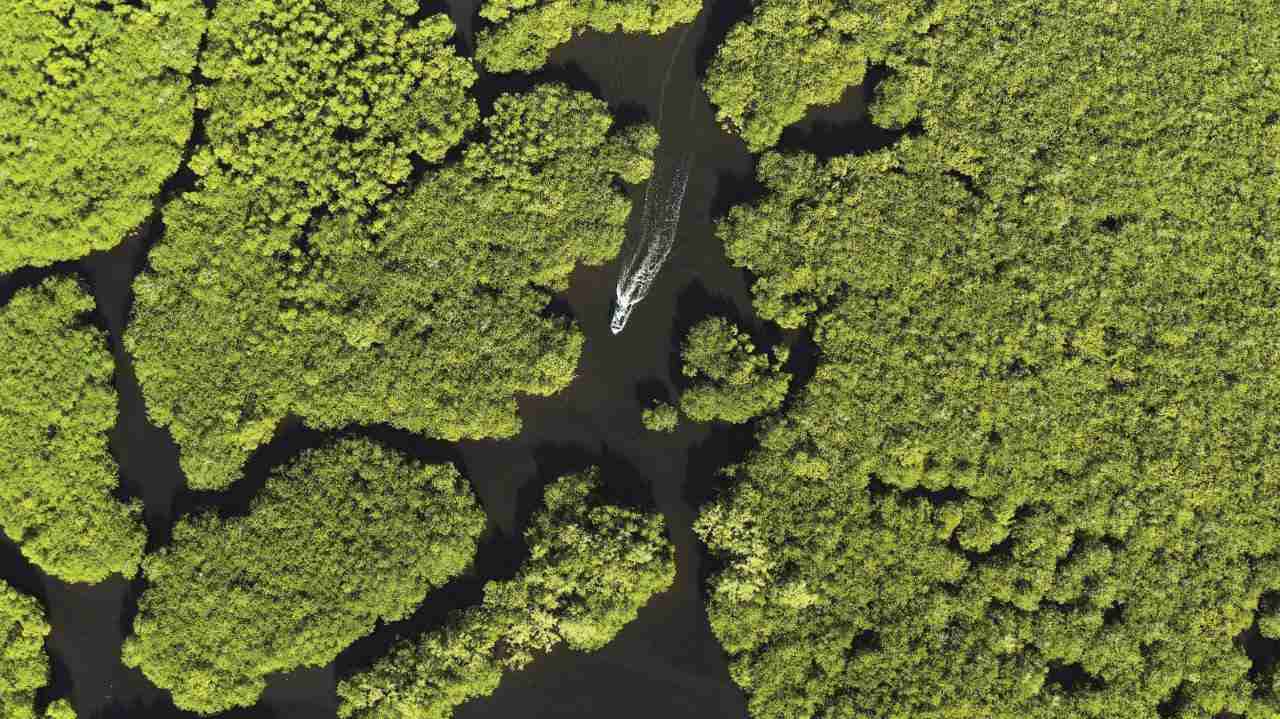 Mangroves are amazing habitats for many species

Read more: Spices, safaris and sailing: Intrepid charters on the south side of Sri Lanka

The life and diversity of mangrove forests have made them a big part of my scientific work. Without mangroves, there would be no healthy coral reefs. Mangroves are the natural nurseries for the colourful and beautiful fish species you can observe while diving or snorkelling on coral reefs.¬†

Most of those fish, even black-tip reef sharks, grow in mangroves when they are young. As a result, they find shelter from large predators and a source of abundant food. The nutrients provided by mangrove forests, such as nitrogen and carbon, are essential to all life and, thanks to tides and currents, are transported to adjacent seagrass beds and coral reefs, thereby feeding and sustaining them.¬†

Currently, the main driver of mangrove destruction is intensive and unsustainable shrimp farming 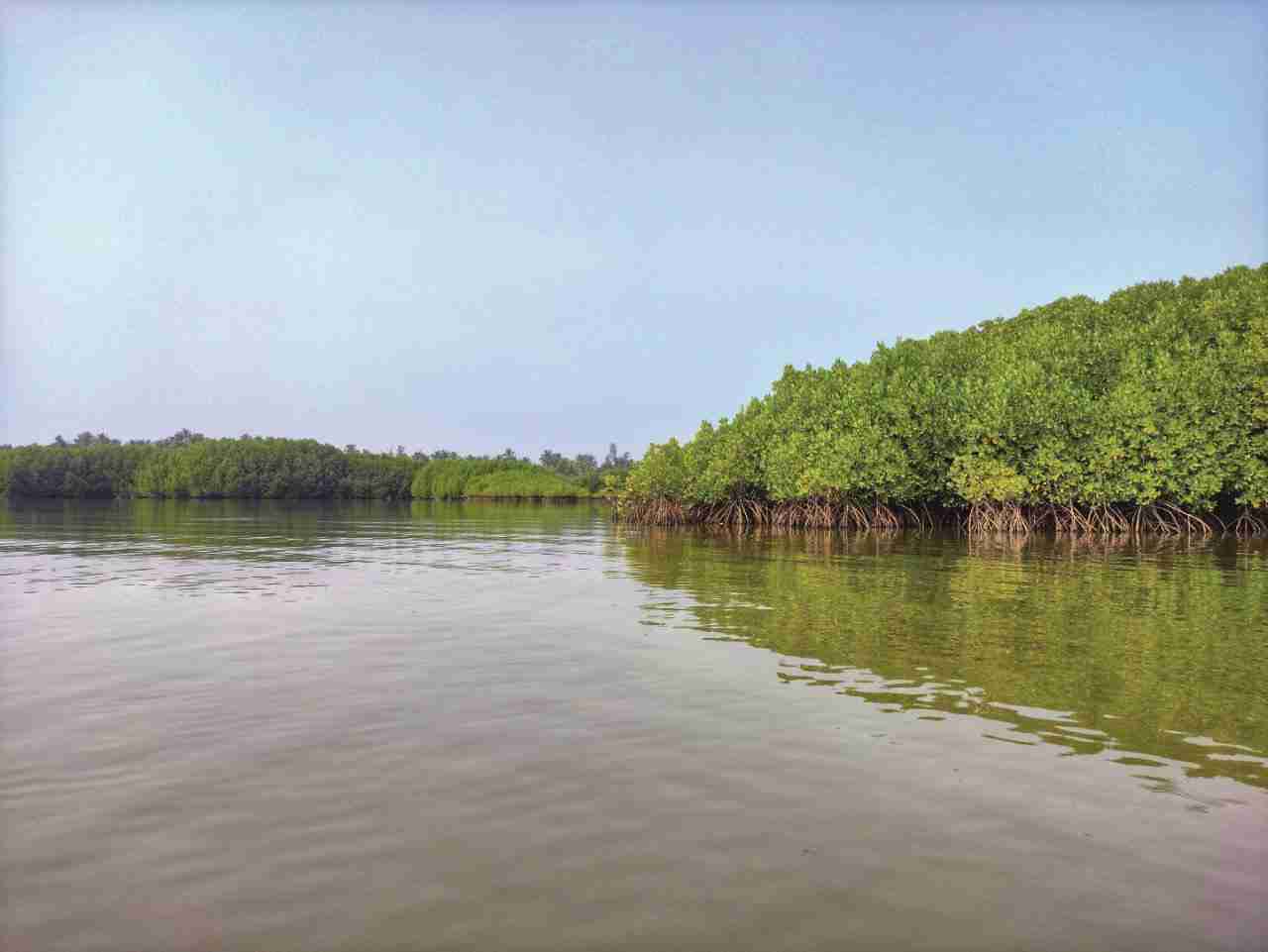 Healthy mangrove forests reduce coastal erosion and often provide protection from tropical cyclones and tsunami waves. They store incredible amounts of carbon in their sediments, which means that they are among the most effective ecosystems in absorbing greenhouse gases and even mitigating climate change.

I am an ecologist, and I study mangroves to try and inform the conservation and management strategies of stakeholders and policymakers.¬†

But I am also an evolutionary biologist, and what personally attracts me to mangroves is that they are a unique kind of forest that edges into the ocean’s coastal waters. To thrive semi-submerged in seawater, formerly terrestrial trees have evolved incredible adaptations to the saltwater and the lack of oxygen in the sediments beneath them.¬† 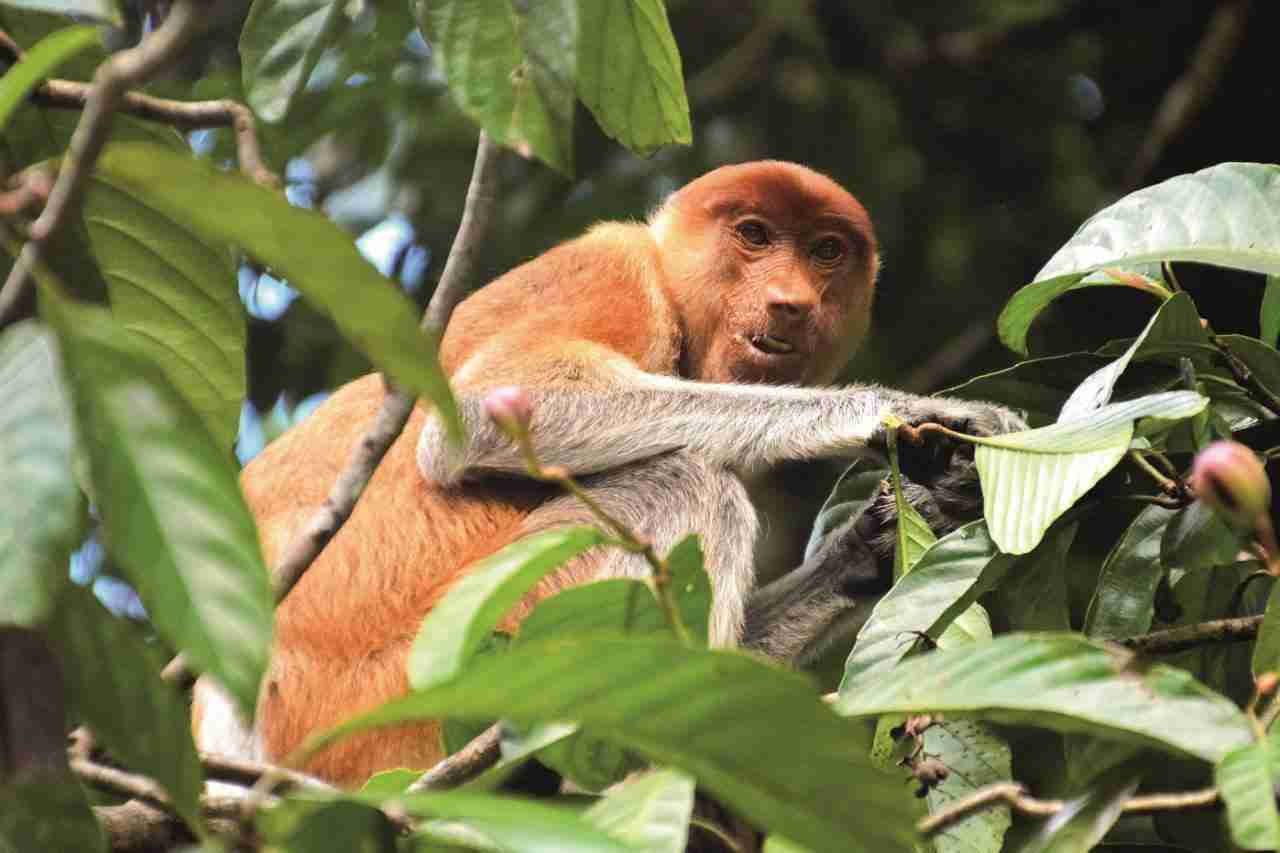 A monkey in a Borneo mangrove

Mangrove forests form incredibly entangled and beautiful aerial roots that have developed above the sediment. They have physiological mechanisms to cope with saltwater. In some forests I visited in East Africa, there is an early morning shower of salty water under the branches of some mangroves as they excrete excess salt from their leaves.

The marine species that make a home in mangroves are also unique. For example, there are crabs and marine snails that take the ecological role of insects by feeding on leaves high up in the forest canopy. I carried out part of my PhD research on a treehouse built on a mangrove tree in Kenya to observe these creatures and found marine snails and crabs that breathe air and have special adaptations to avoid water loss when active during sunny days.¬† 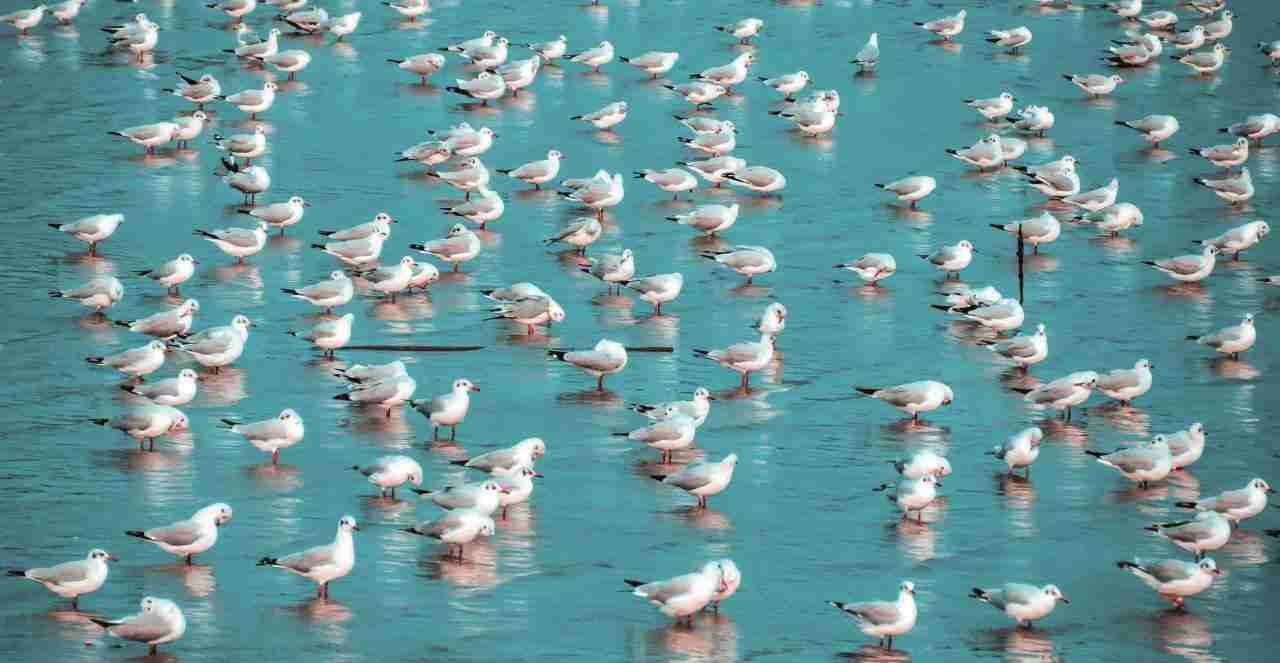 Many species of birds make their homes amid mangrove forests

Recent research has shown that even small mangrove patches around the Indo-Pacific Ocean can be critical as biodiversity reservoirs. Though small, they host so many different plants and animals that these can act as “source populations” for other mangrove forests through the spreading of larvae and their buoyant seeds. Unlike in most plants, these seeds germinate while still attached to the parent tree.

We also found that the mangrove resident fauna has a low ecological redundancy, which means that each species plays a very particular ecological role within the forest ecosystem that cannot be done by other species. If those species disappear, the whole forest could be in serious trouble.¬†

To thrive semi-submerged in seawater, formerly terrestrial trees have evolved incredible adaptations to the saltwater and the lack of oxygen in the sediments beneath them 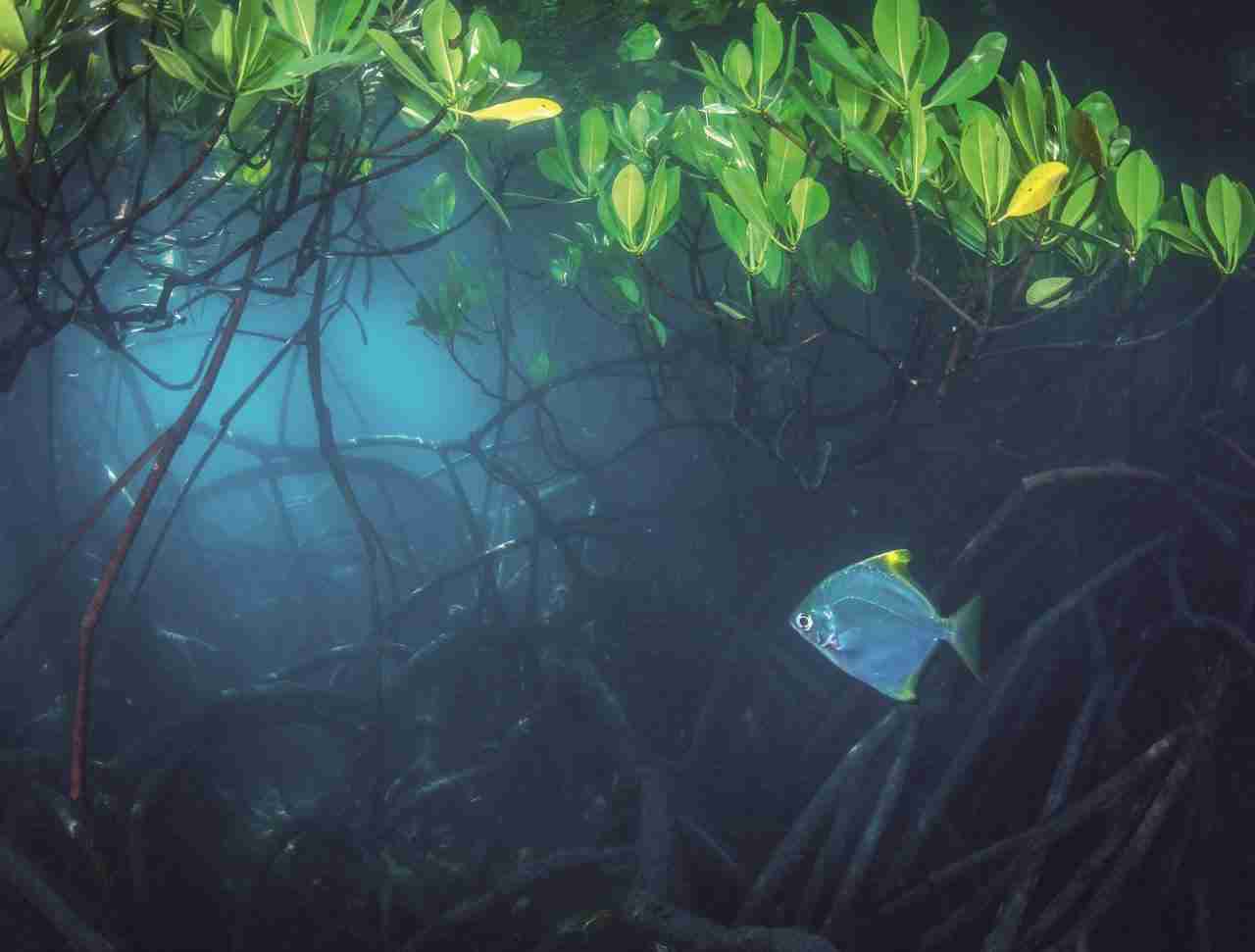 If you want to explore a mangrove forest, kayaks are best. Most mangroves are near estuaries, so you need to know the timing of the tides and the currents, which can change between dry and wet seasons in monsoonal areas. I strongly suggest getting in touch with local villagers or local ecotourist associations. Luckily, mangroves are gaining interest worldwide, and in many places, local people are taking advantage of this by providing guided tours and local knowledge about their ecology.

Mangrove forests can be found around the world in temperate to tropical climates. I particularly enjoyed the mangroves lining the estuaries of South Africa and Mozambique. Kayaking through the estuaries of Eastern Cape Province and Kwazulu Natal is stunning. However, in some mangrove areas of Mozambican Riverine Natural Parks, visitors need to beware of hippos and crocodiles. It is a very impressive place, but guides are a good idea.¬†

There are numerous amazing sites in Asia to enjoy mangroves up close. I have had the privilege of kayaking along the mangroves of both Penang and Langkawi islands in Malaysia, where you can see mangrove pit vipers caught on mangrove trees by the high tide, and kites and sea eagles fishing along the estuaries.¬†

For a truly magical display, one can kayak at night in front of the Matang mangrove forest in Malaysia, about 50 kilometres south of Penang. There, a certain species of firefly lights up during the mating season and makes the mangrove forest look like Christmas trees. Another captivating experience is to navigate the mangroves of North Queensland, Australia, where the diversity of trees is highest, and you can observe the huge nests of saltwater crocodiles (the largest crocodiles in the world). 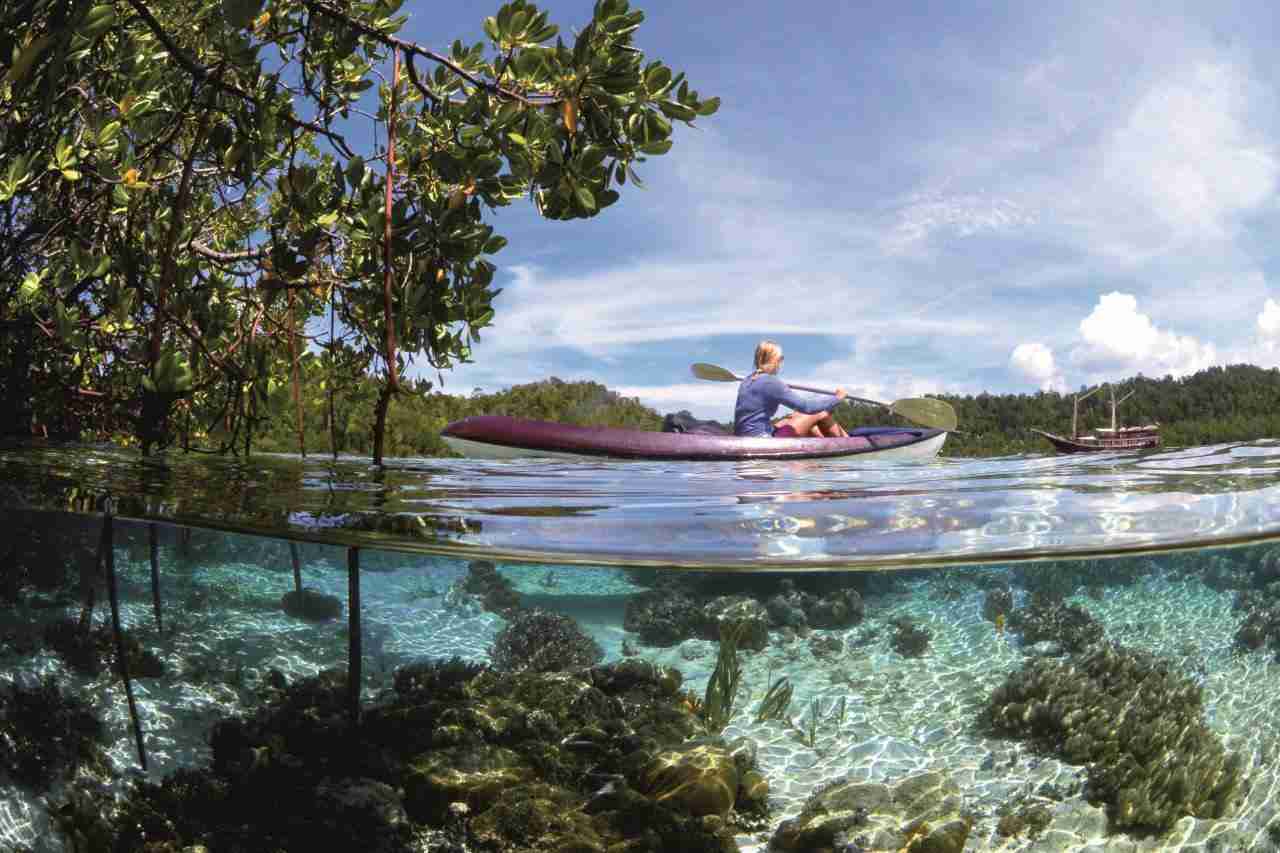 Fiji and New Caledonia also have pristine and unique mangrove forests due to the composition of the rocks.¬†

Thanks to another summer of floods and wildfires, climate change is back in the news. We now know that mangrove forests are one of the few ecosystems that help reduce the concentration of greenhouse gases, making them a critical part of our survival. The most recent findings show that mangroves store carbon at levels unrivalled even by tropical rain forests. Several studies have confirmed these findings. Some investment funds are even interested in finding ways to put money into assets aimed at preserving mangrove areas and get paid for the carbon they store.¬†

But time is short. A recent paper concluded that the natural rate of accretion (how fast mangroves can trap sediments and increase the level of the forest floor) is not fast enough to keep pace with the current speed of sea-level rise, which puts more mangrove forests in danger.¬†¬† 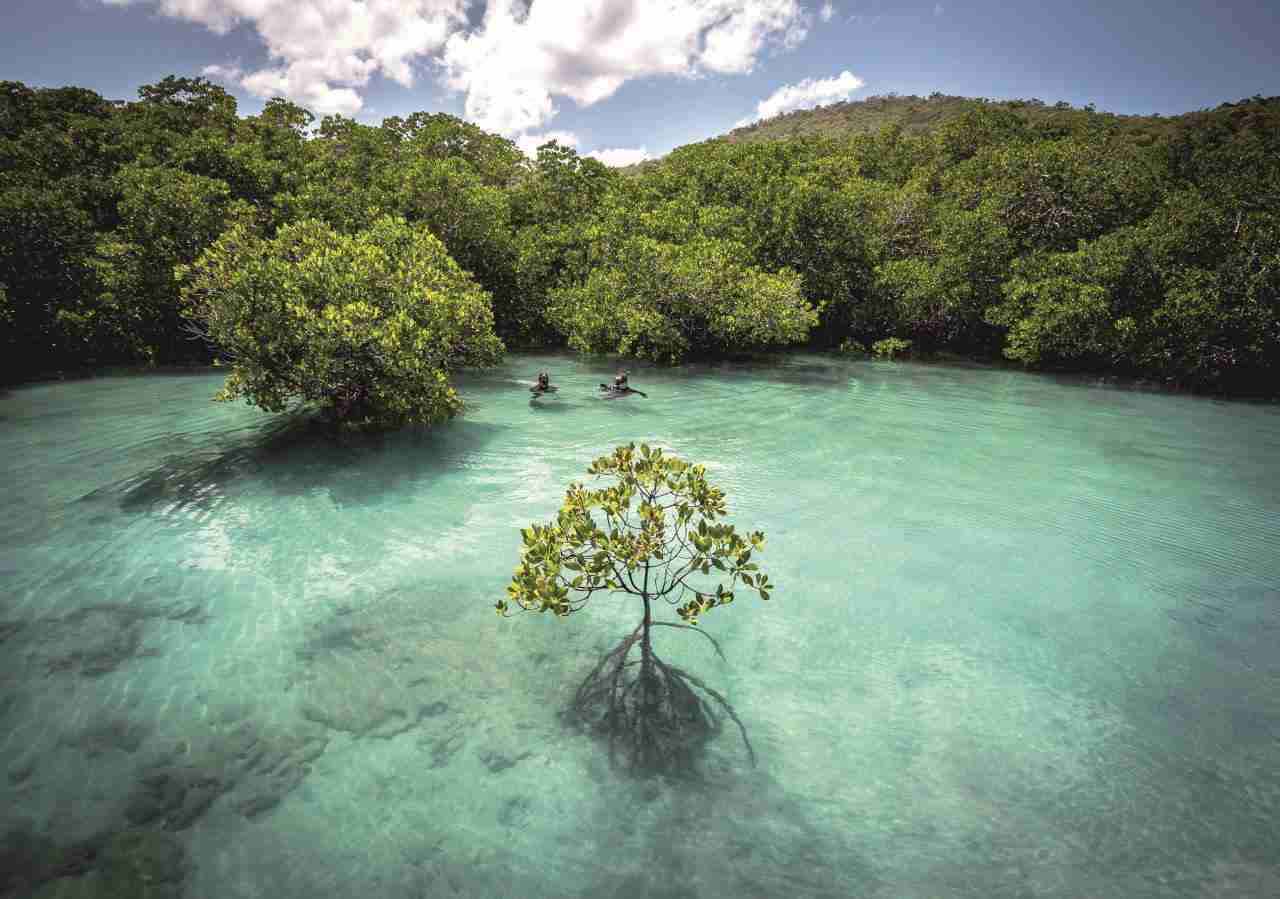 Divers prepare to explore underneath a mangrove forest

Currently, the main driver of mangrove destruction is intensive and unsustainable shrimp farming. Most of the shrimps we eat come from irresponsible farming that destroys hectares of mangrove forests every year. Almost all the mangrove forests in the Philippines are gone for this reason, and most Indonesian ones are threatened.¬†

Consuming responsibly farmed or fished shrimp would help the cause of mangroves. In Hong Kong, I am running a project to assess the impact of plastics in mangroves. We have found that mangroves are a natural trap for plastics, especially single-use plastics such as bottles, bags and food wraps that get tangled in the roots.¬† 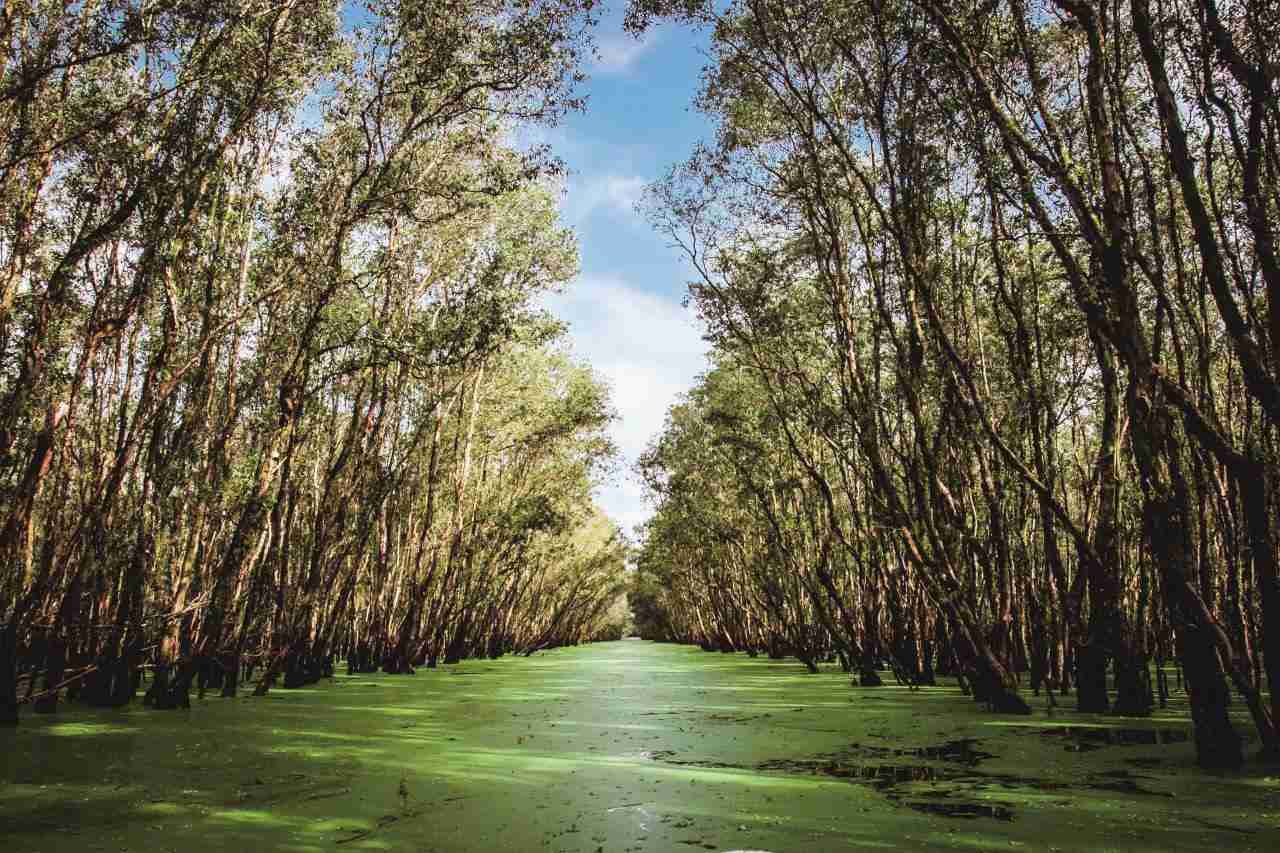 The Tra Su Indigo Forest of Vietnam has become a tourist attraction;

The challenges that face the world’s mangroves are tremendous. But there is growing evidence that mangrove forests can be regenerated. Getting more people to explore these wonders of the coastal realm and become their champions will allow us to help them while there is still time. 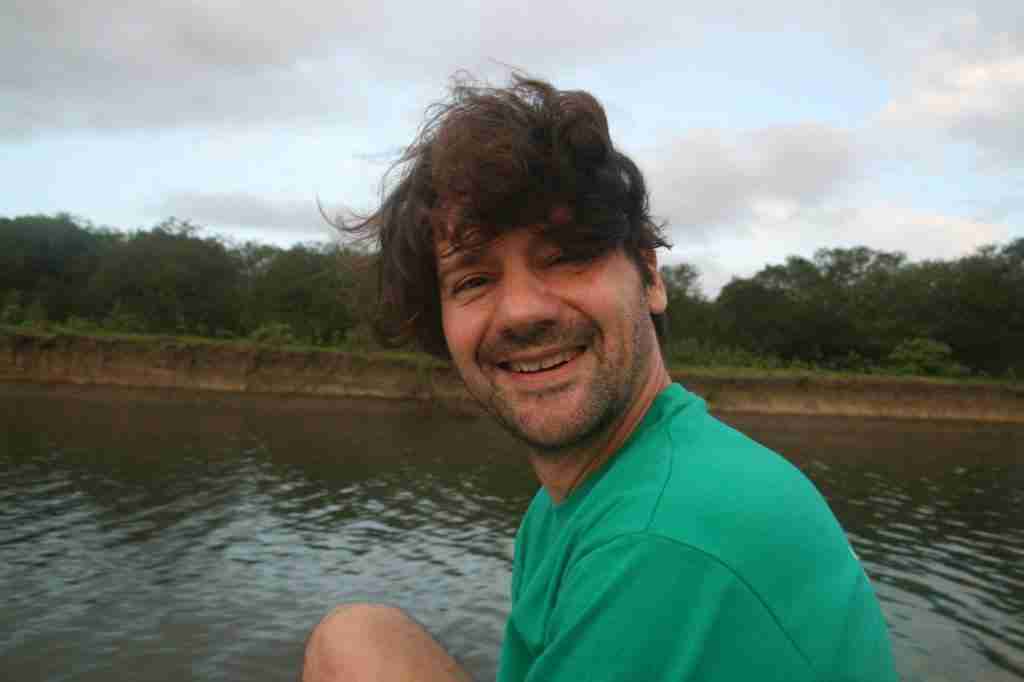 Dr Stefano Cannicci is a world-renowned specialist in mangrove ecology and the evolutionary biology of crabs. He has been studying mangrove fauna in western and eastern Africa, Sri Lanka and Southeast Asia for more than 20 years, in collaboration with prestigious European, Asian and African institutions. He is a founding member of the IUCN SSC Mangrove Specialist Group. Currently, Dr Cannicci is the associate director of The Swire Institute of Marine Science and associate professor in the School of Biological Sciences at The University of Hong Kong.