A sheltered, intertidal cove in eastern Hong Kong has become a focal point in the battle to protect the city's coastal ecosystems. Hong Kong's A Plastic Ocean Foundation is holding up Starfish Bay as a microcosm of the big issues in ocean conservation. The goal is to remind Hongkongers what's at stake in protecting the oceans and to rebuild the city's relationship with sea life. 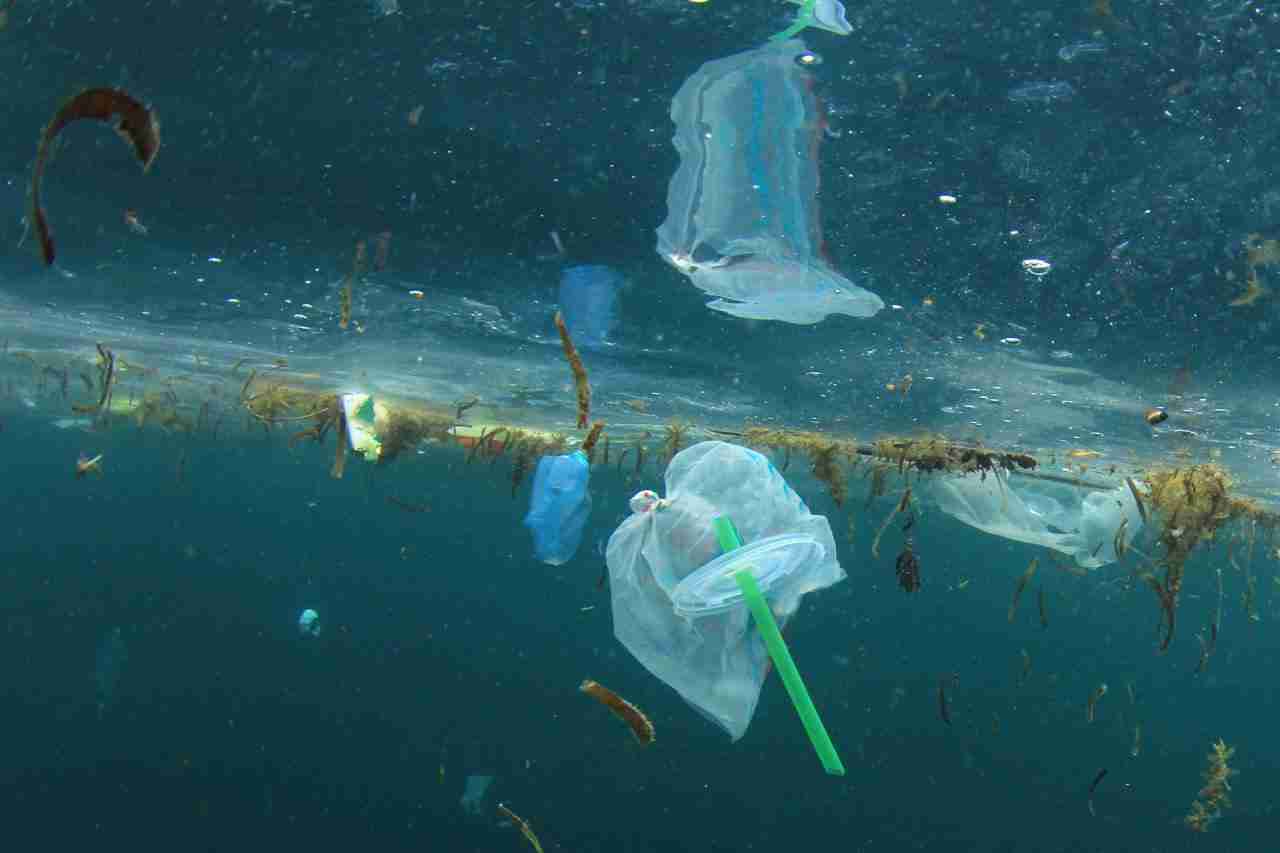 Starfish Bay is one of Hong Kong’s hidden gems. This shallow, horseshoe-shaped bay, just a short walk from Ma On Shan, is an oasis for coastal sea life fringed by mangrove trees and just out of view from huge property developments. “People are left wide-eyed when they arrive here for the first time and find this huge bay hidden between the buildings, because you can’t even see the beach from the street,” says Dr Laura Agusto, marine biologist and senior project manager at A Plastic Ocean Foundation (APOF), the Hong Kong-based charitable organisation behind the award-winning 2016 documentary A Plastic Ocean. Agusto and APOF are halfway through a five-year biodiversity conservation programme aimed at protecting and monitoring the bay. 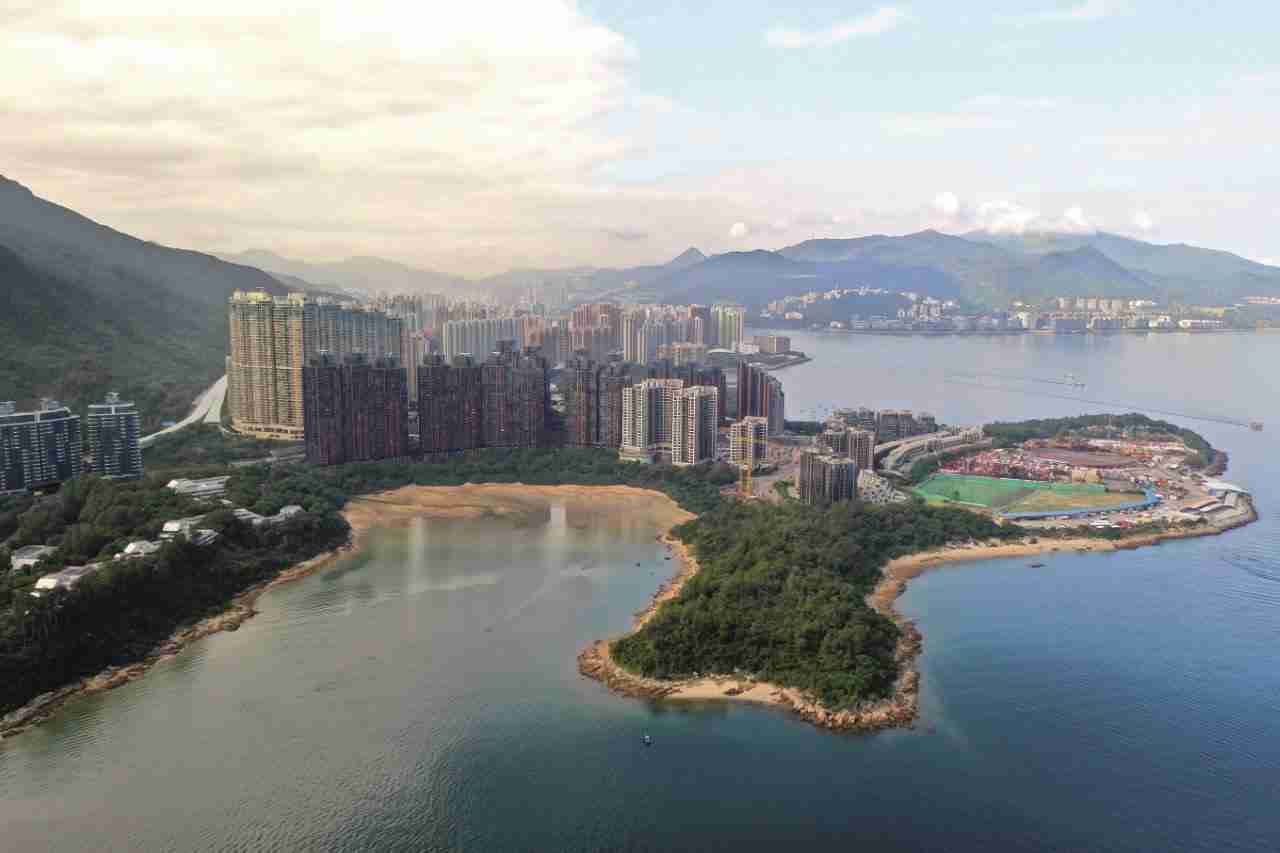 Starfish Bay seen from above

“The geological characteristics mean there are many different habitats you can find in Starfish Bay: countless snails and clams in the sand; rocky shores that hold anemones, octopus, starfish, mussels and whelks,” says Agusto. “There are small mangroves that stabilise the sand, which create mudflats. There are sea urchins, worms, sea slugs and octopuses. My favourites are the soldier crabs, which are blue and move around in packs for protection, just like how fish in the ocean form schools. It’s incredibly diverse.” However, like many biodiverse ecosystems, the bay faces threats from an all-too-familiar cocktail of human activity, including development, plastic pollution, fishing and habitat destruction. 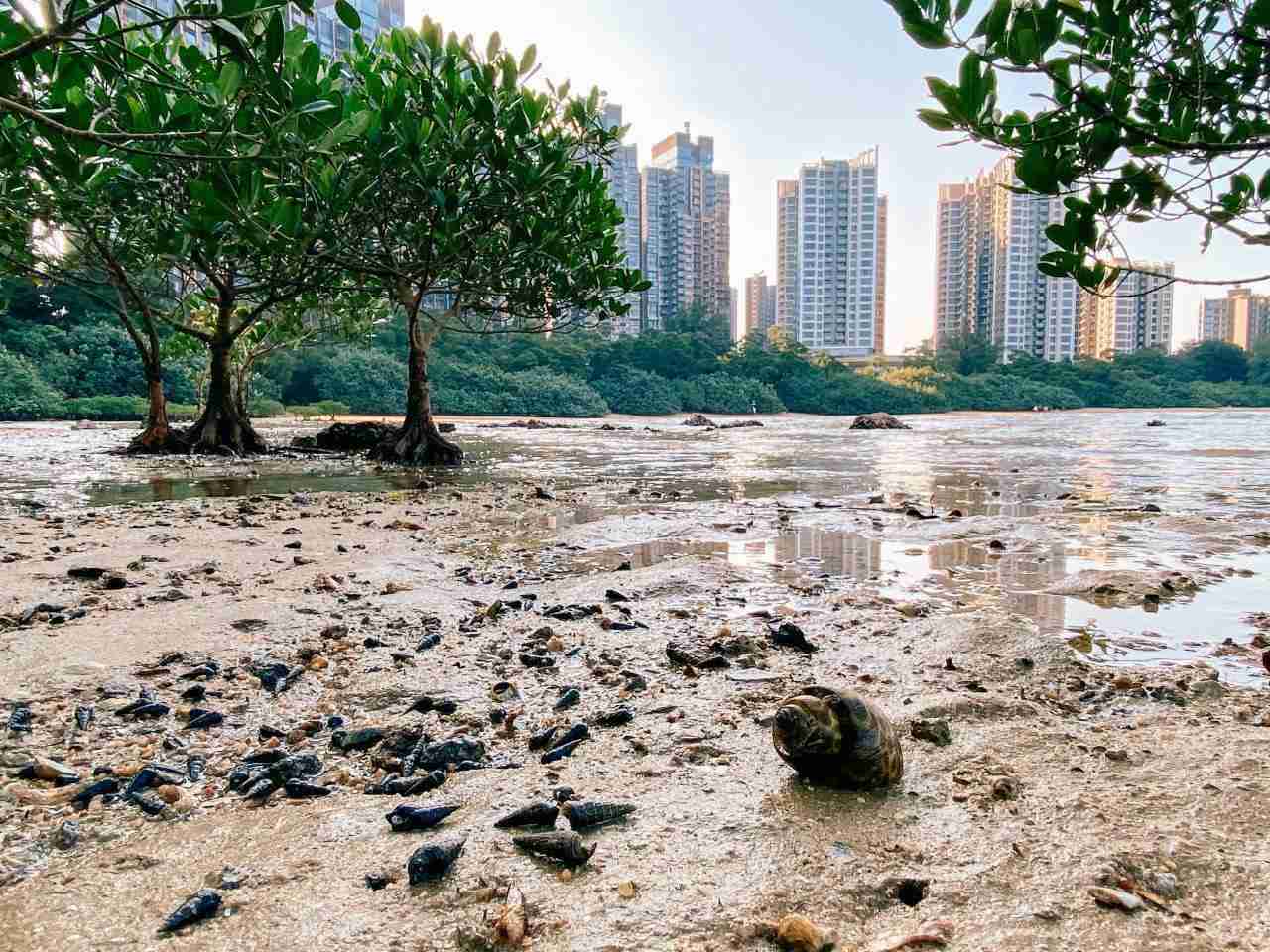 “Human impact affects the soil and direct food sources for the ecosystem,” says Agusto. “For example, a lot of visitors dig around for clams or go fishing in the bay. Campers often disturb or remove the branches and leaves of the treeline. We also see illegal dumping of trash and particularly styrofoam, which is very impactful because it breaks up so small.” People have even been observed using the bay as a private driving range and hitting golf balls out into the ocean, says Willy Kwong, executive director of APOF. “This kind of activity brings a lot of disruption to the ecosystem,” says Kwong. “The other thing that concerns us a lot is the new railway,” he adds. “Starfish Bay is just five minutes from Wu Kai Sha station, which is the eastern terminus of the new Tuen Ma MTR line. It’s bringing a lot more people into the bay, which is detrimental, as well as construction, development of shopping centres and residential buildings springing up nearby.” 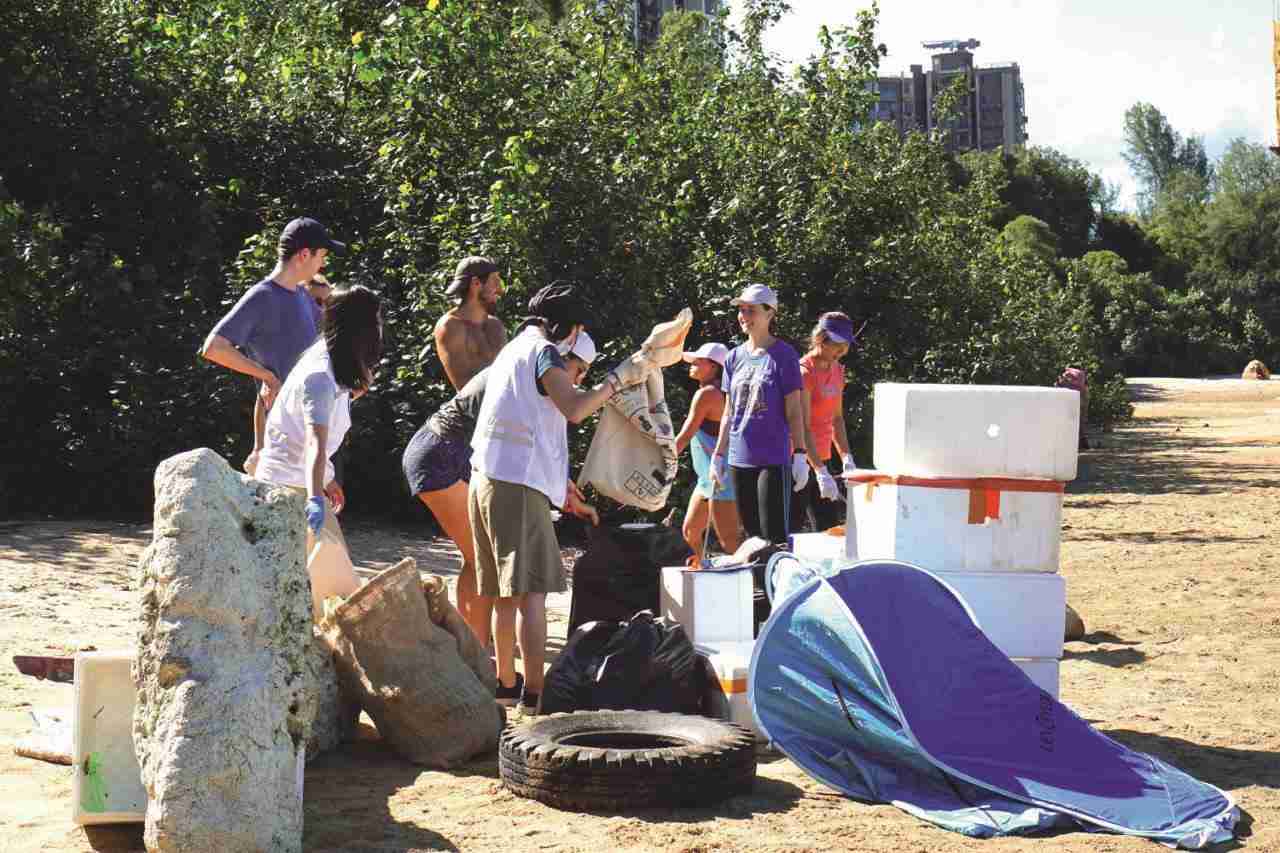 Even the starfish for which the bay was named, the five-limbed sand star (Archaster typicus), are in danger. “There used to be a lot there, but people have been catching them for use in Chinese medicine. There are almost none remaining there now,” he says.

Since 2019, APOF has been devoting resources to protecting and supporting Starfish Bay through education programmes and engaging the community in citizen science. Their five-year conservation plan kicked off by securing funding from the Agriculture, Fisheries and Conservation Department to build a website offering games, quizzes and a virtual biodiversity tour of the bay, aimed at local students. For the second phase of the five-year plan, the foundation is now training and assembling a grassroots team of Starfish Bay Eco-Ambassadors from the neighbouring community, who offer guided tours to help promote responsible ecotourism. The foundation also organises eco-tours and regular beach clean-ups to establish “community ownership” of the area. 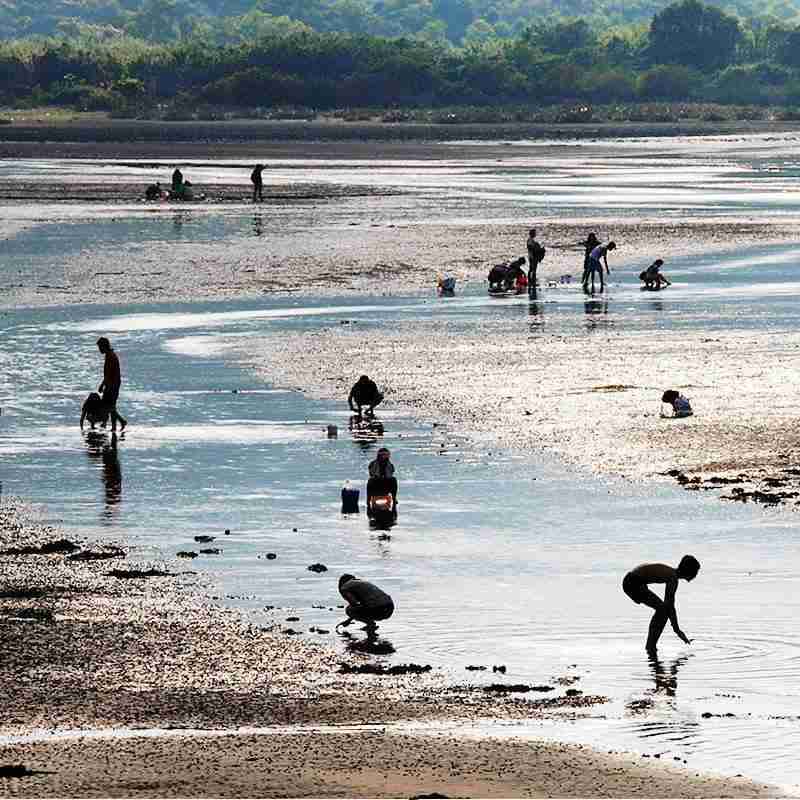 “The beach looks pristine when you first arrive, and when you go for a clean-up, people often ask why we are even there,” says Agusto. “But we go behind the rocks and trees and pull out huge boxes of styrofoam, umbrellas, tents, discarded kayaks. There are low-hanging trees all along the bay, and at high tide plastic gets trapped in the treeline and starts releasing microplastic.” There are vast amounts of packaging materials, Agusto says. “The main plastics found in Hong Kong are packaging – we have a packaging addiction because plastic is perceived as more hygienic. That contributes huge amounts. One important misconception is that plastic takes 450 years to break down altogether, but it won’t. It just becomes microplastic and gets into fish and eventually gets into you.” She adds that boaters can play their part by avoiding single-use water bottles and disposable cups or crockery on board, and be mindful of using eco-friendly sunscreen and boat-cleaning products. “For every boat ride, try to remove a few kilos of shoreline debris. You will definitely find it!” chimes Kwong. 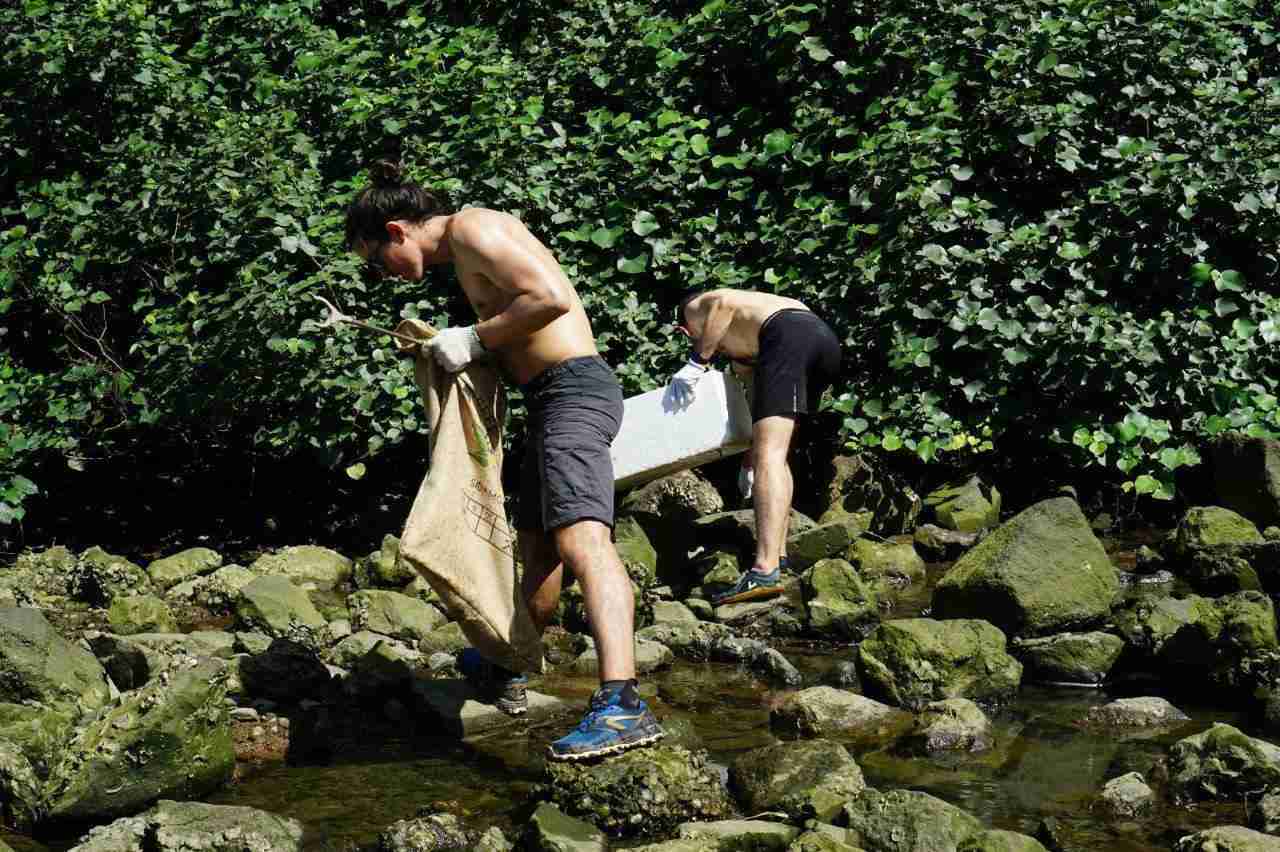 Agusto highlights scientific studies that have drawn different conclusions about where the bulk of Hong Kong’s marine microplastic comes from. Some studies have found more on the west coast, which could indicate debris is washing in from the Pearl River Delta. Other studies have found more to the east, near Tolo Harbour and Starfish Bay, which is semi-enclosed and would indicate that local debris is the primary source of coastal pollution. Some have suggested these contradictory results are caused by seasonal rainfall, causing increased inflow from the Pearl River Delta in the summer months. “Regardless of the source, the amount of microplastics per litre of water in Hong Kong is far above the global average,” says Agusto. “We’re polluted all over.”

Cleaning up, wising up

Starfish Bay exemplifies the catalogue of problems that many coastal ecosystems in Hong Kong face. It has become a flagship project for APOF, which hopes to demonstrate how education, science and advocacy can encourage people to develop a more harmonious relationship with the bay, and the wider natural world. “If you create an appreciation for something, then people are more inclined to protect it,” says Kwong. “Many Hong Kong kids nowadays have never seen a live octopus before – they only see them in the supermarket or a restaurant.” The foundation asks schools to conduct biodiversity surveys, inviting students and their parents to get their hands dirty and record the wildlife they find. 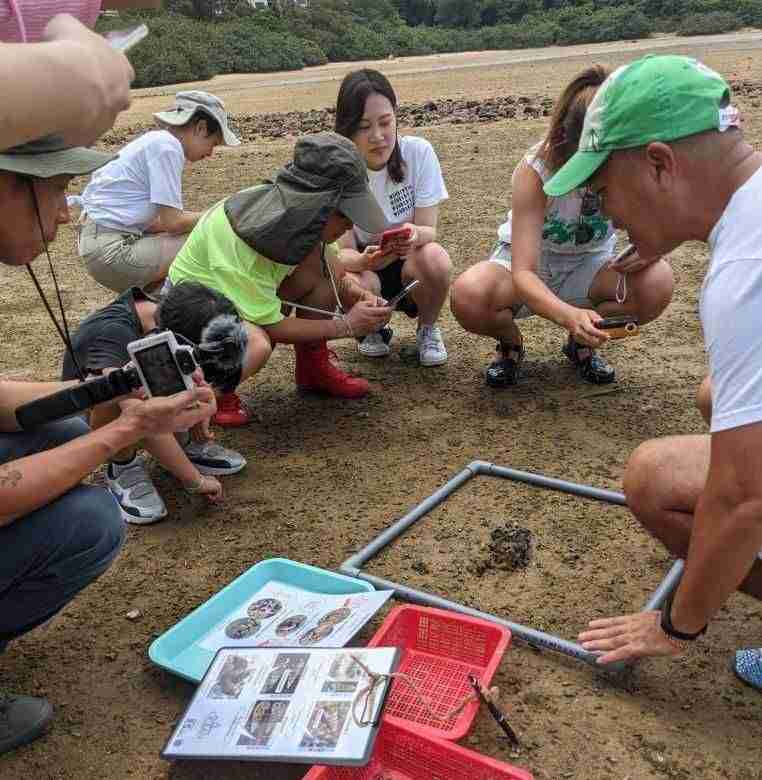 “It’s taken us two years to get to this level, but we now have a team of dedicated young people, adults and retirees to support us on the clean-ups and the biodiversity surveys,” says Kwong. “So we have this citizen’s base established. We are trying our best to bring up awareness, and right now, there are more and more organisations trying to support us and even arranging clean-ups in the area. “The local Chinese media has helped to differentiate what are ‚Äòethical’ activities. No one would have cared before about someone playing golf in the bay, but now, we’re seeing some law enforcers going down there to deal with it. We can see momentum is here. Everyone is working towards a good thing.” The next phase is to try and establish a physical conservation centre at the bay, Kwong adds, “to establish Starfish Bay as an important education point on local biodiversity – not just of the bay but the whole of Hong Kong.” 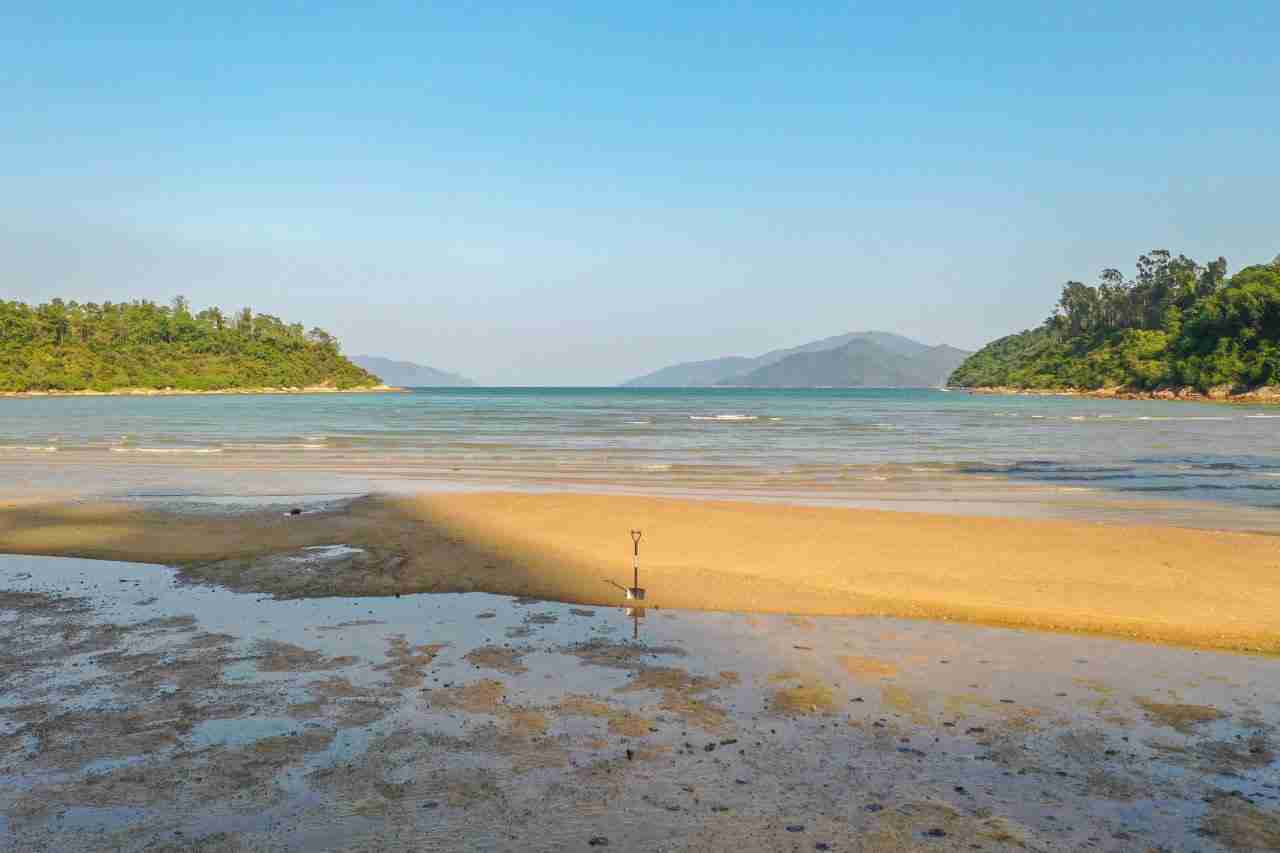 The foundation aims to deploy its newly assembled team of citizen scientists to support other coastal locations in Hong Kong that need intervention, replicating the model that is so far proving successful. “Right now, we are formalising strategies and our training,” says Kwong. There’s always a trade-off when creating awareness of a biodiverse area, says Agusto. “It’s good to create a mindset to protect it. However, if you create more attention, then people will want to visit and can harm it. So you have to be very careful of informing people what to do and what not to do. In our five-year plan, we want to make it a more managed area, to prevent people from digging around too much, not taking things away, perhaps limiting the number of people who can be there at one time or creating a designated path to avoid disturbing the wildlife as much.” 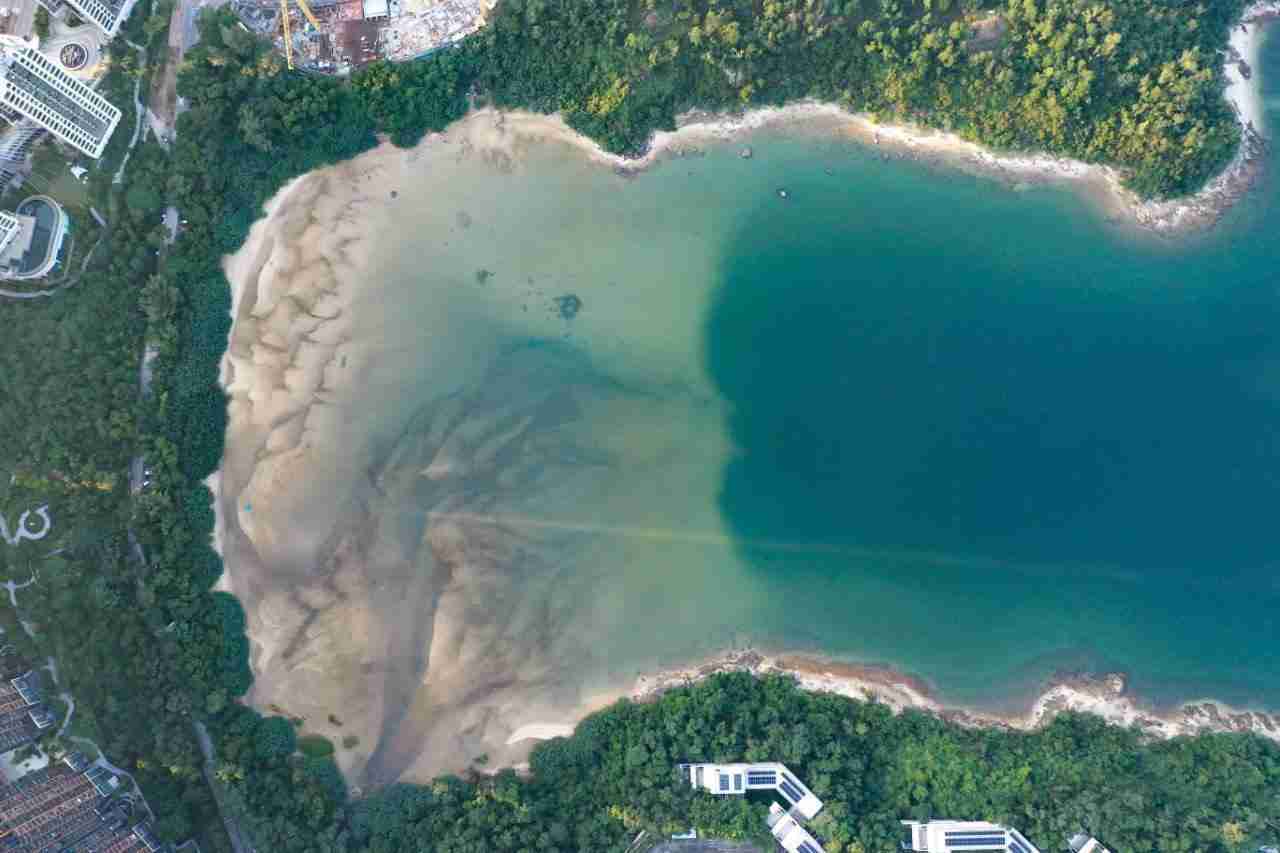 Kwong says that it’s essential to engage the next generation while they are still young. “They are the changemakers of the future. Empower one young person, and you have an exponential reach and legacy,” he says. He adds that one of their main goals is to get youngsters to appreciate the sheer diversity of the world around them. “When we first talk to kids, we ask them to draw a fish, and it is always the same cartoon-like creature,” he says. “But after biodiversity training, if you ask them to draw a fish, they will look up and ask ‘what kind of fish do you want me to draw?’ This is a huge improvement. We’re opening up that dialogue. “The next question is – is this fast enough to save the ocean, to save the planet? Unfortunately, I can’t answer that. But at least the momentum is here.” www.aplasticocean.foundation Explore the bay virtually at www.starfishbay.info