Feeding seaweed to cows can slash their methane production, offering a way to reduce the enormous greenhouse gas emissions from animal agriculture. Sam Elsom, founder of Tasmanian start-up Sea Forest, explains why he left the fashion business for aquaculture, and why seaweed can help tackle the climate crisis 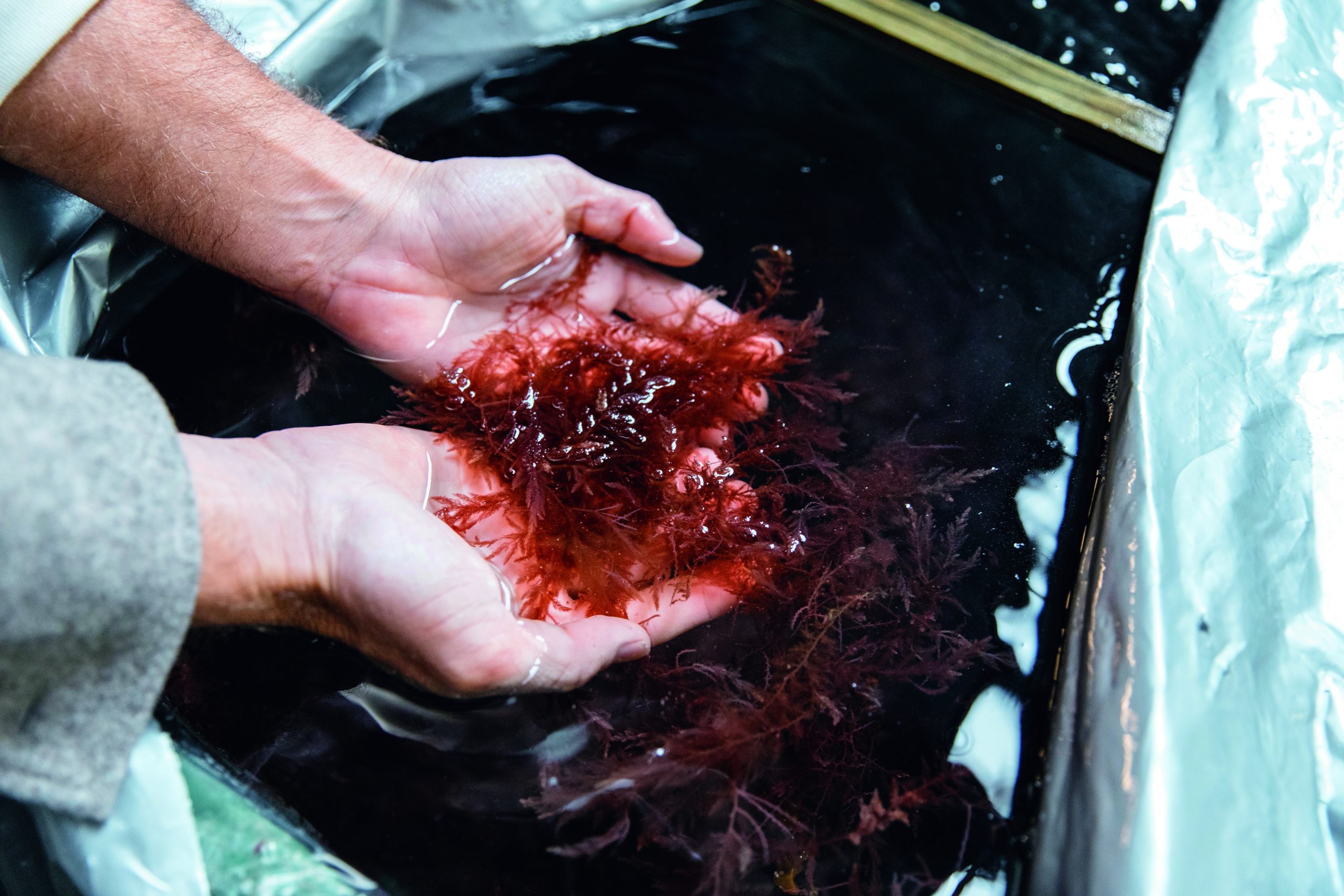 In the tiny, scenic Tasmanian port town Triabunna, population 874, a potential solution to the excess greenhouse gases produced by animal agriculture is being scaled up quickly. Local start-up Sea Forest plans to grow enormous amounts of native seaweed and feed it to livestock, thereby reducing emissions of methane, one of the most potent greenhouse gasses and a major contributor to the ongoing climate crisis.

“We have one of the largest marine leases in the southern hemisphere at 1,800 hectares,” Sea Forest co-founder and CEO Sam Elsom says. “We’ve two land-based facilities with over 660 land-based ponds, a lab and hatchery, all with unlimited access to filtered seawater.”

Sea Forest was founded in 2018 in the Australian island state of Tasmania, where a small red seaweed from the genus Asparagopsis, native to Australia and New Zealand waters, grows abundantly. Australian researchers claim Asparagopsis can reduce methane emissions by up to 98 per cent in ruminant livestock like cows and sheep, when fed as a supplement. It takes only 25 grams of seaweed per day to have this effect – or 0.2 per cent of their diet – but the potential global outcomes are profound. 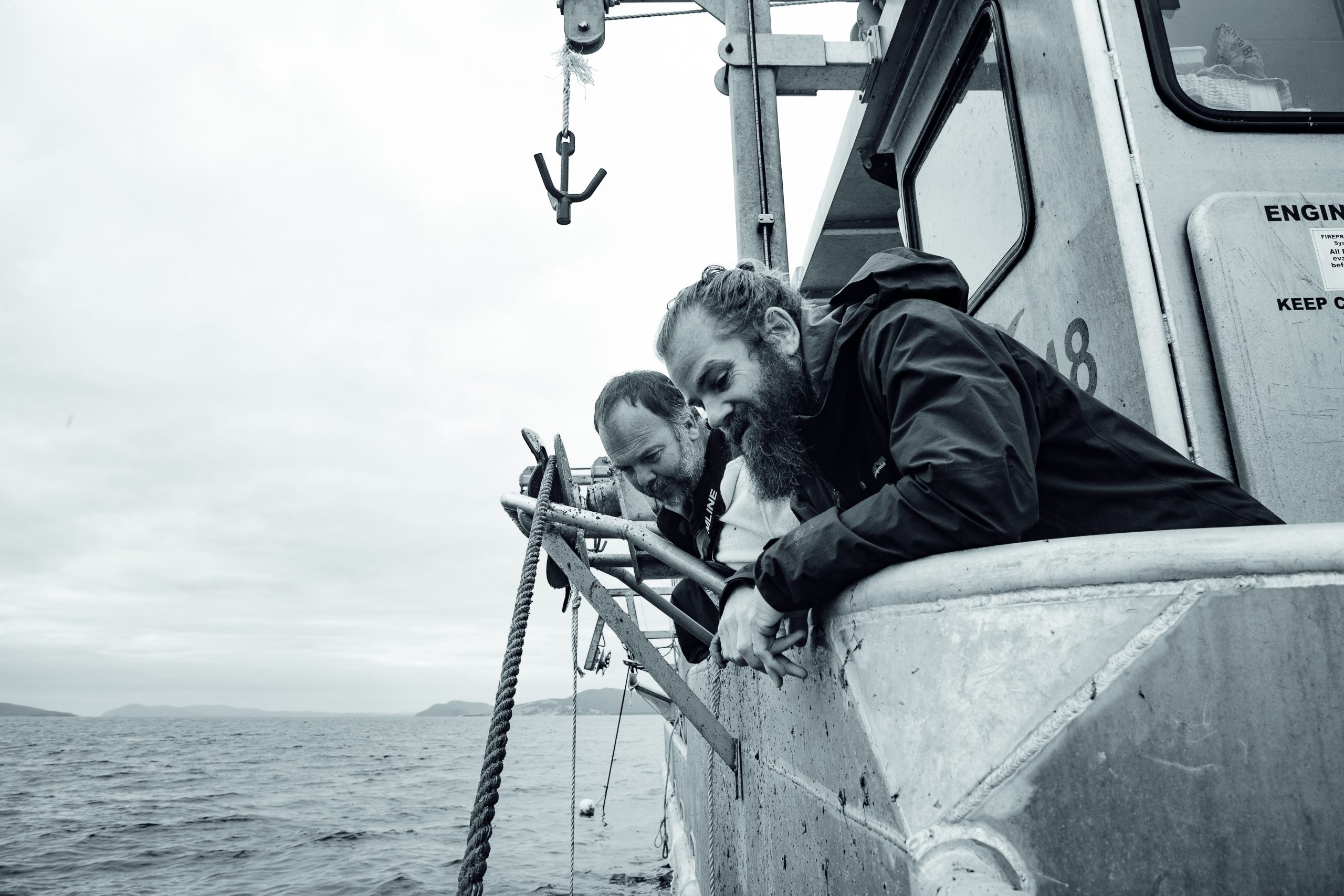 Methane is one of the most potent greenhouse gases, with over 80 times the warming power of carbon dioxide over a 20-year period. Methane emitted by human actions has driven at least 25 per cent of today’s global warming, and agriculture is the largest anthropogenic source of methane, mostly from “enteric fermentation” (gaseous emissions) in livestock.

Methane emissions are rising, and a recent assessment from the United Nations Environment Programme and the Climate and Clean Air Coalition concluded that cutting farming-related methane emissions is a “critical element” of the battle against climate change.

The initial research into the effect of seaweed on livestock was conducted by Australia’s Commonwealth Scientific and Industrial Research Organisation (CSIRO) and James Cook University between 2013-2017. A team of scientists demonstrated the impact Asparagopsis could have when fed to livestock and proved there was no adverse effect on their health or on the flavour of milk produced by cattle.

“But this amazing discovery had one bottleneck: no one knew how to grow it,” says Elsom. “And so, this became our mission.” After 18 months of research and development, the Sea Forest team understood the complex Asparagopsis life cycle and established viable methods for both land and marine-based cultivation of the plant – a feat the company says is a world-first.

“We have one of the largest marine leases in the southern hemisphere at 1,800 hectares” – Sam Elsom

Now, Sea Forest plans to produce 7,000 tonnes of seaweed a year for livestock supporting the meat, wool and dairy industries. There are plans to expand after the company recently received federal government investment of AU$675,000 (US$473,000). The company is currently growing crops for its first large-scale trial with a dairy producer in New Zealand.

“We have been feeding dairy cattle since November 2020, and a flock of merino sheep since June 2020,” says Elsom. “The merino sheep have now been clipped, and we’re making carbon-neutral suits and knits from the wool, which is really exciting.” Between mid-2021 and mid-2022, the company estimates it will have avoided the emission of 400,000 tonnes of CO2e (carbon dioxide equivalent) – equal to removing 100,000 cars from the roads. It will also have captured over 1,600 tonnes of carbon through the cultivation of seaweed.

Elsom worked in the sustainable fashion industry before starting Sea Forest just four years ago. “I’d spent nearly half my life working in fashion, primarily for Elsom, a fashion label I established with a focus on reducing the social and environmental impact of the supply chain,” he says of his transition into aquaculture. “As an environmentalist with an 18-year career in sustainable fashion, I was aware of the global issue of climate change. But I was shocked when, in 2017, the Intergovernmental Panel on Climate Change released a report depicting the exponential rate of change we are expected to experience and is already underway as a result of increasing atmospheric concentration of CO2.” 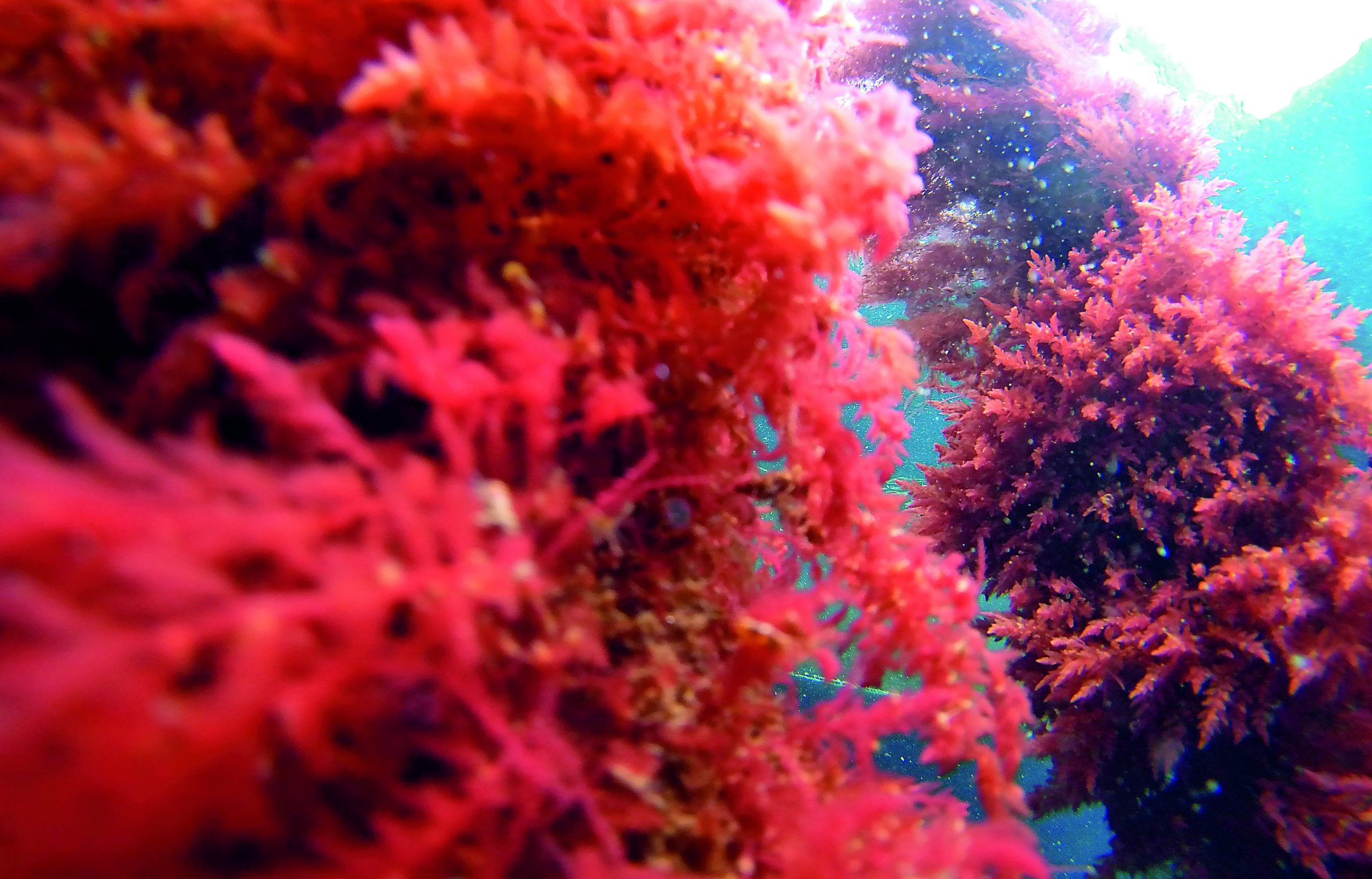 Looking around, I was feeling frustrated by the lack of action from industry and governments to make commitments and change behaviours in line with what the report clearly documented as essential in maintaining our way of life on this planet,” says Elsom. “Sea Forest was born out of the urgent need to act decisively around implementing and scaling solutions to climate change.”

So, in 2018, Elsom and mining entrepreneur Stephen Turner joined forces to cofound the company. “We began on a path with a concept – to pioneer the development of a new and environmentally positive industry using Asparagopsis to capture carbon and reduce emissions,” says Elsom. Elsom says his experience dealing with fickle supply chains has been crucial. “Fashion is also a seasonal business without certainty, and my many years in the industry helped me gain resilience which was tremendously helpful in building Sea Forest, a company built on a concept and a huge investment in R&D,” he adds. 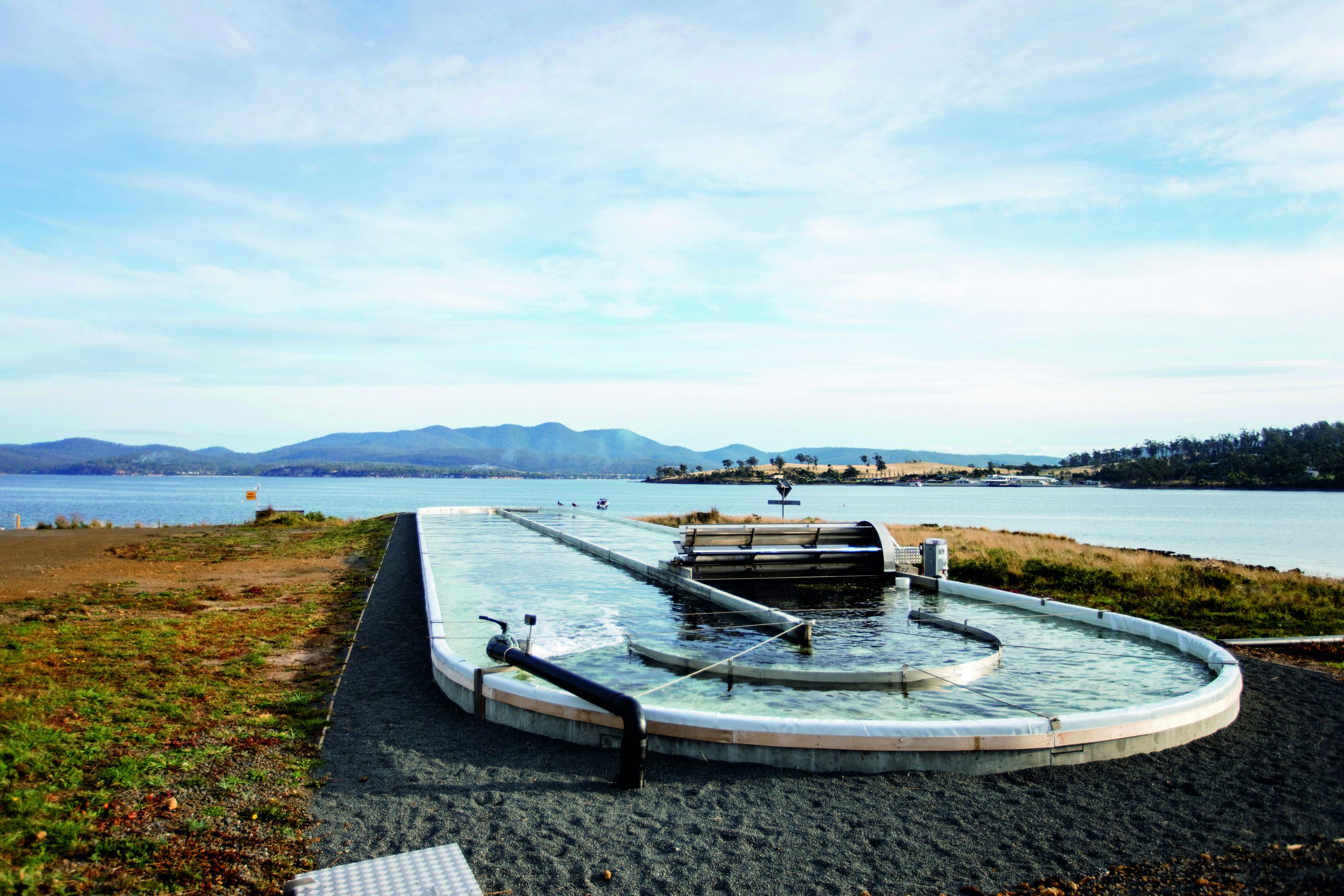 Growing up in Noosa in Queensland, Elsom spent much of his childhood at the beach and in the ocean – something he credits with his interest in the underwater world. “Surfing is still something I love to do, and my children too now share this love,” he says. “I’ve always been in awe of the natural world and the interconnected systems supporting life, but the magic of being underwater on a temperate reef in a seaweed forest is one of the most amazing experiences. There is a whole world underwater we as individuals don’t often interact with, but when we do, it provides a sense of how enormously complex our amazing planet is and, as an apex species, how important it is for us to protect it.”

Australia is one of the most biodiverse places on the planet for seaweed, home to thousands of native species. But Elsom says almost all major commercial seaweed species worldwide are endemic to the oceans of the northern hemisphere.

“We also expect to see farmers accessing carbon credits and a price premium for a climate-positive product. Overall, it’s a positive for the planet and the farmer” – Sam Elsom 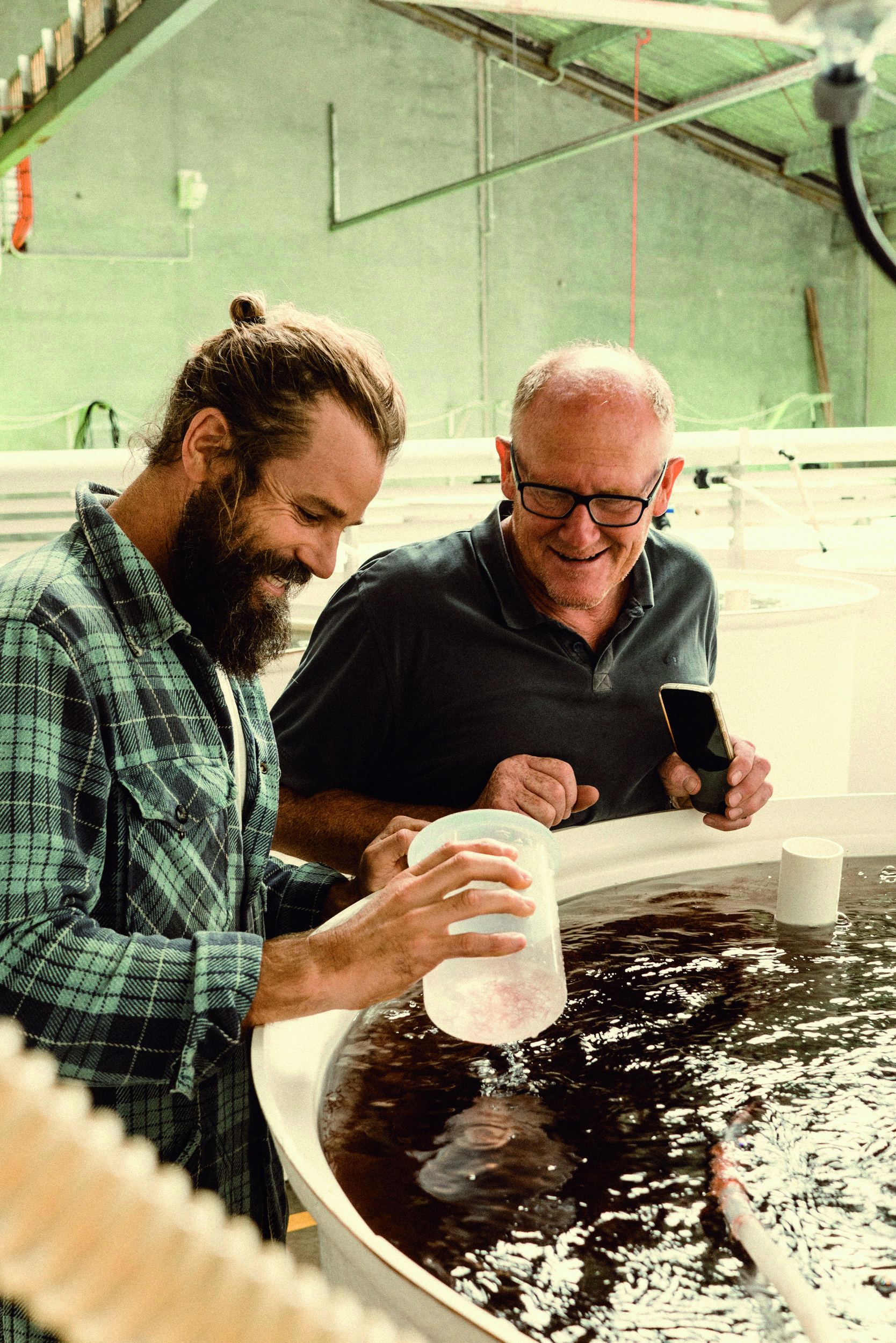 “So the opportunity lies in developing an understanding of the nutritional profiles and multitude of possibilities for Australian native seaweeds,” he says. “Everything from edibles to nutraceuticals [nutrition-laden foodstuff] to livestock feed and fertiliser. In doing this, we are developing an industry and positive planetary impact – as our oceans will benefit from more marine plants producing more oxygen.”

If Sea Forest’s large-scale trials prove a success, the company will be leading the charge for a new, sustainable industry in Australia that is ripe for export. “For farmers, there are several areas of value,” says Elsom. “Firstly, through the use of the seaweed and the resulting methane abatement, livestock have been found to grow faster. Ultimately methane is lost energy – and through preventing this energy from being expelled by the animal, it can help in growth. We also expect to see farmers accessing carbon credits and a price premium for a climate-positive product. Overall, it’s a positive for the planet and the farmer.”

Not content with what they’ve already achieved, Sea Forest is already branching out. The company is now cultivating around eight varieties of native seaweed, Elsom tells us, and is working to restore giant kelp forests in Tasmania. “Around 95 per cent of these habitats have disappeared, and we are working with communities and scientists to bring them back.” 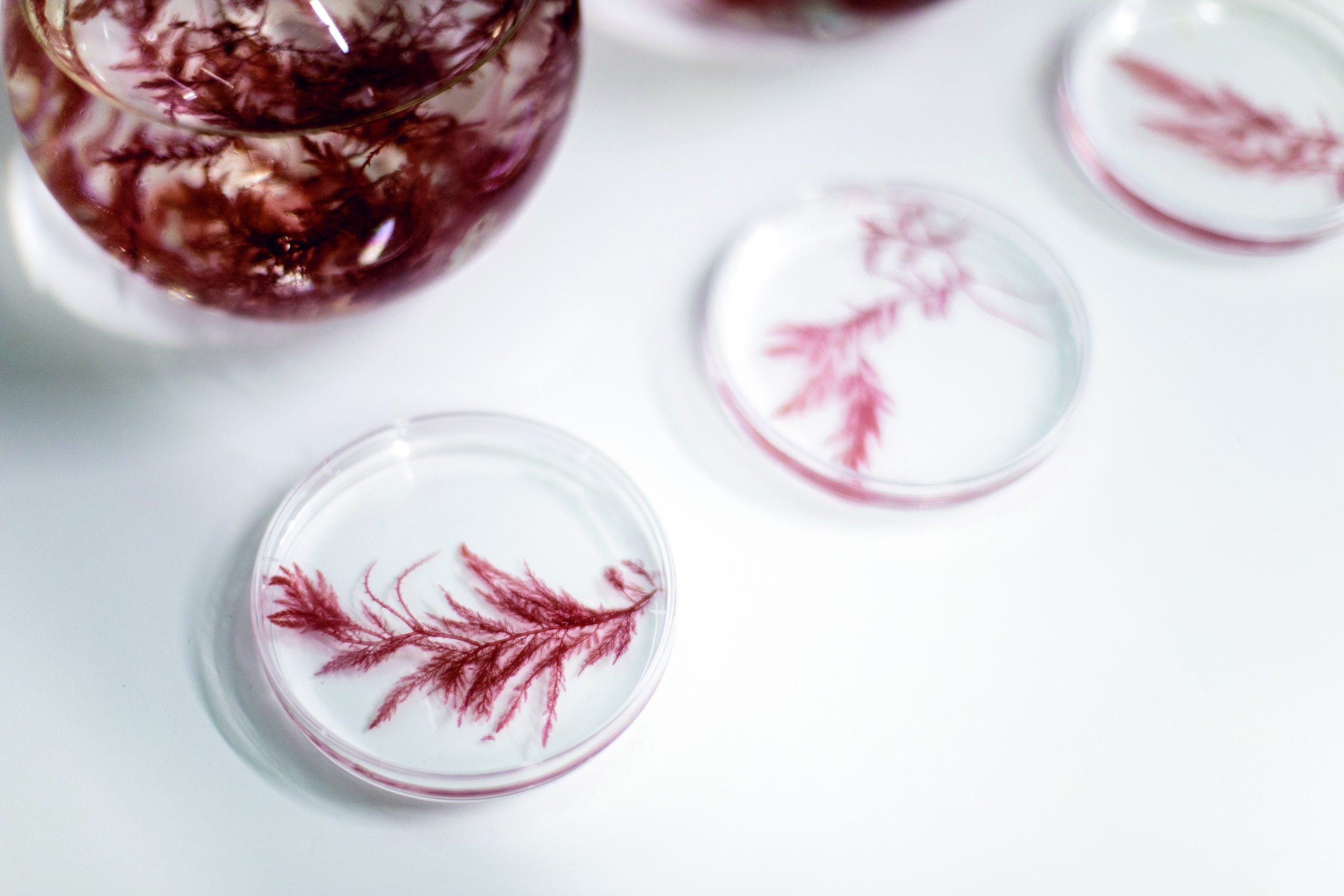 Asparagopsis is a type of red macroalgae

In October 2021, Sea Forest won The Ocean Impact Pitchfest, a competition organised by Sydney-based charity and start-up accelerator Ocean Impact Organisation (OIO) with a first prize worth AU$50,000 in cash plus business support. “It’s a huge boost for the company to be recognised for the important work we are doing using science to drive a natural solution to climate change,” says Elsom of the OIO accolade. “The win brings awareness to Sea Forest and enables us to access a leading advisory team and capital to assist expand our marine farm and our impact on emissions reduction.”

The potential for Asparagopsis to reduce greenhouse gas emissions gives hope that technological solutions to climate change do exist if given enough support. “Sea Forest’s mission is to fight climate change through developing this new environmentally positive industry, capturing carbon through cultivation and having as rapid an impact on emissions reduction as possible,” says Elsom.