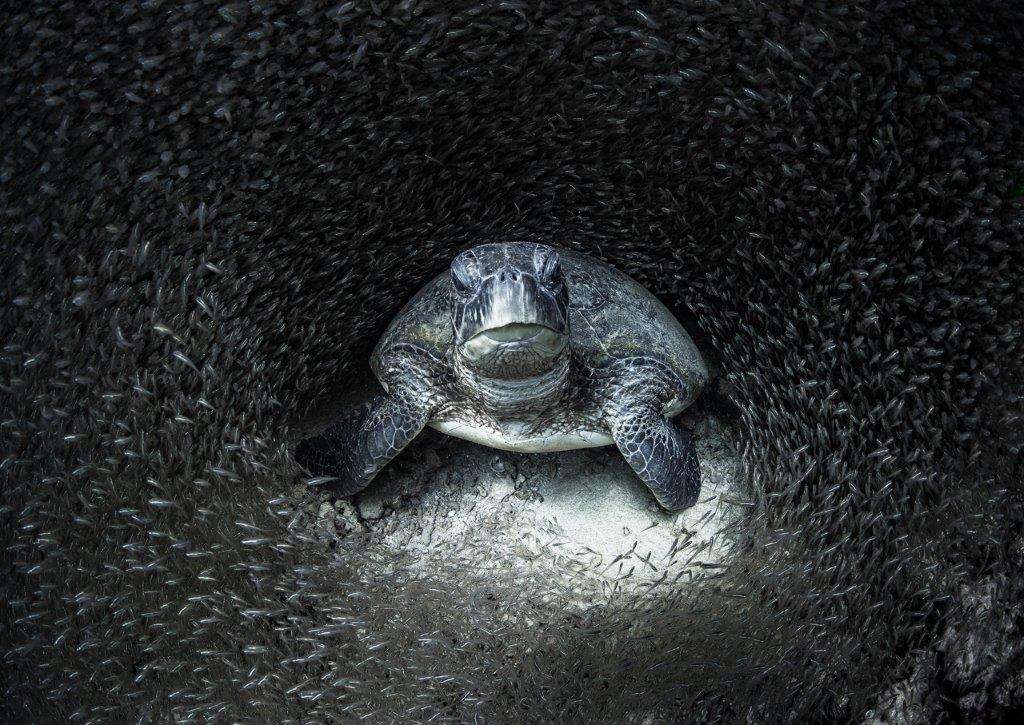 Ningaloo Coast-based photographer Aimee Jan has been announced as the Ocean Photographer of the Year 2021.

Aimee’s striking image of a green sea turtle surrounded by glass fish was captured on the Ningaloo Reef in Western Australia. There were thousands of submissions from around the world, but Jan’s image was a unanimous winner among the seven judges.

“I was out snorkelling when one of my colleagues told me there was a turtle under a ledge in a school of glass fish, about 10 metres down,” says Jan. “When I dived down to look, the fish separated around the turtle perfectly. I said to her: ‘I think I just took the best photo I have ever taken’.”

Second place was awarded to Exeter, UK-based photographer Henley Spiers, who entered a photograph of diving gannets off the Isle of Noss in the Shetland Islands, Scotland. 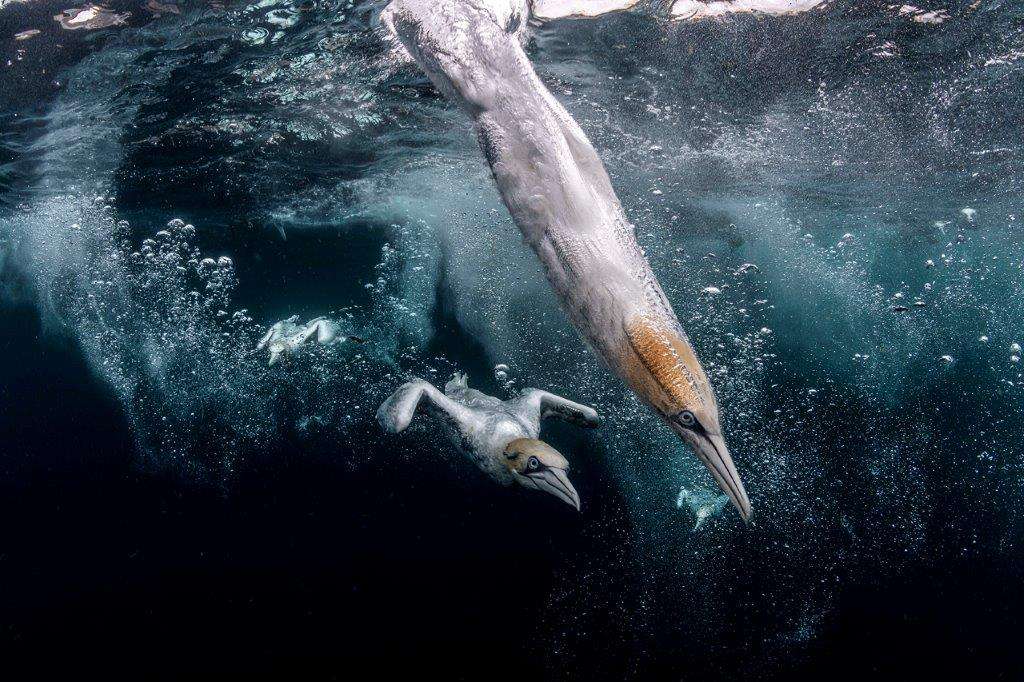 “Diving in amidst the barrage of gannets, I witness the violent synchronicity of these impressive seabirds as they embark on fishing dives,” says Spiers. “They hit the water at 60mph, an impact they can only withstand thanks to specially evolved air sacs in the head and chest. The bird’s agility transfers from air to sea where it also swims with incredible speed.”

In third place is Sydney, Australia-based photographer Matty Smith, with an image of a hawksbill turtle hatchling heading out to sea for the first time in Lissenung Island, Papua New Guinea. 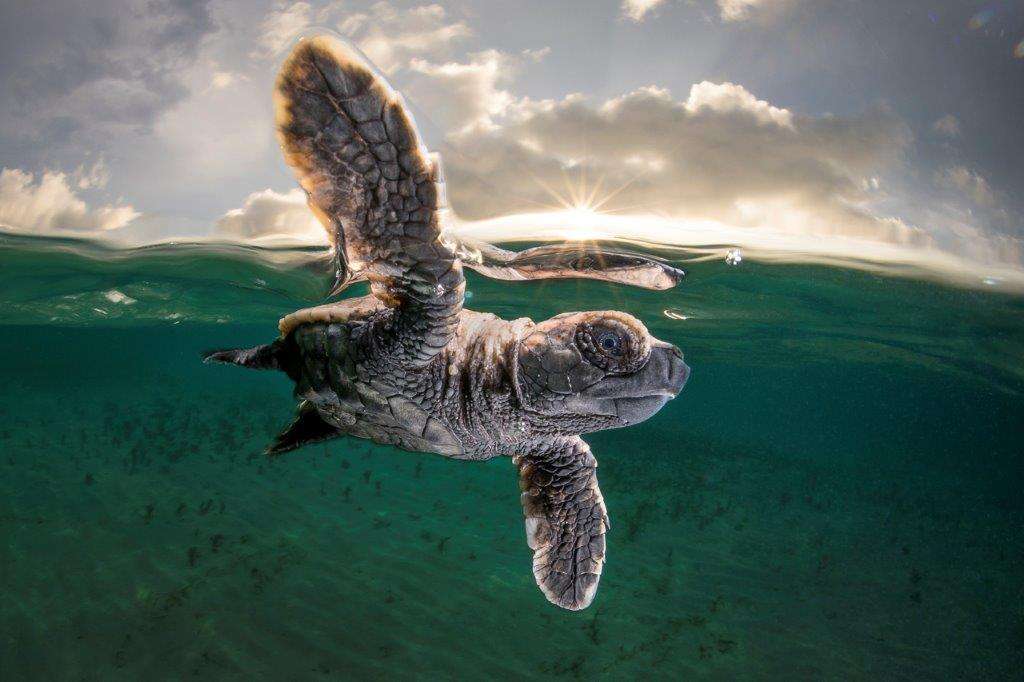 “A hawksbill turtle hatchling just 3.5cm long and a few minutes old takes its first swim,” says Smith. “It had emerged from an egg just minutes earlier with approximately 100 of its siblings. They quickly made their way into the ocean to disperse as rapidly as they could and avoid predation from birds and fish. I had to work quickly for this shot.”

The Ocean Photographer of the Year awards is a competition designed to help draw attention to the beauty of the ocean and the threats it faces. The competition has this year been produced by Oceanographic Magazine in partnership with Blancpain, Britain’s Princess Yachts and Tourism Western Australia, and in support of conservation organisation Sea Legacy.

“We are honoured to have seen outstanding images submitted this year; they are of an incredible standard, capturing some truly exceptional moments,” says Kiran Haslam, Chief Marketing Officer at Princess Yachts. The images submitted in this year’s OPA, without doubt, poignantly highlight the fact that the most important thing we can do right now is to act quickly to protect our planet and our ocean.” 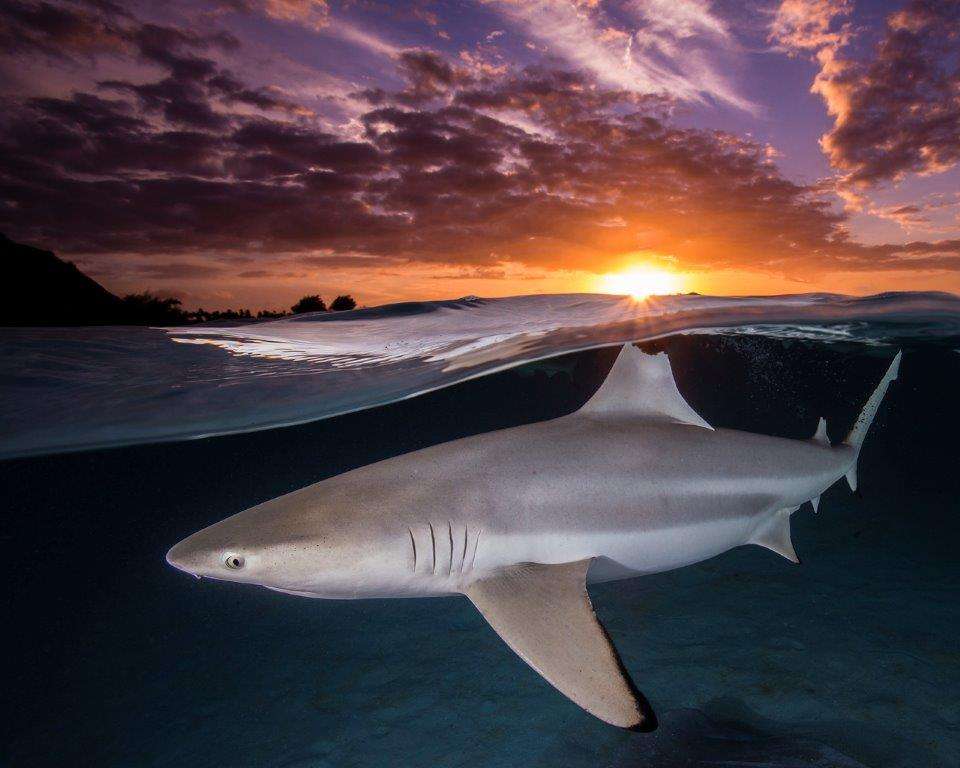 This year has the awards has introduced the Female Fifty Fathoms Award, a new nomination category designed to celebrate inspiring women in ocean photography. The inaugural winner is LA-based photographer and biology teacher Renee Capozzola, who was selected for her portfolio of work.

One striking image by Capozzola shows a lone blacktip reef shark, which lines up its dorsal fin with the setting sun in Moorea, French Polynesia. “This over-under image was achieved by using a wide-angle lens, a large dome port and strobe flash to illuminate the underwater portion of the picture,” says Capozzola. “Sharks are plentiful in French Polynesia due to their strong legal protections and are a sign of a healthy marine ecosystem.” 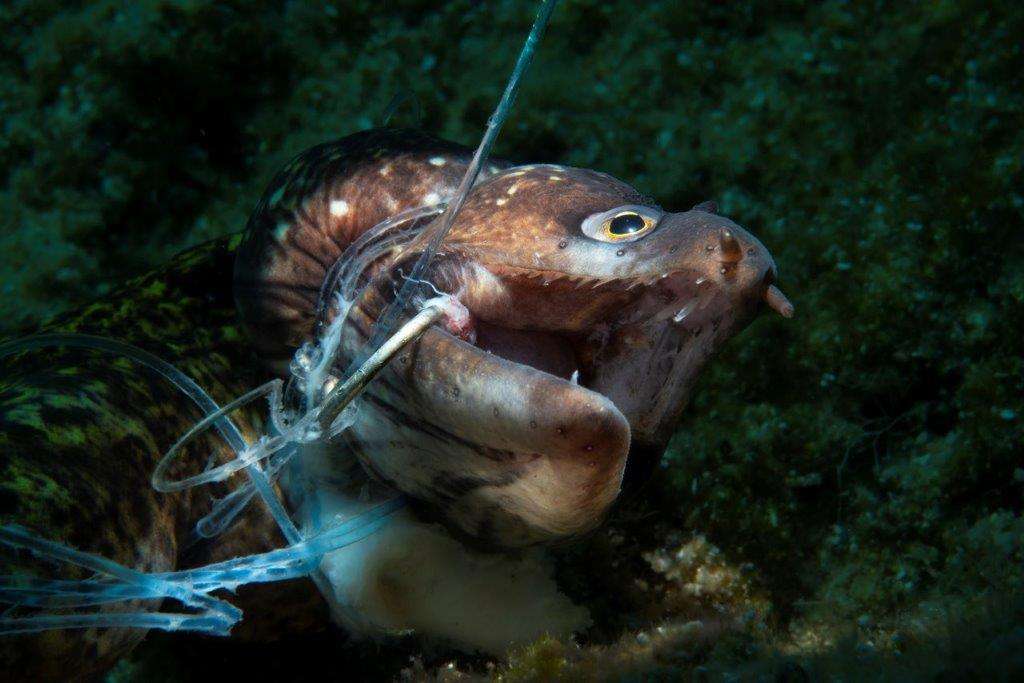 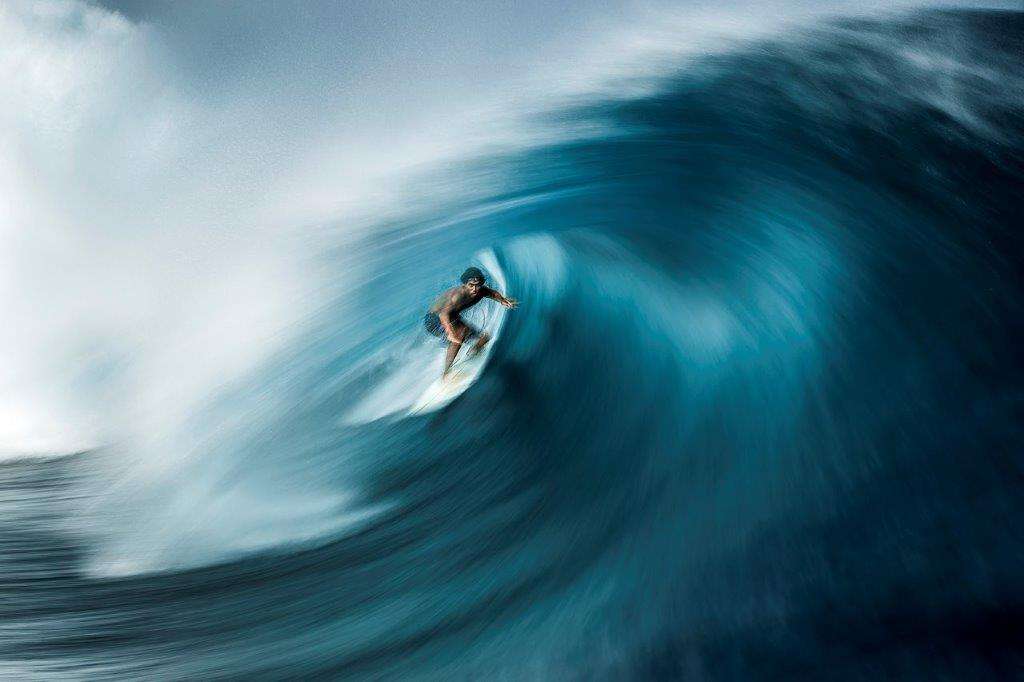 Blancpain president and CEO Marc Hayek says the awards helped shine a light on some of the perils the ocean is facing: “As a keen scuba diver and underwater photographer, I appreciate what it takes to capture extraordinary photographs of the ocean: passion, skill and commitment to your craft,” he says. “The finalists of the Ocean Photography Awards 2021 display those assets in abundance. Their images reveal the ocean for what it is – or at least what it should be – a place full of life, colour and wonder. They also remind us of the injustices we are inflicting upon it. What a powerful collection of photographs.” 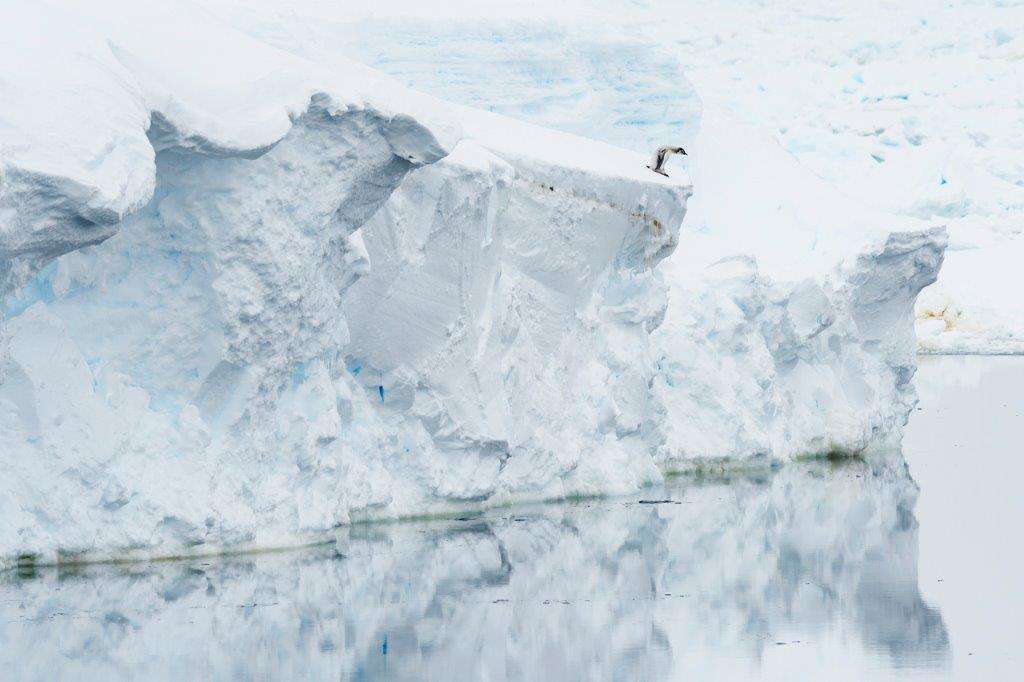 The photos are being featured in a free, outdoor public exhibition along the River Thames in London, on the Queen’s Walk near Tower Bridge. It runs until October 17.