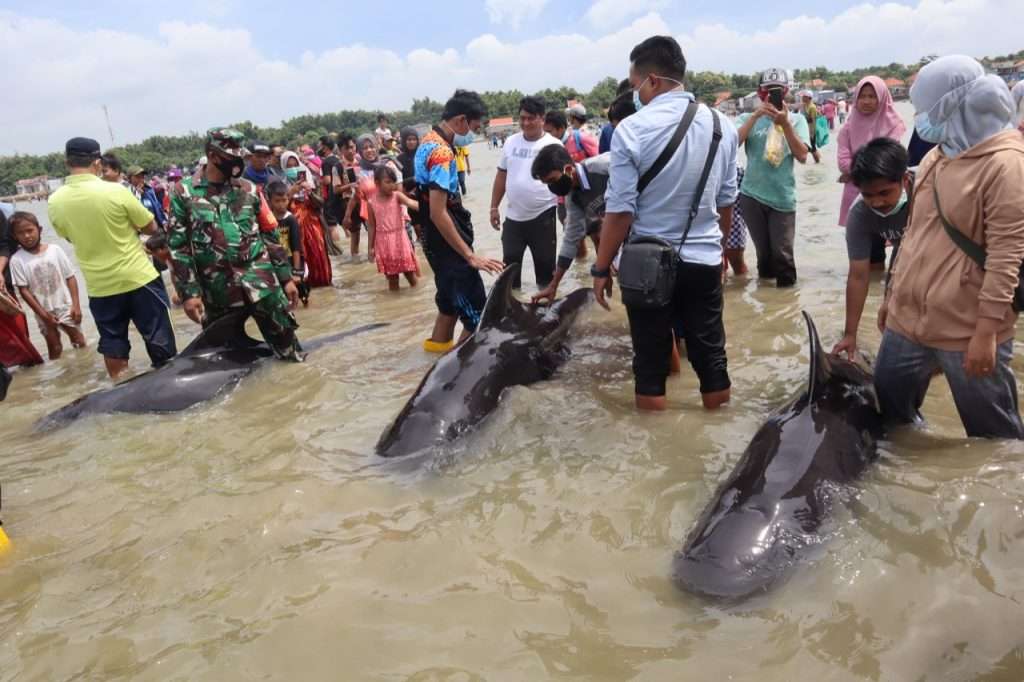 When Dr Putu Liza Mustika, nicknamed Icha, earned her doctorate in marine biology from James Cook University in Australia in 2011, she might have hoped that she would spend all her time teaching or discovering new things about her beloved cetaceans. Instead, she has become a key figure in the fight to save beached whales and dolphins in her homeland of Indonesia.

Mustika began collecting information on beached whales and dolphins in 2004. In 2012, after a mass stranding of pilot whales, she and her team of fellow volunteers at Whales Stranding Indonesia (WSI) compiled their database of national stranding events and placed it online, encouraging others across the country to collaborate.

The following year, WSI began to ramp up its reporting of stranding (their website is in Indonesian and English), in partnership with the Indonesian government and other NGOs.

“Our numbers are still lower than a country like the US, which has a similar coastal length,” says Mustika. “Indonesia has isolated islands, and these cases are not reported. Our numbers could be higher. We are just starting to see the real trend.”

By looking at strandings on a spatial map, Mustika hopes to flag areas of high stranding occurrence and do more training for first responders and veterinarians in those locations. She also hopes to examine “blank spots” on the map to determine if there are indeed no strandings, or if the reporting is just not being done. Finally, she and her team are trying to determine if any correlated events occur with strandings.

Maybe preventing stranding is too far-fetched for now, but hopefully, we can understand why certain areas are more prone to strandings than other areas 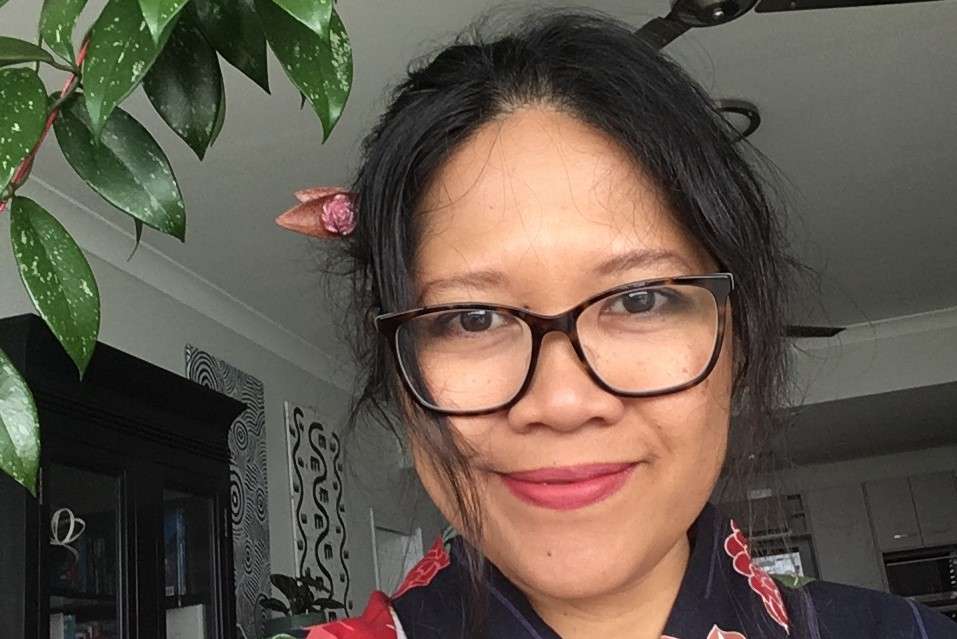 “Maybe preventing stranding is too far-fetched for now, but hopefully, we can understand why certain areas are more prone to strandings than other areas,” she says.

The stranding of cetaceans has always been observed as a natural phenomenon. Scientists suspect that strandings may occur when whales and dolphins, which use echolocation, become confused near sandy beaches, as the sloping underwater sandbanks don’t reflect their sonar well.

“Stranding used to be nature-driven, (but) now it has a lot of human footprints,” Mustika says. “That is why we need to be concerned. Cetaceans are like the sentinels of the seas, the guardians. If they fall, our castle is in danger, and our castle is the ocean.”

She points to plastics in the ocean as a major cause. In one instance, after a stranded whale died in Indonesia, it was cut open and five kilograms of plastics, including flip flops, were pulled out.

Whales and dolphins with plastics in their digestive systems will be unable to digest properly, weakening them and making them more vulnerable to stranding. Water pollution and entanglements in fishing gear and nets can all have the same effect.

Finally, there is ocean noise, which could be devastating to creatures that rely on their hearing for survival. Mustika says that yachts aren’t really a concern, as most yacht owners want to see dolphins and whales and will slow or stop their engines when a pod is nearby. But commercial vessels, mining operations impacting the sea, and naval operations from submarines are a greater issue.

In May 2000, a mass stranding of beaked whales in the Bahamas occurred at the same time as naval exercises were taking place nearby. The dead whales were examined and found to have internal bleeding around the inner ear, suggesting enormous acoustic trauma.

The other of Mustika’s great challenges is recruiting the local people living in places where strandings occur. It is critical to train villagers in Indonesia’s remote islands to deal with stranding.

It is a grim task. The sight of a pod of whales or dolphins stranded on the shore, breathing their last, is heartbreaking for some. For a few, it is a source of food. For many, it is an occasion to snap a selfie, to Mustika’s great annoyance. Stranded whales and dolphins are already severely stressed – marine mammal rescuers compare it to the experience of being in a bad car accident. The presence of crowds of onlookers only adds to that stress.

“We at Whales Stranding Indonesia have collaborated to rescue whales in Indonesia, and to make people understand why we save them, and also the correct way to rescue these animals,” says Mustika.

The Whale Stranding Indonesia website has information about dos and don’ts in Indonesian, and Mustika sees education as a key component of her work.

Mustika says that many villagers want to help but simply don’t know how. Pulling on the fin or the tail of a cetacean to drag it back to the water can easily hurt the creature, causing it to beach again. Some have tried pouring water into the blowhole in an attempt to help, drowning the animal while it is on the beach.

There is also the problem of size. An adult male sperm whale can easily weigh over 40 tonnes, making stranding of large whales a challenge beyond the means of most villagers, no matter how well-meaning. In 2017, in Aceh, 10 sperm whales became stranded and local villagers were left to heave the whales out by hand, often pulling on tails and fins.

“This is why we need more training. We help the government to train people, but we don’t train enough. It’s getting better, but it’s not enough,” Mustika says. But even countries like Australia and the US, where knowledge of the issue is more widespread, still have trouble freeing the largest stranded whales.

I think dolphins and whales are very sociable and smart. I think we humans are overrated. You can quote me on that 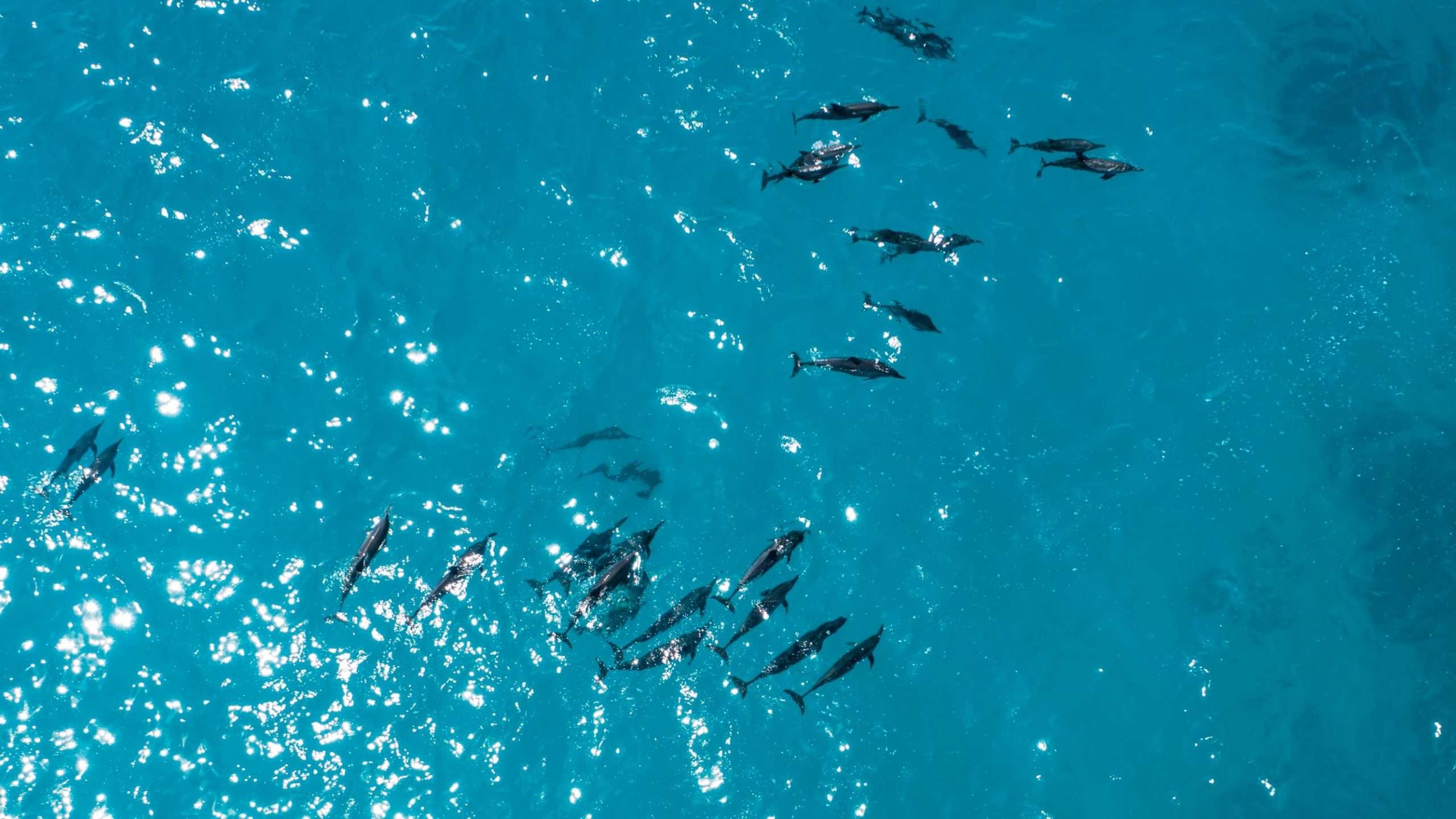 Another issue in Indonesia is the lack of qualified vets to do proper necropsies once the creature is dead, which means the cause of death may not be properly identified.

Since 2013, Mustika and her organisation have been trying to get a simple, four-digit hotline established for villagers to report stranding and call for help.

Mustika and her team maintain their database out of their own pockets and offer assistance during stranding events. She is working on a cetacean rescue training curriculum and wants her organisation to become the “trainer of trainers” to help with documentation and rescue.

“We are going on anyway without donations. If we have money, we can migrate to a more robust database.” Mustika, who has been fascinated by whales and dolphins since she was in high school, is unlikely to give up her quest to save the dolphins and whales of Indonesia.

“I think dolphins and whales are very sociable and smart. I think we humans are overrated. You can quote me on that.”