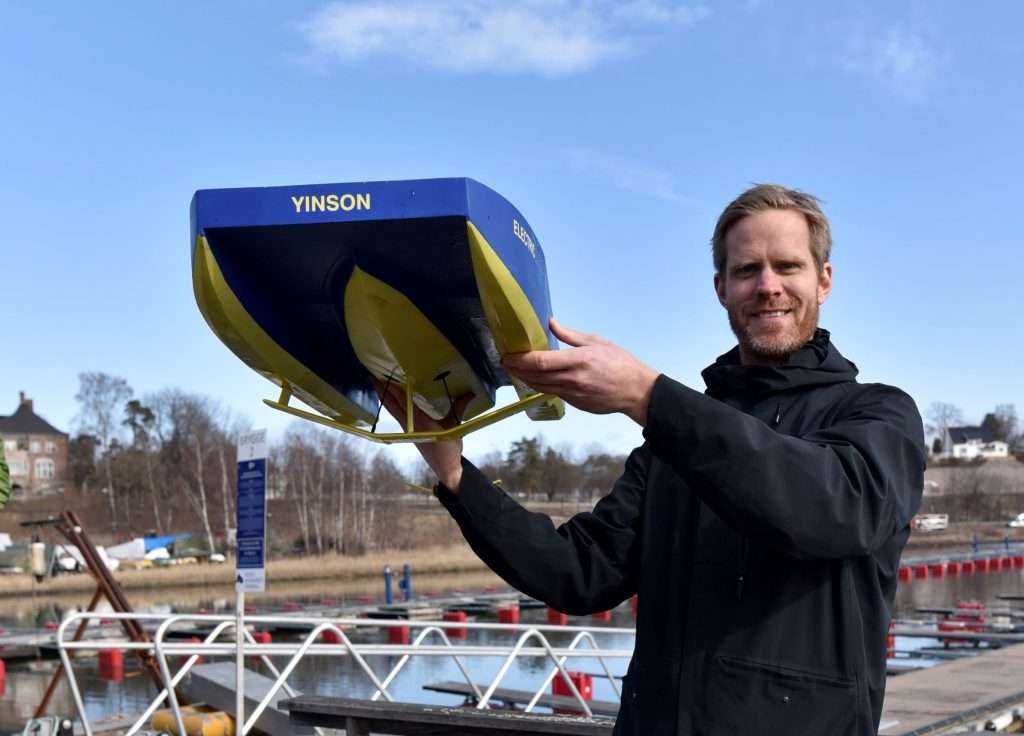 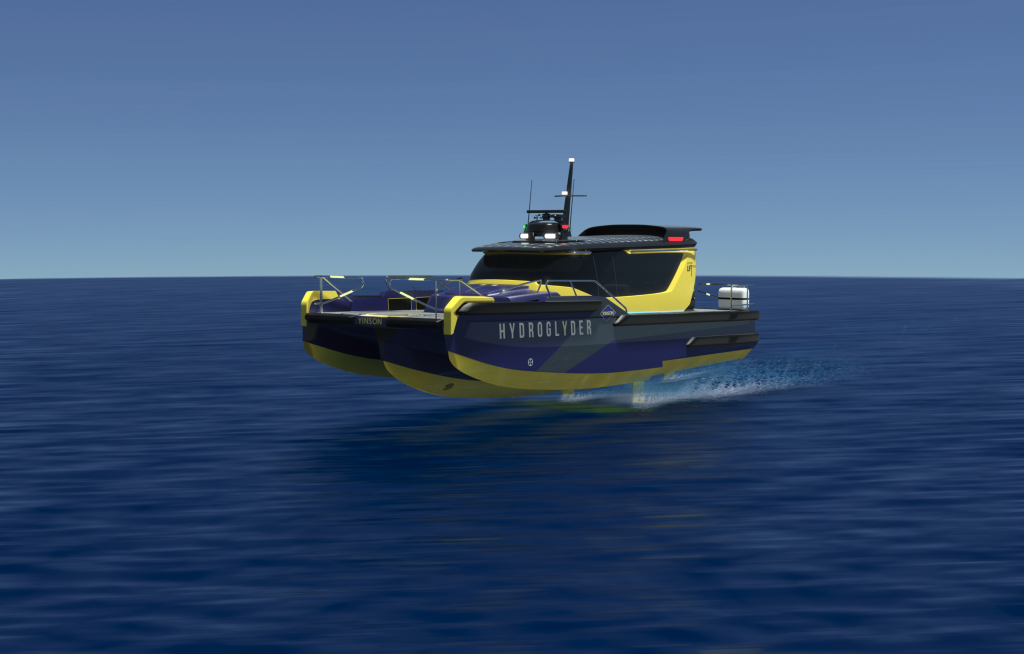 The Hydroglyder concept developed for the port of Singapore

Together with Yinson, Lift Ocean has developed a foiling concept for a 12-metre, all-electric boat that flies out of the water and can carry 12 people at a cruising speed of 20 to 25 knots. The company says first boat will be a harbour craft in the Port of Singapore. The original concept developed by Lift Ocean uses twin L-shaped hydrofoils placed amidships for lift, while electric engines drive a pod propeller system in a third foil, allowing the boat to completely fly above the water while underway.

Yinson, whose main businesses are in the offshore oil and gas industry, officially launched its Green Technologies division at the Singapore Maritime Week.

“Yinson’s Green Technologies Division is headquartered in Singapore – home to the second busiest port in the world. As a socially responsible business, our primary focus lies in driving decarbonisation efforts within the region’s maritime segment,” said Yinson Group Executive Vice President, New Ventures and Technology, Eirik Barclay. He added that the team was also investing into clean energy initiatives within the transport and energy business segments.

“Hydrofoils are a key enabling technology in developing zero-emission mobility at sea. The technology allows for long range and increased comfort while eliminating the disturbances from the wake of the vessel. Meanwhile, operating costs are reduced significantly,” said Barclay.

“Asia in particular is a very exciting market right now and a lot is happening in passenger transport and increased use of waterways. Together with Yinson, we are now developing a full-scale prototype that will be ready to hit the water soon. This will be very valuable for developing the technology and the company further”, said founder and CEO Petter Mørland Pedersen of Lift Ocean.

Pedersen told Asia-Pacific Boating that the concept met with interest during Singapore Maritime Week. “There was a lot of interest from the entire value chain. Certainly, there are a lot of people/companies thinking the same in terms of overcoming the problem linked to resistance in water for high speed, but do not have the competence to explore it themselves.” 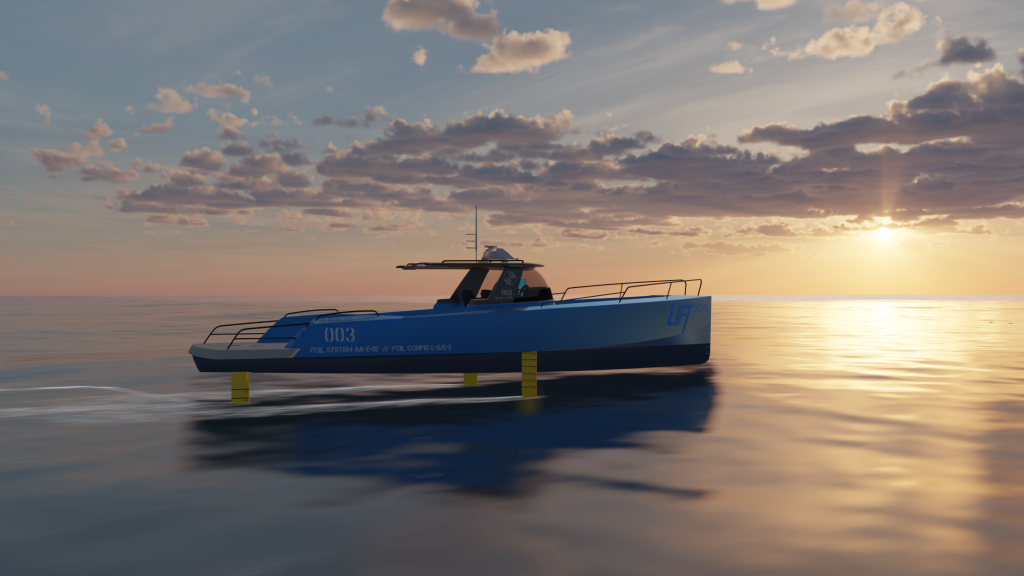 A leisure boat concept developed by Lift Ocean AS

Pedersen noted that the main development would be for passenger boats. “For the leisure market, we are also working on some concepts to be further discussed with central players in this segment.” 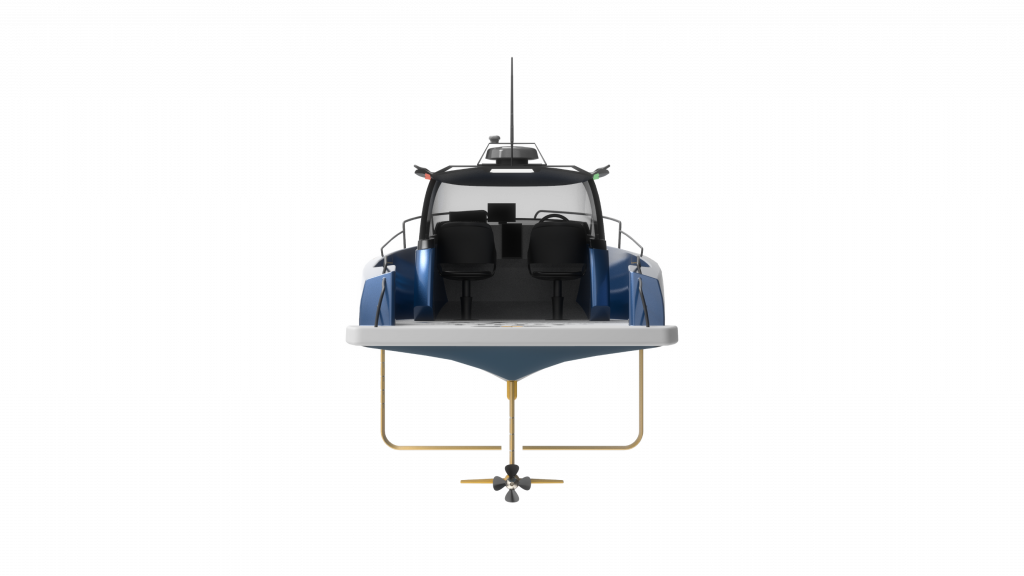