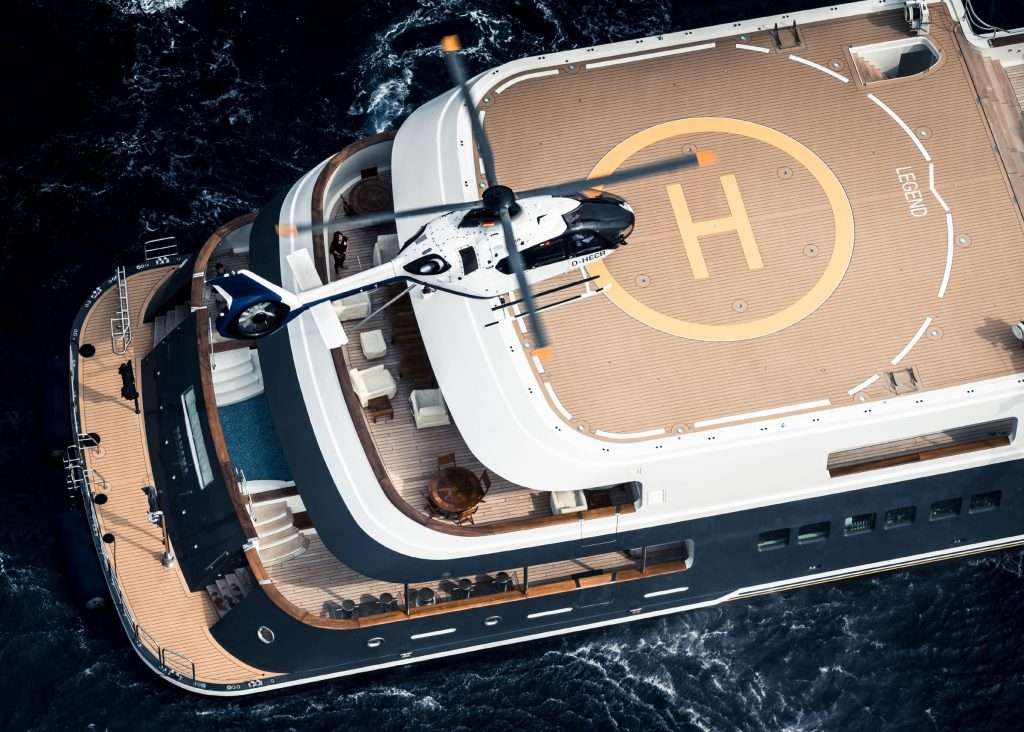 What’s a superyacht without a helicopter? For anything over 60 metres, it’s practically a must, despite the added headaches of creating the helipad to certification and, of course, the added expense of helicopter, fuel and pilot.

Yet, with the growing range of expedition yachts combined with a growing interest from owners in exploring inland, helicopters aren’t going anywhere but up. 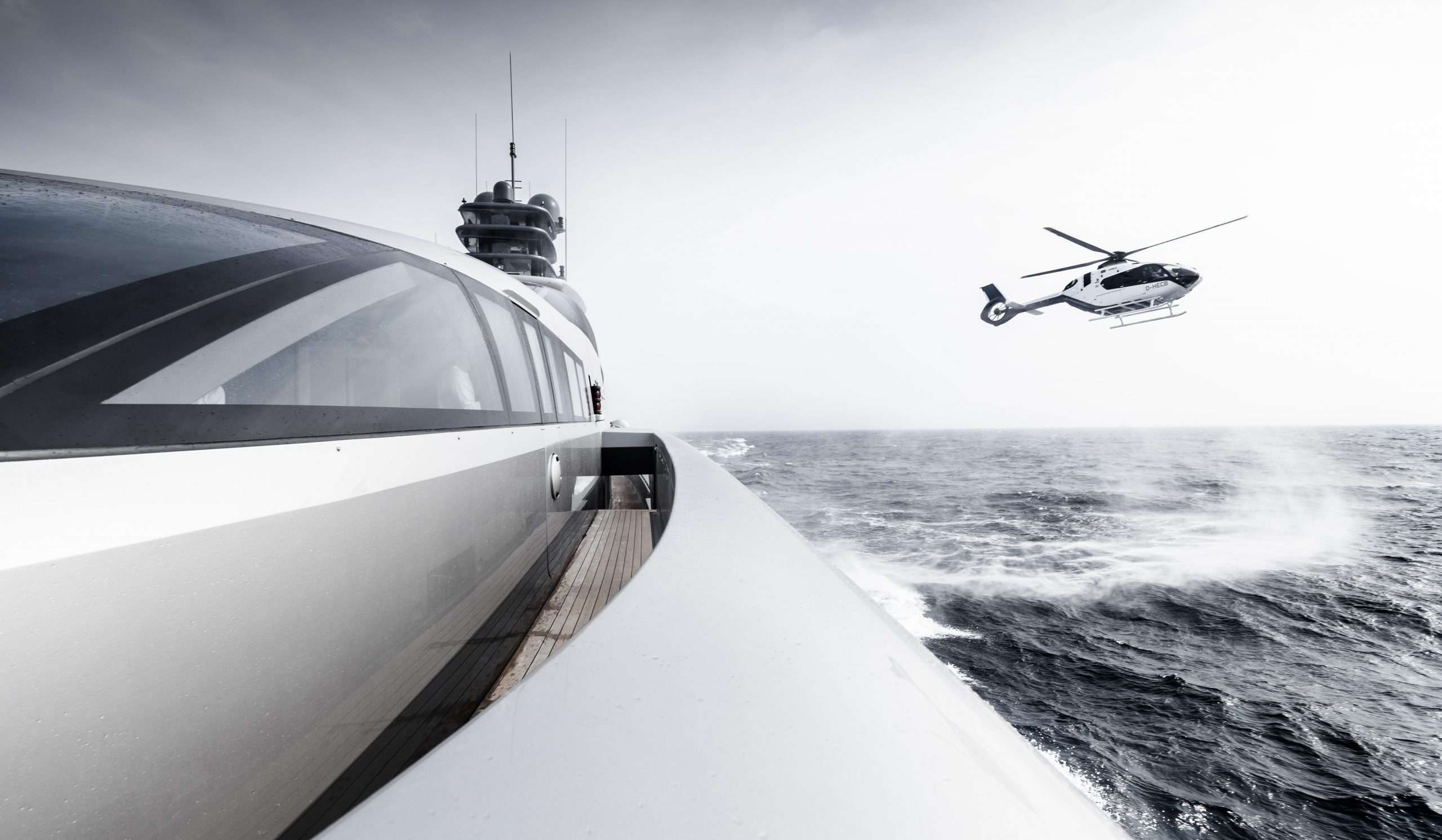 In addition to having a helicopter on hand for expeditions, they also offer some degree of safety – guests with medical emergencies can be quickly evacuated to shore.

The smallest yacht with a dedicated helipad is the 14-metre catamaran Kukai from Pachoud Yachts in New Zealand. Kukai’s flybridge is completely given over to the helipad and operations. One of the first yachts to boast a fully functioning helipad was Buckpasser, the 36.6-metre yacht built in 1985 by the Hitachi-Zosen shipyard. 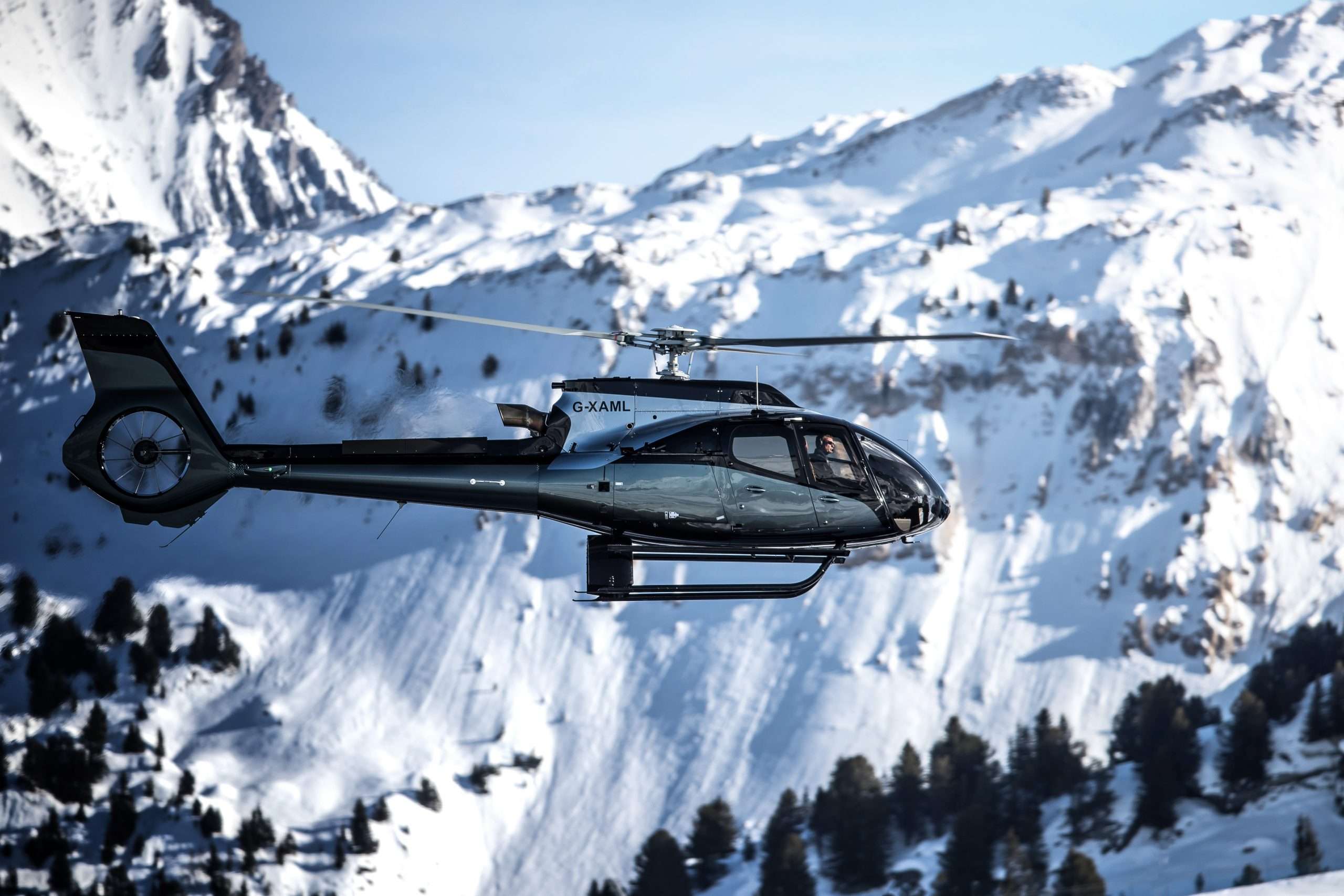 Given the growing range of expedition-style superyachts, it’s easy to imagine a growing demand for helicopters to go with them. The 2018 expedition yacht, Planet Nine, features a dedicated helideck with helicopter hanger, allowing two helicopters to be stored on board at the same time. 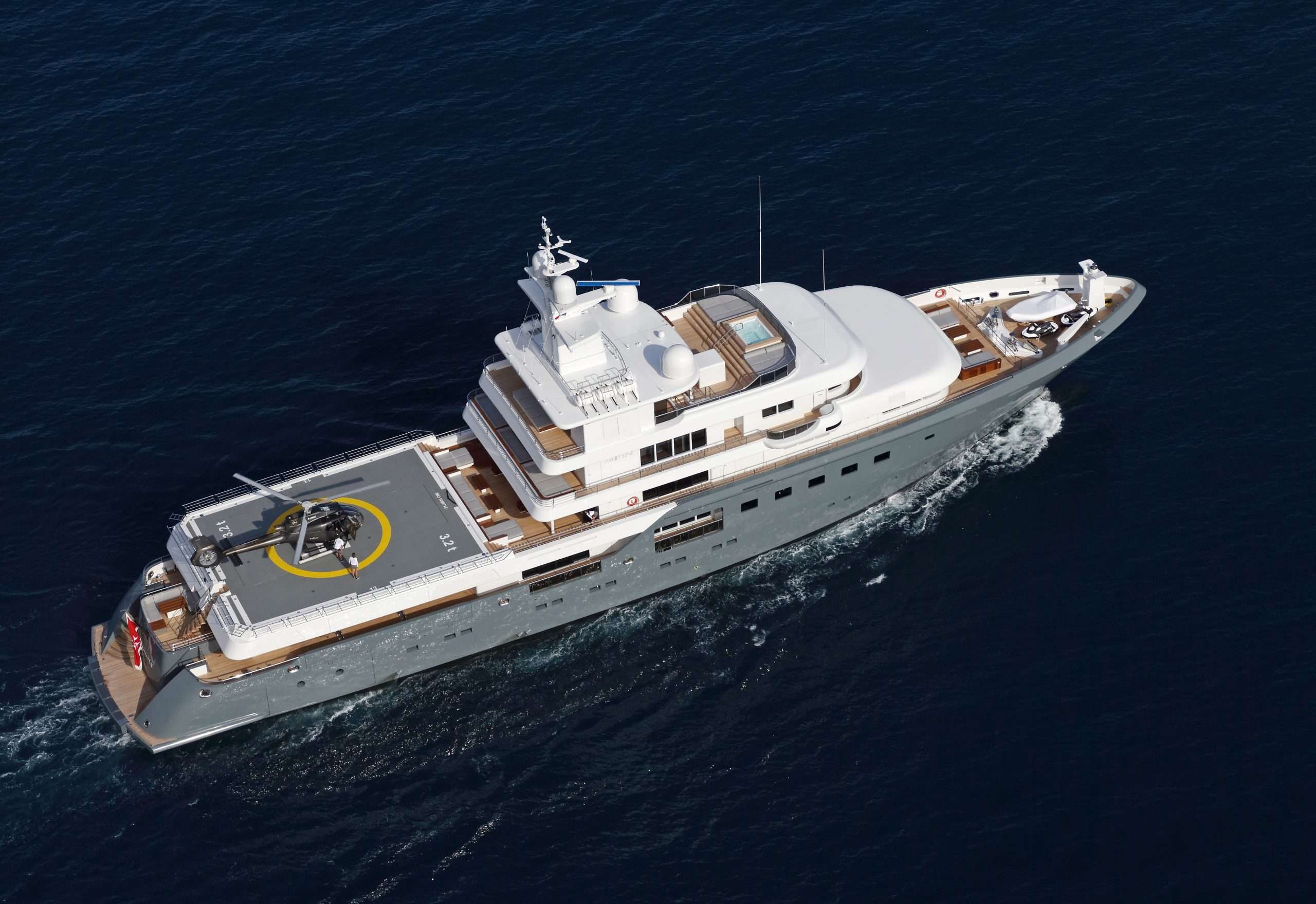 “Our entire range of civil helicopters is available for operation from superyachts,” says Frederic Lemos of Airbus Corporate Helicopters (ACH). Lemos says that the two aircraft from Airbus that frequently wind up serving superyachts are the ACH135 and the ACH145. The 145 is valued for its ability to change passenger seating configuration quickly, from four to eight passengers, allowing for the option of more luggage or cargo. 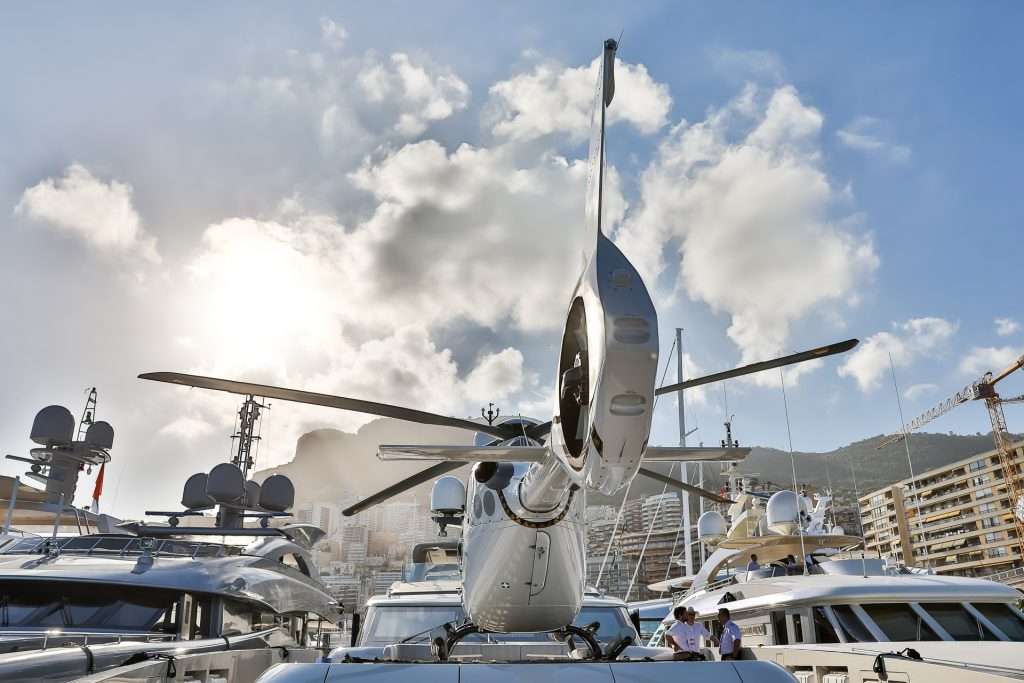 Business Jet Traveler estimates the cost of a basic H145 helicopter from Airbus at just under US$10 million.

Lemos says expedition yacht owners favour the ACH145 for its low maintenance requirements. Next year, Airbus will deliver an ACH145 to the 183-metre REV Ocean, which will be the world’s largest superyacht when it is finally delivered. 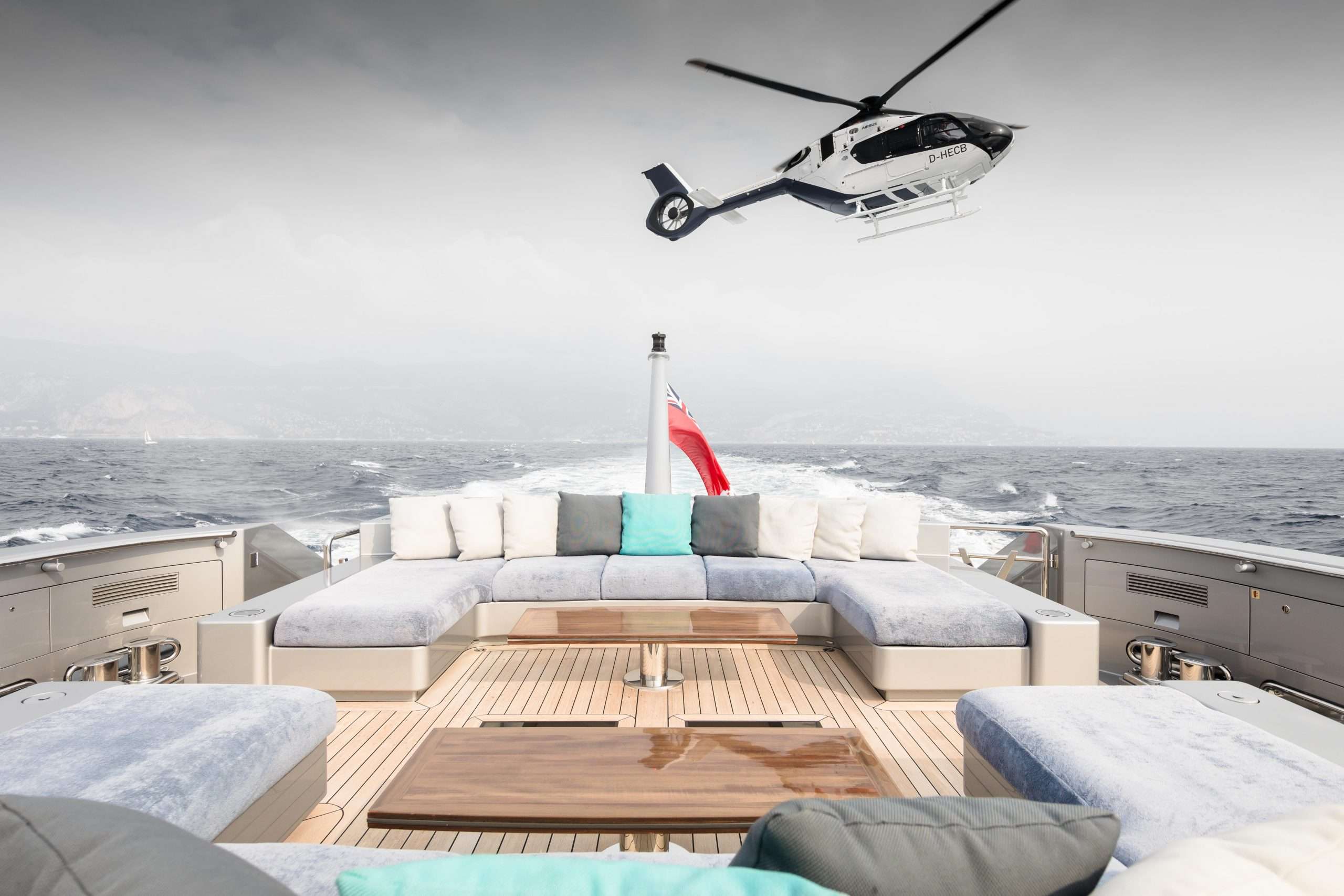 Airbus recently released a five-bladed version of the ACH145, yielding another 150 kilogrammes of payload capacity. The ACH145 cruises at over 130 knots and has a range of 360 nautical miles – about the distance between Hong Kong and Kaohsiung, Taiwan. 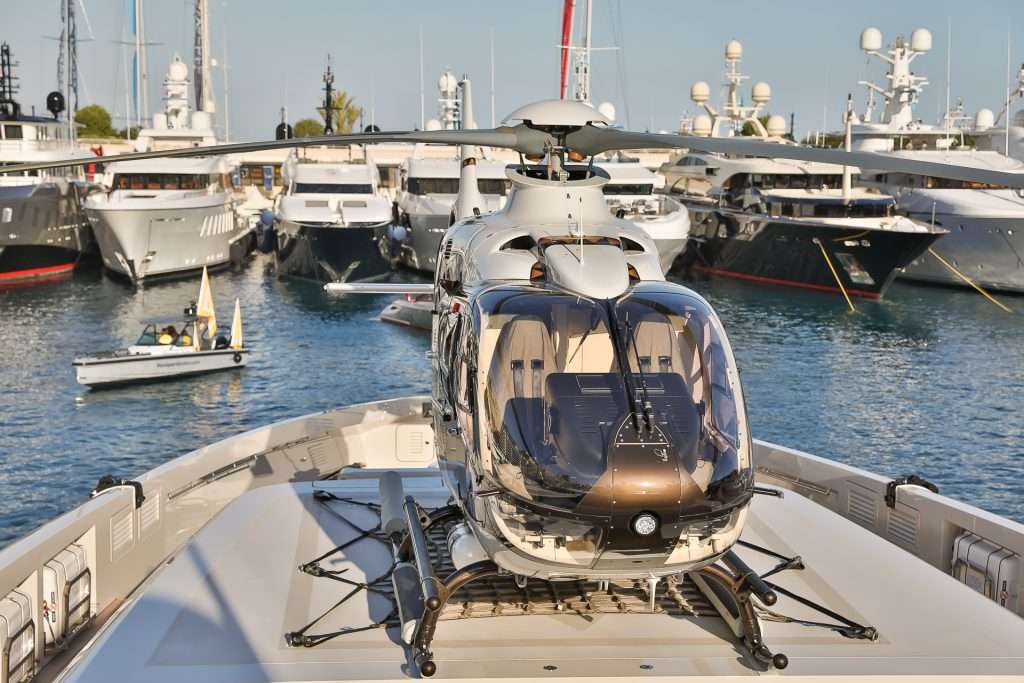 “We launched our collaboration with Aston Martin at the start of the year and we’ve been delighted with the response,” says Lemos. The collaboration is based on the single-engine ACH130.

Airbus has even created a special mobile phone app, ACH for Yachts, to help owners understand the design requirements

“We’ve sold the first two ACH130 Aston Martin Editions – one in the UK and one on the other side of the world in New Zealand – and though the whole market has been markedly slowed by the pandemic crisis, we have plenty of interest from all around the globe,” adds Lemos. 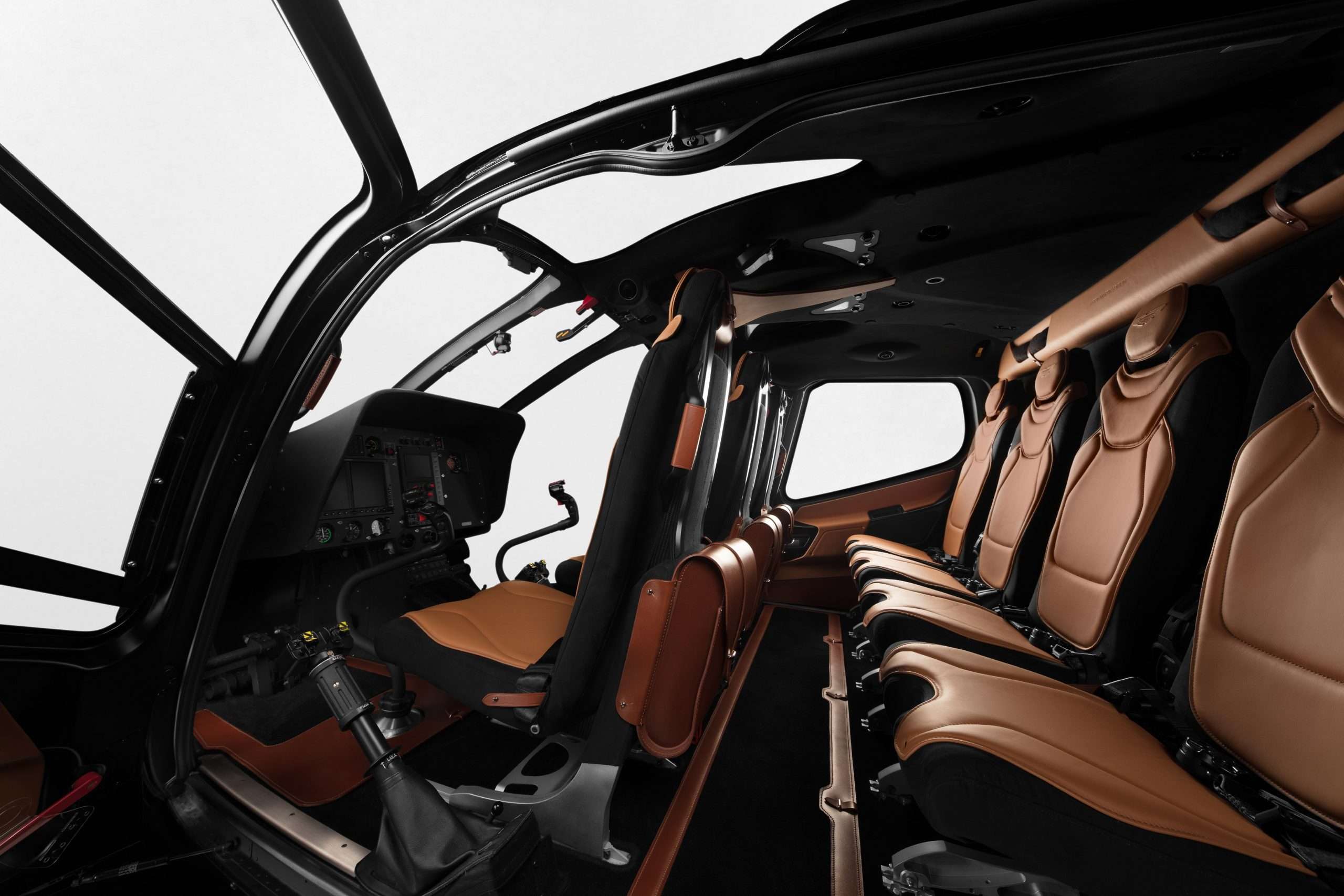 Helicopter operations need to be considered from the beginning of the design process. Airbus has even created a special mobile phone app, ACH for Yachts, to help owners understand the design requirements. Buyers of new superyachts will want to decide early on if a helipad is desired and work that into the design brief from the beginning. 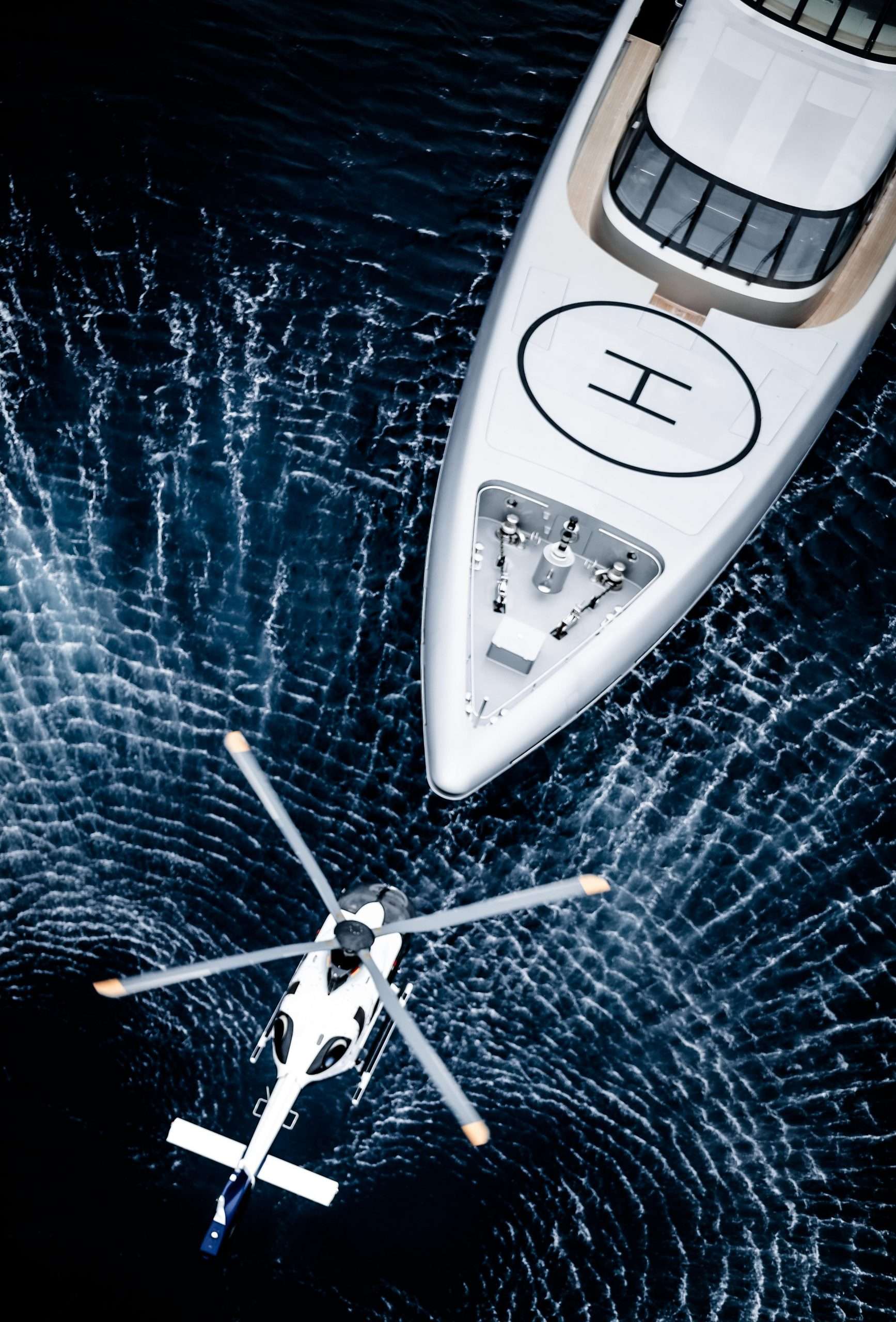 The responsibility for the survey and certification process of commercially operated helicopter landing and storage arrangements is shared between the flag state and its recognised class society, and an aviation inspection body. These strictures cover everything from stowage and securing the helicopter, to fuelling and operating procedures.

According to global maritime classification society Lloyd’s Register, some yacht owners opt not to have their helipads commercially certified and kept for private use only. Such helipads are referred to as “touch and go”, though Lloyd’s Register does not recognise any such status.

One of the advantages of an expedition-style yacht is the freedom from adhering to the flowing lines characterised by superyachts cruising the Med, to the bolder looks of a yacht built to explore.

The new SeaXplorer series by Damen ranges from 55 metres to 105 metres, and all include certified helidecks. The second in the series, La Datcha, has space for two.