The new prototype will add Volvo Penta's latest electric hybrid engine systems to a Jeanneau NC 37, which will be available to customers for trial and feedback

The project builds on Volvo Penta’s experience in building a hybrid electric vessel, using “helm to prop” technology, for a vessel used by an expedition touring company based on Svalbard, which was launched in 2022.

Read: Interview with Yann Masselot on new technology and Asia

The demo boat will be a Jeanneau NC 37 model equipped with a Volvo Penta twin D4-320 DPI Aquamatic hybrid-electric concept engine. The boat will also have Volvo Penta’s joystick docking system and the Dynamic Positioning System, which have been adapted to work in electric mode. This demo boat will also feature a hydraulic clutch for silent shifting at low engine speeds.

Beneteau Group says that sustainability and the ability to motor in silence will be key factors for future yacht buyers. The company has announced plans to add electric propulsion options to several of its yachts. 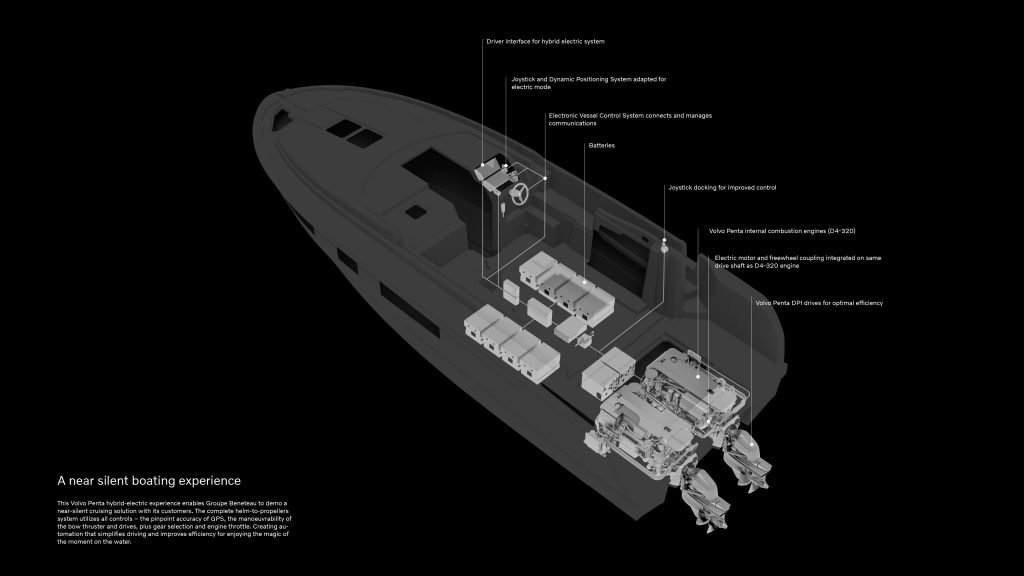 “We see hybrid propulsion as one of the keys to unlocking new ways of enjoying being on the water. This will be a much quieter experience that is more respectful of the marine world, with the potential to change the way we live and enjoy boating,” said Erik Stromberg, Vice President of Power and Motor Yacht Products, Groupe Beneteau. “Our roadmap includes the rapid introduction and commercialisation of hybrid models across several of our market segments.” 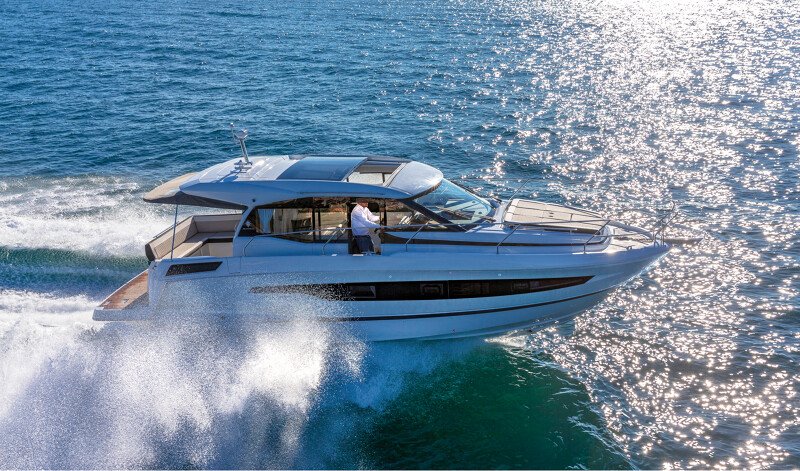 The demo boat will stay at Volvo Penta’s Krossholmen test facility in Sweden, where media, customers and dealers will be invited to see the yacht, though it will not be available for sale. This is the first time Volvo Penta has invited end users to its test facility during the concept phase of development. Volvo Penta says the project with Beneteau is the first trial of its hybrid tech in the leisure marine segment.

“Feedback we get during this process will be incorporated into our ongoing development process. By running customer trials alongside product development, we will accelerate transformation in boating and ensure our finished products are market-ready,” said Johan Inden, President of the Marine Business at Volvo Penta.