Deep within the Belize factory, the boatbuilding team members are burning the midnight oil to have the new 66 Daybridge in shipshape ahead of its world premiere at the Fort Lauderdale Boat Show (October 30-November 3). 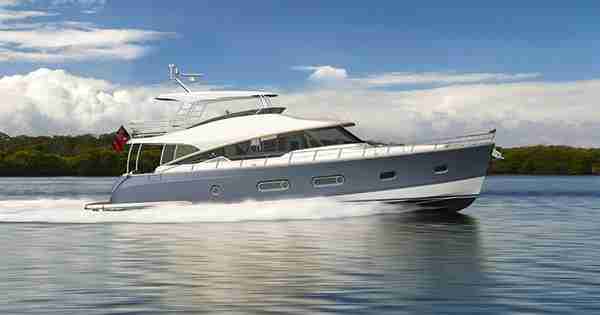 Tooling work and interior fit-out are proceeding apace, and Belize motoryacht specialist Doug Nelson, who is overseeing the construction, couldn’t be happier with the outcomes. “Right now, the hull, deck and daybridge are connected, and the hardtop is also completed,” he said. “There’s an electric folding canvas sunroof and a retractable shade awning over the rear deck, plus stainless work of the highest quality. She’s looking fantastic.”

A four-cabin arrangement has been specified for the show-bound motoryacht as a point of difference to the 66 Sedan that was launched in 2018 – that vessel sported the Grand Presidential design with full-beam master stateroom including office space and full-beam bathroom, which naturally remains an option for the Daybridge.

The ‘Classic’ layout retains the full bathroom and also has a laundry space aft, a feature previously unseen, while the fourth cabin containing double pulman bunks occupies the area formerly utilised by the office on the starboard side. 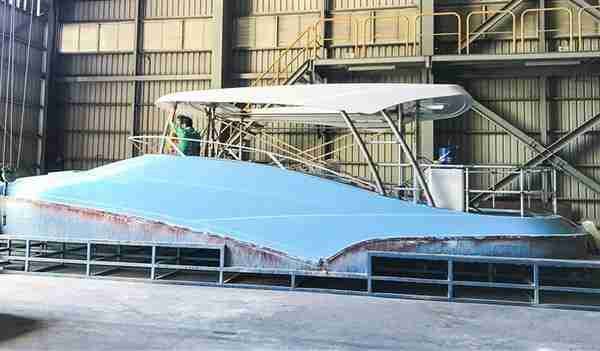 Where the Sedan has a large helm station near the centreline of the saloon, with three forward-facing pedestal seats, the Daybridge has a smaller console to starboard, accommodating a single seat, 22-inch screen, sports wheel and controls. The additional space to port is used to create a dedicated dining area.

The main driving station is on the Daybridge and boasts two 22-inch navigation screens and a 17-inch screen, all Garmin Glass Cockpit integrated with the Volvo Penta systems. There are three helm seats, all upholstered with premium Sunbrella outdoor fabric. The throttles are located to the skipper’s left and joystick to the right, which includes effortless joystick steering as standard.

Daybridge access is via internal stairs adjacent to the aft galley, which is safe when underway and keeps the cockpit space uncluttered. According to Doug Nelson, optional front and side clears can be fitted to the Daybridge. For added comfort, optional air-conditioning vents can provide a cool breeze. 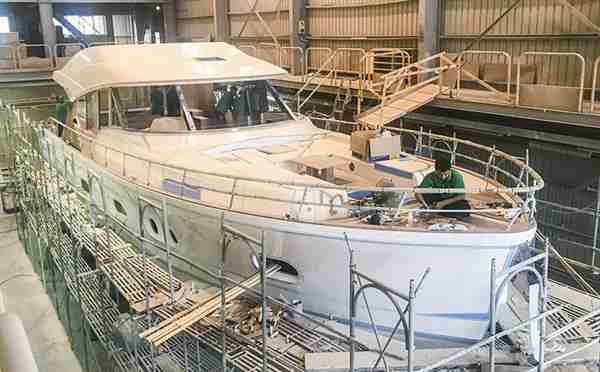 As with the 66 Sedan, a tender garage resides beneath the large teak-laid cockpit, which avails the foredeck space to be utilised for a U-shaped lounge surrounding an additional timber table.

Volvo Penta IPS3 drives, specifically developed for the D-13 1350 engines that generate 1000hp apiece, are anticipated to deliver a top speed of around 33 knots, along with exhilarating mid-range performance and impressive economy. 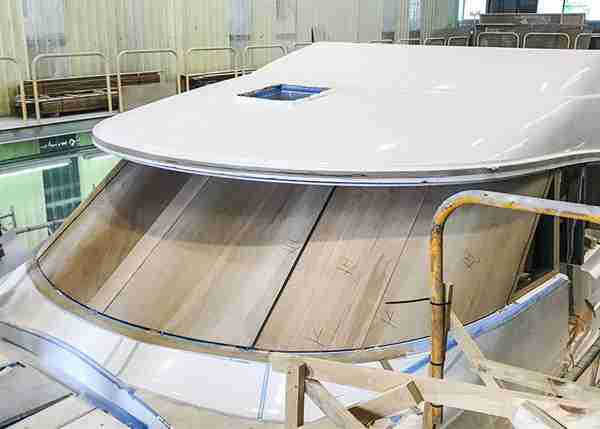 “The 66 Sedan handles incredibly,” Doug Nelson adds. “It’s like a big speedboat that gets up and planing in just seven seconds. The Belize hulls are strongly built, and careful consideration has been made for weight.”

The Belize 66 Daybridge was designed by Steve Ford in collaboration with the Riviera and Belize design team.

Riviera Australia CEO Wes Moxey, co-founder of the Belize marque, expects the Daybridge to be in a class of its own when launched to an appreciative American market later this year. “The 66 will give owners a stepping stone from the Belize 54 Daybridge, which has been very popular in the United States,” Mr Moxey said. “The interior volume and level of appointment and craftsmanship, along with her planing performance, really sets this model apart from her competitors. With only a finite number of Belize yachts being built each year, usually with bespoke finishes and details, it ensures each yacht is something quite special and unique.”